[Local Cultural Tour] Traveling around the harbor by sampan, learning about the history of Aberdeen, and experiencing home boat life

When talking about Aberdeen, most people only think of it as a remote place and a concentration of people on the water. But have you ever wondered why Aberdeen is called a typhoon shelter, and whether the name of Aberdeen and Hong Kong is related? With incense 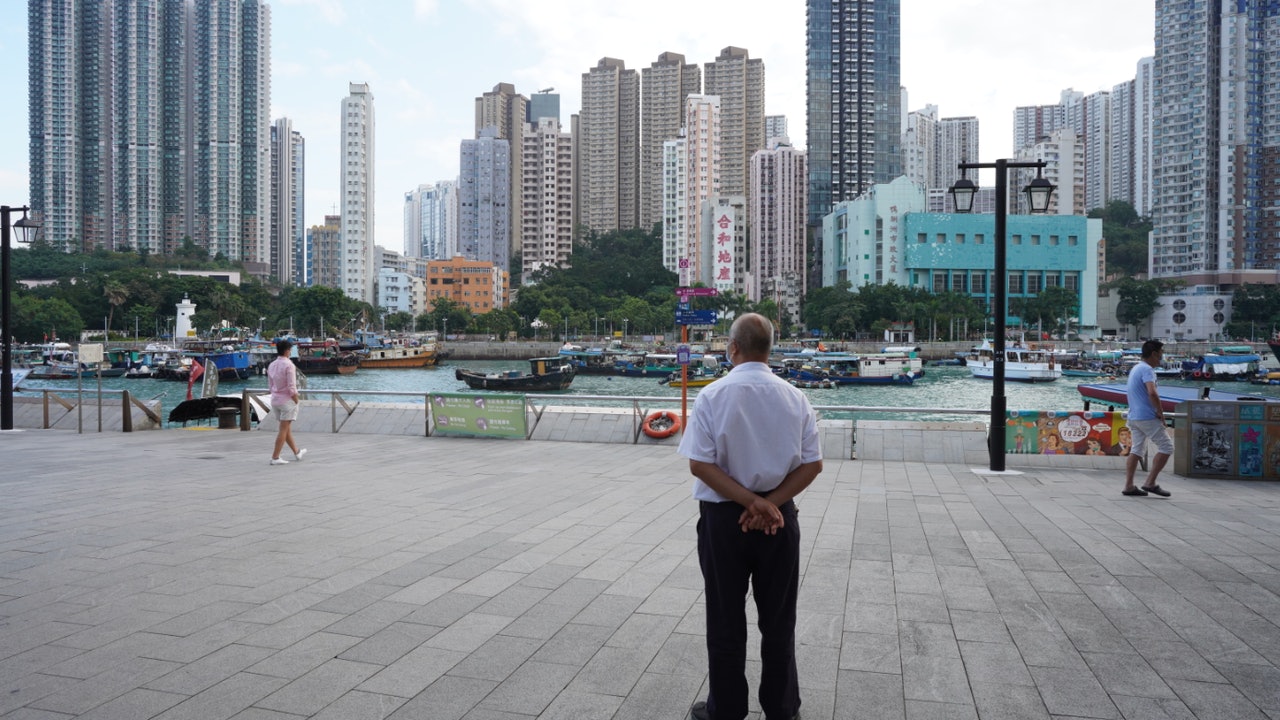 When talking about Aberdeen, most people only think of it as a remote place and a concentration of people on the water. But have you ever wondered why Aberdeen is called a typhoon shelter, and whether the name of Aberdeen and Hong Kong is related?

With the development of Hong Kong, the history of these places is slowly forgotten.

Some organizations hope to preserve the major events that have occurred in this bay and the culture of the area, so they launched guided tours to tell local and overseas people the history of Aberdeen.

The guided tour of "Langyou Fishing Port 1773" mainly led the participants to take a sampan to tour the harbors around Aberdeen.

A sampan is a kind of marine transportation. At first, it was a simple ship consisting of only three wooden boards. Later, it became the main transportation tool to assist marine residents and workers to and from the harbor, so it was called a sea taxi.

However, starting in the 1980s, the completion of the Ap Lei Chau Bridge Road laid the foundation for land transportation in Aberdeen.

After the addition of railways in 2016, there will be more transportation options to and from the outer areas.

Traveling around Aberdeen in a sampan, in addition to enjoying the sea breeze and enjoying the scenery of the fishing port, you can also visit the house of the former aquatic people-the house boat.

The origin of Hong Kong's name is related to Wanxiang

At the beginning of the guided tour, riding on the sampan, oncoming the sea breeze and the words of the guide introducing Aberdeen, "We are the first of the four major fishing ports in Hong Kong, Aberdeen, which has witnessed the rise and fall of Hong Kong’s fishing industry. ..." It turns out that Aberdeen used to have two functions, and these have influenced the naming of Hong Kong and Aberdeen.

In the Ming and Qing dynasties, Aberdeen was used to deliver fragrances.

At that time, Wanxiang was abundant in the vicinity of Hong Kong. Wanxiang became a famous tribute because of its fragrant smell. The fragrance produced every year was transported by boat from Tsim Sha Tsui to Aberdeen, and then transferred to Guangzhou.

Because of the scents during the delivery of fragrances, Aberdeen was once known as Hong Kong, and it is more likely to be the origin of the naming of Hong Kong.

The typhoon shelter is derived from the natural terrain of Aberdeen

Whenever a typhoon encounters a typhoon, the boat owners will moor their boats to some relatively safe places for temporary shelter. Aberdeen is the most suitable place.

As an arc-shaped bay, it is already a natural shelter on the ground. With the addition of a breakwater built later, this place can be used to avoid gales and waves, and it is called a typhoon shelter.

Only one shipyard left in Aberdeen

Due to the relatively safe location, many fishermen stay in this harbor to live, making the typhoon shelter a concentrated area for floating people.

In the early days of Hong Kong's opening as a port, the main development of the port and shipping industry required the construction of more piers and docks to accommodate more ships. Under this supply and demand, the waterfront of Aberdeen at that time became a dock for the construction and repair of ships.

However, the demand in this area has fallen sharply. There are currently only 60 shipyards in Aberdeen and Ap Lei Chau, of which only one continues to build ships, and the others are mainly repair and maintenance.

After the completion of the Treasure Kingdom, it becomes an alternative check-in point

Affected by the epidemic this year, Treasure Kingdom, which officially closed in March, became one of the attractions of the guided tour.

People can get close to this unique floating restaurant consisting of two ships-Taibai Seafood Boat and Zhenbao Seafood Boat on the boat.

The Treasure Kingdom uses the traditional Chinese palace as its decoration theme. It has attracted many celebrities such as Queen Elizabeth II to visit in person, and even became a film setting. The classic movie "Dragon Fighting Tiger" starring the late martial arts superstar Bruce Lee was once on the site. Viewfinder.

But before it opened, there had been a fatal fire. At that time, the serial ship burned, the workers trapped inside, and the nearby marine residents were caught. In the end, it was officially opened five years later than expected.

The now closed Treasure Kingdom has become a hot spot for the guided tour. The sampan will stop on the spot to allow participants to take pictures.

The last stop of the itinerary is the home boat. In order to show the real home boat in the original flavor, the objects shown to the participants were all actually used by people on the water.

The home boat, as the name suggests, is used as a place to live, and the fisherman will not start the home boat unless it is necessary.

In the house boat, it is not difficult to see some dried food such as salted fish, dried shrimp and squid.

The home boat used to be a comfortable home for many fishermen. However, as the environment changes and living on the sea faces a lot of threats, many fishermen have moved upstairs to settle.

Although there are still a small number of fishermen living at sea, the number is very small.

"Langyou Fishing Port 1773" is a cultural project under the local company "seayou". It was established in June last year. Lawrence is responsible for the marketing of it.

He lamented that the culture of Hong Kong has disappeared very quickly. "We hope to preserve and inherit the fishermen's culture."

In the guided tour, all the objects displayed on the house boat were obtained from the watermen who had lived in Aberdeen in the past.

He pointed out that the itinerary is based on the combination of the old and the new in Hong Kong. You can see that the old side is preserved, and the new side can also be seen. The work on behalf of fisheries and the sea may not all disappear due to the baptism of the times.

Lawrence expressed the hope that fishermen’s culture can be preserved and passed on.

The origin of the name "Langyou Fishing Port 1773" is inseparable from the nearby Hongsheng Temple.

Lawrence explained that the Hung Shing Old Temple is the oldest temple in Aberdeen. The temple enshrines Hung Shing Ye, the god of the South China Sea, and fishermen have always enshrined him for safety.

"1773 was the year when the temple was built, which is why we named the guided tour Langyou Fishing Port 1773."

Aberdeen and Lawrence also have a fate.

He participated in the dragon boat team when he was in college. At that time, he would also come here to practice almost every week. It was also because he practiced dragon boat climbing, which made him recognize the founder of the company and developed it into the current guided tour. "Maybe many younger generations and previous ones Like me, I think this place is nothing special, but once you understand the culture of the district, you will find that each district in Hong Kong has its own unique story. It would be better if someone were willing to tell them."

Sheung Shui Luohu Bike Tour costs $788. One organizer: It’s a personal opinion whether it’s worth it or not

[Local Cultural Tour] Traveling around the harbor by sampan, learning about the history of Aberdeen, and experiencing home boat life 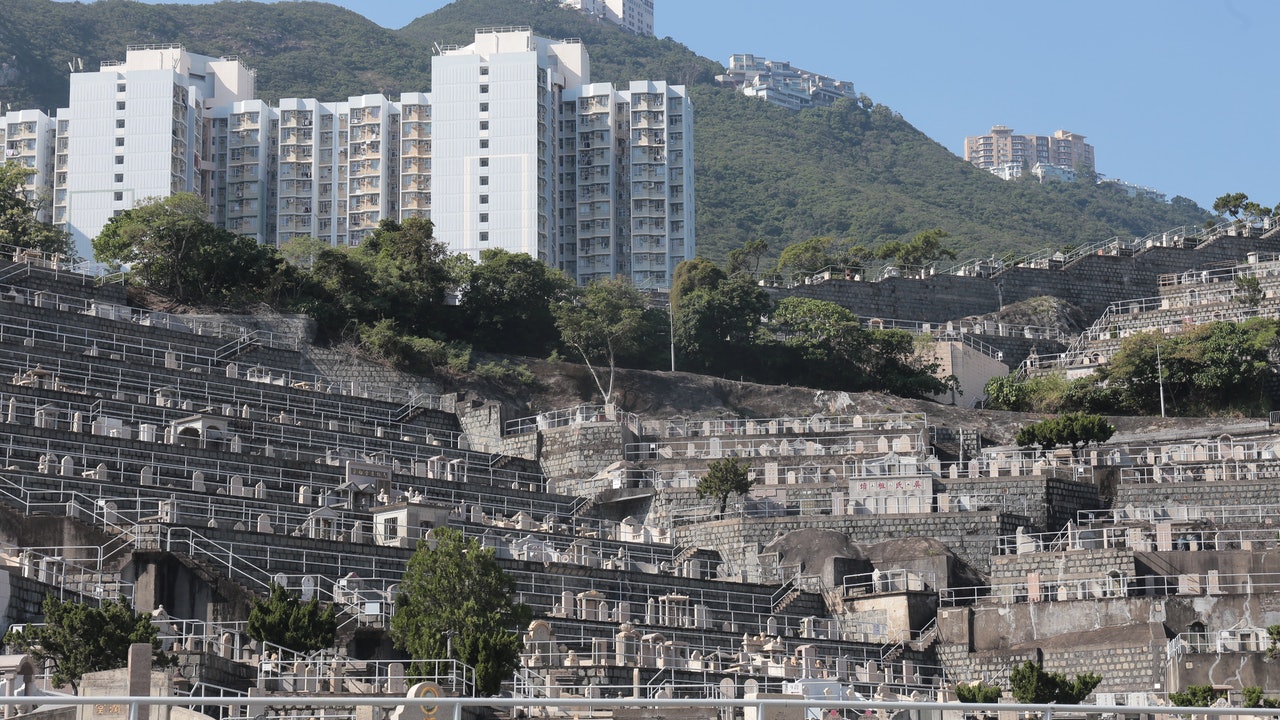 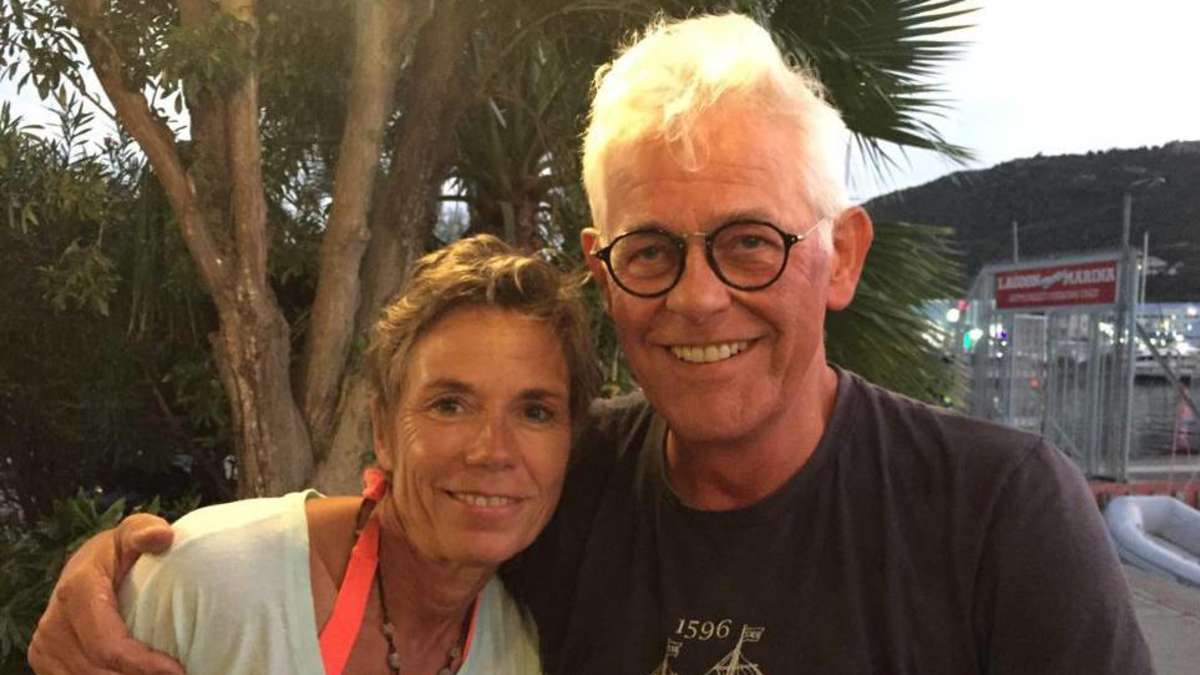 This is how the Ickingen circumnavigators Katja and Ansgar Scherf feel 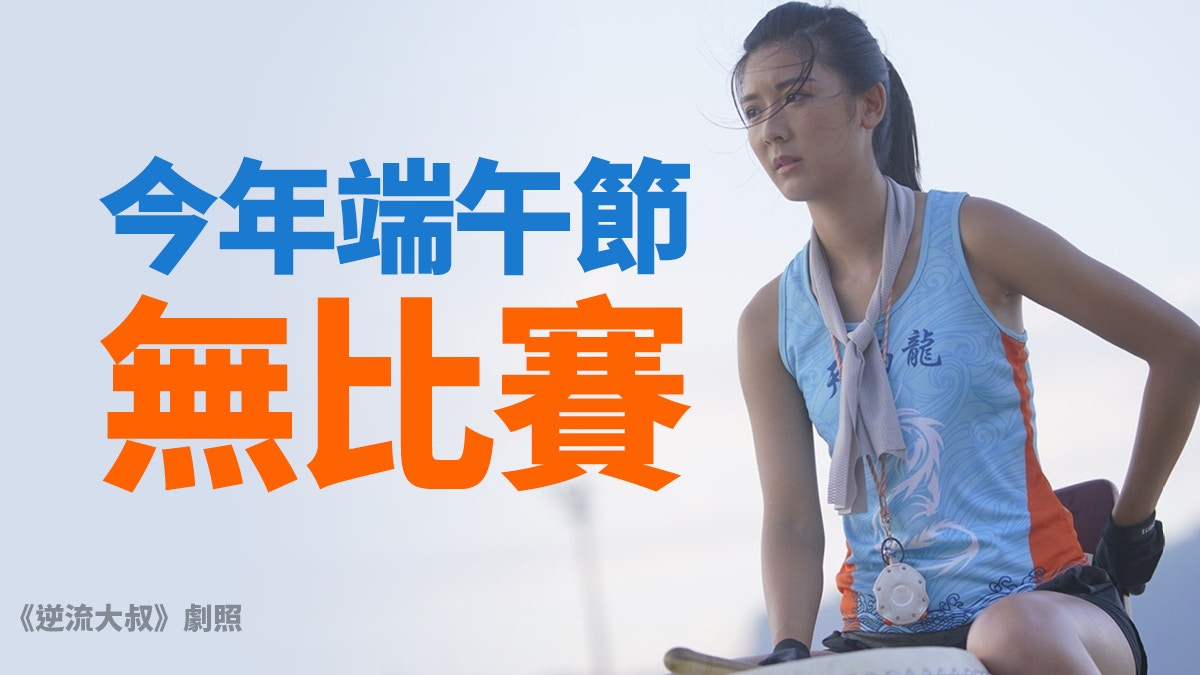 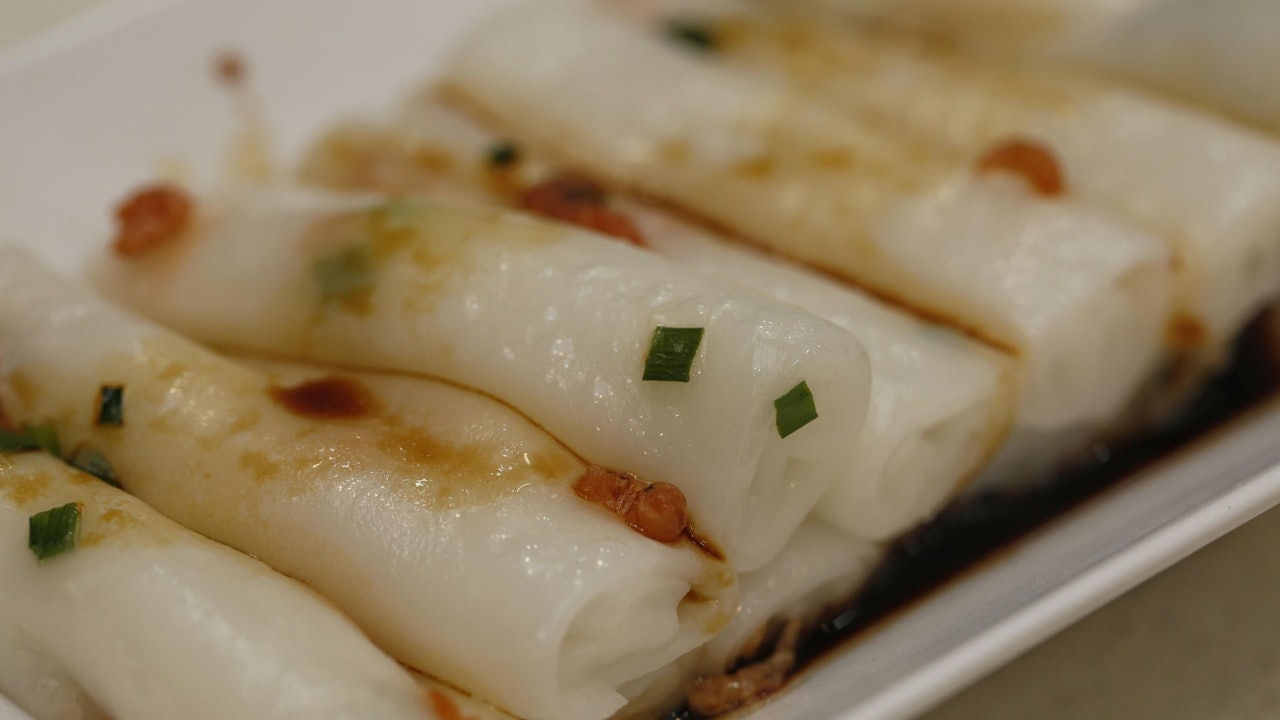 Culture has no siesta Under the epidemic of travel agency, online tourism seminars and publicity services guarantee 80% of income without layoffs 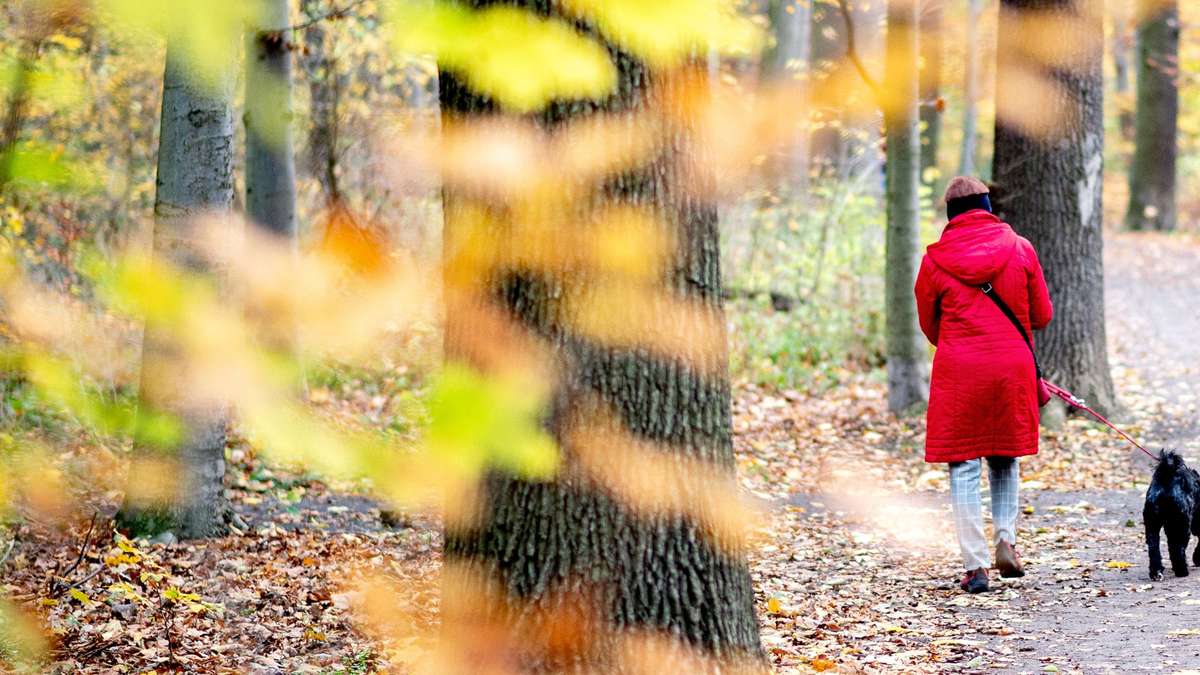 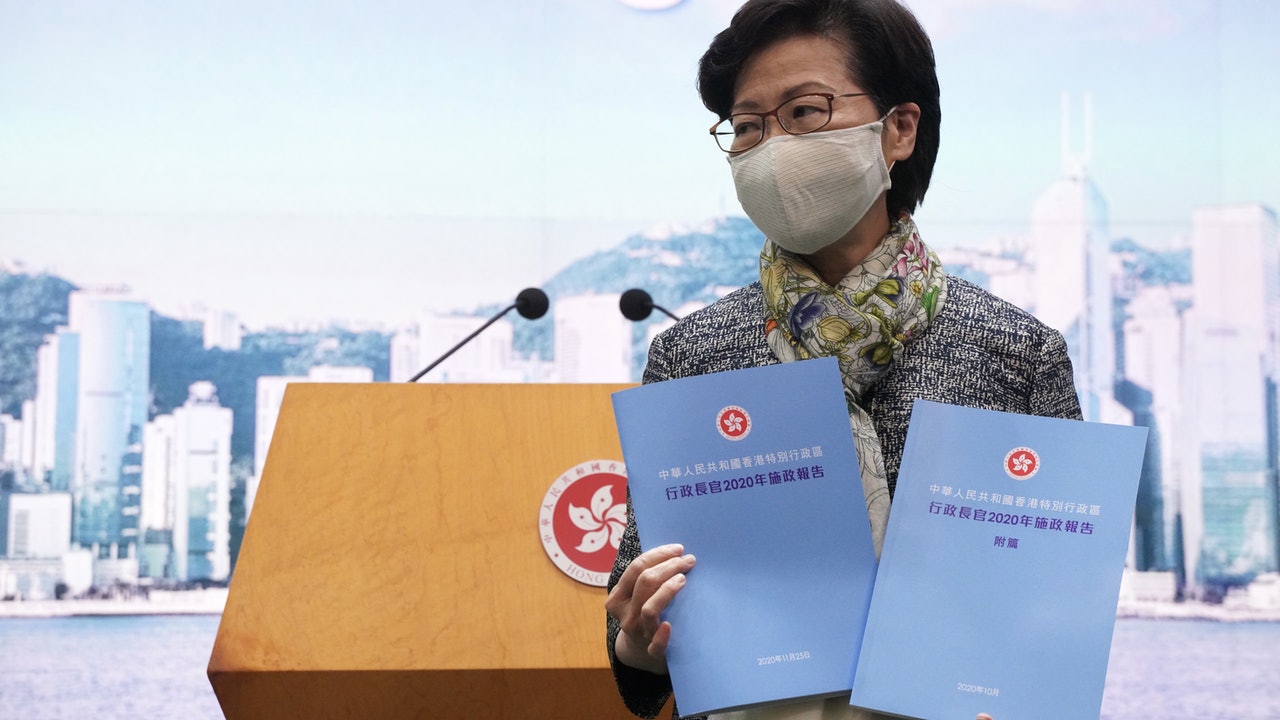 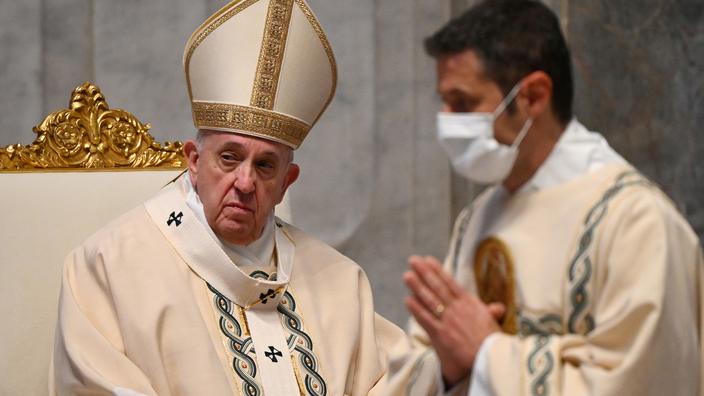 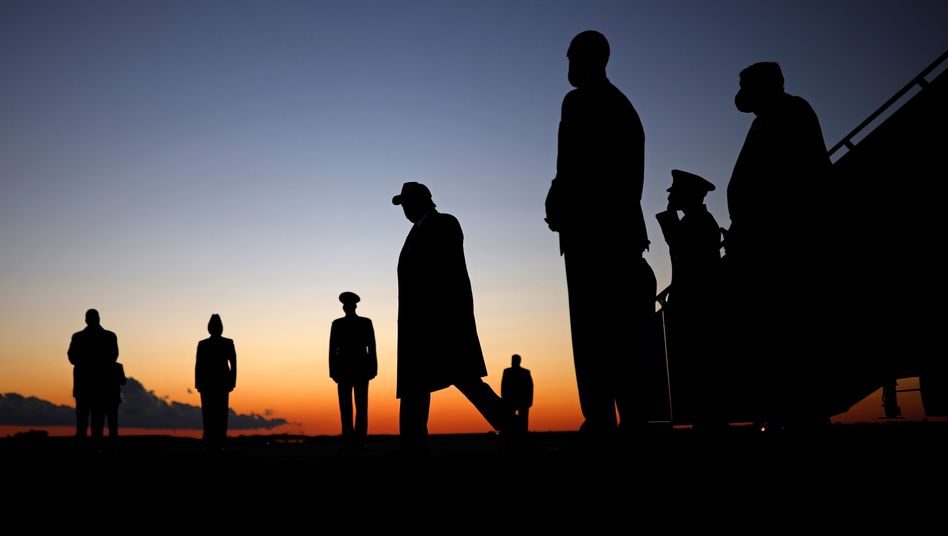