Elections in the United States: Even if Donald Trump Loses, "Trumpism" Will Still Live

When all the votes are counted, they may end up defining the president's defeat. But if there is one thing that was clear in this election, it is that its base is still alive and the Republican Party will have to adapt to that reality. 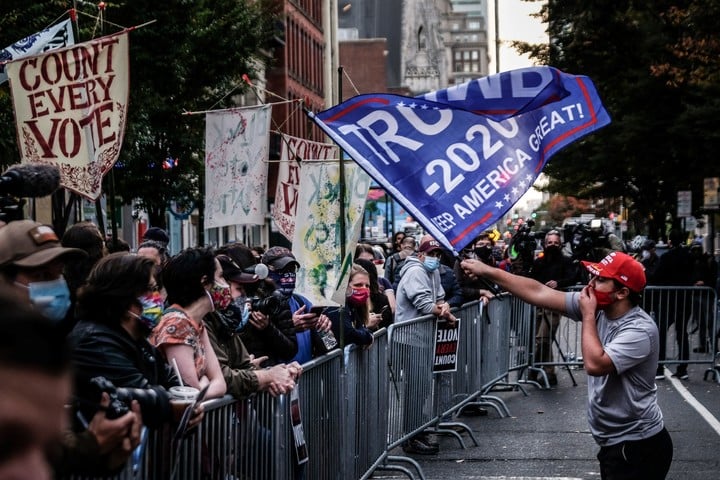 When all the votes are counted, they may end up defining the defeat of Donald Trump.

But if there is one thing that was clear in this election, it is that, regardless of its leader leaving the White House,

and that the Republican Party will have to see how it adapts to this new reality.

They were four years of a chaotic presidency

, in which officials were thrown in and out of their positions in months, where fights with the press, insults and attacks on rivals, racist and xenophobic messages, lies, corruption scandals, impeachment and a controversial management of the pandemic that has already caused 233,000 deaths.

Democrats believed that with that background, Americans would remove Trump from power in a forceful and sweeping way at the polls.

A quick and clean result would have clarified the direction of the country and sent a signal to the Republican party that its supporters were tired of Trump trying to rethink their future.

But, beyond the final scrutiny,

- four million more than in 2016 -, wins in key states and more support than four years ago in Florida and Texas.

It also extended its leadership in groups of white, Latino and even African American workers.

Far from the opposition barrage predicted by the polls, Republicans are heading to retain the majority in the Senate and win more seats in Representatives.

Wrapped in the charisma, political incorrectness and economic management of their leader,

Trump supporters were more energized than ever and will now seek answers.

If the president finally ends up losing, his mark will have remained and the party will have to think about what to do with certain “Trumpist” slogans that do not represent the republican essence such as protectionism, the rejection of multilateralism and the entry of immigrants, the trade war and the loss global leadership.

and how they will position him in American history and in that of the party.

But I think there is a potentially bright future for the party without him.

If the party returns with a more stable, “more presidential” candidate, in 2024 it could position itself very well, especially if the economy improves ”.

John Zaller, professor of American Politics at the University of California, told

that “as soon as he ceases to be president, Trump will lose the organization of the Party that was behind him.

Then it will be just Trump and his followers

Thanks to Twitter and other modern forms of communication, he will still be able to communicate with his supporters, and this will give him some political importance.

Whether he will leverage Republican officials in Washington is another question.

It may give you something, as Republican officials may fear your opposition in party primaries.

But without the power of the presidency behind him, Trump's influence on his party will likely be much less than it has been so far. "

It will be hard to see Trump, who loves to be center stage,

ostracized if he has to leave the White House

Surely he will not act like other defeated presidents after a first term, like Jimmy Carter or George Bush Sr., who were secluded in their states.

Rather, you can imagine him furiously tweeting against any measure by Biden, appearing on every television show and perhaps even starring in a reality show from where he fires his darts.

His most fervent supporters predict a bright future for him

Commentator Laura Ingraham said that "Trump is today and will be the leader of the Republican Party, until someone who has the same energy and charisma that he generates."

Others were more adventurous.

Elections in America: the logistical nightmare of counting votes across the country 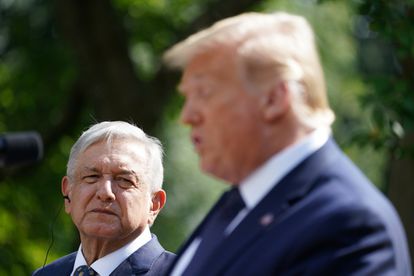 López Obrador responds to Trump's attacks: "I will not allow them to treat Mexico like a piñata" 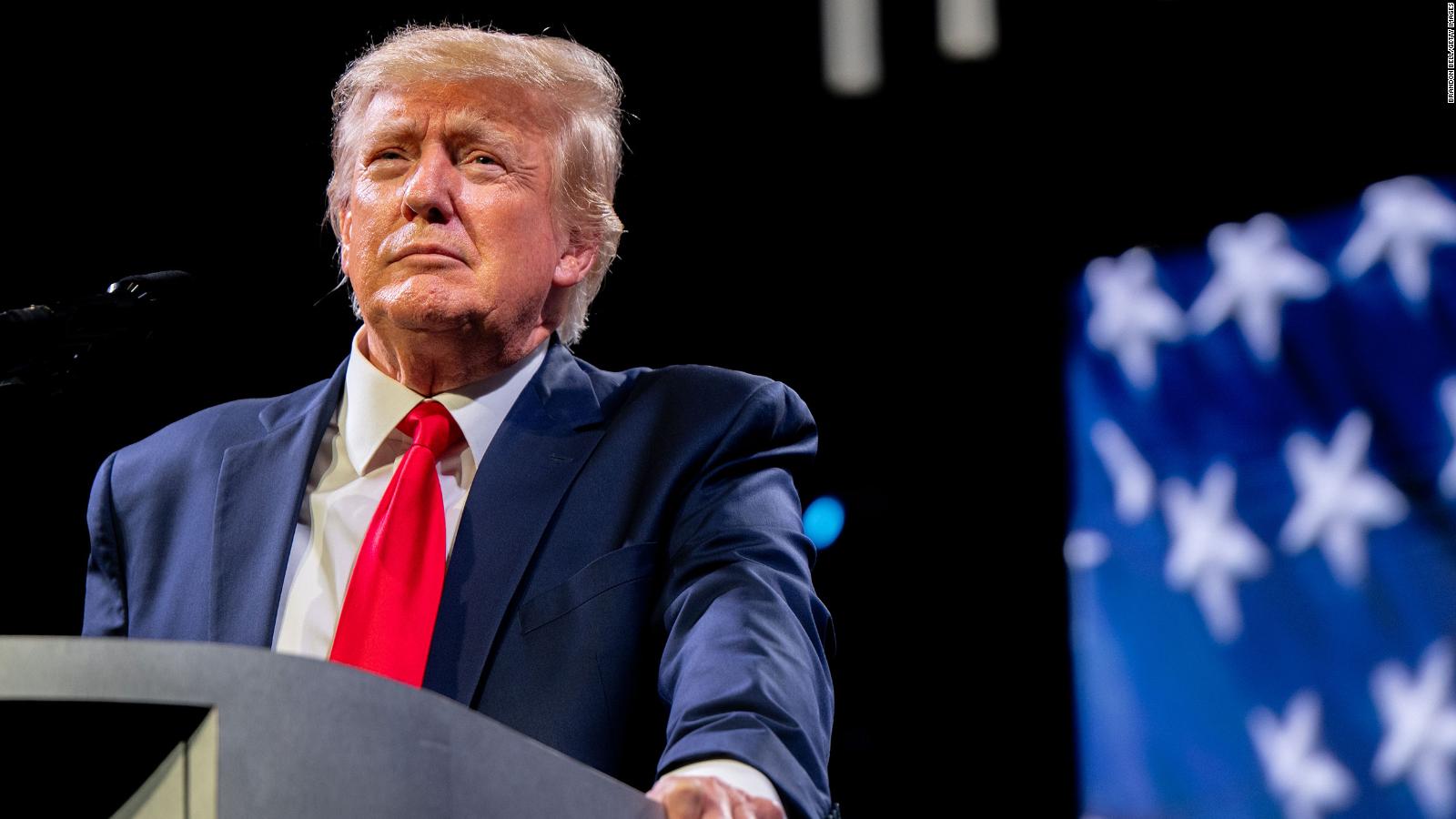 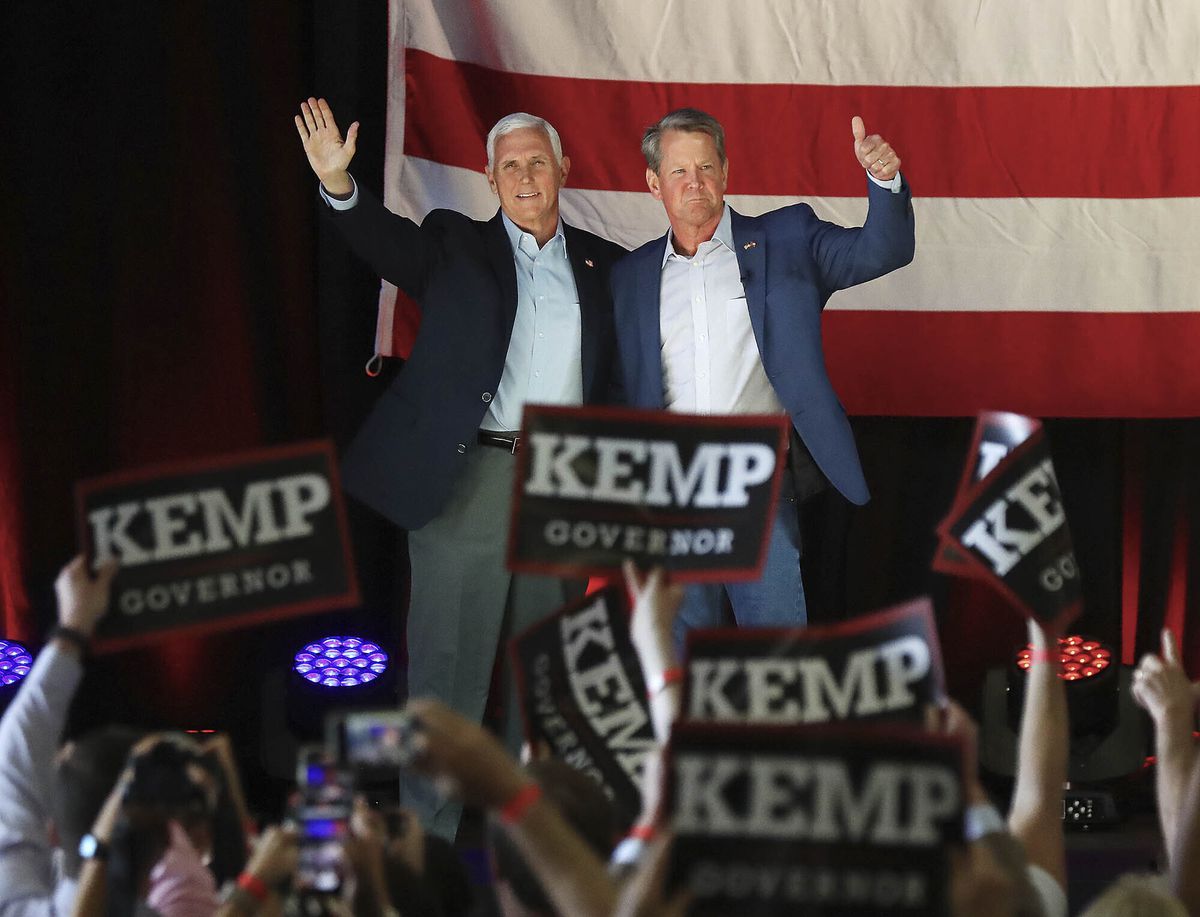 Trump suffers a severe defeat in the Republican primaries in Georgia 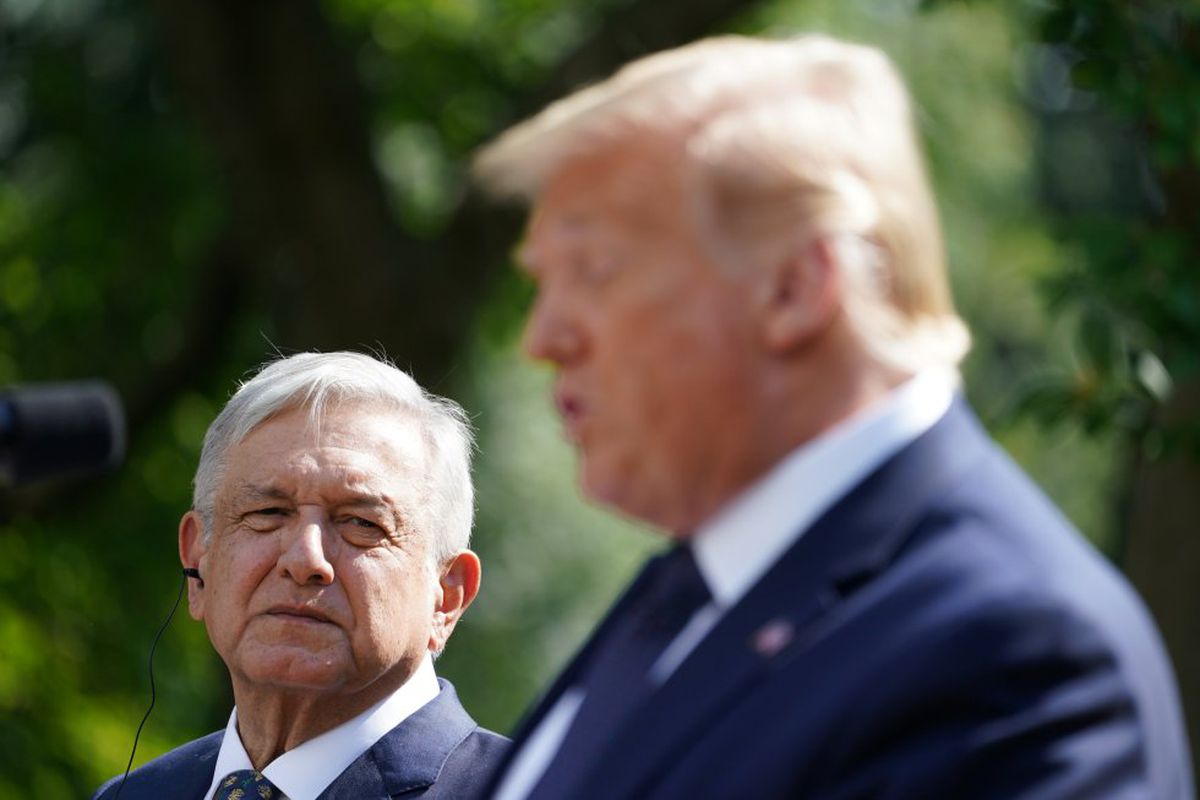 Mexican president responds to Trump's attacks: 'I will not allow them to use Mexico as a piñata' 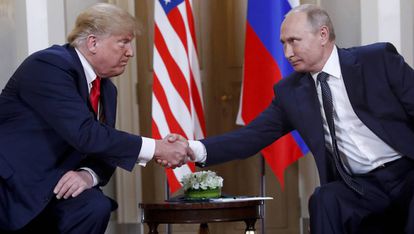 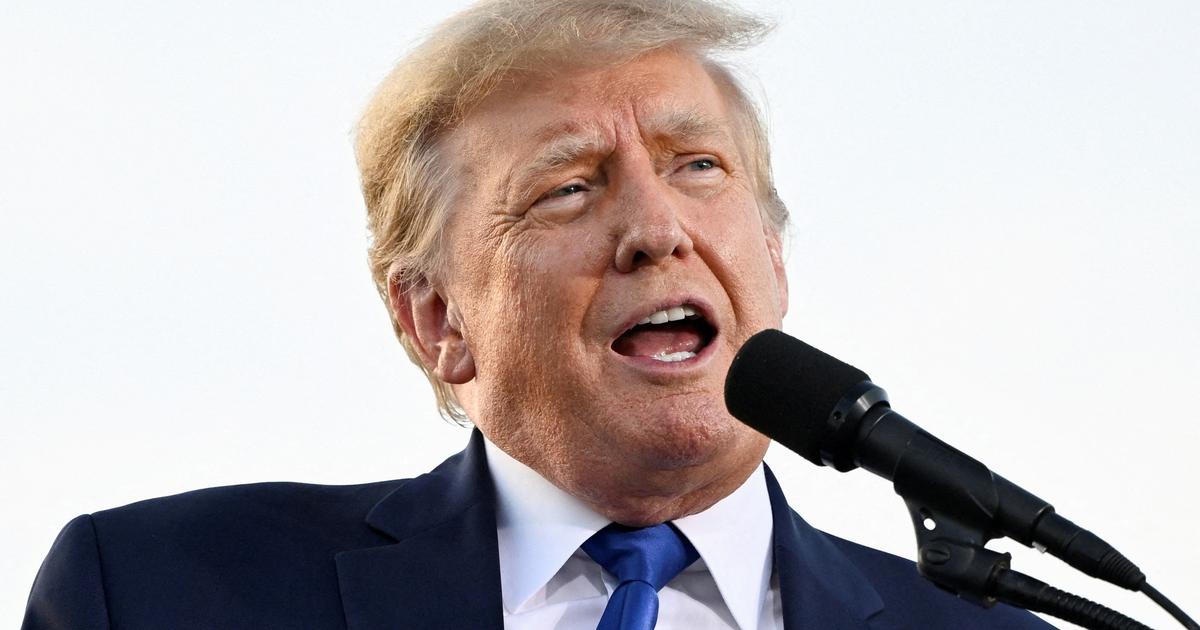 On campaign in 2016, Trump was afraid of throwing 'pineapples' and 'tomatoes' that could 'kill' Ukraine war: Donald Trump calls for the use of nuclear weapons - and spaceships 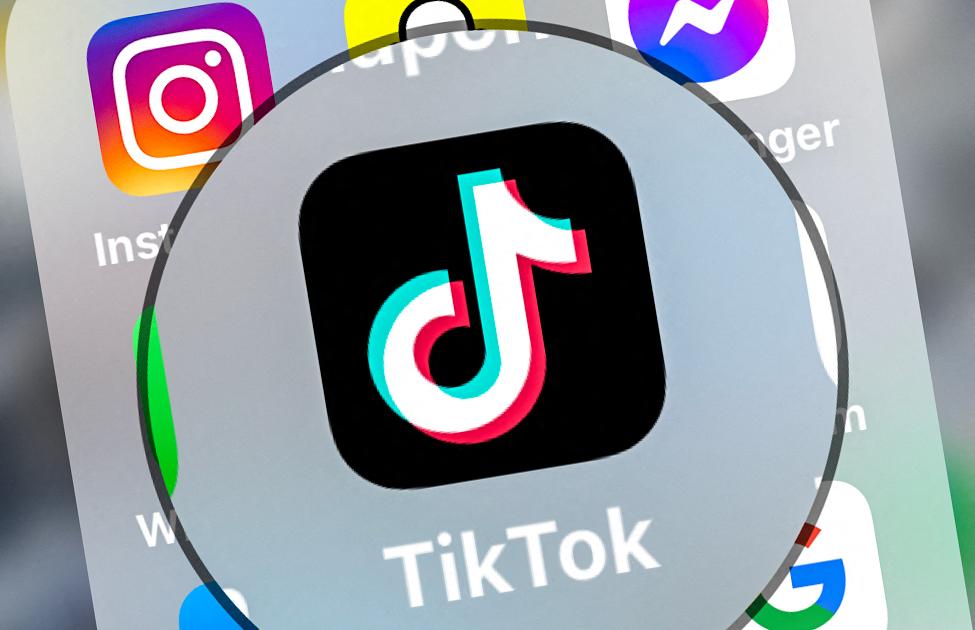 The rupture of the dialogue between the Government and the main indigenous leader deepens the crisis in Ecuador
2022-06-28T20:44:13.087Z