From a room in the White House, the president said Thursday, without any evidence, that Democrats are duplicating ballots. He also attacked the electoral integrity of Detroit and claimed victory in states where he lost.&nbsp; 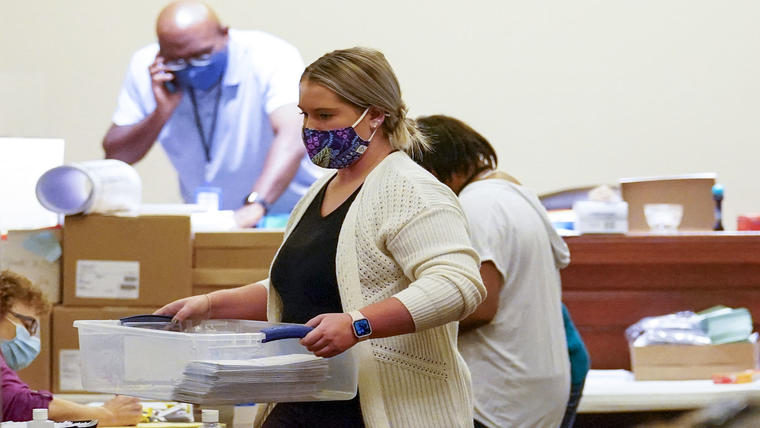 While his Democratic rival Joe Biden appears on the verge of securing the number of Electoral College votes needed to reach the White House, President Donald Trump launched a series of unsubstantiated claims Thursday night against the presidential ballot counting system. .

Trump addressed the James Brady press room lectern at the White House for a nearly 17-minute speech that included a number of biased truths and other unsubstantiated claims.

Several of his complaints are for the vote count, specifically absentee votes that were sent by mail.

In several states where they are not used to large volumes of mail-in ballots, election officials were unable to begin counting the ballots until or shortly before Election Day.

That means that the partial results published on election night in those states mainly included the votes cast on election day.

Results are not official until all votes are counted and certified

, which can happen days or weeks later, depending on the state.

So as the mail-in ballots, which were expected to favor Biden, were counted, the former vice president began to eat away at Trump's leadership for the day.

In other key states, vote-by-mail ballots have been in the process for weeks.

So some initial results favored Biden, ahead of the day's vote count, which favored Trump.

This is a review of the statements Trump made from the White House and our verification that each one:

Statement: "We were winning in all the key places, by a lot, actually, and then our numbers started to miraculously drop, secretly."

Trump led the initial results in several states, including Wisconsin, Michigan and Pennsylvania, because the first counts included mostly in-person voting on Election Day, which leaned toward Trump.

Biden's voters dominated voting by mail by a 2-to-1 margin.

These are the possible legal scenarios of the electoral contest

Elections officials in Pennsylvania and Wisconsin weren't able to begin processing mail-in ballots until Election Day, and Michigan only had a 10-hour lead, so ballot counting in each state will take several days.

Combined with the massive increase in vote-by-mail during the pandemic, this created a dynamic known as the "blue shift," in which Trump jumped to an early lead, but Biden outpaced him in many states as ballots were counted. by mail after Election Day.

In Georgia, unlike those three states in the so-called industrial belt, mail ballots were processed before the elections.

But it took days for election officials to count absentee ballots in several counties, particularly near Atlanta, due to the huge numbers they received in the days leading up to Election Day.

For Georgia, voting by mail on this scale was new.

Statement: "We kept the Senate"

Four key Senate elections have yet to declare winners, so a majority in the Upper House has not been determined.

Democrats netted a seat, but they need two more wins, three if Biden doesn't win, to get a majority.

A Senate race in Georgia is heading for a runoff, and yet another seems to be heading in that direction, so most may not be known until January.

Statement: "We lost zero elections in the House (of Representatives)."

In North Carolina, Republicans lost two seats to Democrats, the state's second and sixth congressional districts, which were seen as easy for Democratic candidates after redistricting.

Statement: "In Georgia, a pipe burst, totally unrelated to the place (of the count), and they stopped counting and a lot happened."

In Georgia, counting was temporarily halted Tuesday morning in Fulton County after a pipe burst at the ballot processing site, State Farm Arena, according to the Atlanta Journal-Constitution.

The ballots were not damaged.

[Results in the Senate of the 2020 United States elections]

Statement: “In Pennsylvania, partisan Democrats have allowed ballots to be received three days after the election, and we believe much more than that.

And they are counting themselves without having any identification.

Therefore, they are not postmarked, there is no identification ”.

On October 19, the United States Supreme Court allowed Pennsylvania to accept mail-in ballots for up to three days after the November 3 election.

The ruling was deemed a victory for Democrats and the court was split 4-4, upholding the state Supreme Court's decision that allowed counties to receive these ballots by November 6, even without a clear postmark.

Following the decision, Judge Samuel Alito issued a statement, along with Judges Clarence Thomas and Neil Gorsuch, saying: "I reluctantly conclude that there is simply not enough time at this late date to decide the issue before the election." but he left the door open for a post-election review.

On Thursday, Pennsylvania Secretary of State Kathy Boockvar, a Democrat, promised that the vote count would be fair and told reporters that she will do everything in her power "to ensure that all voters, all candidates and all parties have access to a fair, free, safe and guaranteed election. "

Statement: "Michigan, we won the state. In Wisconsin, we did the same, fantastically well. And that was lowered. In all cases, they lowered."

Trump didn't win any of those states.

He led in the first results.

In every state, as counties count votes and send them to state election officials, the race changes.

But the bottom line isn't established until all counties report their votes and elections officials count early votes or absentee votes cast within the timeline established by the state.

In Michigan and Wisconsin, Trump's initial lead decreased as additional votes were counted.

Statement: In Michigan, "when our observers tried to intervene, poll workers jumped in front of volunteers to block their view, so they couldn't see what they were doing, and it got a little dangerous."

Trump repeated a series of inaccurate and misleading statements about vote counting efforts in the city of Detroit.

The allegations are similar to conspiracy theories circulating on the internet, repeatedly debunked by the Detroit Free Press and other outlets throughout the day: batches of unaccounted ballots arriving late, which election observers are denied access to view. how ballots and poll workers who "duplicate ballots" are counted.

None of this is true.

[The vote count in Nevada could be extended until November 12]

Trump, his campaign or his supporters have produced no evidence to indicate improper recount in Detroit.

The Trump campaign lost a lawsuit in Michigan on Thursday, when a judge ruled that its disputed claim to stop the counting of votes in the state lacked evidence or legal basis.

Statement: In Michigan, “lots (of votes) came in and no one knows where they come from.

The tally was stopped for hours on end on election night and the results weren't released in the major venues that Democrats control, they turned up later, and they all had the name 'Biden' on them or almost all of them, which is a Little strange"

There were no votes that just appeared out of nowhere in Michigan.

An error in a DecisionDeskHQ tweet led to widespread claims on social media that Michigan had more than 138,000 votes, all for Joe Biden, on Tuesday night.

When publishing the Shiawassee County results, DecisionDeskHQ entered the number 153,710 for Biden in place of the correct number, 15,371.

As a result, Biden's total skyrocketed not only in the county tally, but also in the state tally.

The error was posted for only 15 minutes, but some national political news sites retweeted the erroneous information.

[Several initiatives favoring Latinos are rejected by the electorate in California]

After the controversy escalated, DecisionDeskHQ tweeted: “This morning there was a clerical error in the presidential data for Shiawassee County, Michigan.

Once we identify the error, we erase the erroneous data and update it with the correct data provided by the officials.

We stand behind our data as reflected on https://results.decisiondeskhq.com ”.

Statement: “Our campaign has been denied access to observe any count in Detroit.

Detroit is another place, and I wouldn't say it has the best reputation for electoral integrity.

Poll workers in Michigan were doubling the ballots.

When our observers tried to intervene, they jumped in front of the volunteers to block their view so they couldn't see what they were doing.

And it got a little dangerous. "

Dozens of people showed up at a vote-tallying site in Detroit after the president's supporters asked Republican election watchers to help "protect" the vote.

Lawrence Garcia, the city's corporate attorney and election commissioner, told The New York Times and The Detroit News that windows were covered at the site because people were taking pictures of poll workers, which is not allowed.

Other windows remained unobstructed so people could watch the count.

Within the tally site, there were about 225 Republicans, 250 Democrats, and roughly 70 independent contenders watching the count, Garcia said.

Statement: "It's amazing how those vote-by-mail ballots are so on one side."

Trump himself voted by mail, but has actively opposed voting by mail for months.

Your supporters have likely heard it, as polls showed they were twice as likely to vote on Election Day as they were early by mail. 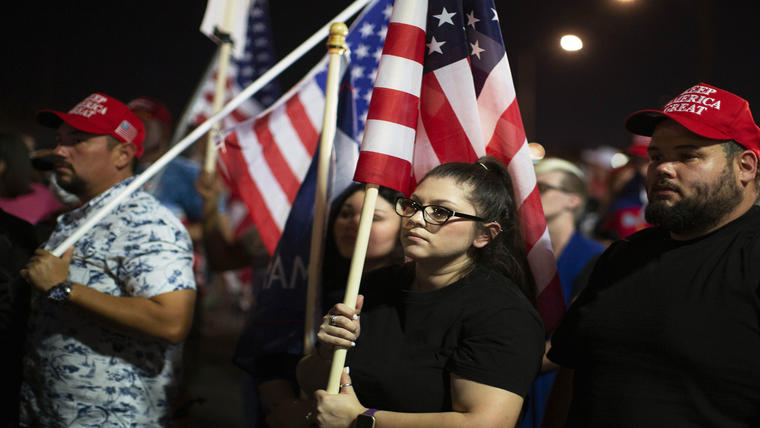 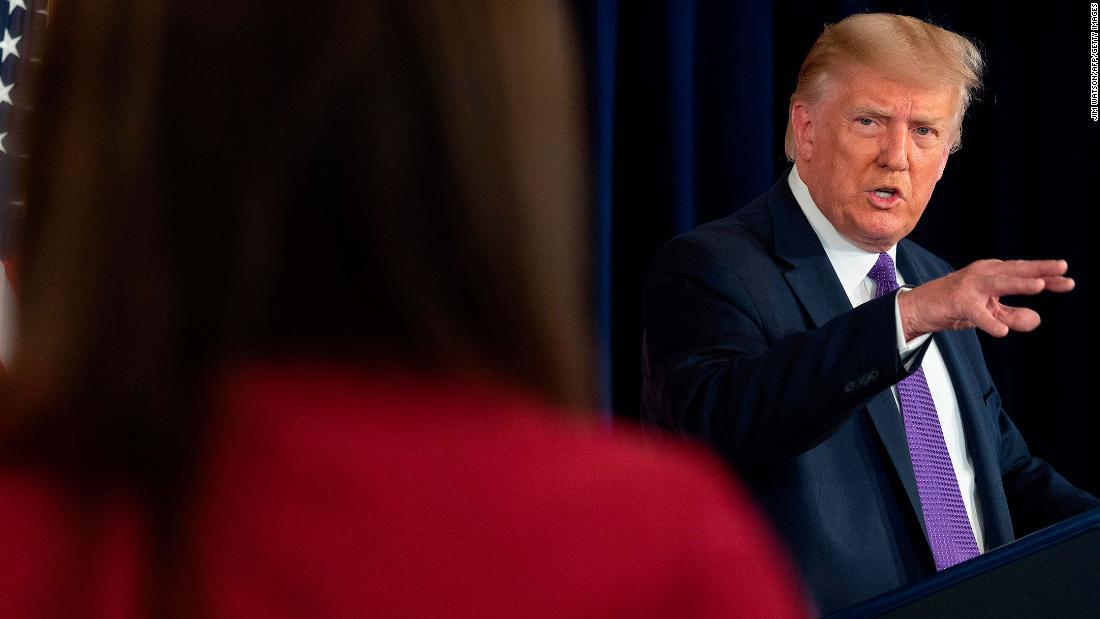 Democrats strike back in Trump's showdown over Postal Service 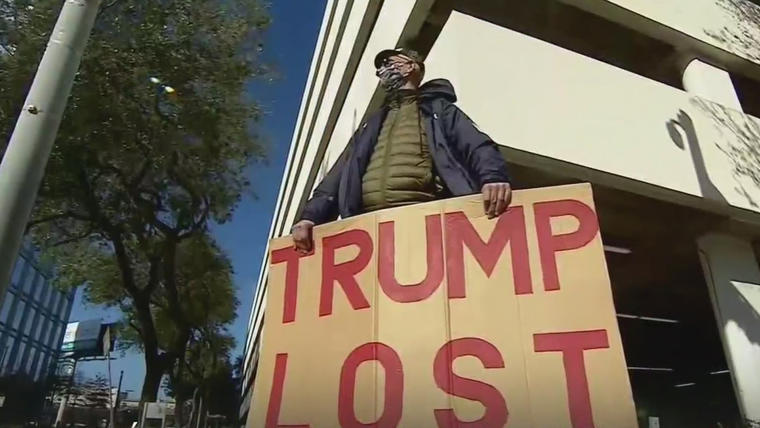 What is Obamagate? Trump's false accusations

2020 US election: Donald Trump alleges fraud - Attorney General jumps to his side 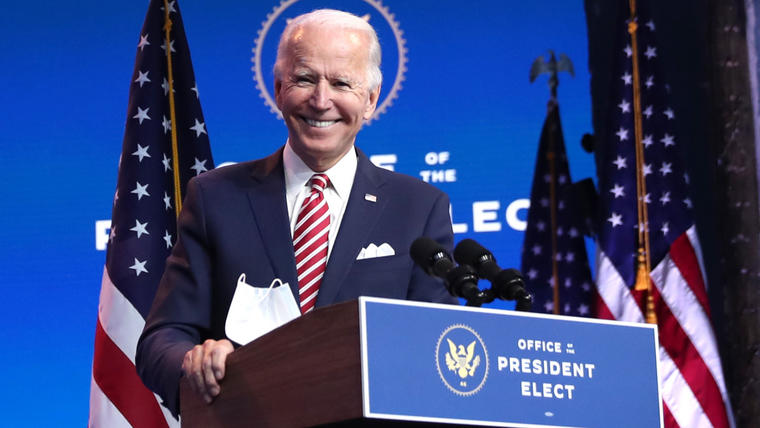 Falsehoods of the most extravagant press conference of the Trump campaign 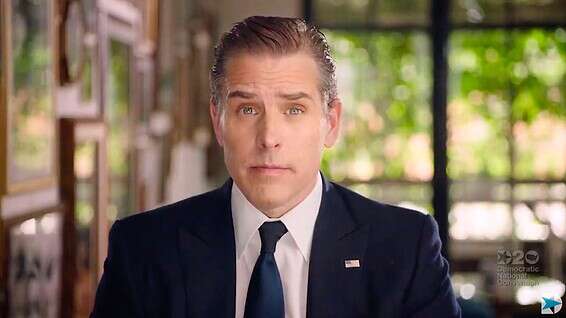 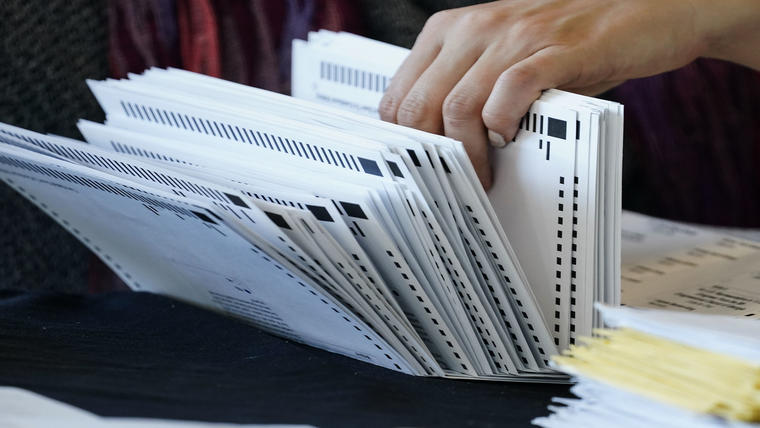 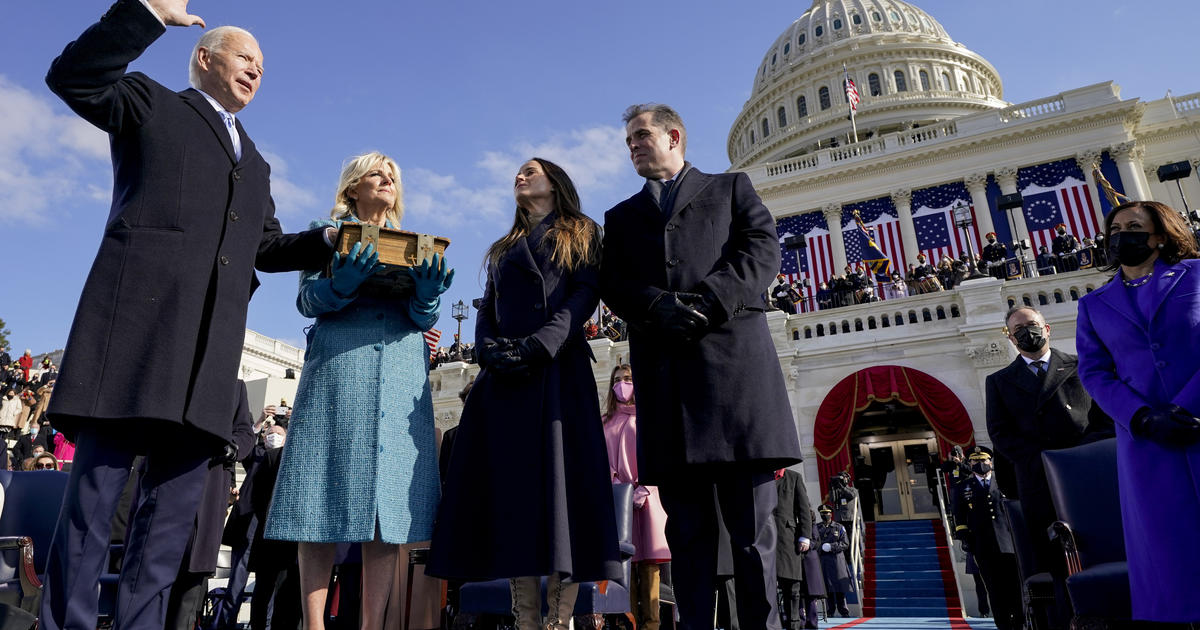 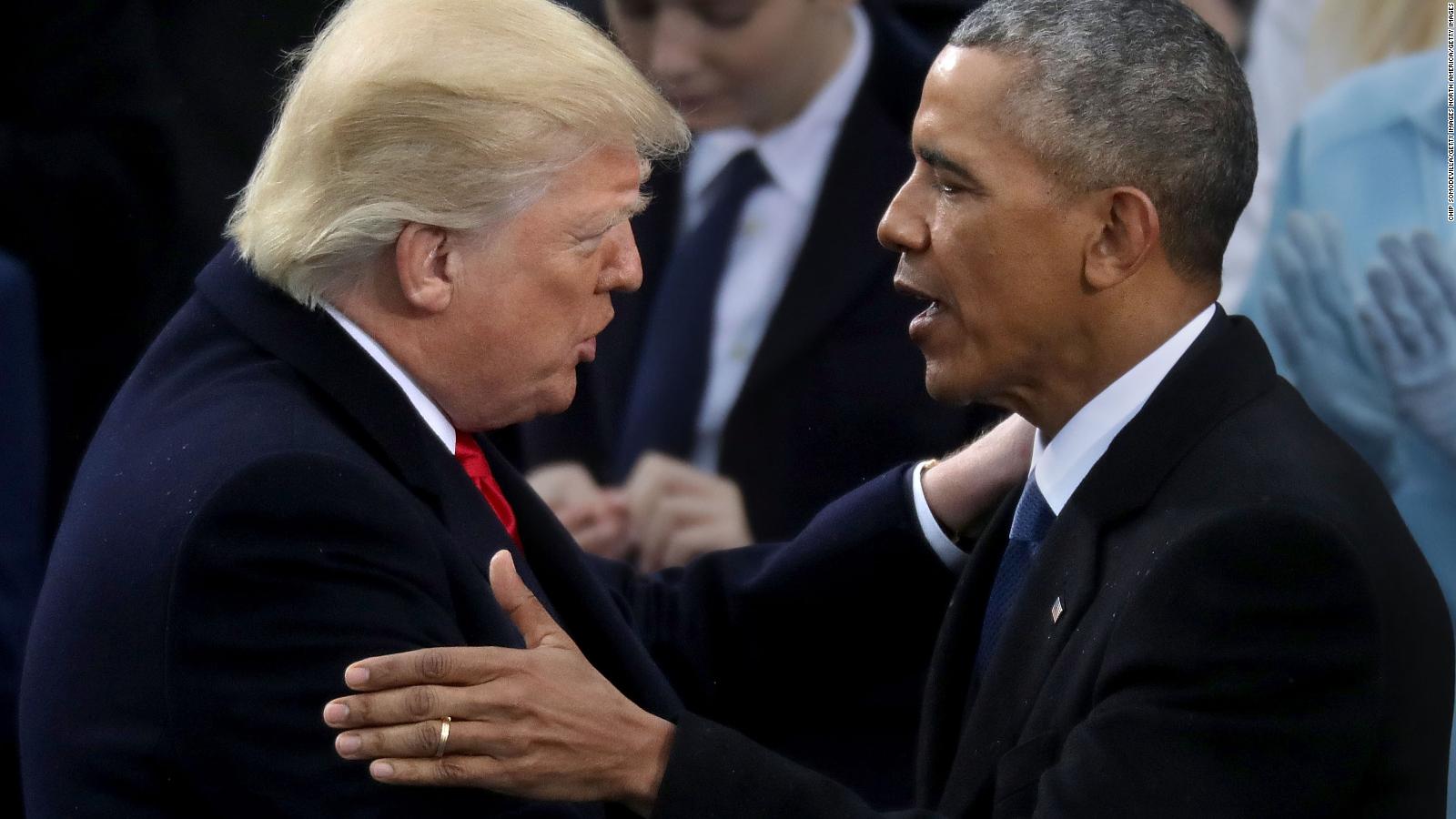 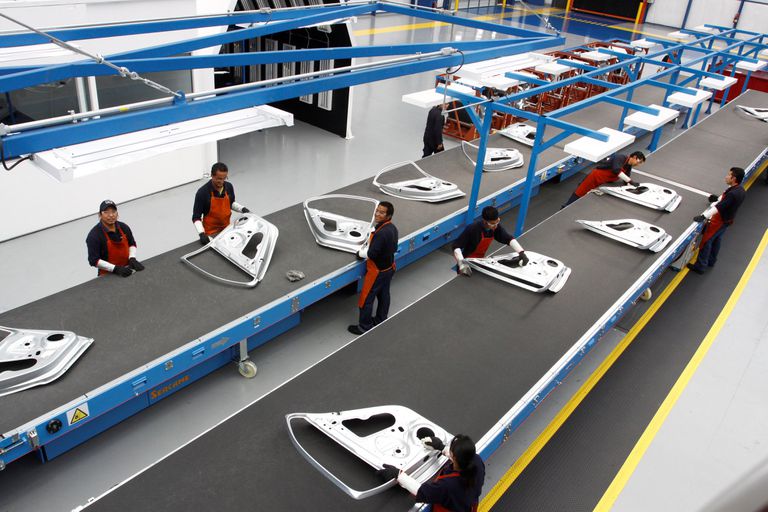 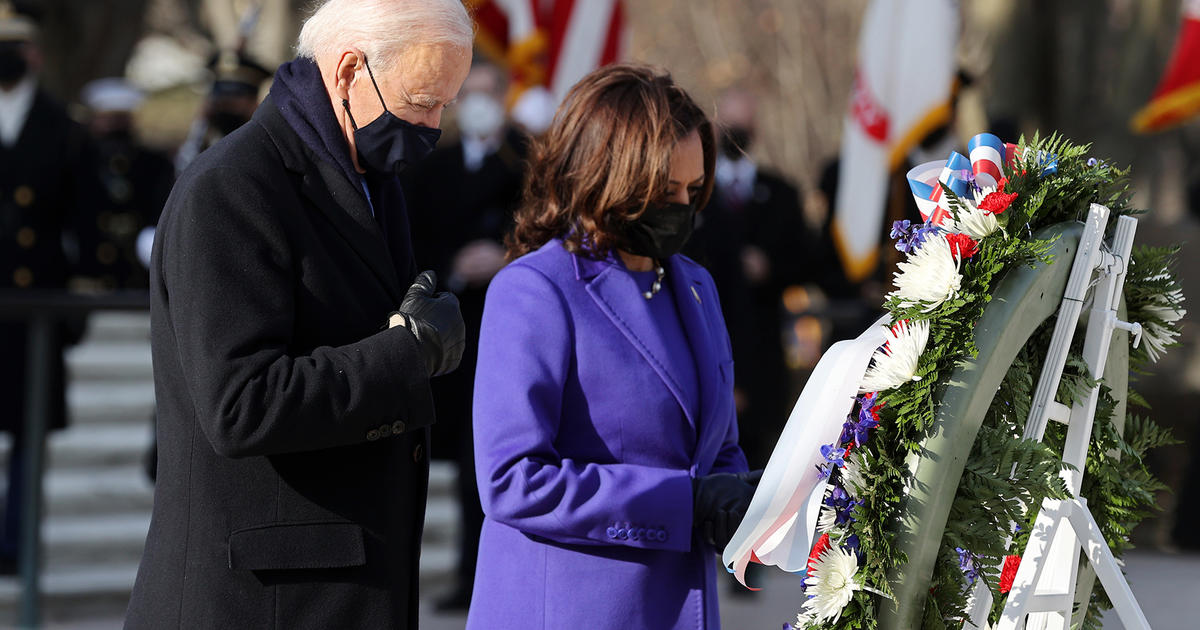 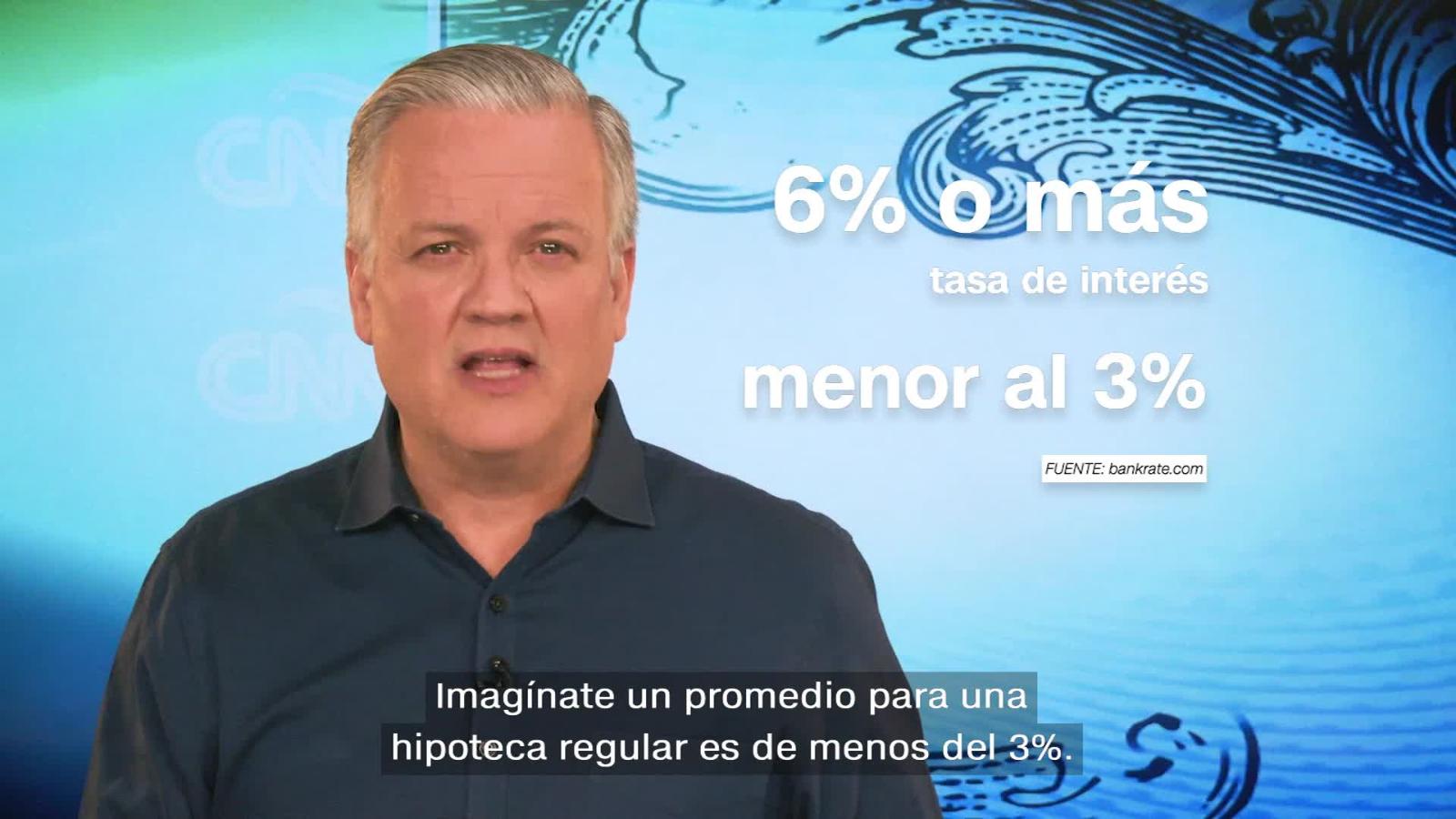