At a time when people are back in their homes, supply chains can't keep up with the growing demand for toilet paper and cleaning supplies, especially in counties with the biggest spike in coronavirus cases. 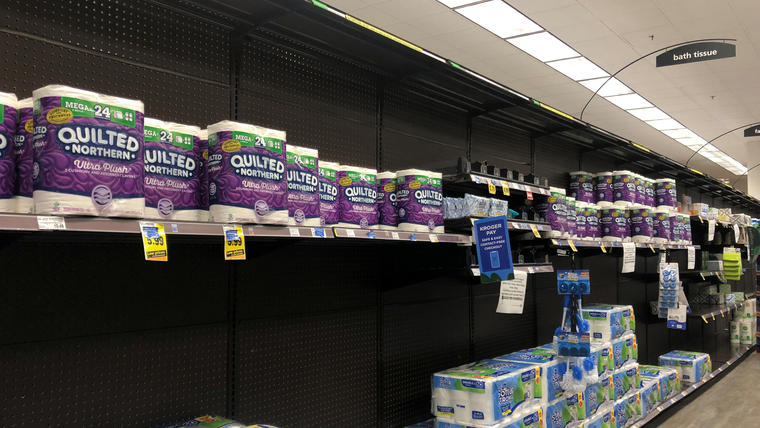 WASHINGTON.— The new wave of coronavirus outbreaks is not only a foretaste of a 'harsh winter' in the United States, but has led to a shortage of toilet paper and other essentials in supermarkets and stores.

Some businesses have started restricting purchases to tackle compulsive storage.

As happened at the beginning of the COVID-19 pandemic in March, at chain stores like Target and Walmart around the country it is once again possible to see rows of nearly empty shelves in supermarkets, which has forced some businesses to limit sales. purchase of certain products in the same visit.

But the images of empty shelves and carts full of products about to sell out only help consumers spread the sense of panic in WhatsApp messages and social networks, which amplify it.

supply chains cannot keep up with the growing demand

for toilet paper and cleaning products, especially in counties with the largest rebound in coronavirus cases.

Speaking to Noticias Telemundo, Casey Staheli, Walmart's communications manager, said the company has recorded some isolated cases of shortages of toilet paper and cleaning products in some communities, but that "we will continue to work with our supply chain to respond to the demand".

"As is normal during periods of fluctuation in demand, store managers have the discretion to implement limits based on the situation in each store to maintain supply of products," he added.

Generally, the branches of large chains have the authority to limit purchases per customer, depending on the situation in their area.

[The reasons behind panic shopping and toilet paper shortages]

Christopher Brand, communications director of the Giant supermarket chain, in the northeast of the country, confirmed to Noticias Telemundo that the company has once again imposed restrictions on the purchase of certain products precisely to avoid shortages in stores.

You may be wondering, why is toilet paper in short supply?

It is not that it offers protection against the coronavirus, and it is not a staple item in a national emergency, such as a gallon of milk, a loaf of bread, or a box of eggs.

and that is due, according to experts, to the feeling of panic and anxiety that the pandemic is causing again.

Is that the possibility of a prolonged quarantine, with more families and students doing work from home, contributes to panic and the perception that it is better to prepare, even when supermarkets remain open.

An analysis by the company IRi, specialized in marketing research, highlights the shortage situation in red stripes: as of November 15 - the date for which it has the most recent figures - stores had sold out about 20% of the personal hygiene products and 16% of cleaning products, when the normal is around 5%.

Last April, the Georgia-Pacific company, manufacturer of the Angel Soft brand, increased its production to 1.5 million rolls a day, and now again faces a greater demand, as explained in an email sent to Noticias Telemundo Eric Abercrombie, his spokesperson in Atlanta, Georgia.

"The demand is not like what we saw between mid-March and May but, as many people spend more time at home,

as a company, we have multiple teams coordinating to provide (stores) as many supplies as possible, "explained Abercrombie.

A sign at the Kroger store in Carmel, Indiana, announces the limit on the purchase of toilet paper to avoid a shortage of the product, Tuesday, Nov.17, 2020. (AP Photo / Michael Conroy) AP

"The levels of panic buying that we saw between March and April are difficult to predict and resolve, but right now

we have the supply levels to supply households,

and we are working with retailers to help them respond to demand," he said.

With the new wave of sprouts and growing demand, experts predict a similar increase in production at other companies.

Meanwhile, the company Tushy, a manufacturer of bidets, has said that the sale of these toilets with a faucet has soared 61% in the last two weeks, when November normally registers a decline.

Meanwhile, the sale of its brand of toilet paper increased by 40%.

A second wave arrives with force

Currently, the COVID-19 pandemic has caused more than 250,000 deaths and 11.4 million confirmed cases in the US, forcing state governments to modify their plans to reopen schools, gyms, bars, restaurants. and other businesses.

For this Thursday, for example, New York City authorities have ordered the closure of the entire public school system -the most extensive in the country, with 1.12 million students- before the arrival of a second wave, reactivating the plans of virtual teaching.

New York Mayor Bill de Blasio explained that the city decided to close schools as a precautionary measure, after reaching the threshold of 3% of positive cases in the daily average of the last seven days.

On Monday across the country, California broke a record with nearly 13,300 confirmed cases in a single day.

State authorities had to put the brakes on reopening businesses in several counties, which will immediately affect some 37 million people, or 97% of the population. 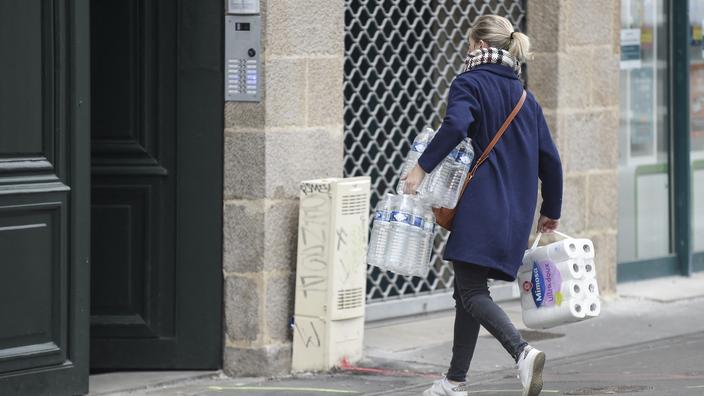 There is "no shortage of toilet paper" in France, reassure manufacturers When the hamster buyers strike again - alternatives to toilet paper

Corona has turned Germany upside down Global Health: The Corona strain discovered in India is a global concern 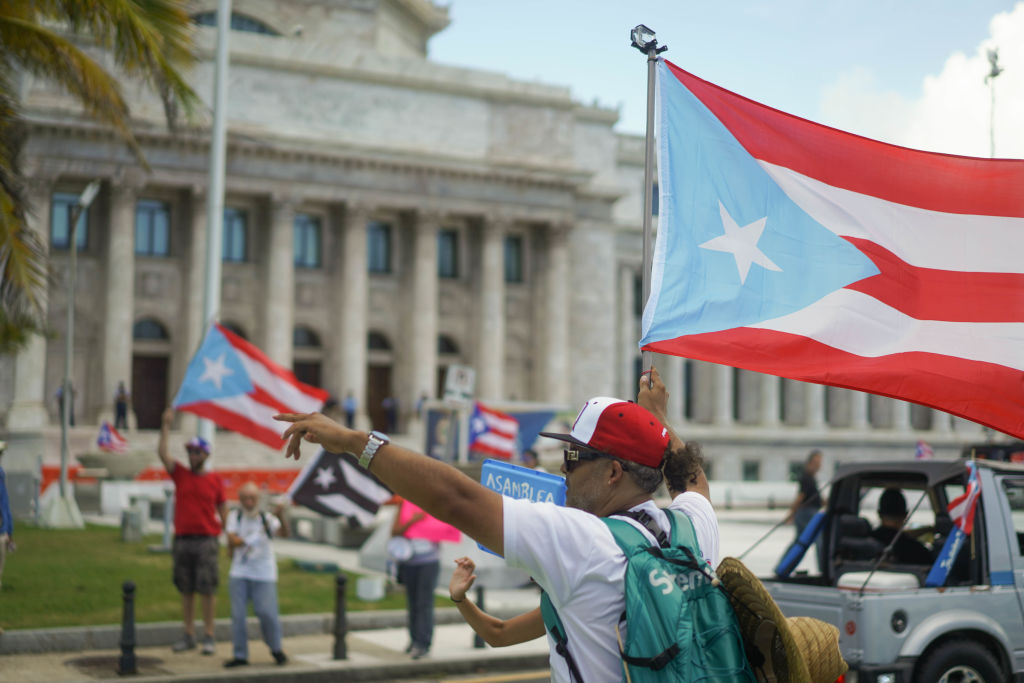 Presence of new variant of covid-19 confirmed in Puerto Rico 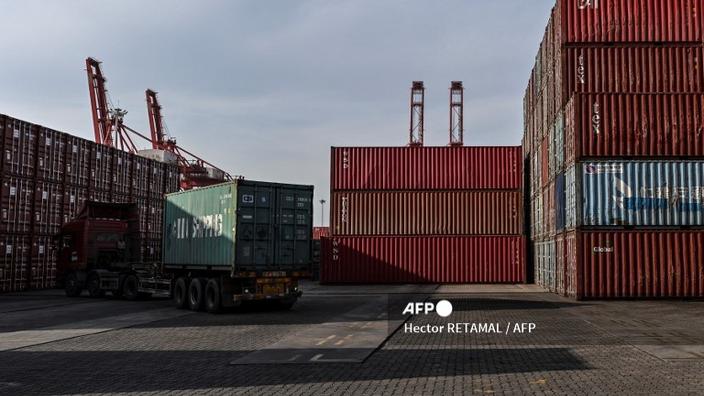 What if we ran out of toilet paper?

5 traditions that the pandemic brought back in 2020 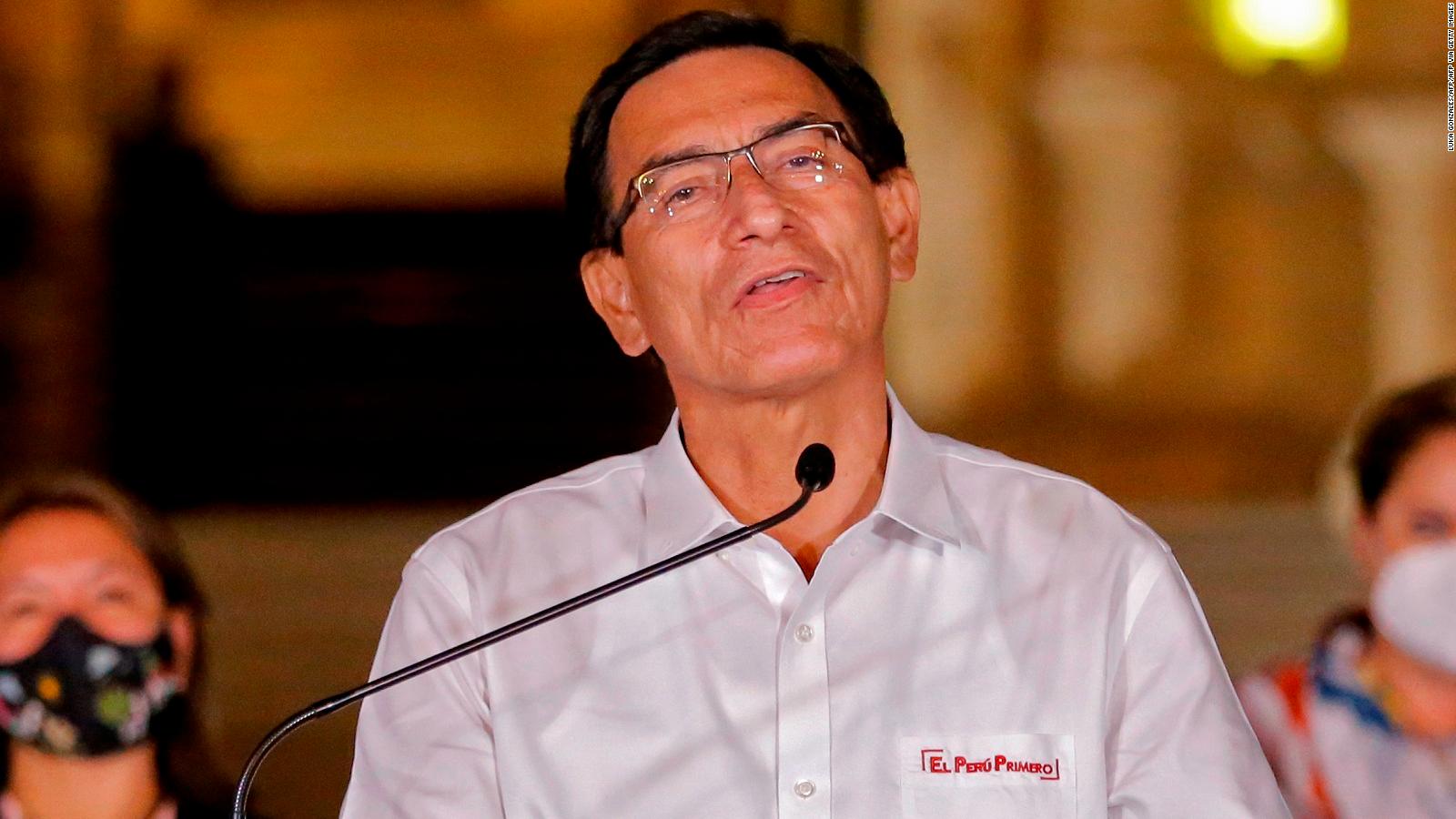 5 things: the former president of Peru will not go to prison and other outstanding news | Video | CNN