The police's special tactical team (commonly known as the Speed ​​Dragon team) and riot police officers did not display the police officers' number in the anti-revision demonstration. The HKMA and several members of the public believed that it was unconstitutional and filed for judicial review. High Court Judge Zhou Jia 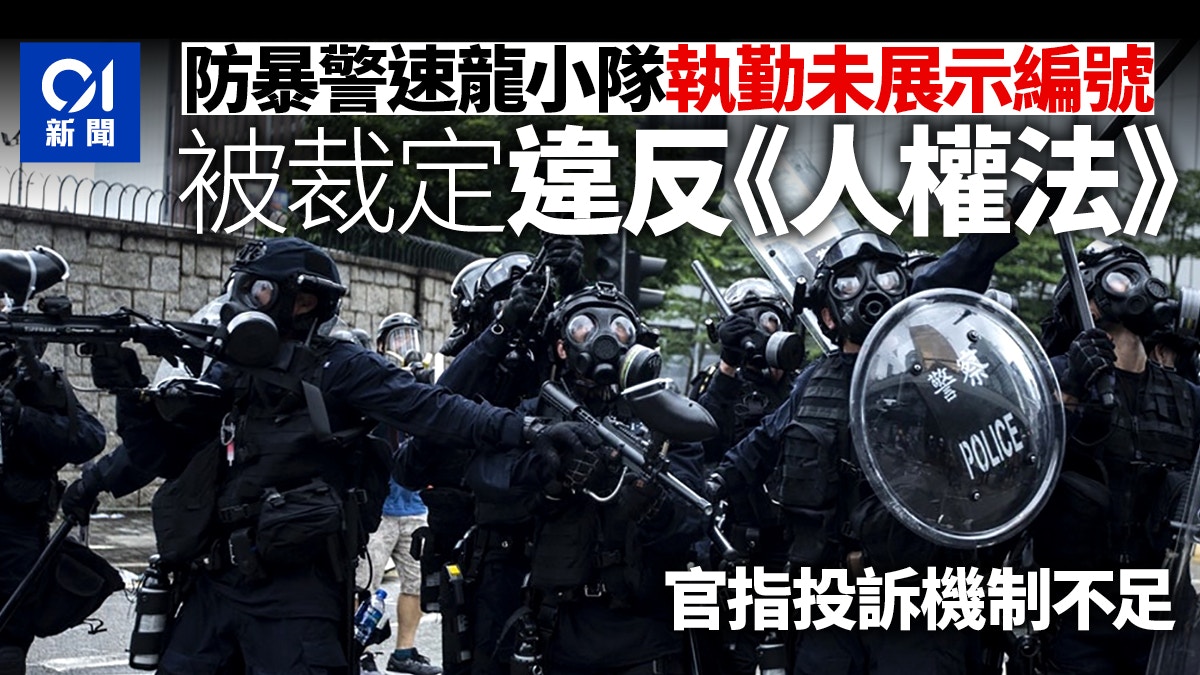 The police's special tactical team (commonly known as the Speed ​​Dragon team) and riot police officers did not display the police officers' number in the anti-revision demonstration.

The HKMA and several members of the public believed that it was unconstitutional and filed for judicial review.

Judge Zhou Jiaming of the High Court heard the submissions in 5 cases earlier, and today (18th) handed down a verdict, ruling that the practice of not displaying the police number is a violation of the Human Rights Law. In addition, the judge also ruled that it is currently involved in complaints The complaint mechanisms of the Police Department and the Police Supervision Commission are not adequate.

Judge Zhou Jiaming said in his sentence that the police have the responsibility to establish an independent mechanism to effectively investigate police abuses. He also pointed out that the current mechanisms such as the Police Supervisory Commission and CAPO cannot effectively perform their duties.

Senior Counsel Martin Li, representing Chen Jiqiu and Yang Zijun, stated earlier that the police suddenly changed the practice of displaying the police officer number, but did not disclose the reason for the change and who made the decision.

After ordering the new work clothes, the police found that there was no place where the police officer number was displayed. They believed that the police had adopted the new work clothes in 2017, and the anti-revision campaign only started in June last year. "Bottom" is irrelevant, and it is said that even when the participants in the beauty pageant are wearing Bikini, they can show their numbers.

Senior Counsel Pan Xi, representing Chen Gongxin, Lu Zhansi, and Wu Kanglian, said that the three were violently treated by the riot police or the Speed ​​Dragon team in the anti-amendment incident, but the police officers involved did not display the police number, making it difficult for them. Hold accountable.

Pan Xi also pointed out that the practice of not displaying the serial number violated the Human Rights Law and mentioned that in November last year, the police temporarily suspended the guidelines on the display of police officer serial numbers and warrant cards in the General Police Regulations.

Senior Counsel Du Gankun, who represented the respondent, pointed out that there are existing methods for identifying special tactical squads and riot police, such as the latter displaying its "action call sign."

Du also pointed out that preventing police officers from being "crippled" is one of the considerations for anonymous duty. Even if the CAPO is subordinate to the police, it cannot be concluded that complaints directed to the CAPO will fail.

[Fleeing Offenders Ordinance] Questioned that the speed dragon team did not display the police number as unconstitutional, and the teacher was injured for review 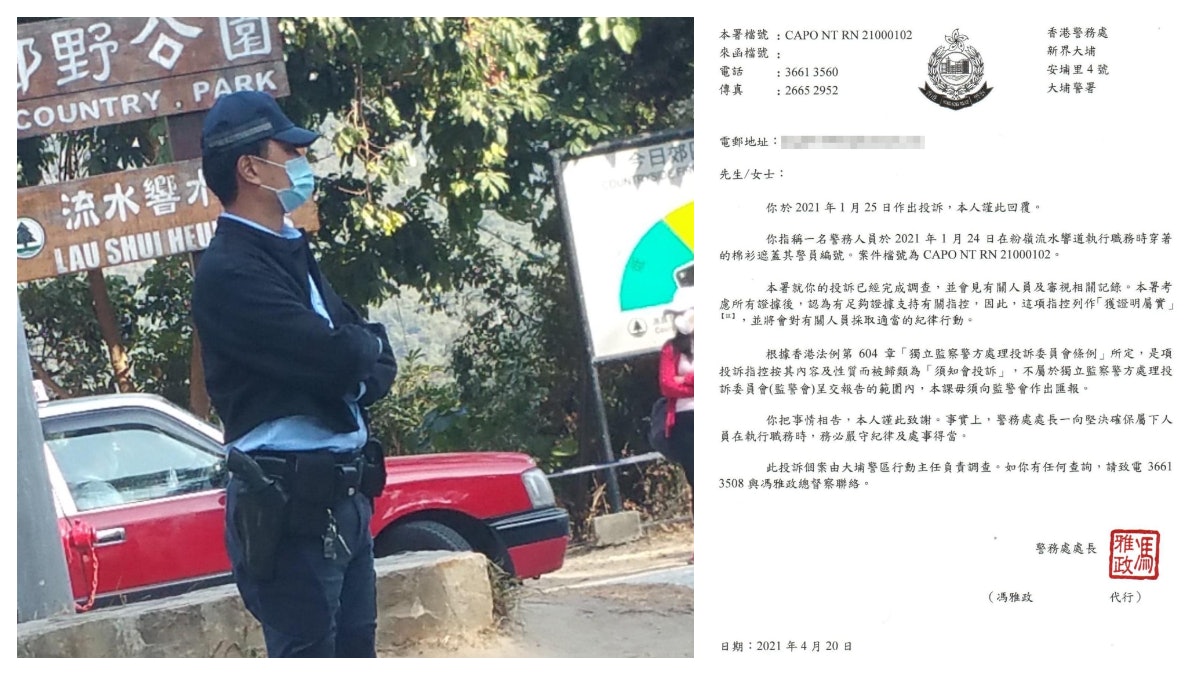 The traffic police wears a jacket to cover the serial number and is listed as "proved to be true" in a complaint. Police: A fair and impartial investigation has been conducted 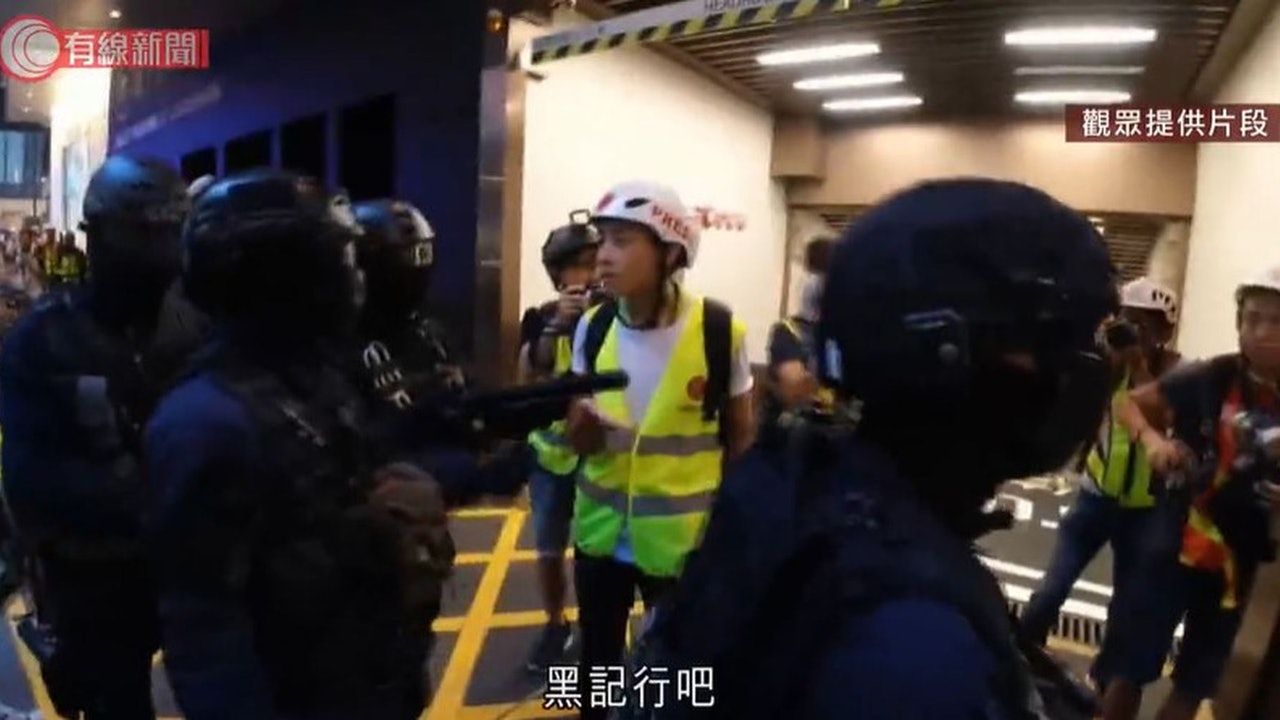 The cable TV reporter was scolded for "black note" the year before last, and the Complaints Office will be punished for disciplinary action 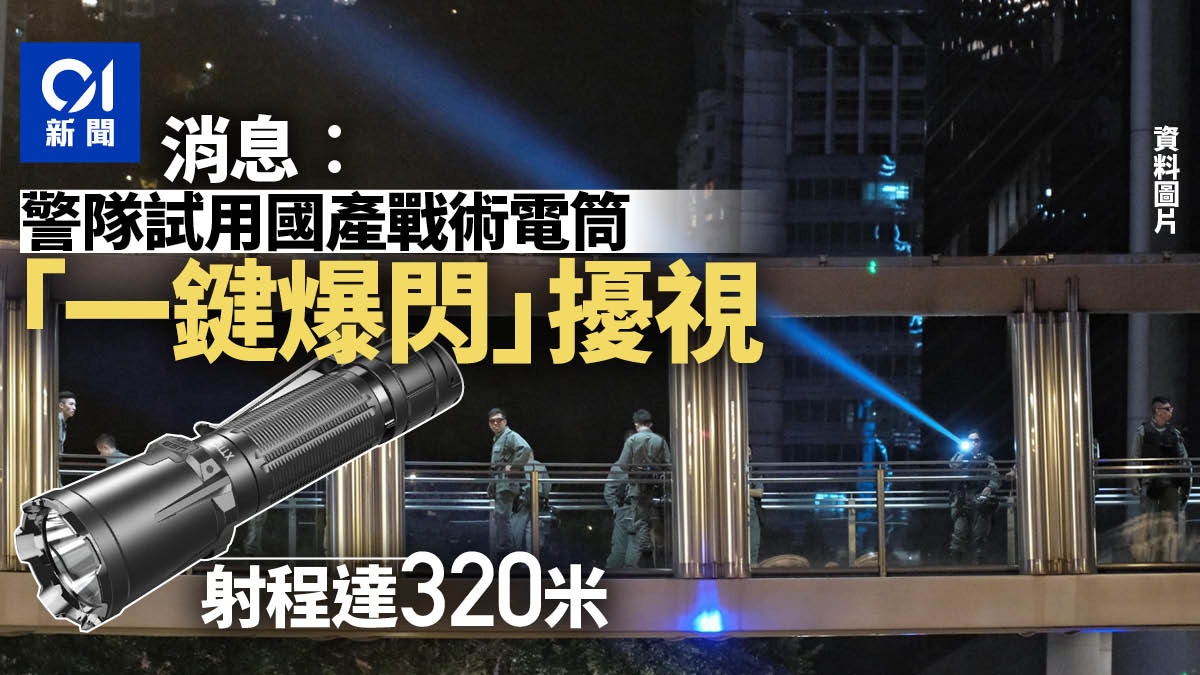 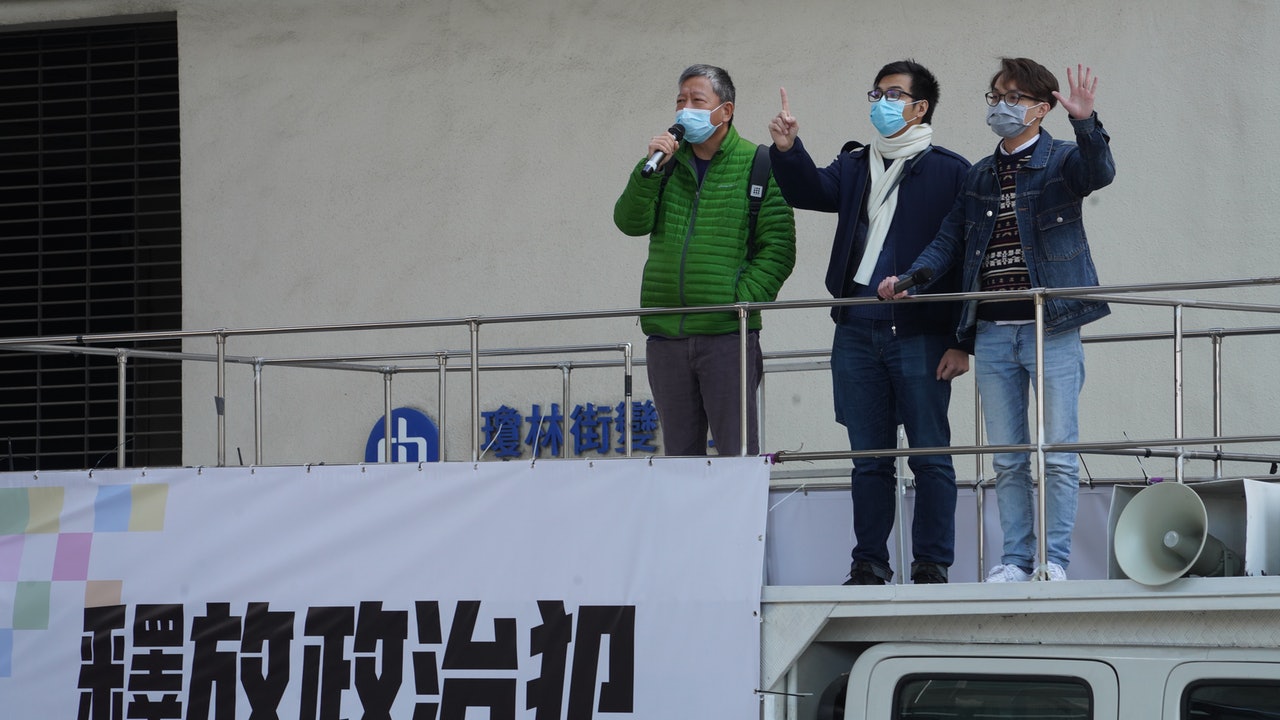 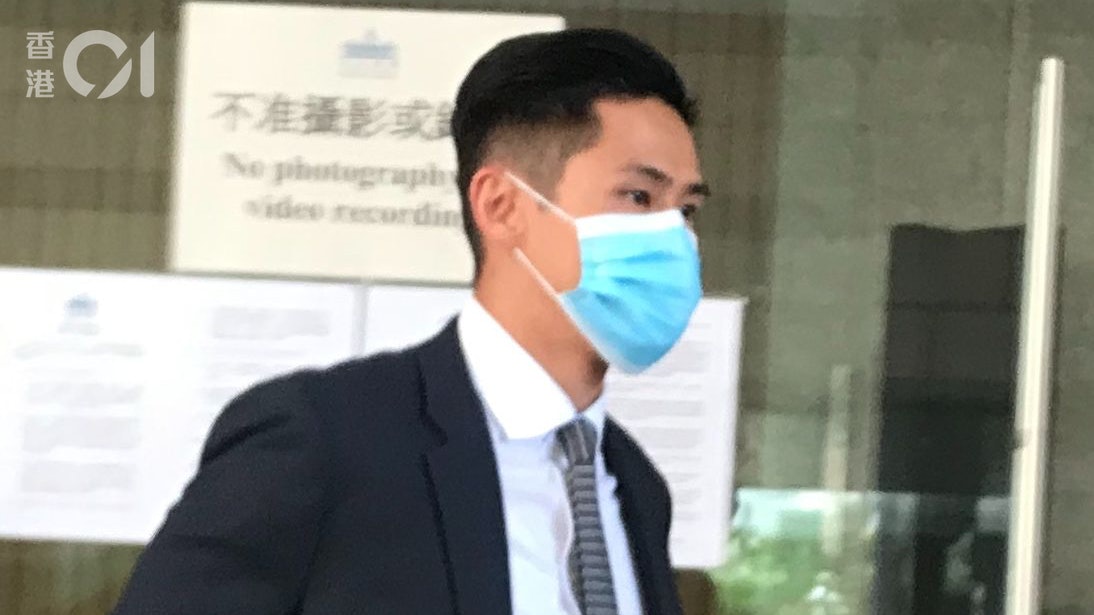 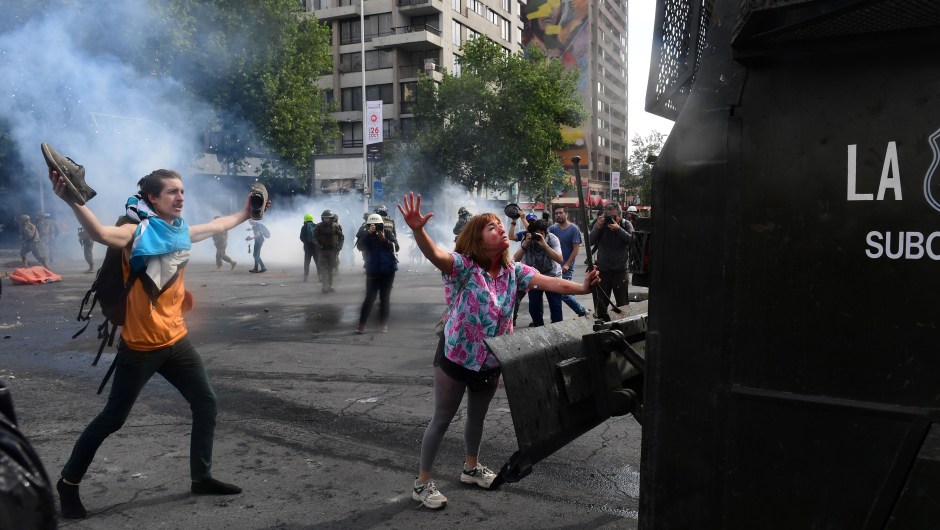 They denounce Piñera before the ICC for crimes against humanity 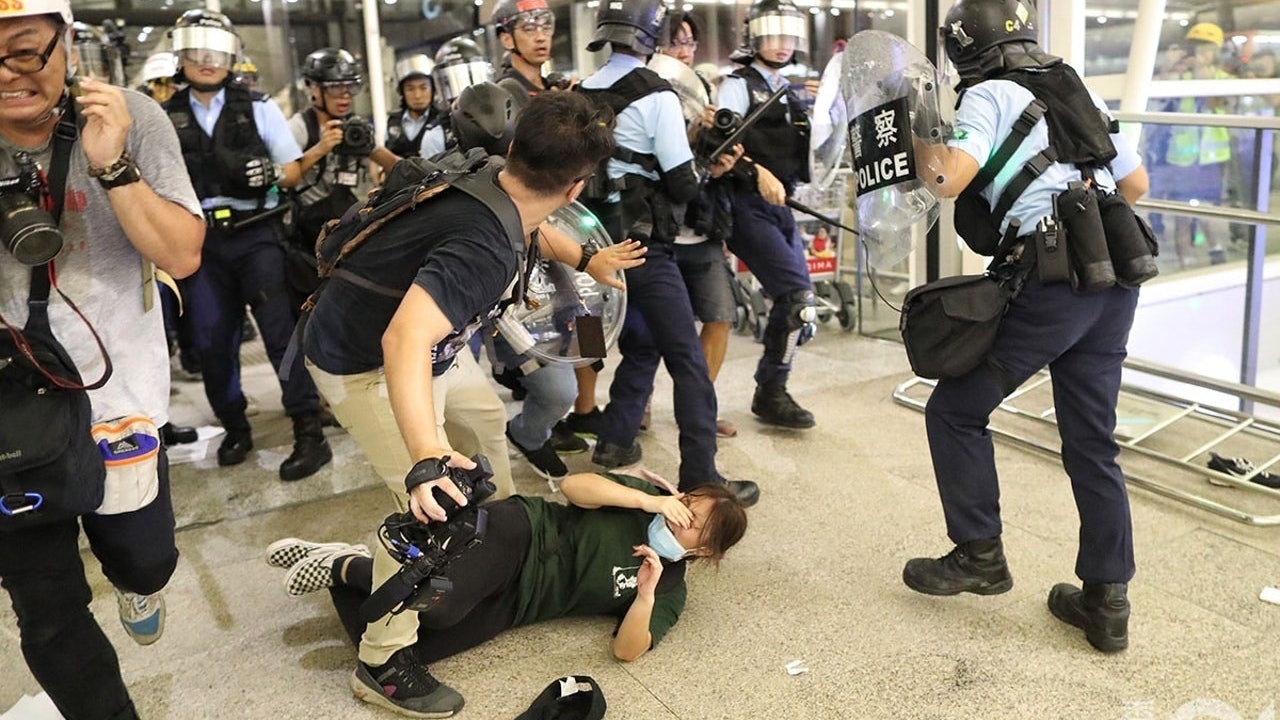 Airport clashing police were surrounded by guns. Two men admitted to riot prisoners. Officer 45: People who did not sympathize with the police 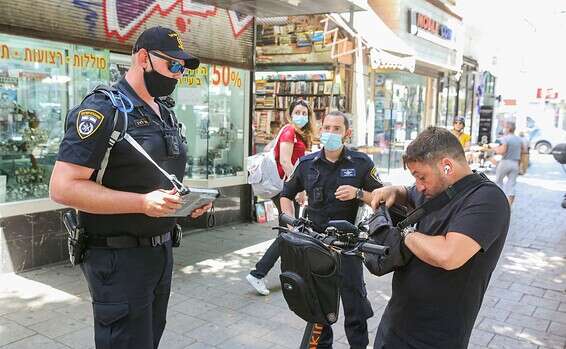 The Supreme Court ruled: A police officer will not be able to apply for a ID card for no reason | Israel Today