Alberto Fernández does not have a plan B, he wants it in the Attorney General's Office and he would have the support of Together for Change. The bill of Christianity would not succeed. 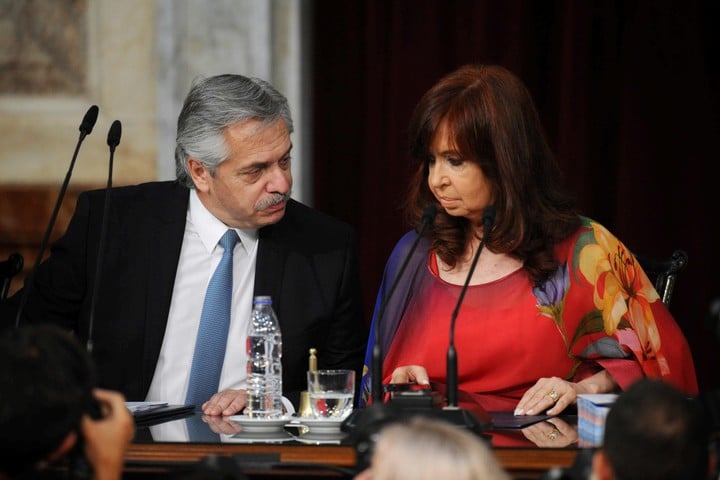 Argentine history is plagued with

discord between the presidents and their vice-presidents

Carlos Menem with Eduardo Duhalde, ended with the Lomense going to the governorship;

Fernando de la Rúa with Carlos “Chacho” Alvarez, blew up the government of the UCR-Frepaso Alliance and a country with the crisis of 2001;

Néstor Kirchner with Daniel Scioli, with the former motorboat isolated to the point that no one in the Government answered his phones;

Cristina Kirchner with Julio Cobos, a break after the radical's non-positive vote with a country split in the middle by the fight with the countryside;

and now Alberto Fernández with Cristina, in a society more out of convenience than conviction, but with one piece of information: at the beginning, she had more political power than he.

The Spanish analyst Luis Bouza-Brey describes that whoever holds political power has the ability to get "others to do what he - or she - wants."

And that quality derives from three sources: coercion, persuasion, and retribution.

Something that Cristina Kirchner exerts on a sector of the political class and society but that has also caused another important segment to reject her.

“It is not that Alberto and Cristina fight for two different governments or think too differently.

The main difference is

the way of exercising power

and, first of all,

who of the two holds it

As president, he was forceful in stating that “I know Daniel Rafecas well.

the best candidate for Attorney General

The officials around him affirm that not only is he convinced but that it is almost a political obsession for Fernández that Rafecas is the next Attorney General of the Nation.

To such an extent, that it

does not have a Plan B

and has transmitted it to the applicant.

Alberto Fernández and Rafecas share many coincidences, among them, admiration for the former attorney Esteban Righi.

Fernández began his teaching career when Righi obtained by competition one of the chairs of criminal law at the UBA.

Rafecas was a student of Righi.

This week the Senate, dominated by Cristina, could deal with the Public Ministry bill that limits the attorney's mandate to 5 years and defines his election by an absolute majority and no longer by two-thirds.

Rafecas did not move this weekend from his position

of putting as a condition that if he is appointed, it is by two thirds.

He argues that he needs consensus to assume as Chief Prosecutor whose role will be greater, taking into account that with the accusatory system the role of the prosecutors will be central.

And, above all, not to be an official of the vice president.

lowered their thumb to Rafecas

but the reason is not that the judge raided Amado Boudou's apartment in the Ciccone case.

Some mention, as an example of an ideal Attorney for Cristina,

A few weeks ago before the Justice Commission chaired by Oscar Parrilli, Rusconi assured that the next attorney had to be thought of as a subject "linked to the Executive Power."

And when asked by Parrilli, if the wiretapping office should be managed by the Attorney General, Rusconi responded: “It seems to me that it can only depend on the body in charge of investigating crimes;

and that body is the Public Prosecutor's Office ”.

In addition to the wiretapping office, the appointment of the entire new structure that the Office will have is at stake.

Article 22 of the draft law of the Public Prosecutor's Office creates "Specialized Attorneys".

Provides for the Office of the Attorney for Administrative Investigations, Defense of the Constitution, Crimes against Humanity, Economic Crime and Money Laundering, Drug Crime, Trafficking and Exploitation of Persons, Institutional Violence, Social Security Resources and Against Gender Violence.

It is not the same for Rafecas to choose his team with suggestions from the Government and even by appointing opponents in some of those prosecutors' offices than if all those positions are covered by La Cámpora.

This is where Alberto's power dispute with Cristina takes on dimension.

With the Public Ministry, Cristina Kirchner would consolidate a parallel judicial power

that already appears with the Treasury Attorney;

the FIU, an anti-money laundering body;

the Anti-Corruption Office: the representatives in the Council of the Magistracy;

and the management of the Senate Agreement Committee.

At the top of Together for Change there is

a principle of consensus to vote for Rafecas

The theory of the lesser evil that Elisa Carrió launched ended up being digested by the hard wing.

In fact, Mauricio Macri sent to say that he will not put sticks in the wheel.

With Carrió are lined up Horacio Rodríguez Larreta, María Eugenia Vidal, Mario Negri and the rest.

to, when the time came, reach two-thirds and appoint Rafecas.

Why would the opposition support a judge that they accuse of benefiting Cristina by closing the case opened by Alberto Nisman for the Pact with Iran?

There is a coinciding reading with Fernández.

Do not forget that years ago Rafecas ended up dismissing

, one for illicit enrichment and the other for evasion.

"If the President backs down with the appointment of Rafecas with us, there is no return after what we did, which put us on the brink of rupture,"

argues an opposition leader, referring to the photo of Carrió, Larreta, Vidal and others in his house, in which the possibility of supporting the Government applicant for the Procuration arose.

Alberto F.'s strategy could be to wait for the bill to succeed in the Senate but to

get stuck in deputies due to lack of votes

He would do nothing to add wills through the governors.

So, the Frente de Todos could not advance and as the interim attorney Eduardo Casal is not willing to resign,

there would be no other option

than the Senate Agreement Committee to call Rafecas to a hearing and begin the process of his appointment.

"Not having the votes can help him, but sooner or later Máximo Kirchner will force Alberto to show his cards,"

But those who know the judge say that he disbelieves in that theory because of the challenge that it would imply to face the management of a Public Ministry composed of 20% Christianity, another 20% conservative and anti-K, and a majority that does not agree with both extremes.

if Rafecas is not a Procurator, the political cost for Alberto Fernández could be very high. 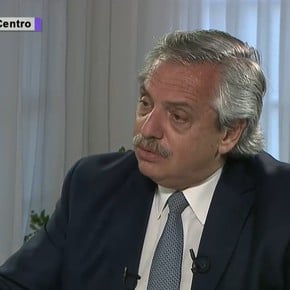 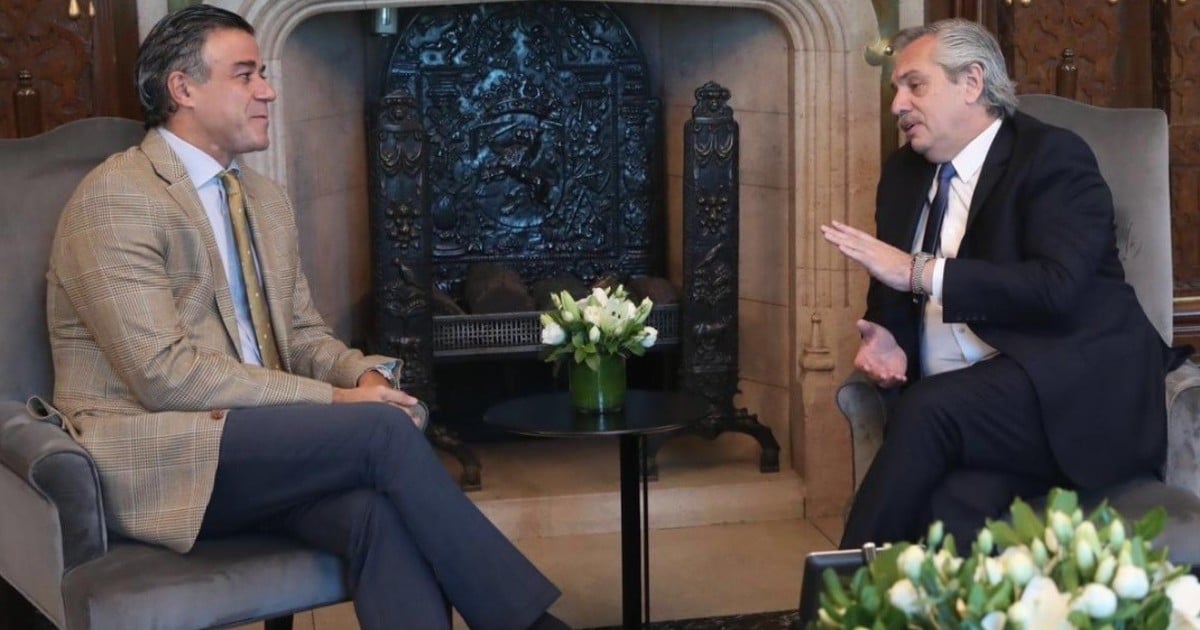 The Government insists with Daniel Rafecas, despite the brake that Cristina Kirchner put on her candidacy for attorney 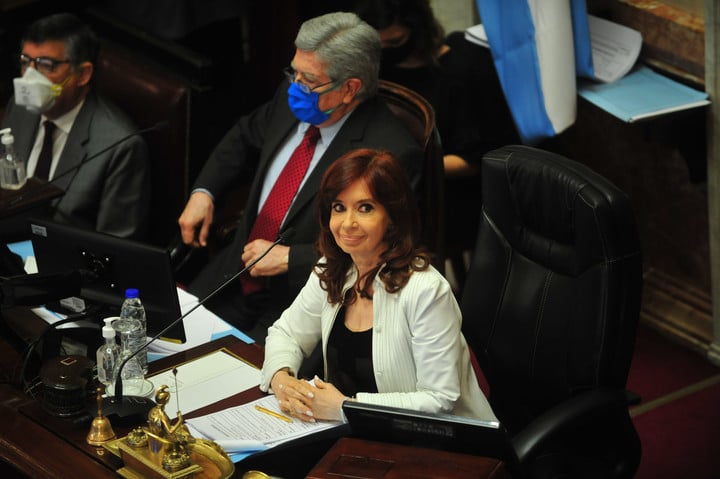 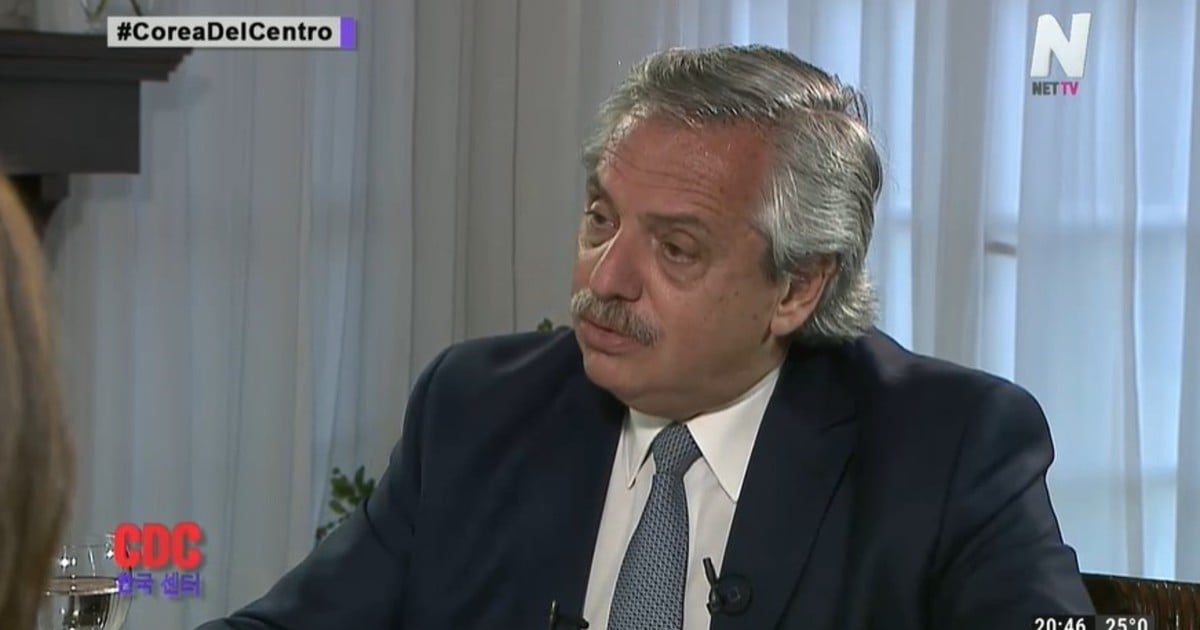 Alberto Fernández on his relationship with Cristina Kirchner: 'What more show of support should I ask of her?' 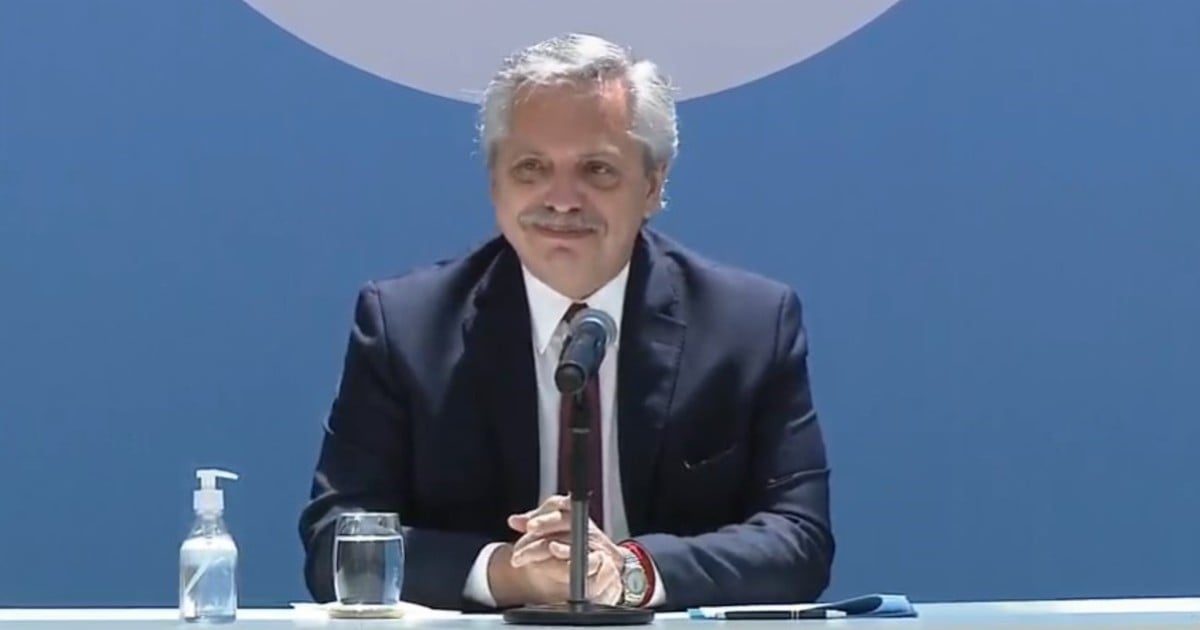 The political agreement, the dilemma that crosses the ruling party and the opposition 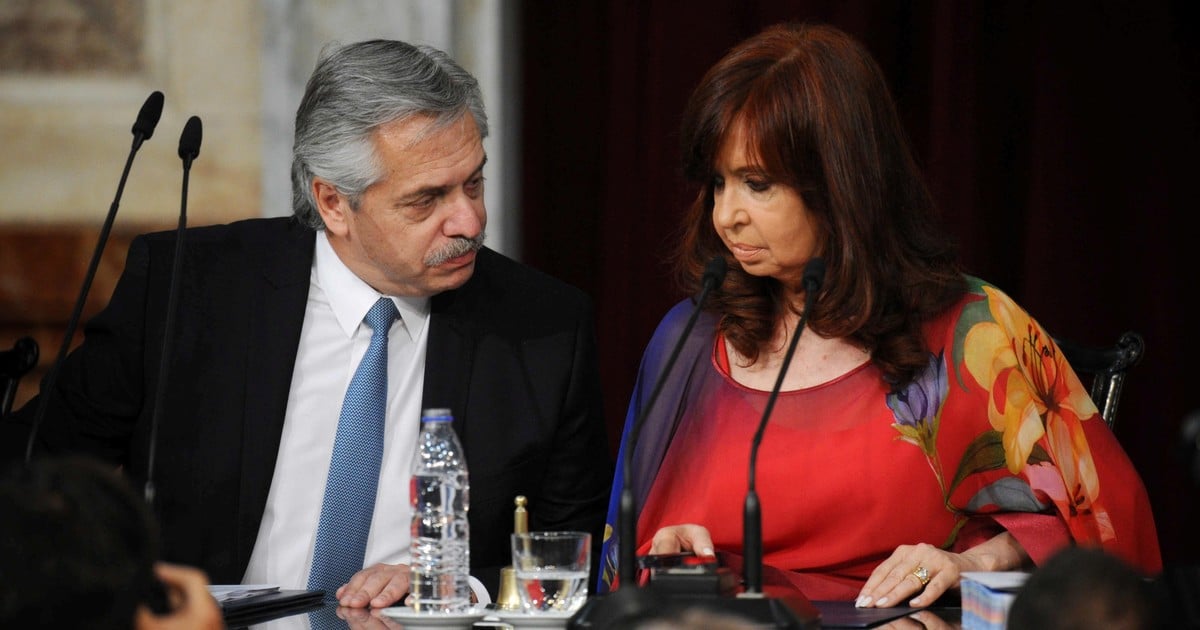 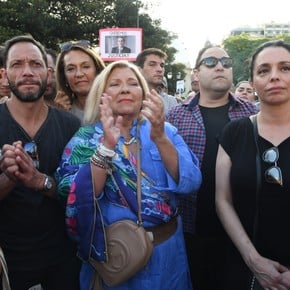 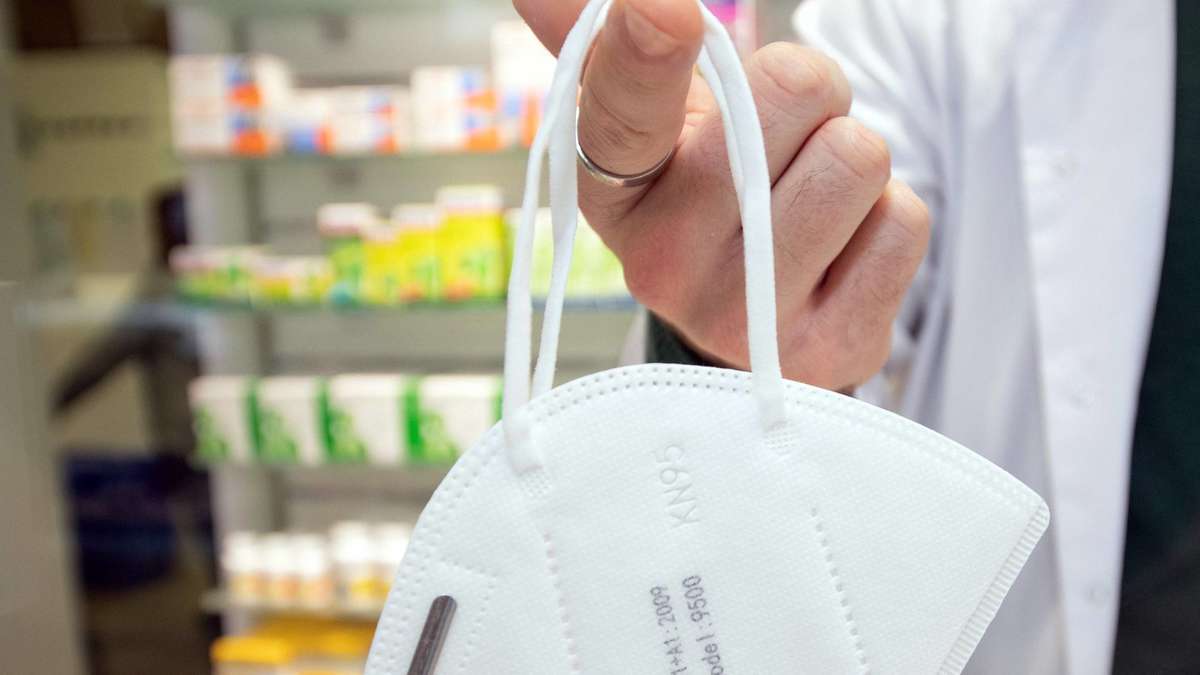 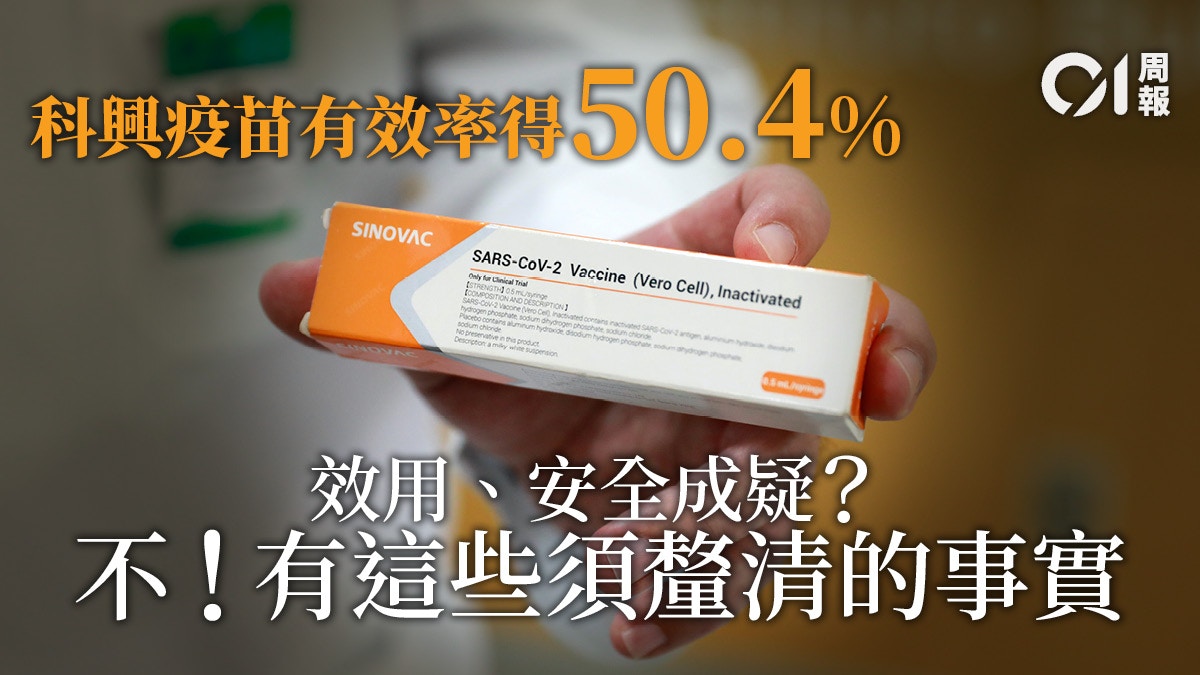 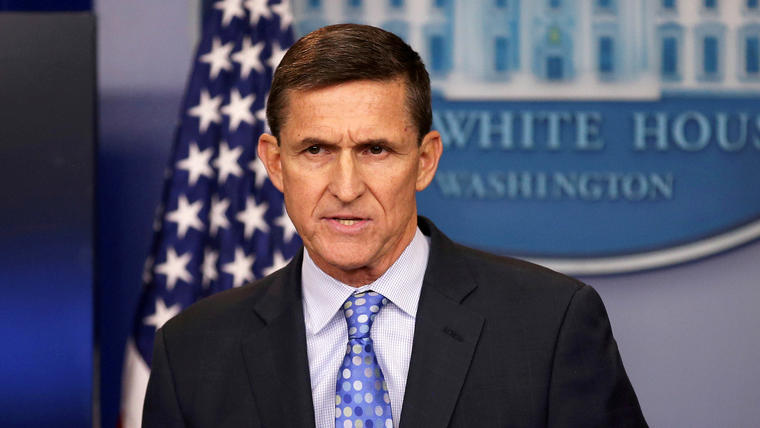 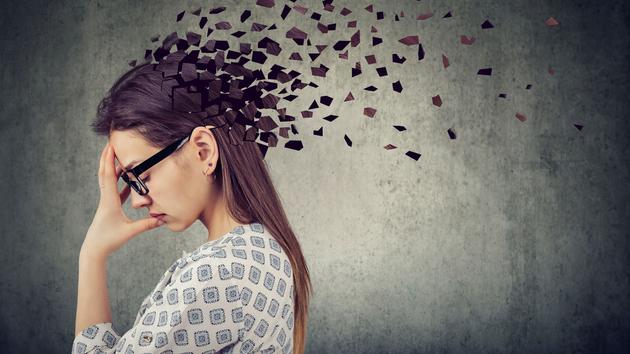 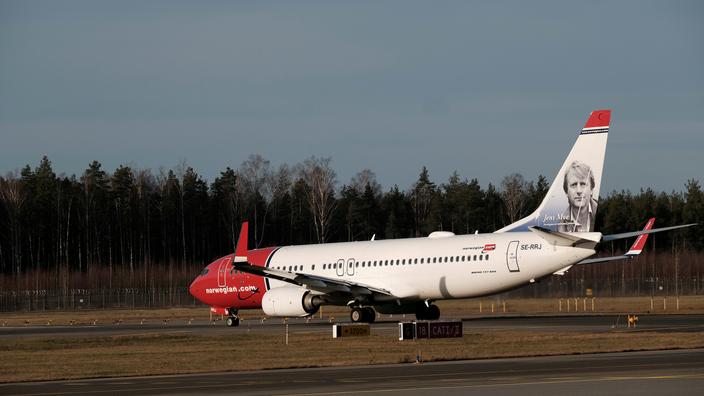 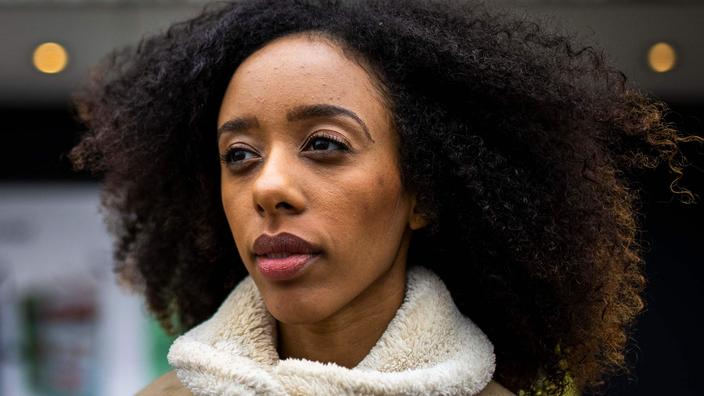 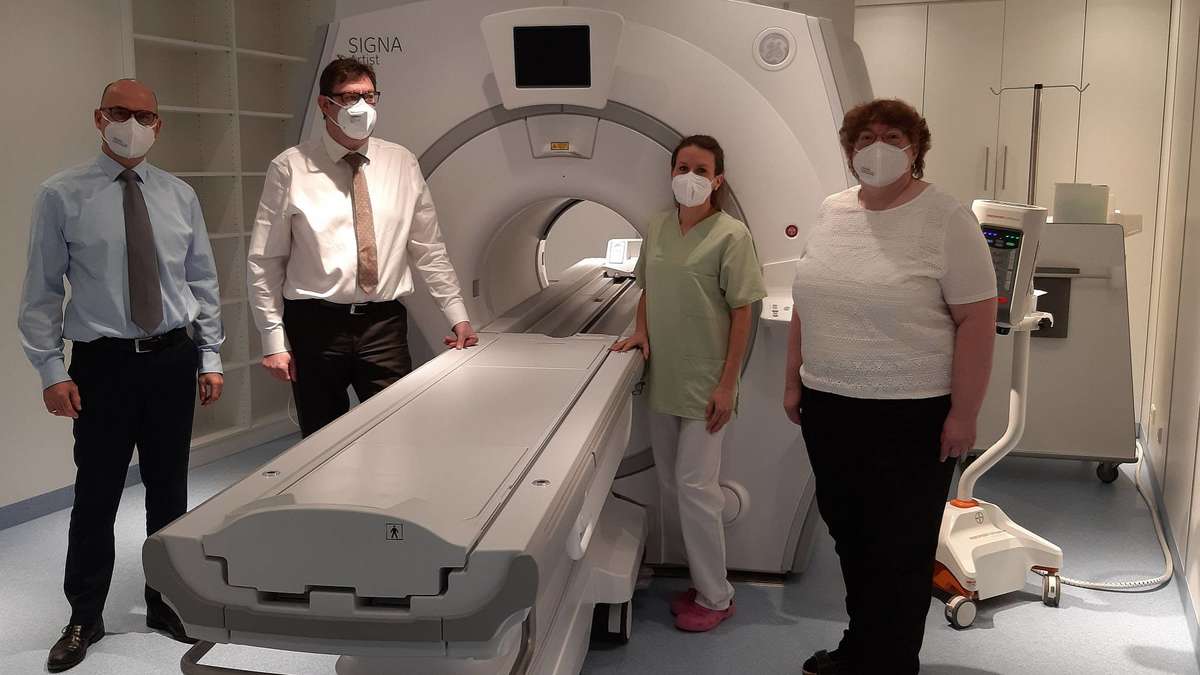