In the Madrid, Tel Aviv, Santiago de Chile, Beijing, New York and Moscow venues the memories of the idol flocked. Flowers, books and flags at half mast 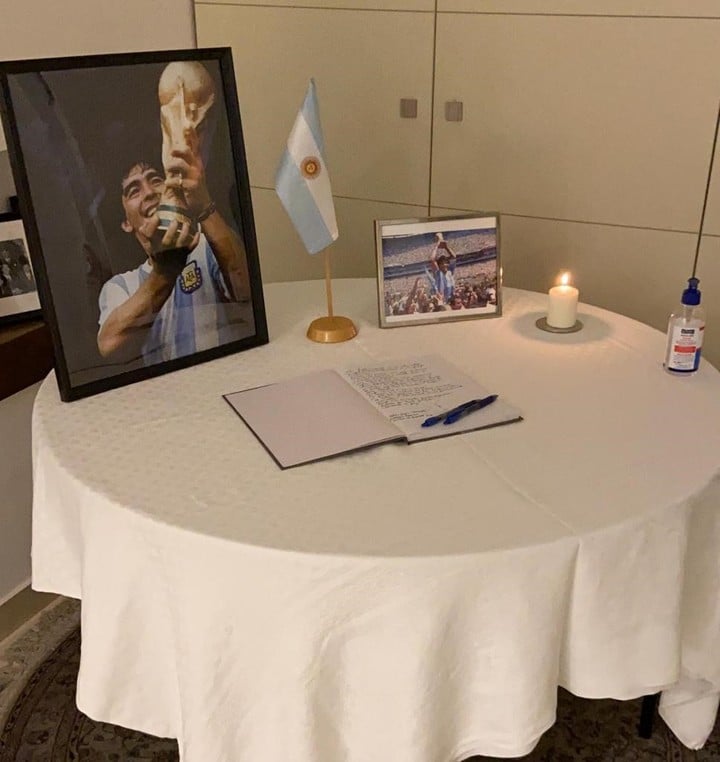 At the end of this convulsed Thursday, between the collective sadness over the death of Diego Maradona, and dismissed with incidents in downtown Buenos Aires, the Argentine embassies in the world also told their stories.

From Chile to China, passing through the missions in Spain, Russia or Israel, the Ten received flowers, letters, condolences.

By the way, the Foreign Ministry issued a curious statement that read the following: "Attentive to the multiplicity of inquiries received in this Directorate General by national and foreign media about the death of Diego Armando Maradona and its repercussion in different parts of the world, much will be appreciated to the representations ", to have" links with the press, to be able to organize and

Throughout the day, ambassadors and consuls worked on Maradona's death.

All Argentine embassies, consulates and representations

placed the national flag at half-staff

, in pursuit of the three days of national mourning that the Government decreed.

The ambassador in Madrid,

Ricardo Alfonsín, opened a virtual condolence book, due to the strong restrictions that prevail in Spain due to the outbreak of the coronavirus pandemic.

a ball and a lit candle

at the door of the headquarters on Fernando El Santo Street

He left it next to a pot with a plant, and the simplicity of the image moved as much as a crowd can move.

President Alberto Fernández even tweeted it.

opened a real book of condolences through which both Argentines and Israelis passed.

Moreover, this Friday it is expected that there will be a

They will pass by the diplomatic headquarters that rises on Medinat HaYehudim Street 85.

so that the Argentine community and all those who feel it can sign a book and join the distance in the farewell that the people give Diego at Casa Rosada," said Urribarri from Israel.

At the embassy in Spain, a journalist from the Marca newspaper left a ball in memory of Diego Armando Maradona

former foreign minister, writer and a deeply soccer family - his brother is Marcelo "El Loco" Bielsa-, accumulated on the bars of the headquarters in Santiago - which stands on Miraflores street, in Vicuña Makenna - countless memorabilia: photos, flowers, flags of "El Diego".

At the Argentine embassy in Beijing, Ambassador

Luis María Kreckler came across a small altar, which received

discreet Chinese citizens who even knelt to greet Diego, whose burial took place this Thursday night.

The tributes in the Argentine embassies abroad.

Tributes in front of bars at the Argentine embassy in Santiago de Chile.

Meanwhile, the Syndic of Naples, Luigi de Magistris, handed over to the consul general of Argentina in Italy, Ana de la Paz Tito,

the banner of the city as a sign of mourning.

"We appreciate the expressions of regret and condolences that we received from Ambassadors to the Holy See, especially from the representatives of Latin America and the Caribbean, the Great Homeland that Diego loved," the Argentine embassy posted on Twitter. before the Holy See, among other posts to honor the soccer idol.

The tributes in the Argentine embassies abroad.

A Chinese citizen in front of the embassy in Beijng

In France the flag flies at half mast at the diplomatic headquarters, and the condolence book receives messages from compatriots and French.

Yesterday, Emmanuel Macron, drew the attention of the whole world by writing a curious and emotional letter in which he described Maradona as the "undisputed sovereign of the ball", and a booty dancer.

Under an immense cold, journalists in Russia drew attention, crowded into the Argentine headquarters in Moscow.

In New York, the Argentine consulate received a letter entitled "You will never walk alone", which a fan left next to the flowers and balls that people were leaving behind. 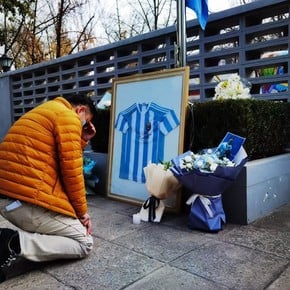 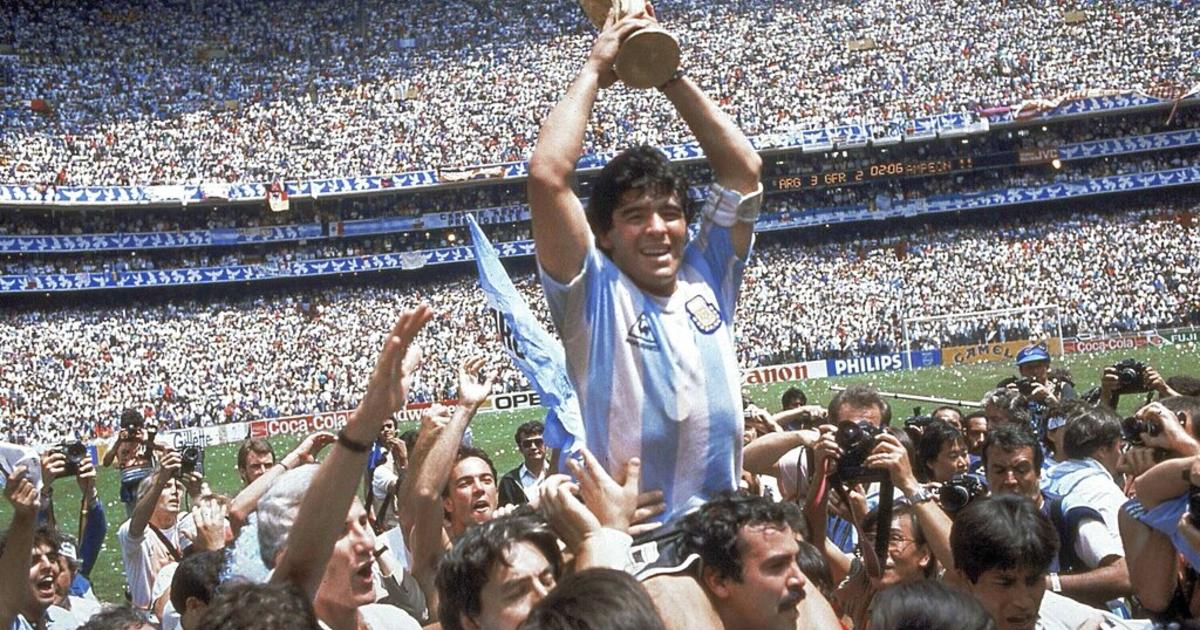 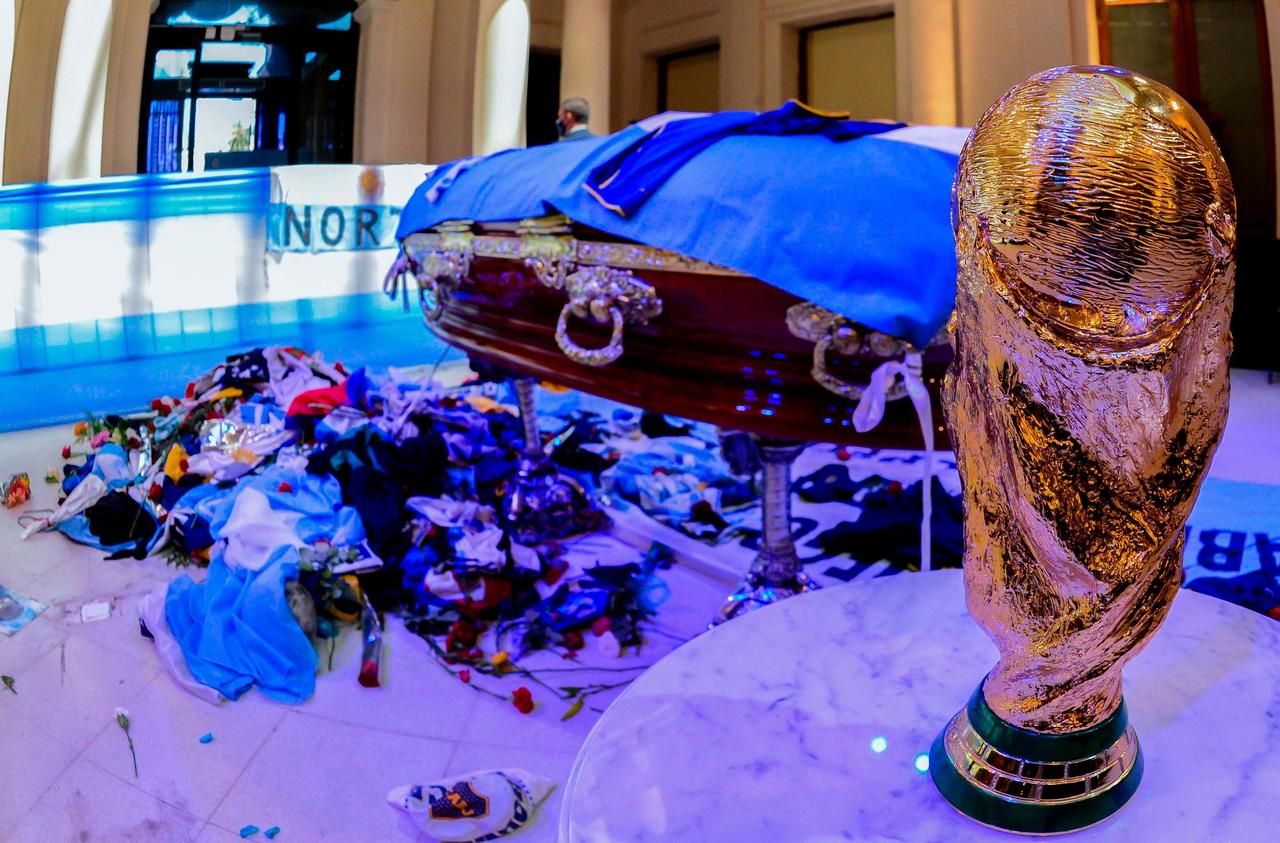 Death of Maradona: dismissed for posing near the remains of the footballer 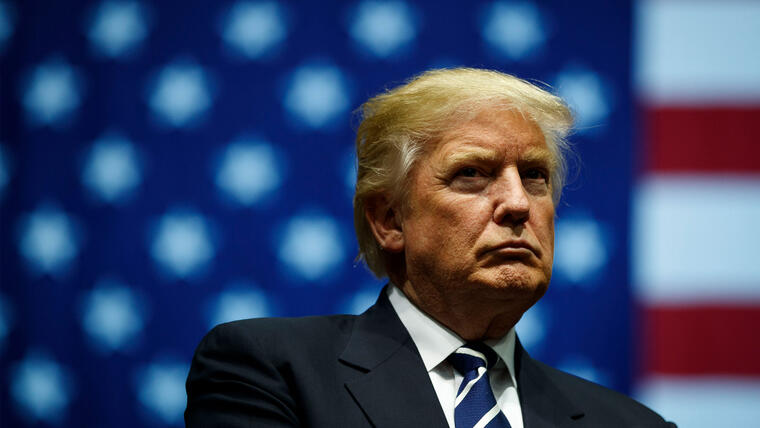 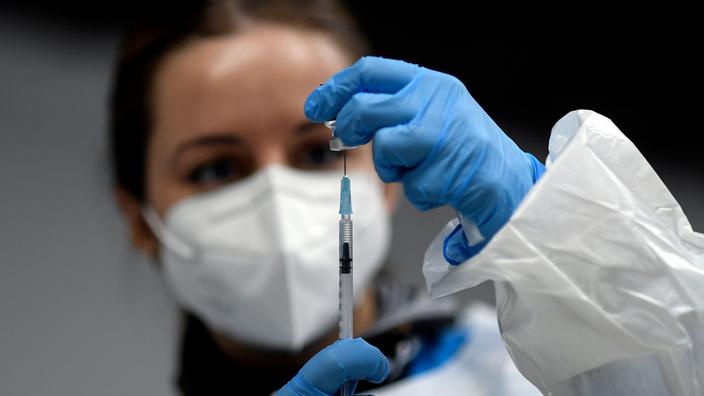 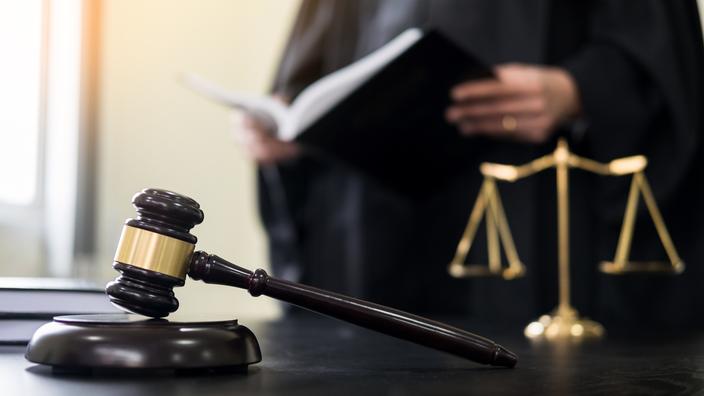 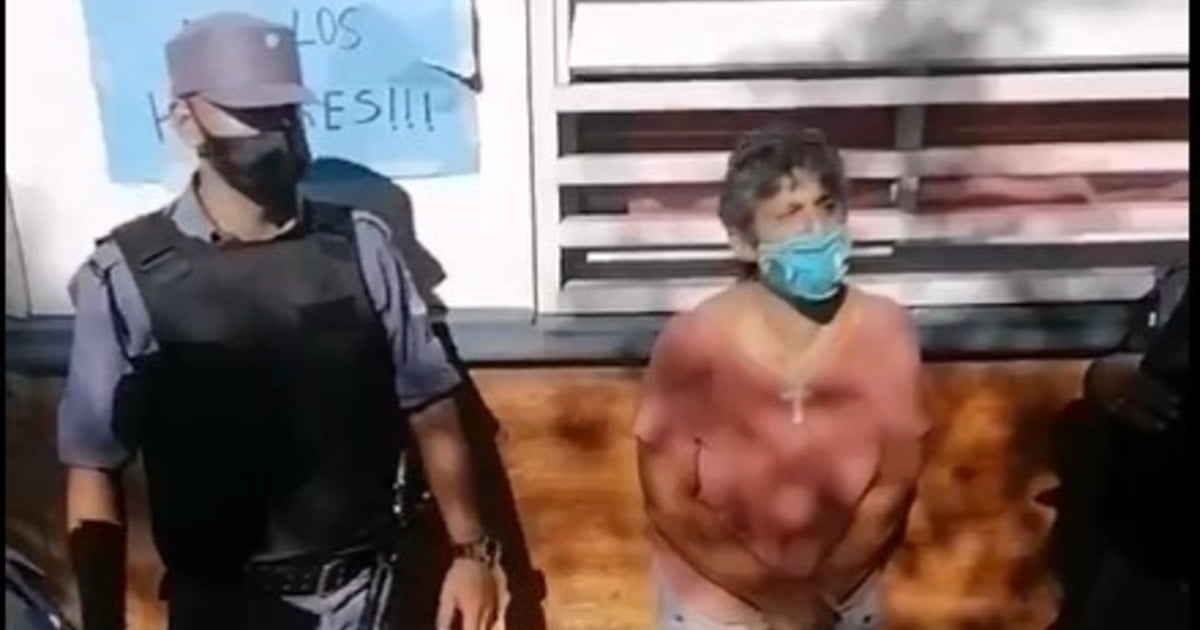 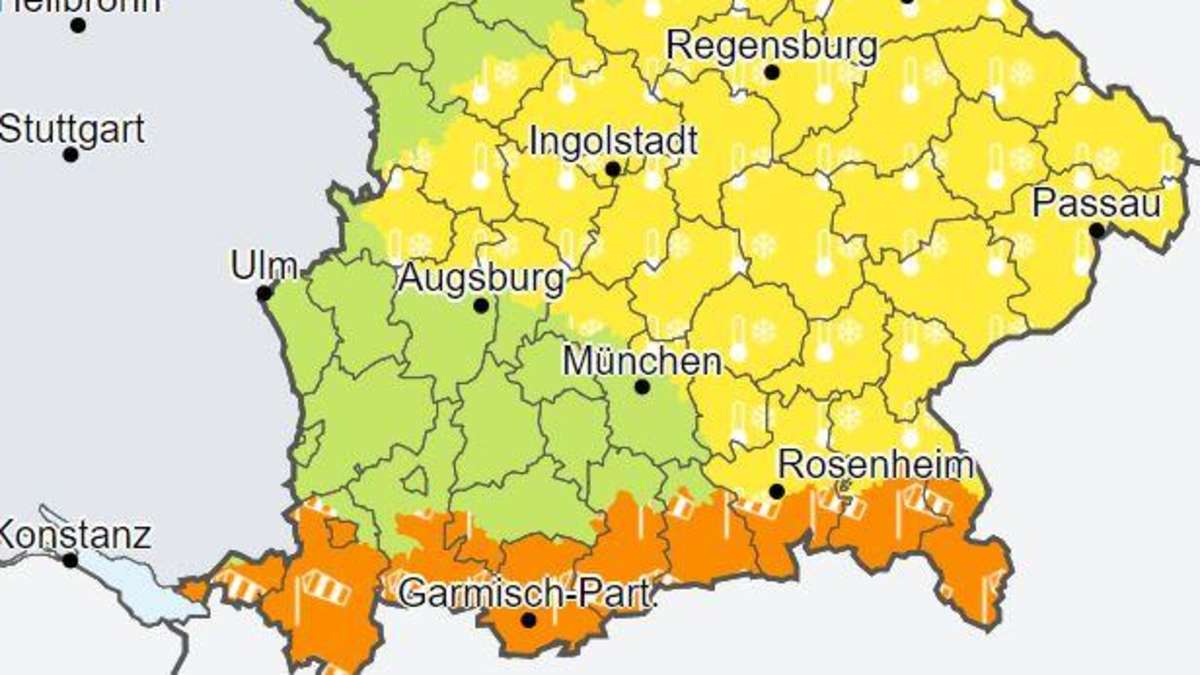 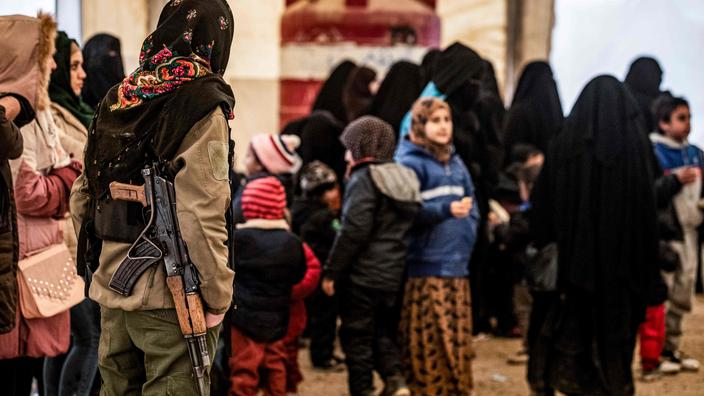