Never before has the judge in Garmisch-Partenkirchen seen so many spectators trespassing. But the subject of the negotiation is moving: A woman went shopping without a mask.

Never before has the judge in Garmisch-Partenkirchen seen so many spectators trespassing.

But the subject of the negotiation is moving: A woman went shopping without a mask.

- The district court as a show stage, that doesn't happen every day.

Actually, this day is about a minor matter: a buyer without a mask.

Certainly happens more often in times of the corona pandemic.

That makes the whole thing a bit more explosive.

After all, the largest municipality in the northern district has developed into something like a small center for opponents of the pandemic.

And indeed: that's why the wind blows.

At the main hearing against a 48-year-old woman from Mecklenburg-Western Pomerania who violated the mask requirement, all seats in the hall are taken.

Only 22 are currently allowed in.

On one side, the mask opponents position themselves demonstratively walking through the courthouse without mouth and nose protection.

On the other, the police are present, also because disruptions have been announced.

“I've never seen the meeting room so full when someone trespassed,” he says when the verdict is announced.

The crackling sound in the hall can be felt all the time, the opponents eyed each other suspiciously, the atmosphere is tense.

First of all, the accused, who works as a waitress in a Schlehdorf restaurant, willingly takes a position on the allegations.

After a demonstration, which, according to her, was about a “different explanation of the corona situation”, the participants met for dinner on the afternoon of June 6th.

Then some went shopping at Edeka - without mouth and nose protection.

Defendant feels treated unfairly: "This is a farce!"

“Wasn't there at the supermarket, you can only enter with a mask?” The chairman researches.

"It is written everywhere," replies the defendant, "but I have an exemption for health reasons".

She had the certificate with her, but the store manager wasn't interested.

She believes she is wrongly in the dock.

"What am I doing here?

It's a farce! ”After being asked to leave the shop, she marched out 30 seconds later.

In their opinion, the shopkeeper wanted to make an example.

The head of the market could no longer remember the incident in June precisely.

A group of four or five people entered his shop without a mask.

He made it clear that he would not tolerate it.

There was lively discussion.

“When other customers came along, it escalated.

Then I was banned from the house. ”He does not recognize a certificate for a mask exemption, feels obliged to implement the infection protection ordinance.

"I have the house right."

Head of the Edeka store: A whole group entered the store without a mask

The defense attorney asks the shopkeeper whether he will withdraw the criminal complaint if the defendant assures that she will no longer shop in his shop.

The testimony of the witnesses is eagerly awaited.

Among them is doctor Dr.

Gudrun Ströer, who is known from the Murnau demonstrations.

She was also shopping that afternoon.

“The store manager was angry with us.

It was very uncomfortable to be yelled at all the time, ”she says.

When more customers came, she and the defendant were surrounded.

“We felt threatened by the men,” Ströer emphasizes, and there were “informers on the way” about whom she wanted to warn the accused.

What surprised the doctor in particular: In the previous weeks, her husband Dr.

Uwe Erfurth and she bought six to seven times in the same store without a mask - without being prosecuted.

Witness: Market manager made a "roar"

Erfurth, who campaigns for the protection of basic rights, but is suspected of belonging to the Reich citizens' scene after a trial in July, confirms his wife's statement.

The store manager did not want to discuss and expelled the mask-free guests from the shop.

"Because of the noise he made," the group went outside.

Further testimony from police officers, an Edeka employee and other mask opponents do not provide any new information.

For the prosecutor, the matter is clear: the trespass is certain for him.

The shop operator had exercised his domiciliary rights.

He thinks a fine of 2,000 euros is appropriate.

The mask refuser announces her appeal

His client "obeyed the ban and went straight out of the store." This is not about a political forum, but about whether the defendant quickly left the market - after 30 seconds.

"We have to discuss such ridiculousness here," the lawyer exclaims.

He too sees the case in such a way that “Edeka wants to make an example”.

The judge ultimately reduces the fine, but clearly sees the offense of trespassing.

Brief murmur in the courtroom.

“A general arrangement is sufficient.

The mask requirement serves to protect other customers and employees. ”The woman“ has dealt with the subject in detail.

You should have known that there is a general ban on entry without a mask. ”The reaction of the other side was clear: the lawyer announced an appeal.

Purchased without a mask: woman ends up in court - Corona deniers cavort at trial - police are ready

Purchased without a mask: woman ends up in court - Corona deniers cavort at trial - police are ready 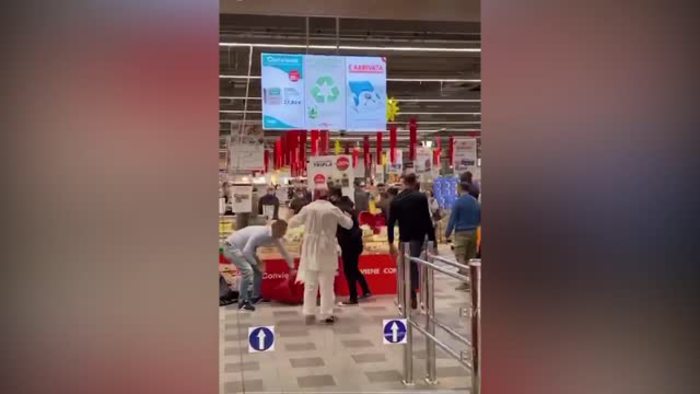 Brawl in a supermarket for the mask - Italy

Celebrities imagine that they will not be recognized when shopping for Corona - well, who is it? 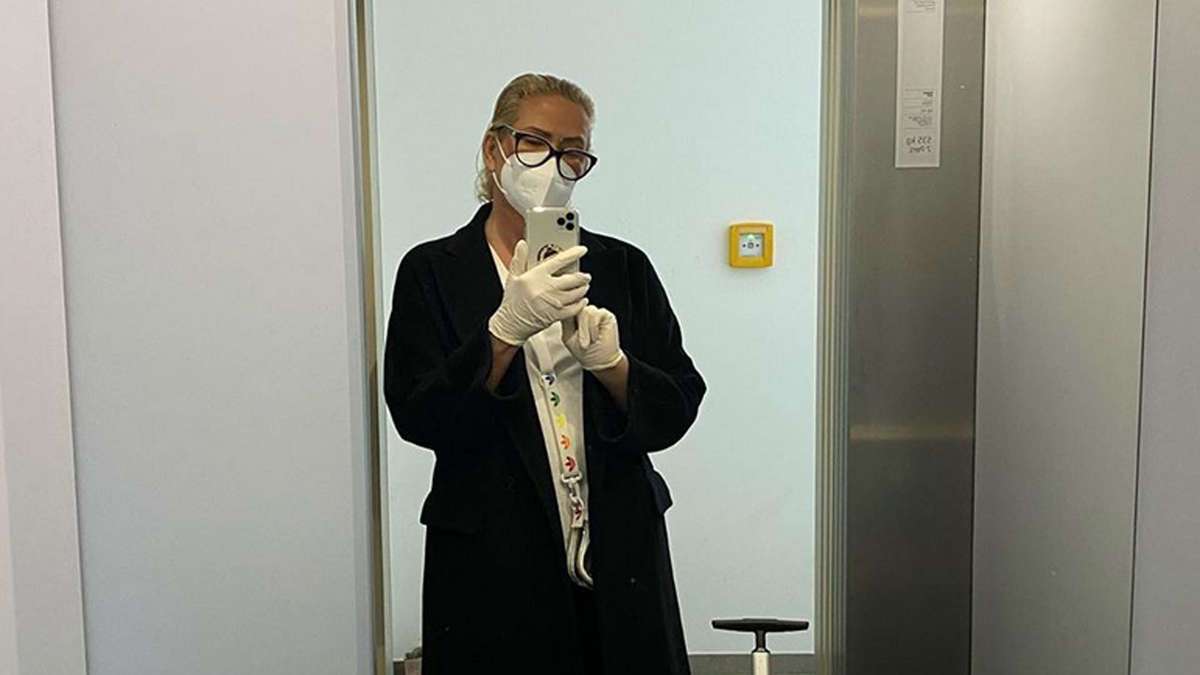 Celebrities imagine that they will not be recognized when shopping for Corona - well, who is it?

Celebrities think they will not be recognized when shopping for Corona - well, who is it?

Celebrities think they won't be recognized when shopping for Corona anyway - well, who is it? 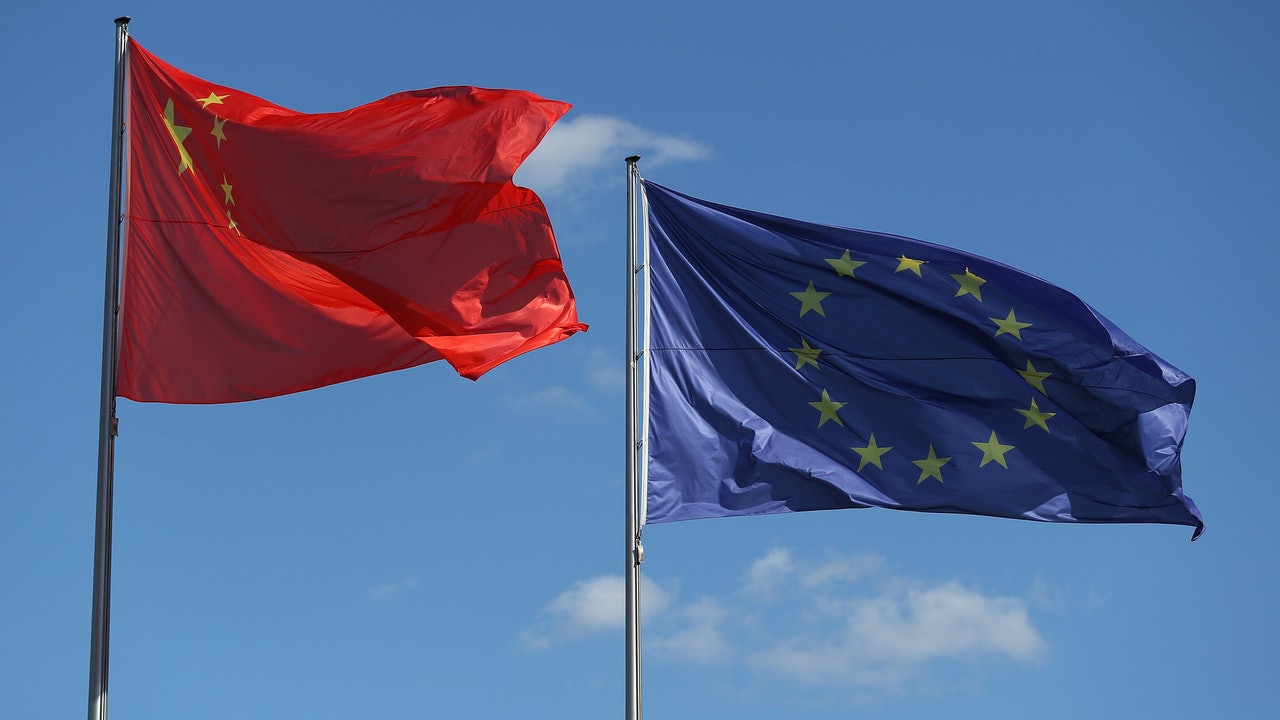 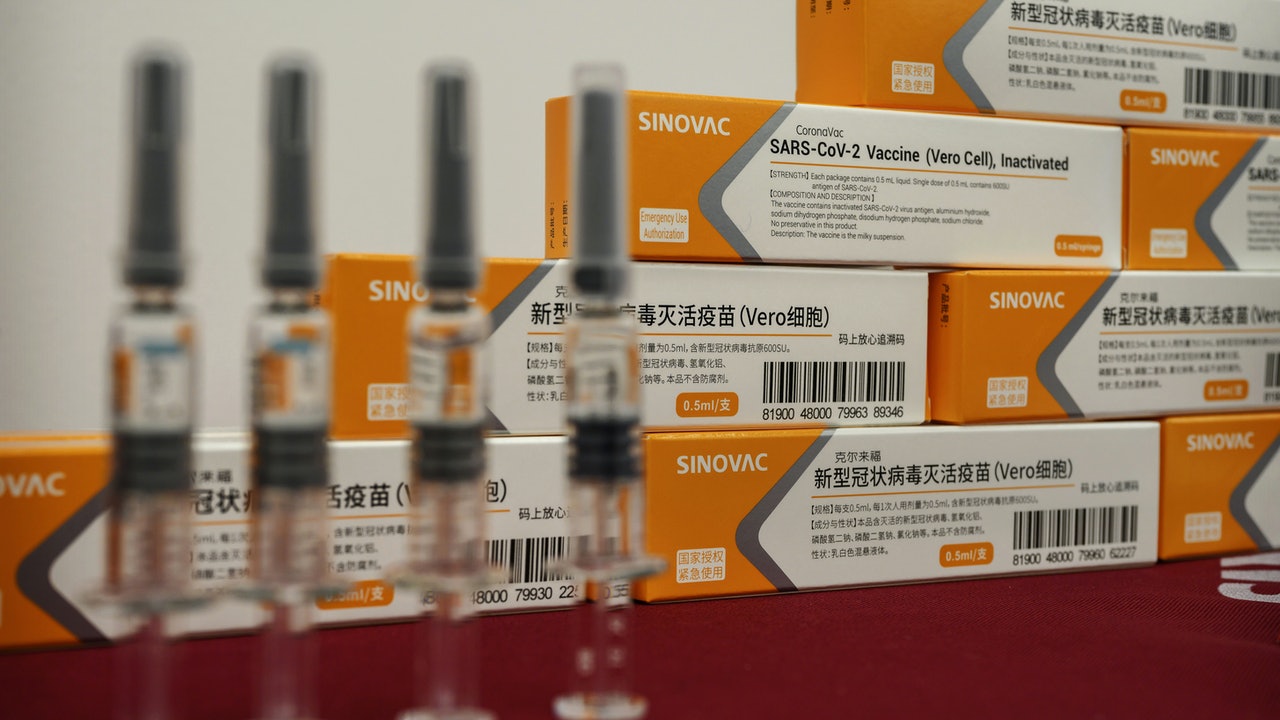 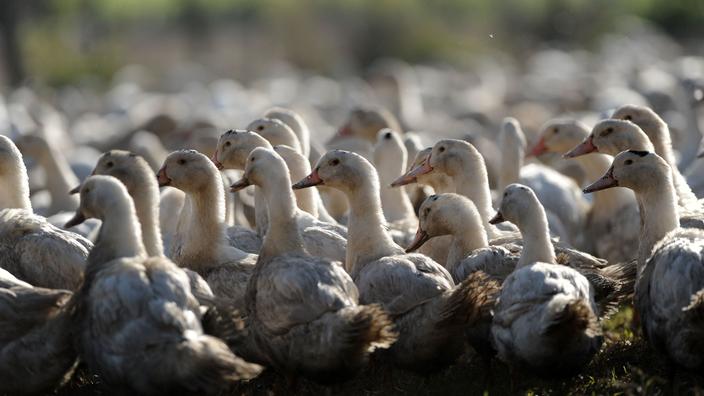 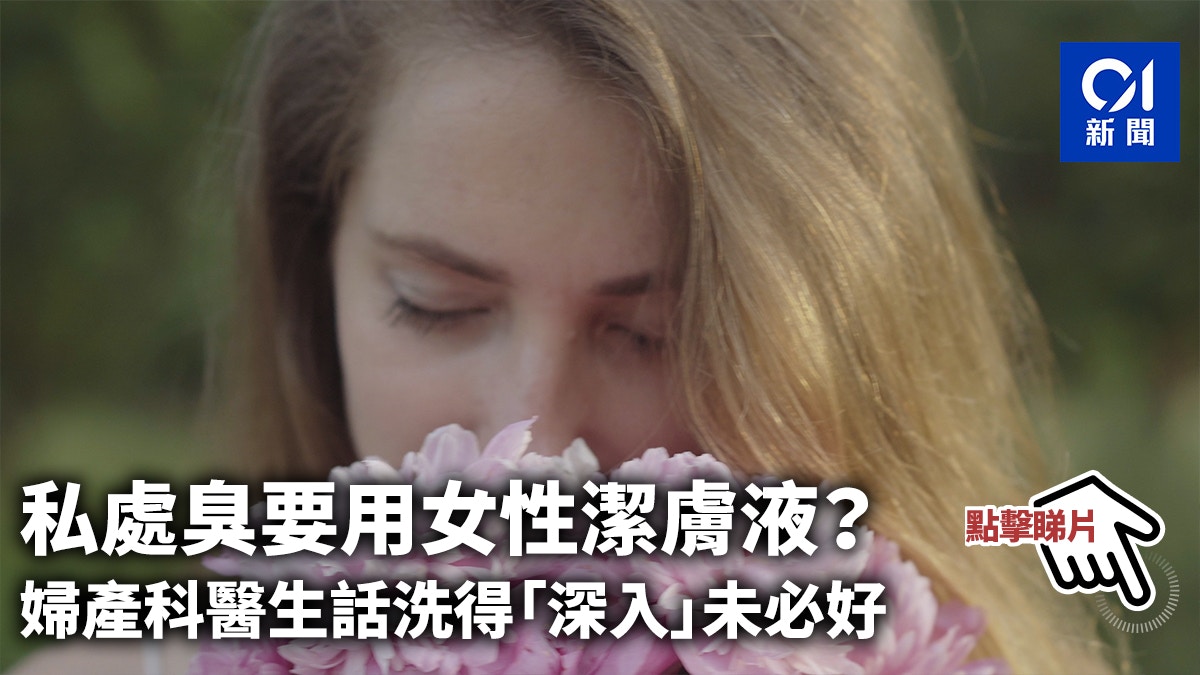 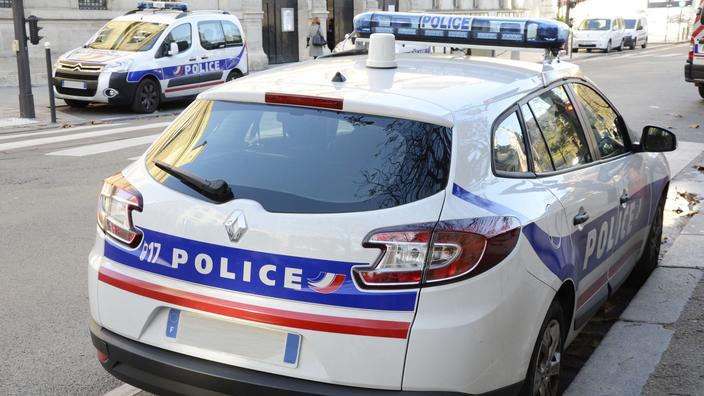 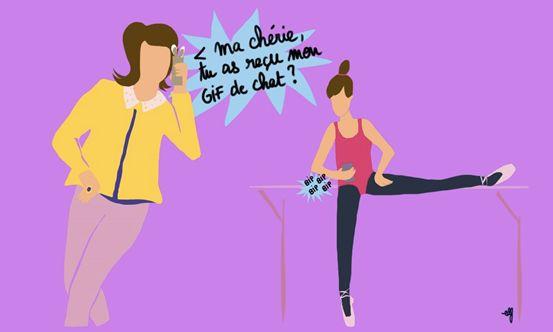 New crown pneumonia | Assistant Engineering Supervisor of the Office of the Permanent Secretary of the Transport and Housing Bureau diagnosed on the last working day
2021-01-22T11:34:45.734Z 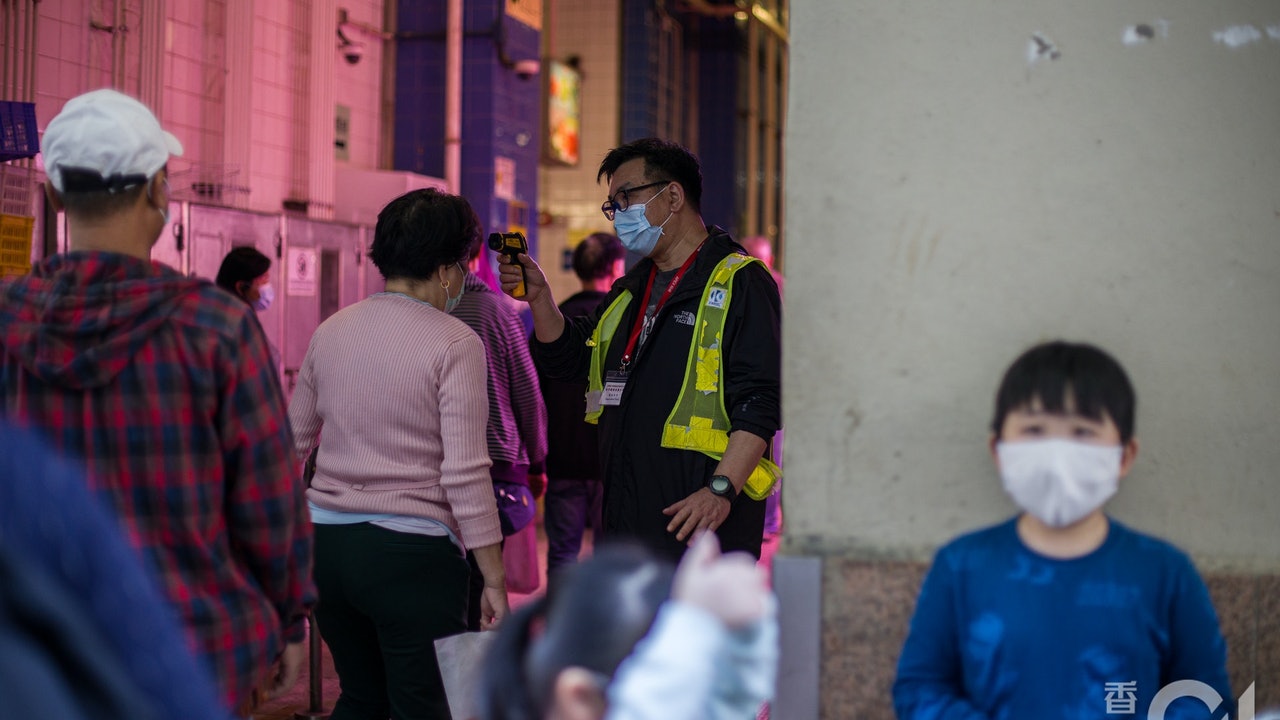 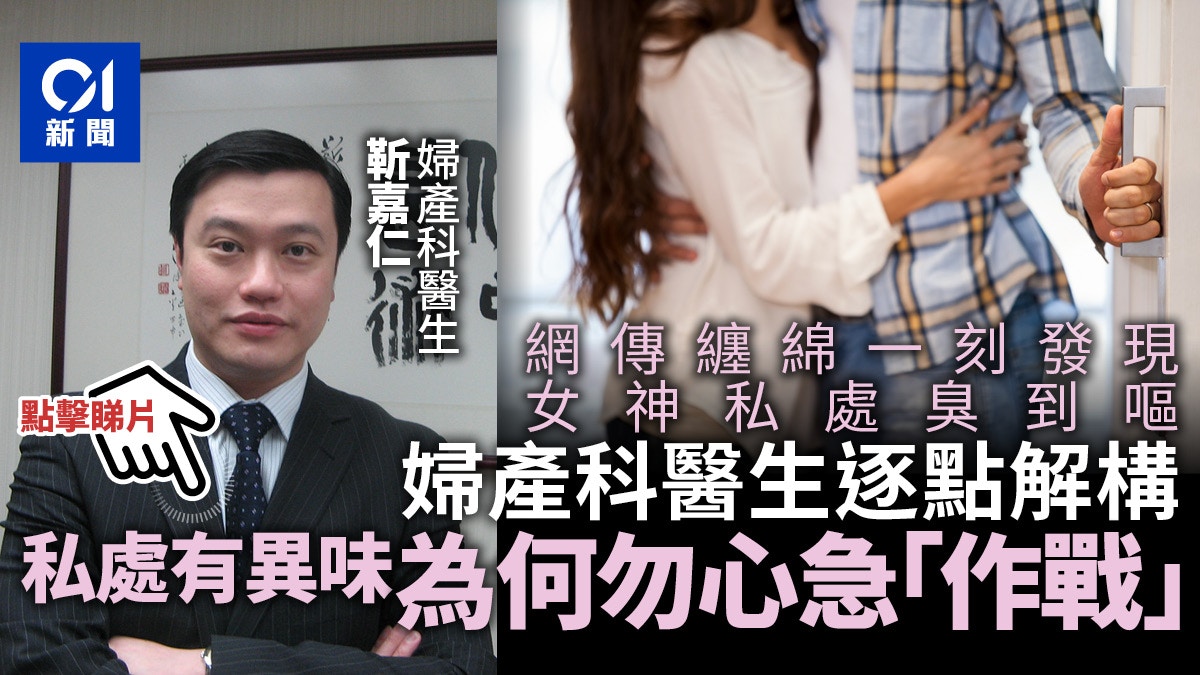