The 11 most outstanding series of December

Review of some of the most recommended releases of the monthTo fill a more homely Christmas party than usual, the networks and platforms have planned a new batch of various premieres and series returns. Our usual monthly selection ranges from Spanish historical blockbusters to the highly anticipated returns of two youth fictions, to a comedy to lighten the load this year or the first series produced by Shonda Rhimes for Netflix. Of all the premieres and co 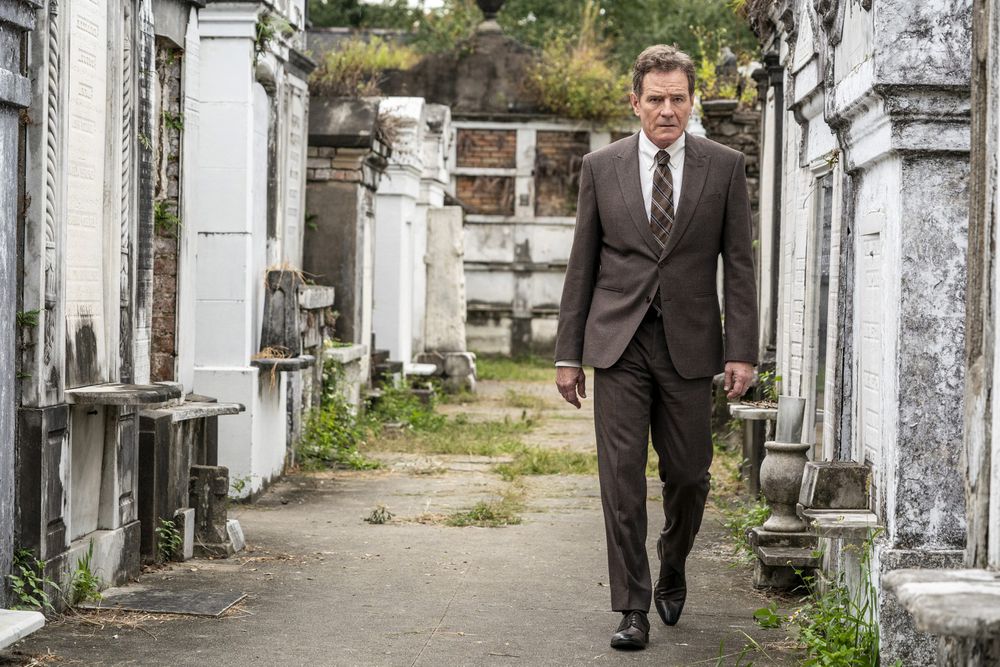 To fill a more homely Christmas party than usual, the networks and platforms have planned a new batch of various premieres and series returns.

Our usual monthly selection ranges from Spanish historical blockbusters to the highly anticipated returns of two youth fictions, to a comedy to lighten the load this year or the first series produced by Shonda Rhimes for Netflix.

Of all the premieres and comebacks in December (which you can check in our calendar), we recommend giving this selection a try.

, have been on many occasions a great television lifeline.

Many have returned to see

this year in search of a smile that was difficult to find in the real world.

is one of his heirs among the titles that are in issue.

The optimism that the protagonists give off in this comedy set in a police station is now more necessary than ever.

The last season that has been broadcast is here, while in the US the new episodes will start in 2021.

Tell me who I am

Julia Navarro's best seller becomes the first international production of Movistar + thanks to its alliance with Telemundo International Studios.

Irene Escolar transforms into Amelia Garayoa, a woman who is drawn by her ideals through some of the great historical events of the 20th century, from the Franco uprising to the liberation of Berlin, through the communist boom in Moscow or the del Duce in Rome.

Considering its start, the result is a very good production that hooks from the first moment for its main character and the energetic interpretation of Escolar.

Movistar + premieres it on Friday the 4th with a double episode, and every Friday a new chapter until the 9 of the miniseries are completed.

Selena is one of the greatest exponents of Latin music in the world.

With more than 70 million records sold, her fame as the queen of tex-mex was enormous in the 1990s.

About to turn 24 and at the peak of her career, she was assassinated by the president of her fan club.

That's where the legend of Selena was born, which Netflix now transforms into a series with actress Christian Serratos giving life to the singer.

The expectation is enormous, especially among the Latin American public.

Will we be before the new

The first season will be available on Friday the 4th on Netflix.

The groundbreaking teen drama starring Zendaya (and for which she won an Emmy Award for Outstanding Lead Actress) returns with two special episodes, one in December and one in January.

The first is titled The Striped Are Not Eternal and follows Rue during her Christmas celebration.

Sam Levinson, creator of the series, writes and directs the episode in which Colman Domingo also participates and which was shot during the pandemic.

, surely the Christmas spirit is not exactly the one we have in mind, with lights, Christmas carols, gifts, family dinners and laughter, and things have a darker look.

But at the moment we can only make conjectures about some special episodes of which little else is known.

The special Christmas episode premieres on the 7th on HBO Spain.

The second special will be seen in January on a date yet to be determined.

The mess you leave

Carlos Montero adapts his own novel in series format with Inma Cuesta, Bárbara Lennie and Arón Piper leading the cast.

The story begins with the arrival of a new literature teacher at the institute in a Galician town.

Shortly after arriving, he learns that the teacher who supplies committed suicide, and that her shadow is still very present among the students and the villagers.

His reception, moreover, could not be colder: between class exams, he finds a note that says "And how long will it take you to die?"

that discovers what really happened to Viruca, the dead teacher.

All eight episodes will be available on Friday the 11th on Netflix.

In August 2017, a Swedish journalist disappears after getting into a homemade submarine to interview its builder.

Soon after, the submarine appears sunk and the owner is rescued alive.

But there is no trace of the journalist.

focuses on the investigators who handled this case that shocked Denmark and made headlines around the world.

Without us seeing the defendant at any time, the story shows the emotional, professional and personal exhaustion that such an investigation supposes on those in charge of the case.

as protagonists of the series.

Its start is very promising and has received rave reviews.

On Friday 11 it will be complete on demand on Movistar +.

Legend and history are mixed in the figure of Rodrigo Díaz de Vivar, El Cid Campeador, whose exploits have come down to us through the famous song of deed to which he gives its title.

This series makes its own interpretation of the hero to follow his adventures from his early years, when the young Ruy moves between loyalty to his lord and loyalty to his family.

Jaime Lorente gives life to the hero in this series that has, as a whole, some interpretive deficiencies and a first episode somewhat weighed down by the amount of characters and context necessary to continue their relationships.

Even so, as one of the most important bets of Amazon Prime Video in Spanish production it deserves our attention.

The five episodes of its first season premiere on Friday the 18th on Amazon Prime Video.

) and produced by Robert and Michelle King (

Cranston plays a highly respected judge who decides to hide the truth to protect his son when he accidentally runs over a young man - who dies - and runs away.

The victim was the son of a ruthless mob boss, so the case becomes mediatic and the pressure will grow as the judge tries to do everything possible to protect his son.

A thriller that starts with a slow and tense pace that goes hand in hand with a protagonist who finds himself putting all his moral foundations to the test.

We already know that Bryan Cranston is very good at normal men who find themselves in absolutely abnormal circumstances and who put their ethical principles to the test.

It premieres on Monday the 21st on Movistar Series with a weekly episode.

Maisie Williams stars in this black comedy thriller in which she plays a young misfit whose father died under strange circumstances when she was a child.

With his mother, he has led a rural life in seclusion and using survival techniques to get ahead.

Now he faces the real world to try to honor his father's memory.

Some British critics have made reference to

in their texts about this series, which also highlight the interpretations of its protagonists.

On HBO Spain on Wednesday 23.

Shonda Rhimes's millionaire contract to create and produce series for Netflix was announced in 2017.

And now the first of those jobs is finally coming to light.

It is the adaptation of some romantic novels set in the London high society of the early nineteenth century.

) and which tells the story of eight brothers from an aristocratic family.

Betrayal, revenge, jealousy and love intertwine in a plot that, according to the first advances, seems to point to a kind

who wants to be the serial drug we need in the final stretch of the year.

Its eight episodes can be seen on December 25 on Netflix.

which Antena 3 broadcast between 2008 and 2011, count the days to meet the protagonists of that high school drama and find out what happened to them at this time.

Nostalgia and the desire to recover old (or not so old) great successes go hand in hand in this return in the form of a two-episode event for which many of its protagonists return: Andrea Duro, Angy, Maxi Iglesias, Adam Jezyerski, Javier Calvo, Ana Milan, Blanca Romero or Marc Clotet.

The reunion of the old Zurbarán companions takes place on the occasion of Yoli's wedding, where they will see how they have changed in this time and what things remain the same as always, while a secret flies over the group.

Atresplayer Premium premieres the first episode on Sunday, December 27, and the second, on Sunday, January 3.

Other December Releases and Highlights Comeback

The rest of the premiere and return dates, in the Fifth Season series calendar

More series recommendations and all the television news, in the

The 11 most outstanding series of December 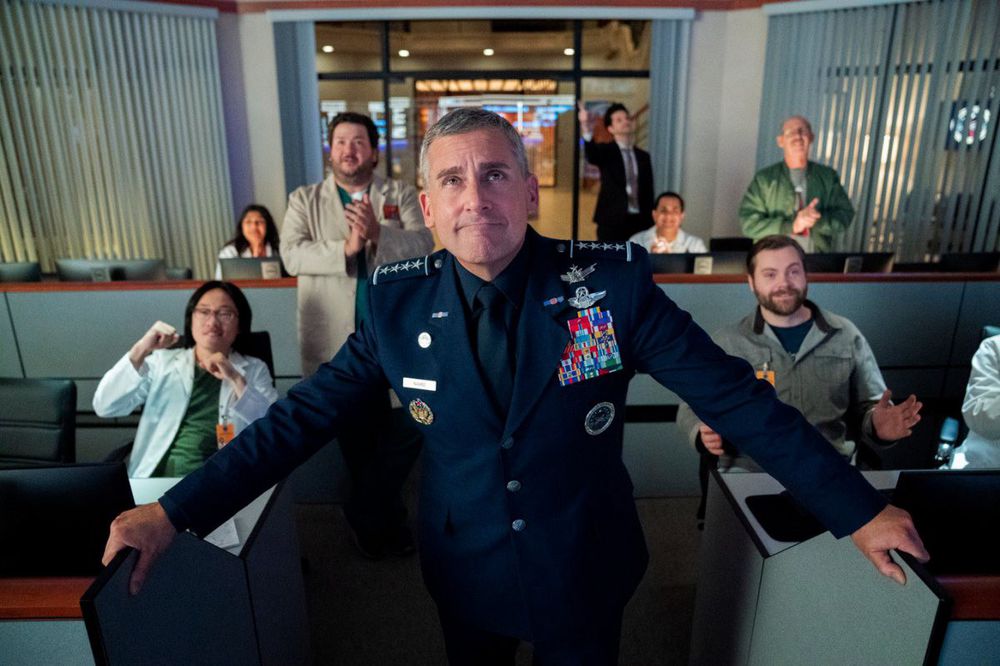 The 11 most outstanding series of May 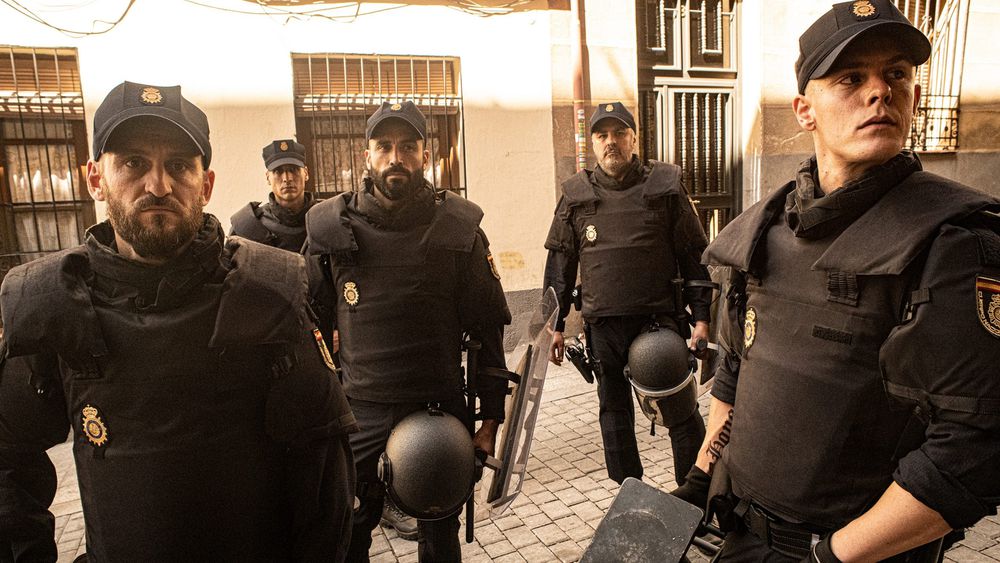 The 11 most outstanding series of October The 11 most outstanding series of January 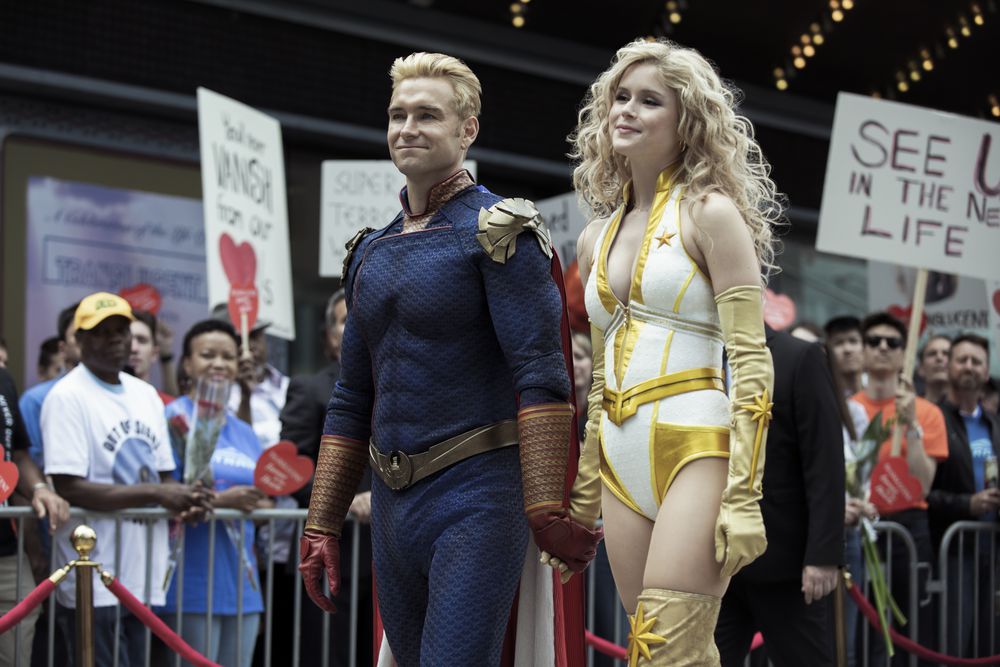 The 12 most outstanding series of September The 12 most outstanding series of June 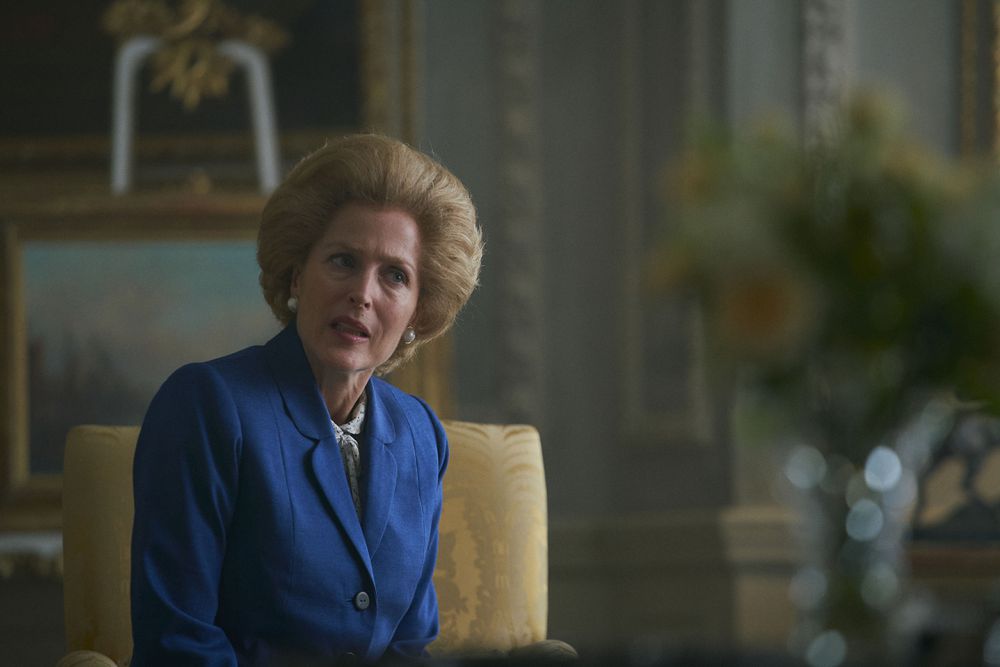 The 13 most outstanding series of November The eight most outstanding series of August 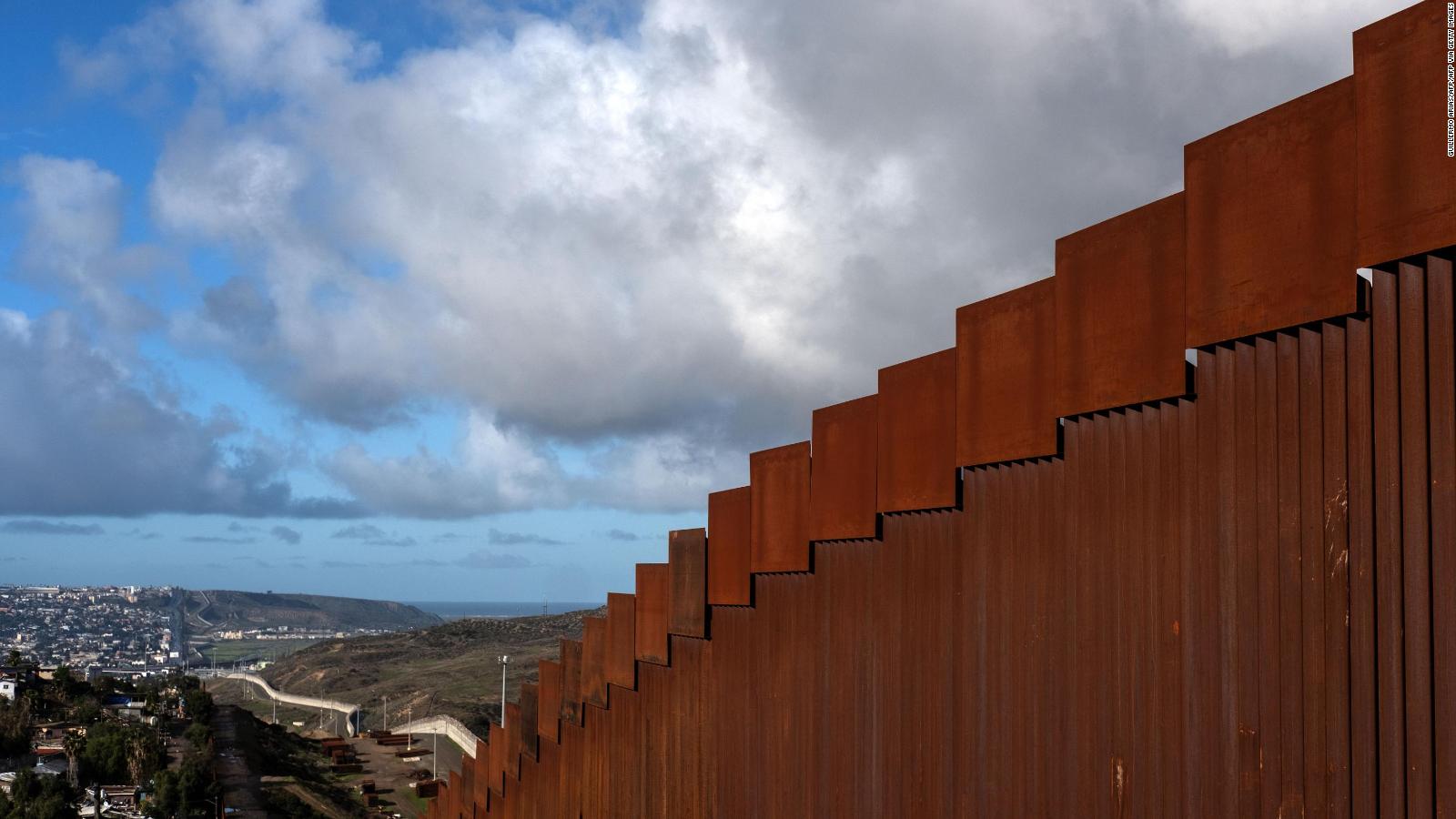 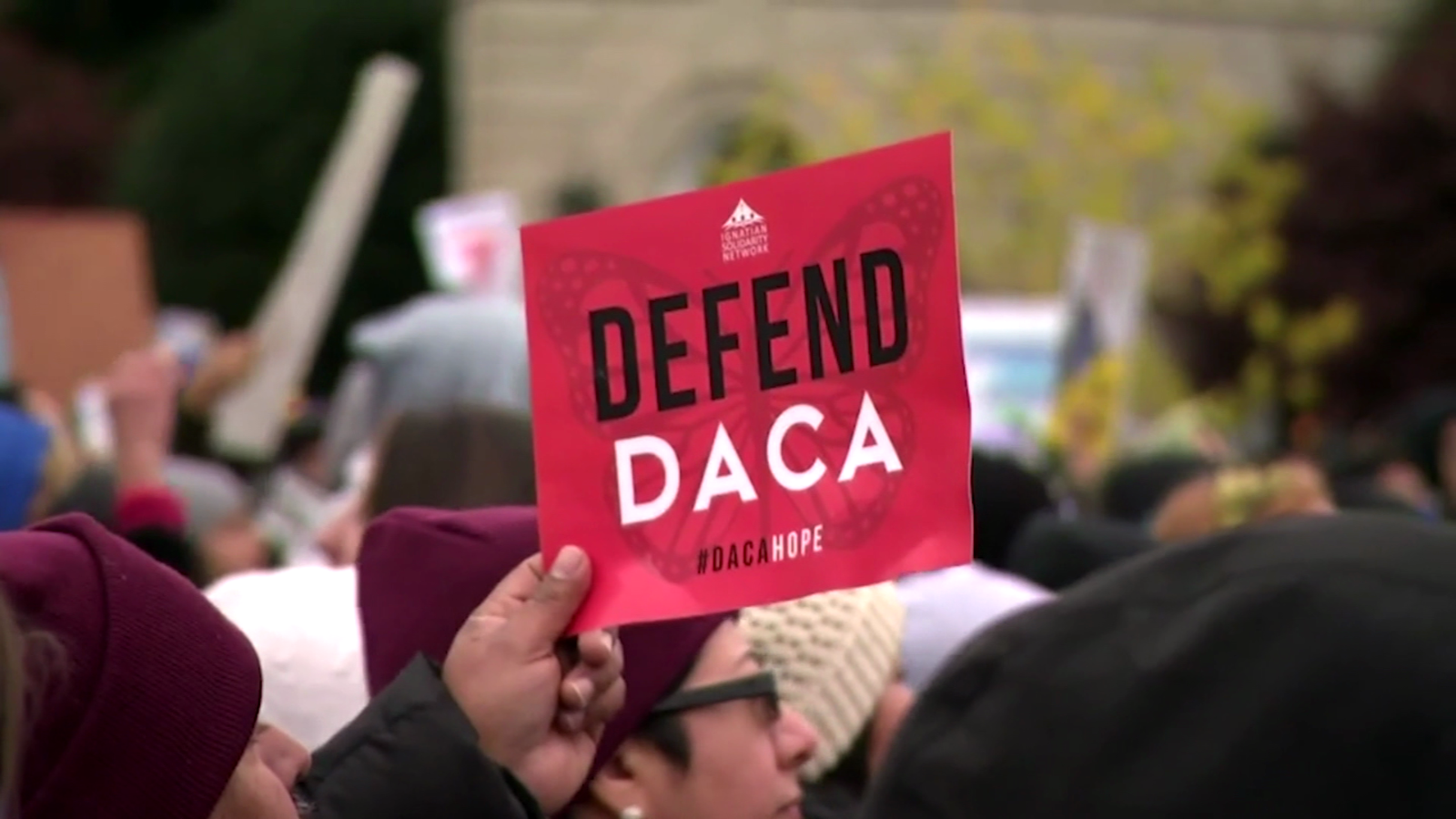 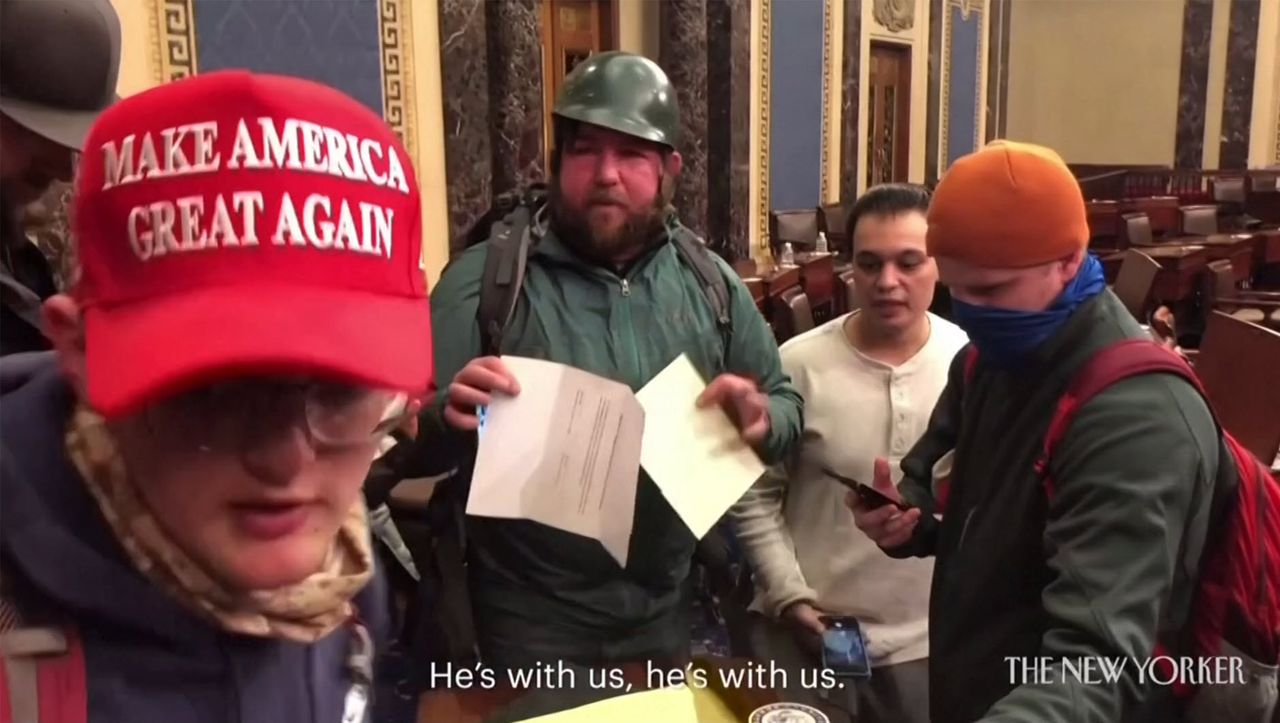 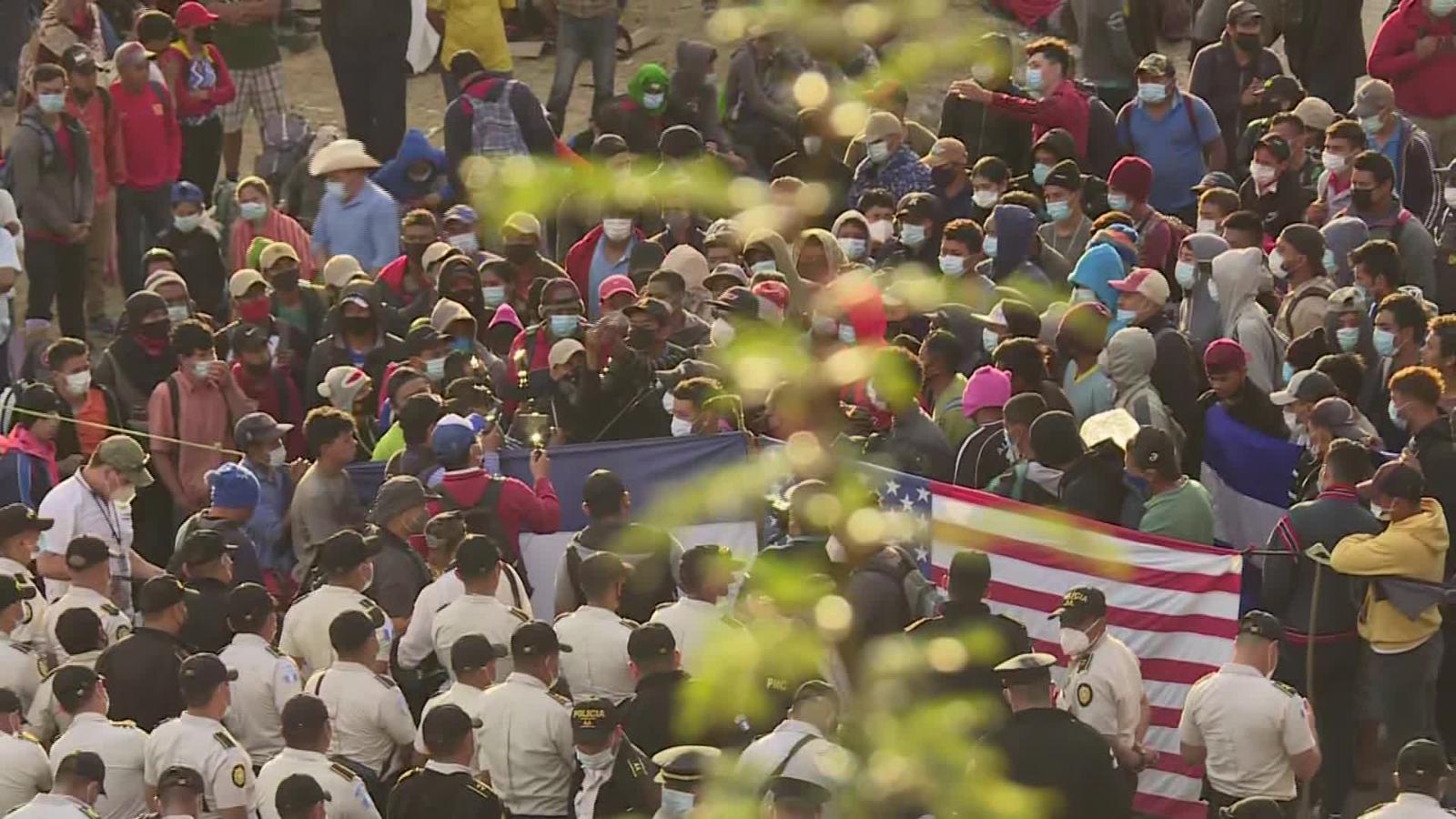 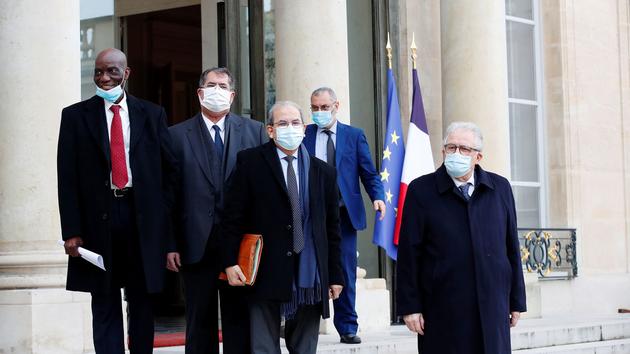 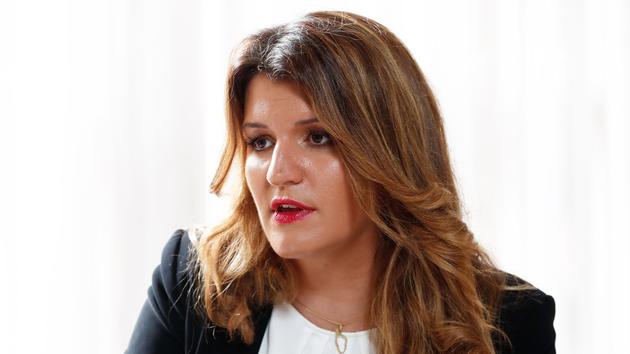 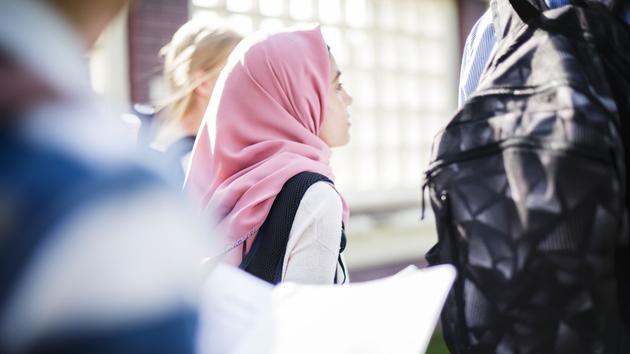 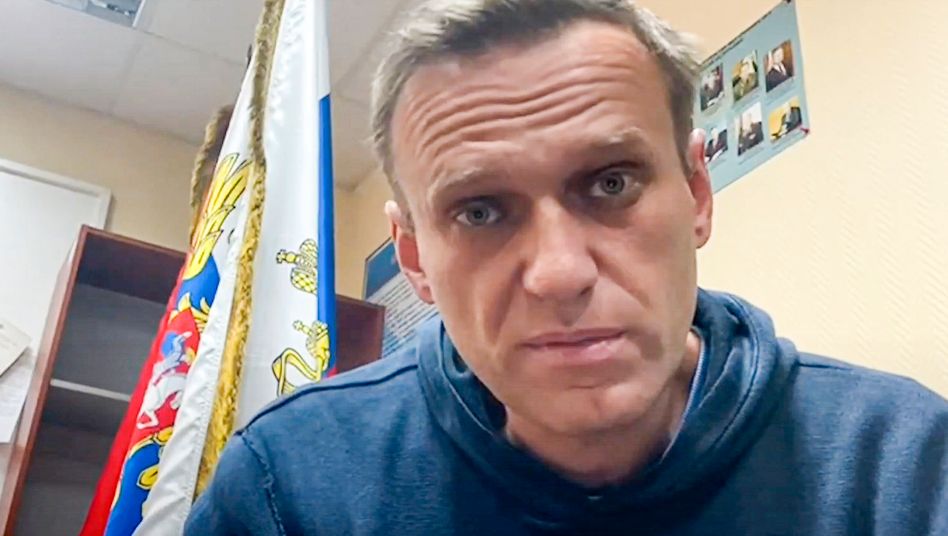 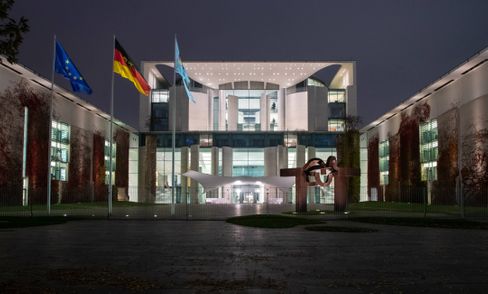