Coronavirus disease. News｜News: About 102 confirmed cases of infection of board members of Science Park 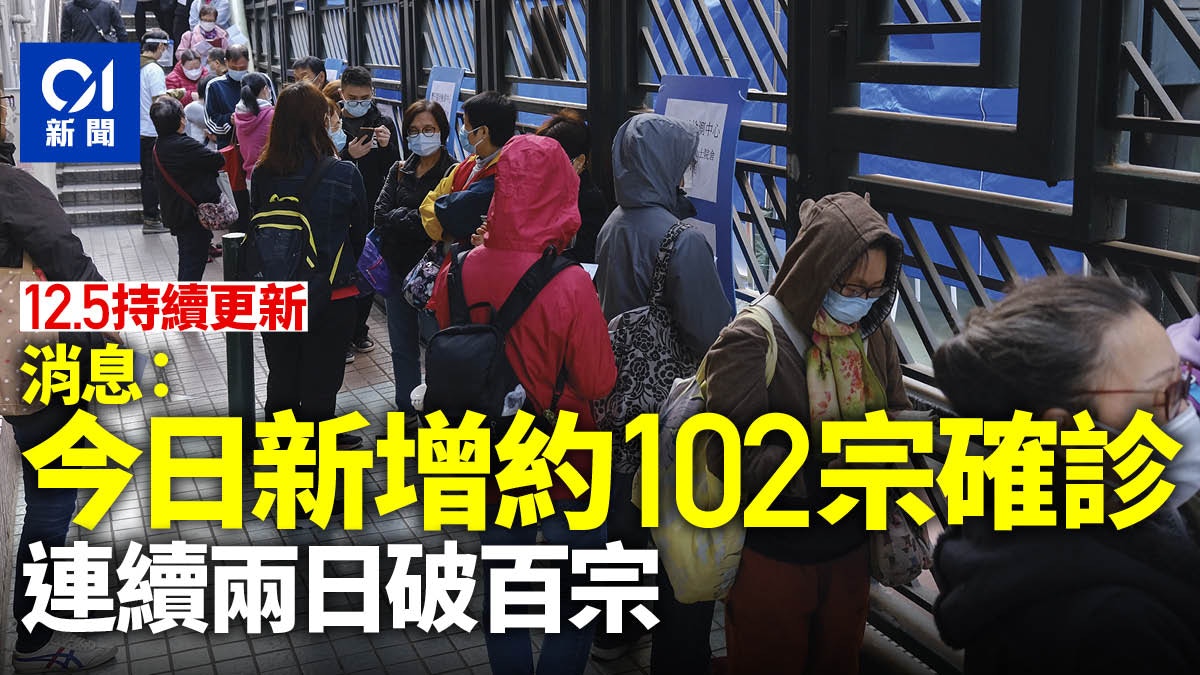 The fourth wave of new crown pneumonia has worsened. The Department of Health yesterday (4th) announced 112 new confirmed cases of new crown pneumonia, marking the third "breaking 100 days" within a week (this Sunday, November 29), with 6,700 cases. Suddenly lost, the cumulative number increased to 6,702.

More than 80 cases have been initially diagnosed in the half-day yesterday. The number of confirmed cases reported today (5th) is likely to exceed one hundred, rising to more than 6,800. If more than 115 cases, it will set a new high for the fourth wave of epidemics in a single day.

There are still new patients in the singing and dancing group and the Lohas Park Phase 9 site group, and a total of 4 fans in their 20s to 30s at Zhang Jingxuan’s concert have been diagnosed, and patients or medical staff have been infected with the disease in many hospitals. The number of severely ill and critically ill patients is increasing, and the future fight against the epidemic is not optimistic.

[14:50] Under the fourth wave of the epidemic, the government has substantially tightened the "restrictions on gatherings", primary and secondary schools have to be suspended, and some performance venues have to be closed.

Some candidates came to the scene wearing copper core masks, but they were accused of non-compliance by staff and provided surgical masks to be replaced.

Although admission requires body temperature, some people can stand aside to cool off and then check the heat even if the body temperature is too high. During the exam, coughing is heard.

The Science Park responded that after receiving the notice, the relevant places, including conference rooms and other public spaces, were thoroughly disinfected immediately. All disinfection work has been completed; employees who contacted the initially confirmed patients have been tested for the virus and isolated at home.

Related news: 01 news: The initial diagnosis of the members of the Board of Directors of the Science Park last visit date is Wednesday

[14:38] According to the latest information from the Center for Protection of the Department of Health, three restaurants on Hong Kong Island have become an outbreak group, and the number of confirmed cases reached 10 or more, which has evolved into an announcement group, including those diagnosed by a chef earlier. The Michelin three-star Italian restaurant "8½ Otto e Mezzo BOMBANA" in Central, as well as "Xingyuelou (Sheung Wan branch)" with confirmed staff and diners and "Quan Zhang Ju" in Sheung Wan.

Related news: 3 restaurants on Hong Kong Island each have 10 people diagnosed as a group of Michelin 8½Otto, Quanzhangju, Xingyuelou

There were fewer foreign domestic helpers in Central than in the past. More than 60 people gathered on the ground in Chater Road Tunnel, but they were still sparse.

Some foreign domestic helpers said that the increase in fines is a "big price", which is deterrent and I believe that fewer people will gather.

[13:10] The new coronavirus pneumonia epidemic in Hong Kong continues. The government earlier stated that renting yachts for social gatherings meets the definition of party rooms and must be closed.

Police today (5th) patrolled and advertised at the Sai Kung Public Pier, a popular boarding site, reminding members of the public not to hold yacht parties and gatherings.

Some police officers said that the citizens were "abiding by the rules" for the time being, and no ticket was issued.

A boat owner near the Saigon Pier pointed out that activities such as "tour around the island" and cuttlefish fishing have been suspended. It is estimated that the business has dropped by about 80%. They frankly said that "the family is waiting to die, and the food is tight to the northwest."

Related news: Police stepped up patrol of boats in Sai Kung today: business has dropped by 80%

[12:21] According to the news, there are about 102 new confirmed cases today, which is the fourth time it has broken the 100 cases in a week.

A spokesperson for the Leisure and Cultural Services Department announced today (5th) that it was known that a person diagnosed with a novel coronavirus had visited the Pei Ho Street Gymnasium in Sham Shui Po District. The department immediately arranged for a thorough cleaning and disinfection.

The Beihe Street Gymnasium is now closed and will reopen at 7 am tomorrow (6th).

[12:15] Starting today, the Social Welfare Department will set up a temporary testing center at the Hennessy Road basketball court in Wan Chai to sample the staff of the institution.

Related news: Long queue of staff in the Wan Chai Testing Center set up for the staff of the institution: it is inconvenient to visit

[11:00] Tan Tsai Sange Mi Xian received a notice from the Center for Health Protection that an employee of the Tai Hing Plaza branch in Tsim Sha Tsui was diagnosed with the new coronavirus (diagnosed number is not yet available), and the relevant employee will last to work on December 2 (working hours) From 10:44 in the morning to 12:45 in the noon), the body temperature was normal before going to work. After one hour of work, if he felt unwell, he immediately left the job for medical treatment and stayed at home until the initial diagnosis on December 4.

The confirmed employees are responsible for the work of the water bar. They wear masks, wash their hands frequently and maintain personal hygiene in accordance with the company's instructions. No other employees have symptoms of the disease.

[01:04] The Department of Health announced on Friday (4th) 112 new confirmed cases of new coronary pneumonia, 12 were imported cases and 100 were local cases.

The Centre for Health Protection updated the housing list of the confirmed cases. Except for the districts in Hong Kong, Kowloon and the New Territories, luxury homes continue to be on the list, including the 3rd Ascent Garden in Homantin, the "Tai Po Mid-levels" Dragon Fort and Grand Promenade in Sai Wan River. There are a total of four confirmed households in each housing estate.

In addition, the Observatory Pavilion in Tsim Sha Tsui has also added a new confirmed patient; and the fourth confirmed patient who has watched Zhang Jingxuan’s concert is a 28-year-old man living in Block 2B, Phase 2A, Cullinan Tower, above Nanchang Station in Sham Shui Po.

[00:43] The fourth wave of the new crown pneumonia epidemic is severe. There were 112 new confirmed cases on Friday (4th) in Hong Kong, of which 36 were cases of unknown source of infection.

The Center for Health Protection of the Department of Health has updated the whereabouts of the incubation period of the confirmed cases, adding 15 restaurants to the list, including Prince "Fang Hua Pee Dai" and Huangpu Jubao Square "Saran".

In addition, some patients have visited many places in Wan Chai, including the Central Library, Victoria Park Swimming Pool and Sogo Department Store.

New crown pneumonia | Four visitors from Skypark infected with the epidemic: If you see the notice or immediately turn around and go ahead

New crown pneumonia|Designated hotel temporarily has 1880 rooms and only 10% of the target Expert: How much is it? 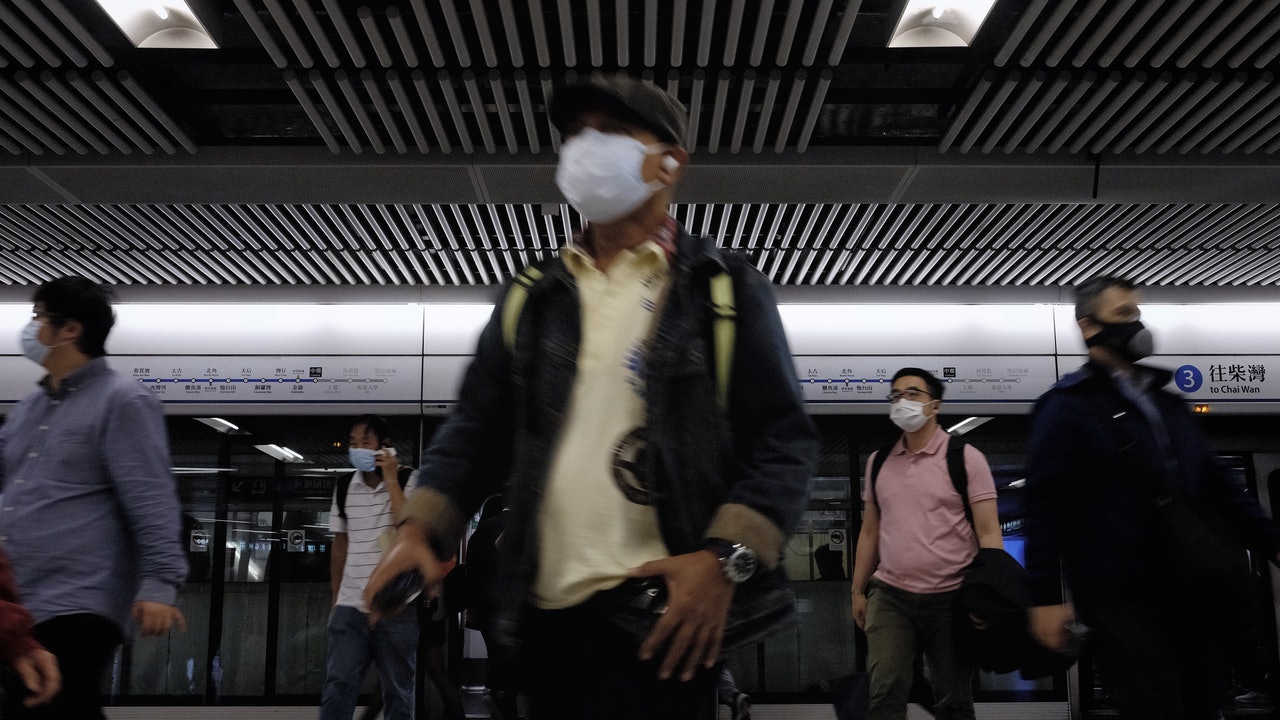 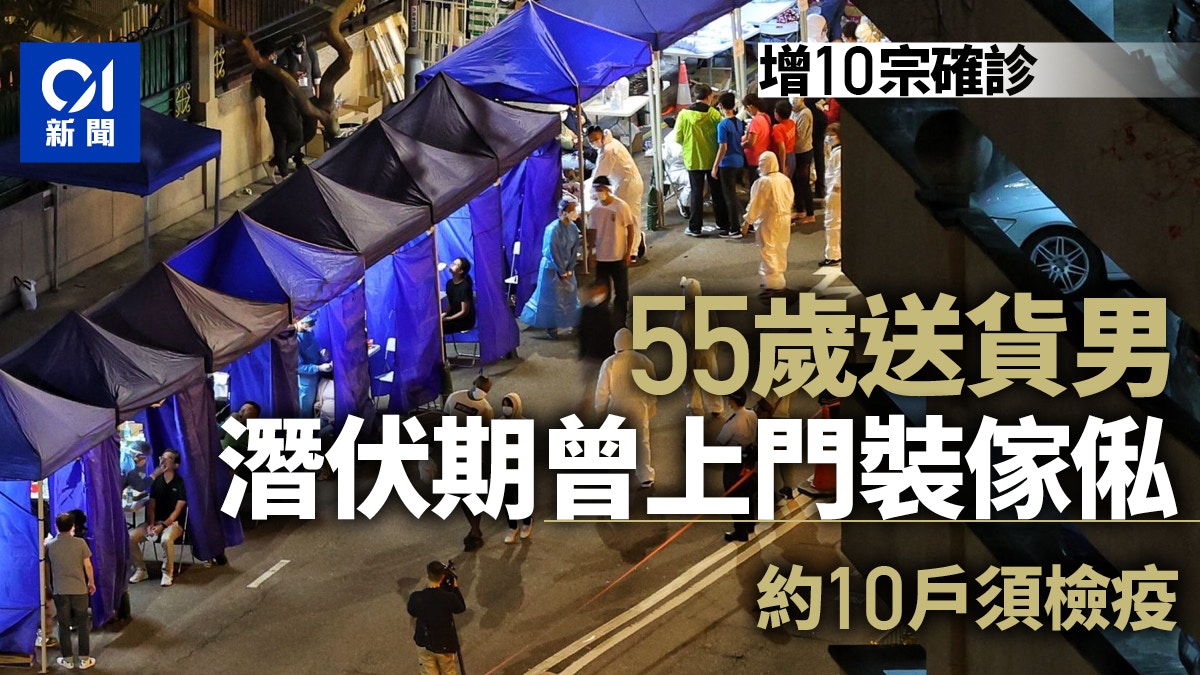 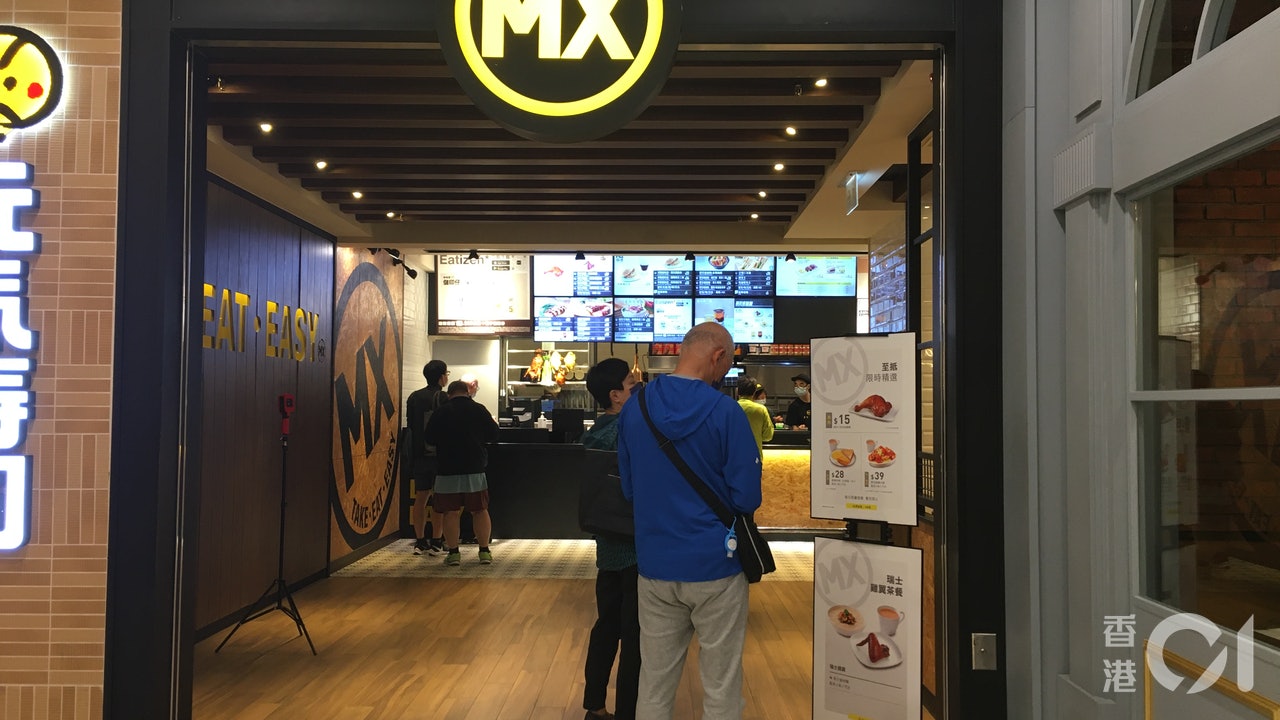 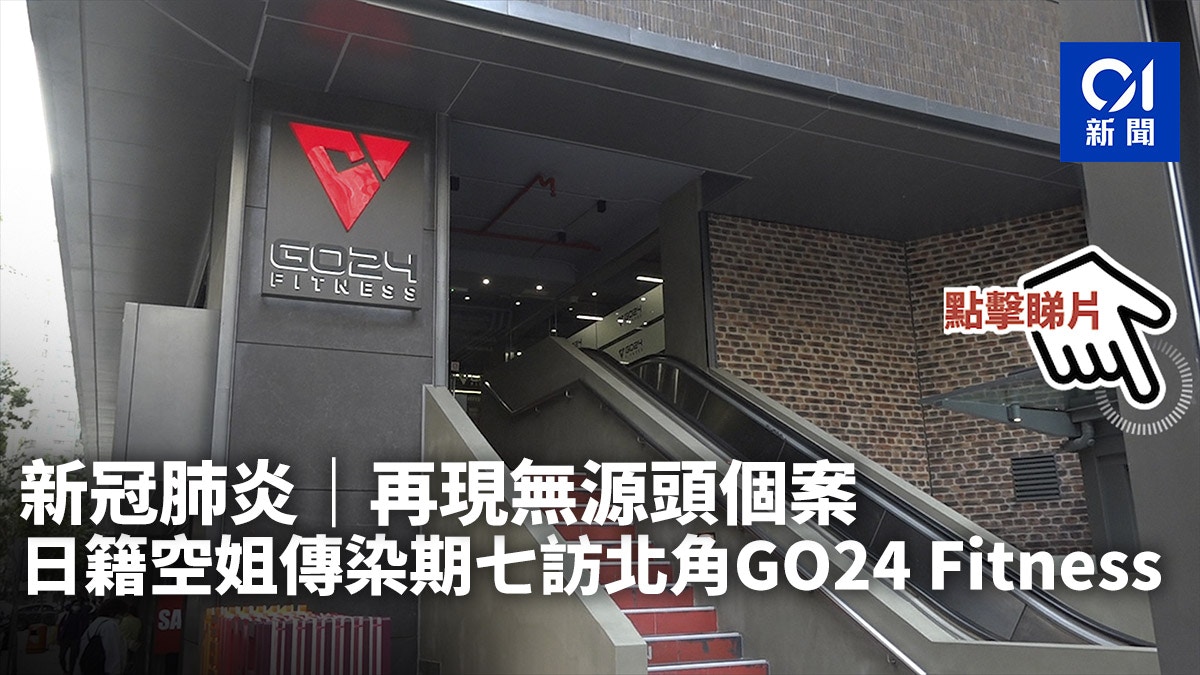 Coronavirus disease. Latest | Yesterday, less than 10 cases were initially diagnosed or it is expected that there will be zero cases of unknown origin again 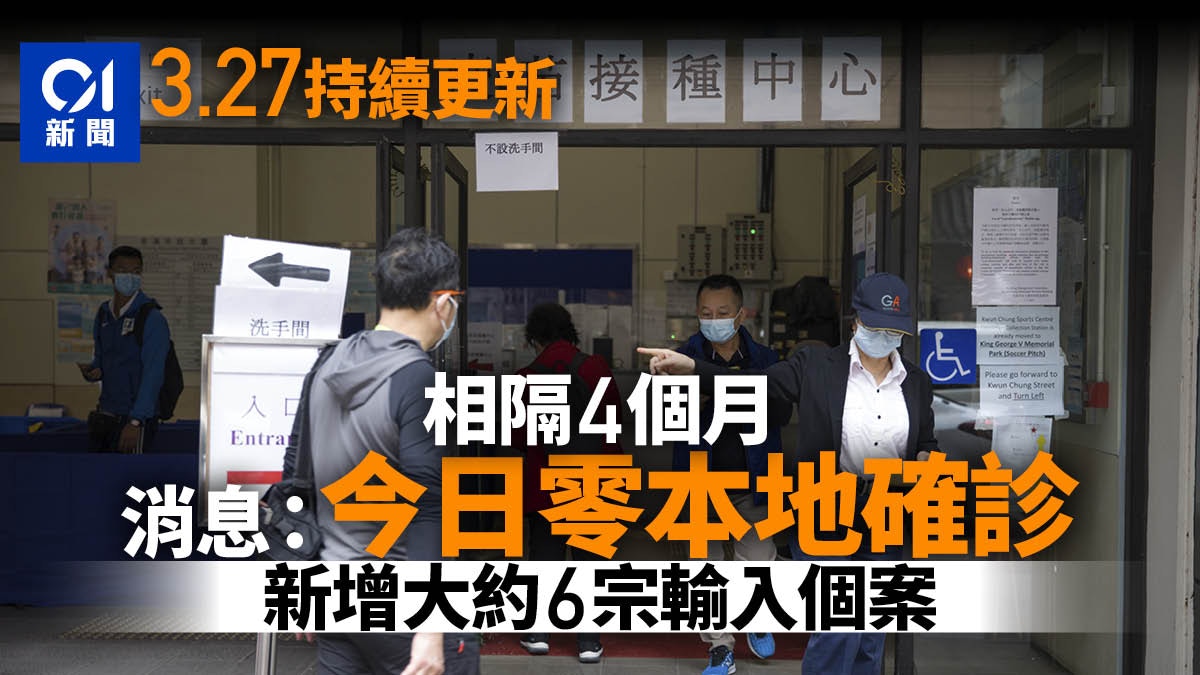 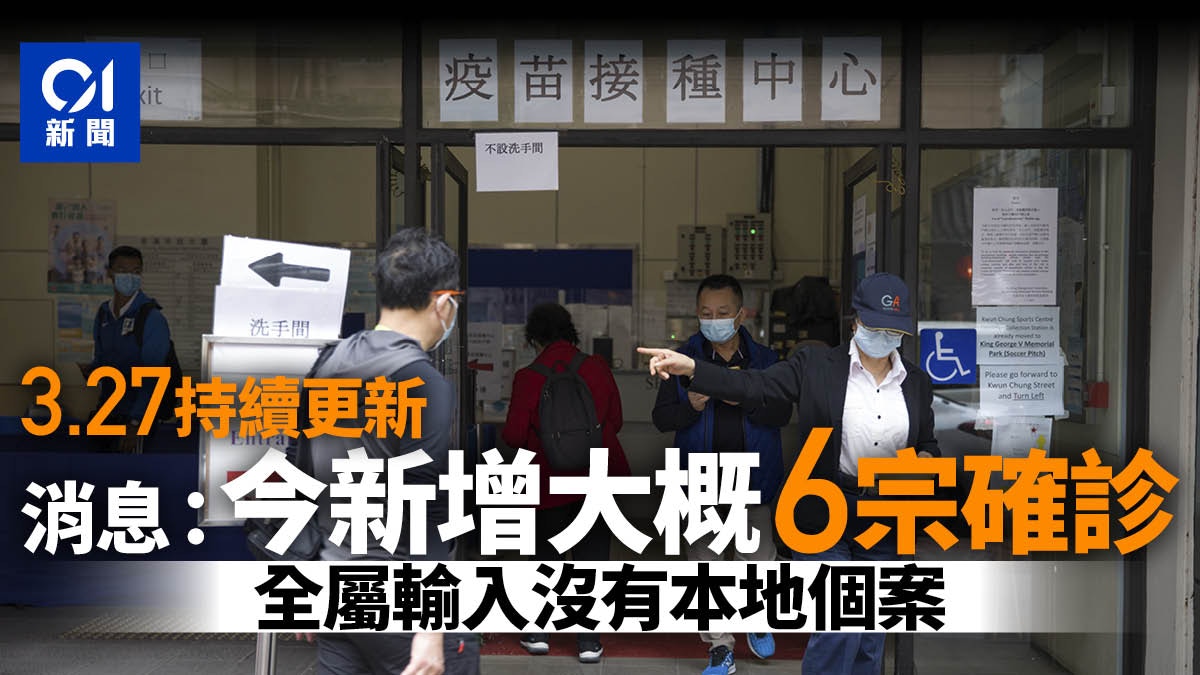