The mother of the covid vaccine: "In summer we will probably be able to return to normal life" 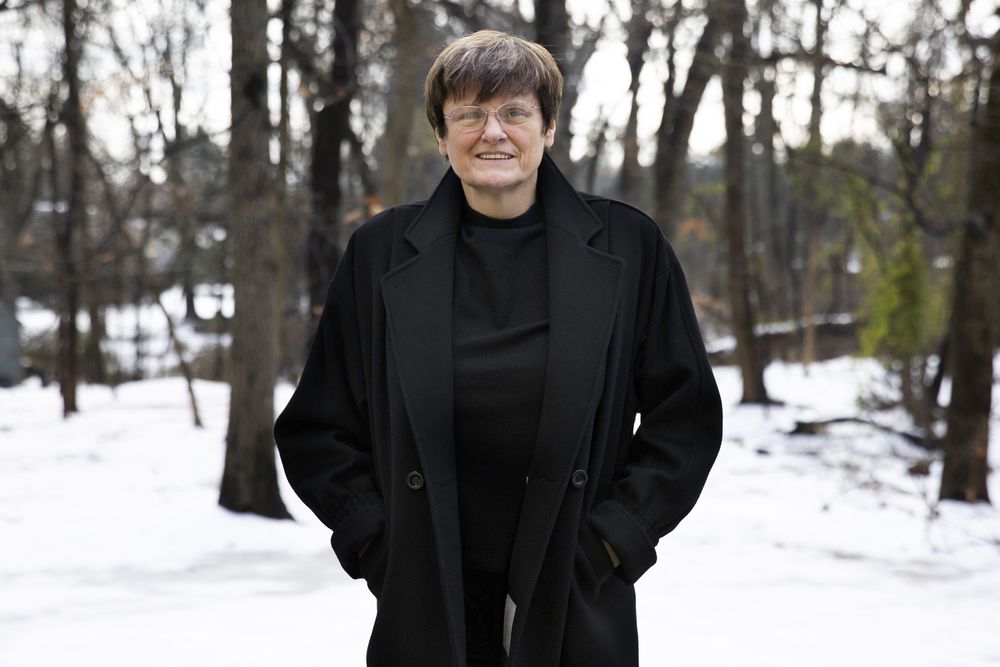 A woman born in a small Hungarian town who grew up happily in an adobe house without running water or electricity is today one of the most influential scientists on the planet.

Their discoveries have been instrumental in making possible the two main vaccines that can get us out of this pandemic.

“I was a happy girl.

My father was a butcher and I liked to watch him work, observe the entrails, the hearts of the animals, maybe that's where my scientific vein came from, ”Karikó tells this newspaper from his home on the outskirts of Philadelphia, in the United States. Studying biology in Hungary, Karikó went to the US to do a doctorate in 1985 and never returned.

"I was about to go to Spain with Luis Carrasco's group, who was interested in my work, also to France, but communist Hungary made things very difficult," he explains.

Now it seems incredible but, for a whole decade, that of the nineties, nobody supported Karikó's idea: to make treatments and vaccines based on the RNA molecule, exactly the same one used by Moderna and BioNtech against coronavirus.

“I received one rejection letter after another from institutions and pharmaceutical companies when I asked them for money to develop this idea,” explains this 65-year-old biochemist born in Kisújszállás, about 100 kilometers from Budapest.

She herself shows in her talks a letter from the pharmaceutical company Merck rejecting her request for $ 10,000 to fund her research.

Now Moderna and BioNTech have received hundreds of millions of euros of public funds to develop their messenger RNA vaccines in record time, the same idea that Karikó and another small group of scientists tried to push 30 years ago without success.

For a whole decade, that of the 90s, nobody wanted to support the idea of ​​Karikó

The idea was good, but it was not fashionable.

They wanted to use a fragile, short-lived molecule to permanently cure disease or prevent infection.

RNA is a molecule without which life on Earth could not exist.

It is the messenger in charge of entering the nucleus of our cells, reading the information contained in our genetic instruction book, DNA, and coming out with the recipe to produce all the proteins we need to move, see, breathe, reproduce, live.

Karikó wanted to use the patient's own cells to make the protein that would cure them by injecting them with a small RNA message.

"Everyone understands it now, but not then," laments the scientist.

In those years, what prevailed was gene therapy, based on permanently changing DNA to correct diseases.

That vision began to be relativized when it was shown that modifying DNA can generate lethal mutations and when some patients died in clinical trials.

"Everyone thought it was crazy, that it wouldn't work"

A few other scientists who had the idea of ​​developing RNA vaccines hit the same wall as Karikó.

"Everybody thought it was crazy, that it wouldn't work," recalls Pierre Meulien, head of the EU-funded Innovative Medicines Initiative.

“In 1993 our team at the French National Institute of Health developed a method to deliver messenger RNA as therapy.

We succeeded, but we could not reach the industrial phase because in part there was a lack of funding, "he recalls.

"Our team was the first to develop an RNA vaccine and also the first to get help from the national institutes of health to get funding from companies and test it in humans," recalls David Curiel, from the School of Medicine at the University of Washington in St. Louis.

"But the interested company, Ambion, told us that the vaccine had no future," he adds.

"Ours only had effects on some animals and not on others," recalls Frédéric Martinon, co-investigator of the French project.

“Thanks to Katalin's work we now know why,” he adds.

For one thing, they were unable to produce enough protein.

On the other, the messenger RNA could generate a powerful inflammation caused by the immune system, which thought that the introduced RNA was from a virus.

How could a molecule some 50 times more abundant in our body than DNA itself generate rejection?

At the beginning of the 2000s, Karikó continued to accumulate rejections, already as a researcher at the University of Pennsylvania.

One day he went to the photocopier and ran into Drew Weissman, a newcomer scientist who came from the team of Anthony Fauci, an eminence in HIV and who currently runs the public institute that has developed the vaccine with Moderna.

Weissman wanted the vaccine against the AIDS virus and took Karikó into his laboratory to try it with messenger RNA.

In 2005 they discovered that modifying a single letter in the genetic sequence of RNA could be achieved that it did not generate inflammation.

“This change from uridine to pseudouridine allowed an exaggerated immune response not to be generated and also facilitated the production of protein in large quantities.

I knew it would work, ”says Karikó.

His work was again ignored for years.

The two scientists patented their techniques for creating modified RNA, but the University of Pennsylvania decided to hand them over to the Cellscript company.

"These vaccines are going to get us out of this pandemic"

In 2010, a group of US researchers founded a company that bought the rights to the patents from Karikó and Weissman.

Its name was an acronym for "modified RNA": Modern.

In just a few years, with hardly any scientific studies published, they received hundreds of millions of dollars of private equity, including $ 420 million from Astrazeneca.

The company promised to be able to treat infectious diseases with messenger RNA.

In 2013, after almost 40 years of practically anonymous work, Karikó was hired by BioNTech, of which she is now vice president.

“I felt like it was time to change and I thought I could take the position to make sure things were going in the right direction,” says Karikó.

Moderna and BioNTech vaccines, developed together with Pfizer, have been shown to be at least 94% effective.

Just a few days ago, Karikó and Weissman got together again to receive the first dose of the BioNTech vaccine.

"It does not cause me any fear," says the scientist.

"If it weren't illegal, I would have injected myself in the laboratory by now, but I've always liked to follow the rules," he explains.

“The vaccine protects just 10 days after the first dose, when the protection is 88.9%.

With the second dose it increases to 95%.

There is something very important.

We have drawn blood from those vaccinated in clinical trials and we have created replicas of all the variants of the coronavirus that exist in the world.

The blood of these patients, which contains antibodies, has been able to neutralize 20 mutated variants of the virus ”, he highlights.

“These vaccines are going to get us out of this pandemic.

In summer we can probably go back to the beach, to normal life.

And with more than 3,000 deaths a day in the US I have no doubt that people are going to get vaccinated.

Especially the older ones ”, he says.

Derrick Rossi, one of Moderna's founders, says Karikó and Weissman should receive the Nobel Prize in Chemistry

Karikó understands that there are people who have doubts about these drugs “because an RNA-based vaccine had never been approved.

But the prototypes have been in use for more than 10 years, for example against cancer, in clinical trials, and have proven safe.

The messenger RNA we use has the same composition as the one you make yourself, in your own cells.

It is completely natural and is made from plant nucleotides.

There is nothing extra unknown and cells from any animal are not used, nor bacteria, nothing ”, he highlights.

A few weeks ago, Derrick Rossi, one of Moderna's founders, told

that Karikó and Weissman should receive the Nobel Prize in Chemistry.

Kenneth Chien, a cardiovascular biologist at the Karolinska Institute in Sweden and also a co-founder of Moderna, agrees: “All messenger RNA companies, Moderna included, exist thanks to the original work of Karikó and Weissman.

They deserve the lion's share because without their discoveries, RNA vaccines would not be as advanced as to be able to face this pandemic ”, he highlights.

But in a story as amazing as that of this vaccine they could not be all lights.

Karikó has his adversaries who discuss the importance of his work.

"Kati is not the pioneer, it would be ridiculous to consider her as such," says Hans-Georg Rammensee, an immunologist at the University of Tübingen.

This scientist explains that his team showed in 2000 that an injection of unmodified RNA generated a positive immune response in mice.

"We were looking for a vaccine against cancer," he says.

That same year Rammensee co-founded a company to develop the vaccine, "but the project took a long time to get off the ground because there was no funding," he explains.

That company is called Curevac and it is currently the third competitor in the messenger RNA vaccine race against covid.

The EU has approved 225 million doses with Curevac, if it finally shows efficacy.

This company does not use modified RNA and Rammensee believes that neither that nor any of Karikó's other advances have been decisive.

Yet he acknowledges the inevitable.

"Without our 2000 study, neither Moderna nor Biontech would have been founded, but they have been faster in development."

Karikó declines the awards with a mixture of humility and pride.

“In the last 40 years I have not had a reward for my work, not even a pat on the back.

I do not need it.

I know what I do.

I know this was important.

And I'm too old to change

This has not gone to my head.

I don't wear jewelry and I have the same old car as always, ”she says.

When she was a young scientist still in her native Hungary, her mother told her that one day she would win the Nobel.

"I would answer him, but if I can't even get a scholarship, I don't even have a permanent position at the university!" 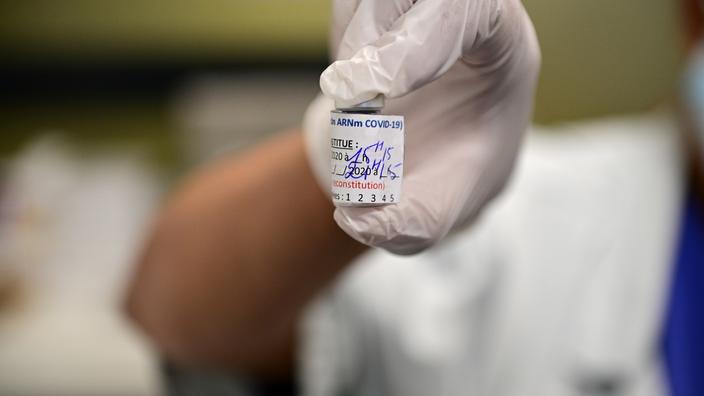 Covid-19: the Netherlands launch vaccination on Wednesday, the last in the EU 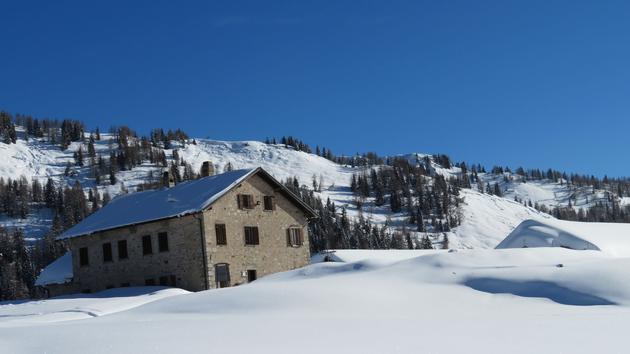 Covid-19: Does the weather really influence the evolution of the epidemic? 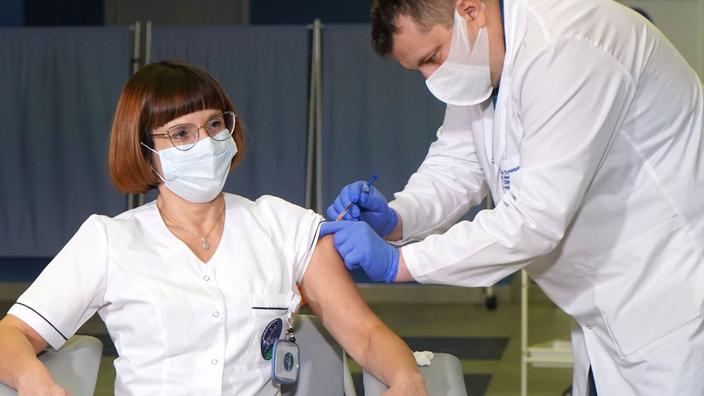 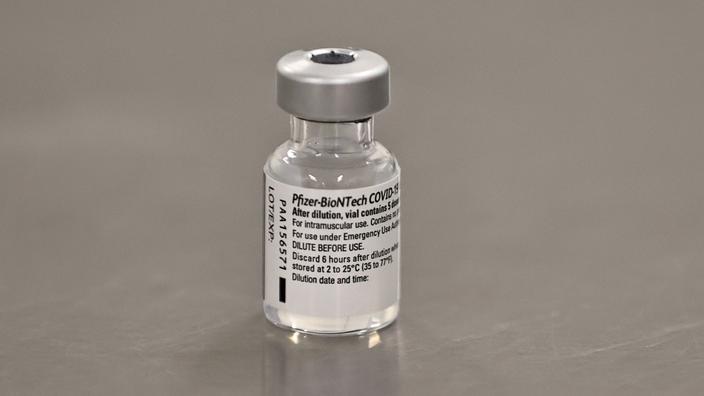 Anti-Covid-19 vaccine: Denmark spaces the injection of the two doses

A return to normal life thanks to vaccination? What the new Institut Pasteur study says