Shaked: Netanyahu dumped us and dismantled the bloc for personal rather than ideological reasons - Walla! news

About Saar's party that halted the right's leap in the polls, why it insists on refusing to disqualify Netanyahu as prime minister, what are the chances of contacts with Gantz - and who is the only MK she does not talk to? MK Ayelet Shaked in an interview with the "Talk of the Week" podcast. Listen to the episode

Shaked: Netanyahu dumped us and dismantled the bloc for personal rather than ideological reasons

About Saar's party that halted the right's leap in the polls, why it insists on refusing to disqualify Netanyahu as prime minister, what are the chances of contacts with Gantz - and who is the only MK she does not talk to? MK Ayelet Shaked in an interview with the "Talk of the Week" podcast.

Listen to the episode

"They present themselves as a new hope but they were all part of the failure government. We were the only opposition in the Corona period and an opposition that not only shouted but also brought solutions" -

Following the strengthening of Gideon Saar's new party, which halted the leap of the right in the polls, Shaked claims that "two and a half months is an eternity, there are many atmosphere parties that pop up and fall, it certainly creates a challenge but we are fighters ".

She insists on the justice of the line that refuses to disqualify Benjamin Netanyahu as prime minister, unlike the line of Saar and his new party." If we had said just not Bibi we would have received a pat on the back from the media.

We do not belong to the strange camps created by just Bibi or just not Bibi.

Shaked tries not to directly answer questions about Netanyahu's personal resentment towards her and Naftali Bennett, but admits that she exists.

"There is no denying it, this is the reality. It influenced political moves. In 2013 he did not want to put us in government and we had to make a political partnership with Yesh Atid to enter the coalition, and even now - he dismantled the right wing when he threw us into opposition in an instant. "He found another bride from the left. It is not for ideological motives but personal, but in the end what matters is power and seats. And we will do what we need to replace him."

He subdued, crushed and gained legitimacy.

Netanyahu can look back with a smile on 2020

Read more about the 2021 elections

"There is no denying Netanyahu's personal resentment."

According to Shaked, the upcoming election campaign will focus on the economic issue.

"The vaccination campaign is beautiful and encouraging and I really hope the corona ototo is over, but it's like a tsunami that washes everything away and leaves ruins and the economy will take a very long time to repair. 800,000 unemployed is a huge number, not all will return in June when the recession ends.

I think there are people in the public that is what motivates them.

We have been in a long partnership with the National Union there is no reason it should not continue.

There are no ideological gaps but just an argument over places on the list. "Referring to Netanyahu's attempts to intervene in what is happening on the right, she says:" He can try.

We all know how to talk to each other.

I assume that Bezalel will make the right decision for our public and our electorate. "

Regarding contacts with the blue-and-white chairman, Bnei Gantz, Shaked says that these are" just spins. "

She said, "As individuals, one by one, there are good people there. There is no doubt that some of them could easily have joined the right, there is no debate about that. But as a party - their worldview is different from ours. But as a party they were partners in disintegration and failure and we offer something else. "

Asked if Gantz himself might get a place at the top right, she replies: "I do not believe, do not think, do not talk about it, it is not about the episode."

Inlay at the top right "Not on the chapter".

On the difficulties and challenges in political life, she says: "There are moments when I tell myself that I swim in a sewage pool and the smell is unpleasant here, but in the end whoever can not smell the smells of the kitchen will not go into cooking. Every politician has moments he realizes he works in a stinking environment. I have a longing for a simpler and more comfortable world. "

And also: about the difference between living in opposition and influencing from the cabinet table, what portfolio she would like in the next government, what app she would have died to delete and who is the only MK she does not talk to.

"Talk of the Week" is Walla! NEWS 'current affairs podcast. key figures in Israeli society to talk about the challenges of political, legal and social on the agenda.

call this week with Avigdor Lieberman's

call this week with Yuli Edelstein

Weekly talk with his father-in-law

On rabbits, frogs and Yoni Shalom: Netanyahu and his rivals in the race to the end of the mandate - Walla! news

Former Prime Minister or Next Prime Minister: Everyone is having a hard time getting used to Netanyahu's new status - except for him - Walla! news

With all his might: Bennett crossed the Rubicon, Netanyahu will try to leave him there alone - Walla! news

The Bennett-Lapid government has come to change. Except in offices and jobs - Walla! news 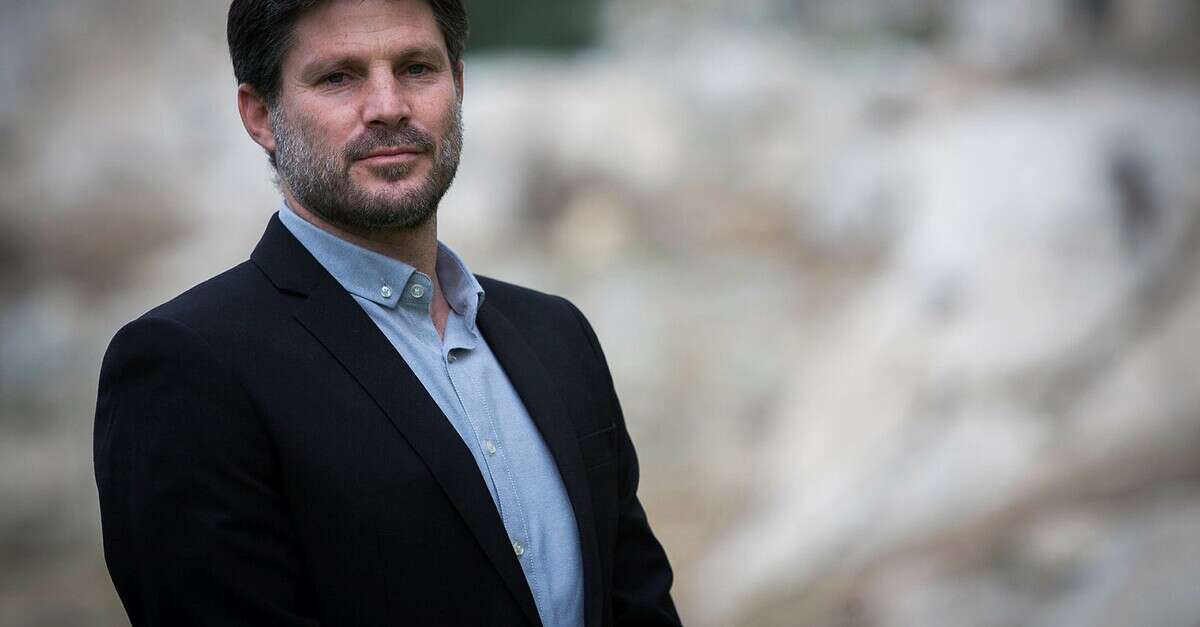 Religious Zionism: "Bennett and Shaked Do Everything for Netanyahu to Fail" Israel today

Turn off the hate generator: Ayelet Shaked can be the high priestess of healing - Walla! news

The popular politician and the men who wink at the female voice: this is how Israelis react to candidates - Walla! 2021 Elections