It's about Jake Angeli, an actor from Arizona. He was the one who led the irruption with a hat of fur and horns. He is not only a supporter of the outgoing president but also promotes the ideas of the extreme right in the United States. 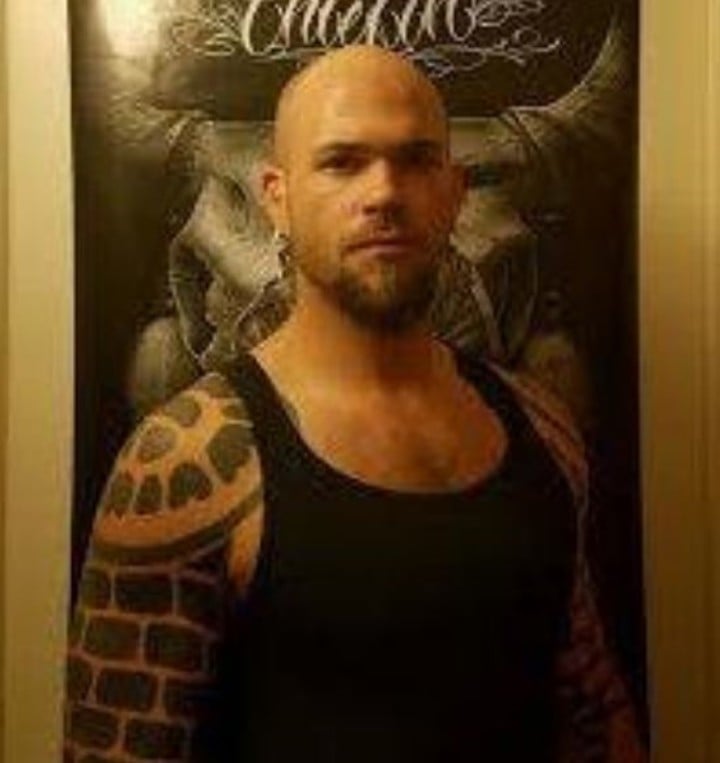 For those who do not closely follow the underground stories of American politics, his was the image that gave surrealism to a scene of extreme violence never seen before: known on social media as "Q-Shaman",

was the fanatic of Donald Trump who led the break into the Capitol in leather, with a fur hat and horns, and with his face painted as if he were Mel Gibson playing the Scottish revolutionary Willian Wallace.

The eccentricity is explained, perhaps, because Angeli is an aspiring actor from Arizona, who also devoted himself unsuccessfully to music and voice over.

However, in recent years he became one of Trump's most loyal followers and one of the main promoters of the conspiracy theory called "QAnon" (short for Q-Anonymous), which circulates among the sectors of the most extreme right American.

As recorded in the publications of the United States press, this theory maintains that there are maneuvers to leak top-secret data from the Trump administration and, worse still, that leaders of the top of the Democratic Party are involved in a child sex trafficking network.

"Since the QAnon movement began, its supporters have believed that President Donald Trump was engaged in a secret fight to arrest powerful Democratic politicians, who they believe are

Angeli became famous on the web for promoting these ideas and acquired the nickname "Shaman" for his frequent public appearances with fur, horns and feathers.

Kevin Roose, a columnist for The New York Times, was one of the first to notice the presence of "Q-Shaman" and other promoters of the "QAnon" theory in the protests on Wednesday that ended with the violent seizure of the Capitol to prevent that senators validate the victory of Democrat Joe Biden in the last presidential elections.

the militia types that have been promoting this for weeks

, there's a chance this could get really ugly," Roose said.

His message on Twitter ended up being an omen.

Between the QAnon people who expected Trump to start announcing mass arrests today and the militia types who have been hyping this up for weeks, there's a chance this turns really ugly.

This Wednesday, "Q Shaman" went from being a fringe figure of the extreme right to leading the violent takeover of the Capitol in which even a Trump supporter was shot and died shortly after from the wound.

Travis View, who presents himself on social media as a proponent of the QAnon theory, tweeted that "Jake Angeli aka 'Q-Shaman' is definitely a Trump supporter."

Jake Angeli even participated last November in an event organized by Rudy Giuliani, Trump's lawyer, to repudiate the result of the elections that gave Biden victory.

This Wednesday "Q-Shaman" led the advance on the Capitol and his image became an emblem of the violent and unprecedented protest.

He was seen arguing with the first security guards who tried to prevent the break-in and, shortly after, sitting in the compound 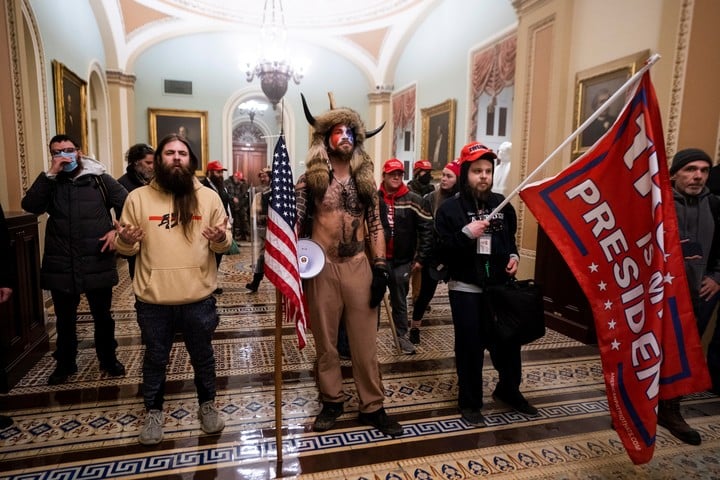 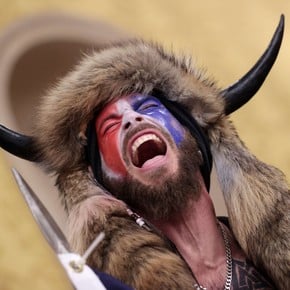 United States: Following the attack by Donald Trump supporters on the Capitol, the session resumed to validate the triumph of President-elect Joe Biden 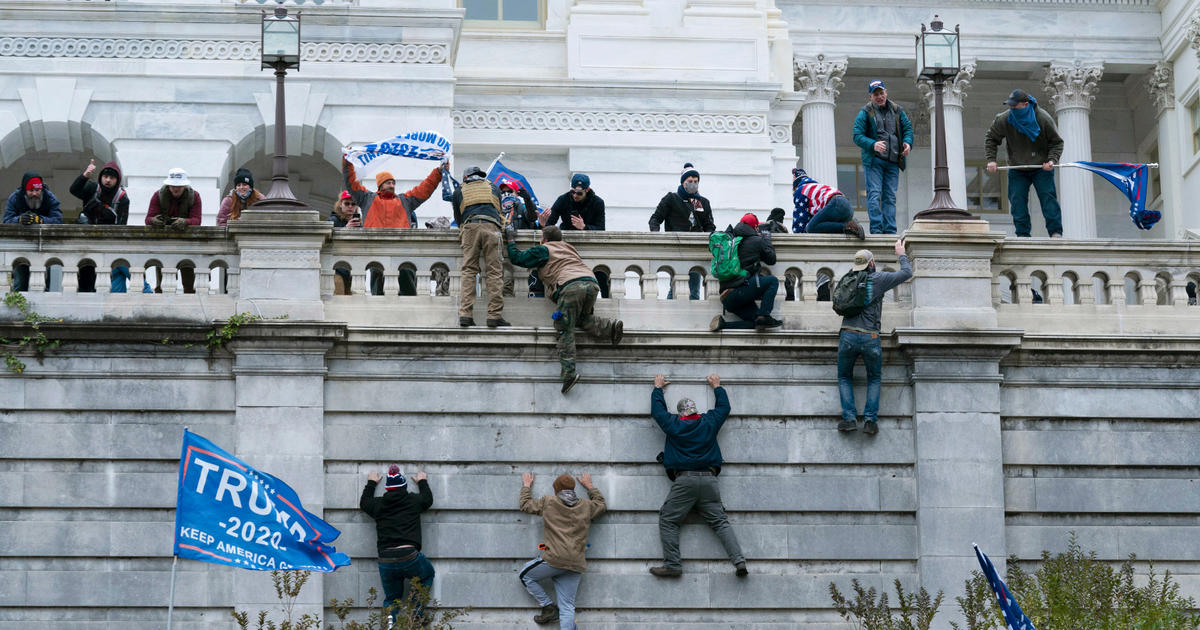 State congressmen, QAnon 'shamans' and neo-Nazis: what is known about the Capitol raiders 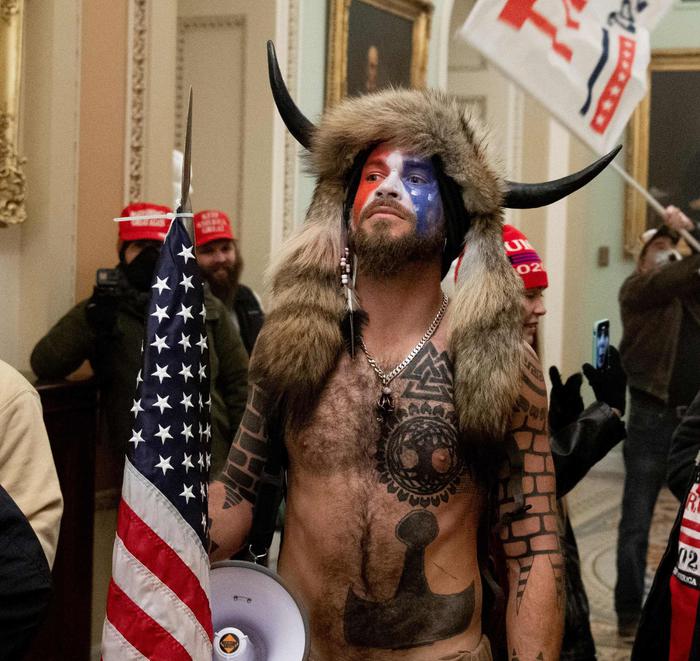 Use: Jake, the shaman who led the assault on Congress 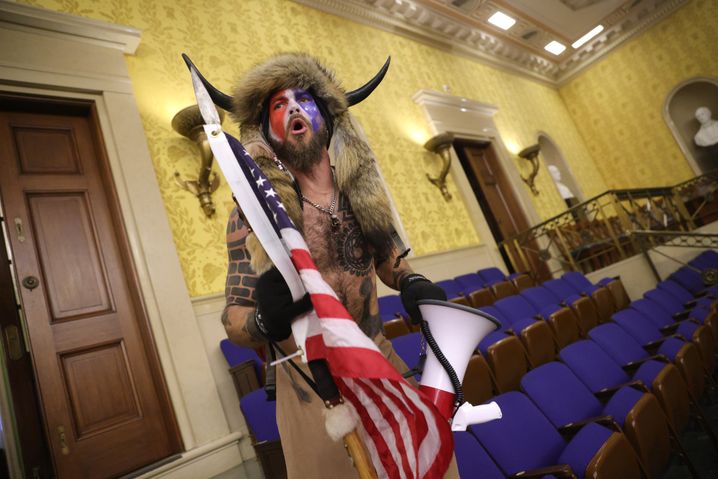 US Capitol attack: who are Donald Trump's foot troops? 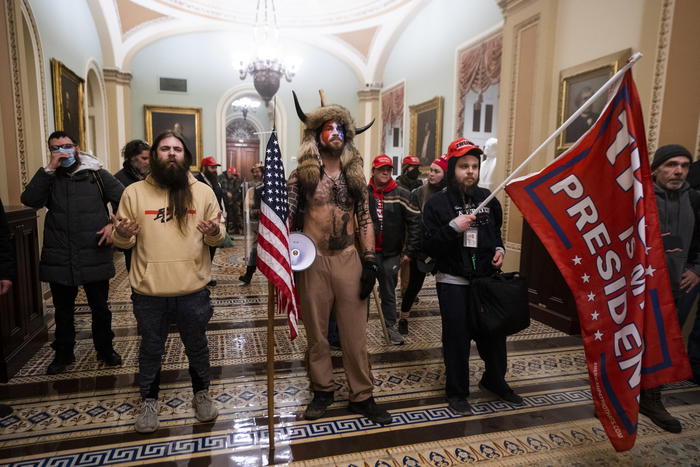 Jake, the shaman who led the assault on Capitol Hill "QAnon Shaman" on storming the US Capitol: "I wanted to bring God back to the Senate"

"QAnon Shaman" on storming the US Capitol: "I wanted to bring God back to the Senate"