Larreta, Schiaretti and Suarez, from anti-K provinces, quickly detached themselves from the President again. The antecedent of the end of April and the discomfort of Kicillof. 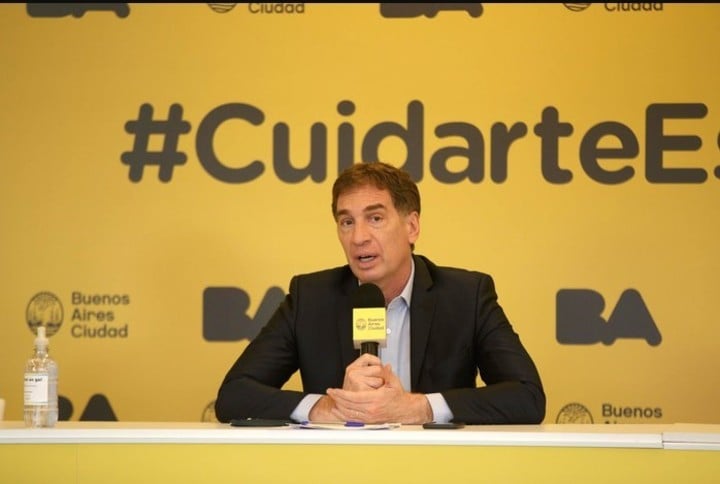 At the end of April, when the coronavirus quarantine had just completed its first month, President

was tempted with political mischief.

For the announcement of the extension of the restrictions, which were very harsh at that time, he

anticipating that the boys could have an hour of daily recreation.

It was one of the first candies that he sought to offer to society to alleviate the confinement.

But that surprise led to an outrage: the

governors of the four main districts

of the country (the two Buenos Aires, plus Córdoba and Santa Fe) released a joint statement to warn that there would be no loosening.

All the kids inside.

This rebellion had a particular flavor.

) and a moderate ruling party (

Days ago, as if it were the saga of a movie, a couple of those same actors headed

Rise of the Governors, Part II

They were from Buenos Aires and Cordoba, and immediately joined

, a radical opponent of Together for Change.

The three, quickly and in parallel, warned that they would not comply with the President's recommendation to prohibit circulation between 23 and 6 AM.

If the first time they had taken off to be more restrictive, now they were going the other way.

Diego Santilli, Buenos Aires deputy head of government, when he announced on January 8 that the City would not restrict night traffic.

What do the three leaders have in common?

Among other things, they

govern the most anti-Kirchner provinces in the country

As this newspaper has been telling, in the City, in Córdoba and in Mendoza, not only is there a strong rejection of the figure of

, but the valuation of Alberto Fernández also fell there.

So much so that in all three, according to data from the

Undeterred when the pandemic started.

The decision was more political than health.

, which went from an average of 300 cases a day to more than 1,400 infections most days of the week.

Córdoba is one step down and Mendoza is clearly in a better position.

The governor of Mendoza, the radical Rodolfo Suarez, announced that he would not join the restrictions on surgery proposed by the Government.

The governor of Santa Fe, meanwhile, this time bowed to Fernández's recommendations.

It makes sense: the province comes with a high average of infections and even

in the total it passed to the City

And the province of Buenos Aires?

In his own way,

Kicillof also ended up giving in to pressure

, but from the mayors.

In particular those of the tourist municipalities, which refuse to cool down a season that is already quite warm in economic terms.

Despite having a much harsher speech -especially in the mouth of the vice of Health, Nicolás Kreplak-, the Buenos Aires governor

, to keep circulation open but closing a little earlier (at 1 AM) bars and restaurants.

Anyway, the governor maintains the restrictive acting: this Tuesday he would meet again with the communal chiefs of the Coast to ask them to reinforce the controls.

From unanimity to recule?

When the possibility of adding restrictions was already being discussed, the President decided to hold a videoconference last Wednesday with about 20 governors.

When he finished the exchange, Fernandez made known that it

had "unanimously" to advance the curfew health, 23 to 6. "The idea is

back to how it

, " explained for those hours to

a senior the Rosada.

What happened so that this alleged harshness later ended in a non-binding recommendation for the provinces?

"It is true that there was unanimity. But then

the governors began to back down

and Alberto was left without a margin," a national minister who followed the negotiation up to date with this newspaper.

Among those targeted, of course, is the trio of CABA, Córdoba and Mendoza.

In the City, according to

, they preferred not to cut off circulation from the start, although they did recognize the need to impose greater restrictions.

"Let the nation pay the cost,"

an official close to Larreta was enthusiastic.

In the Buenos Aires government they always worried about transmitting an opening speech, in tune with the wishes of the majority of their neighbors.

And they enjoy when the toughest Kirchnerists attack their neighbors / voters.

of Larreta, Schiaretti and company occurred in provinces with better rates of infection, such as

, whose leaders rushed to announce that they would bow to the sanitary curfew proposed by the President for night hours. .

There are three Peronist districts where the Frente de Todos maintains high adherence. 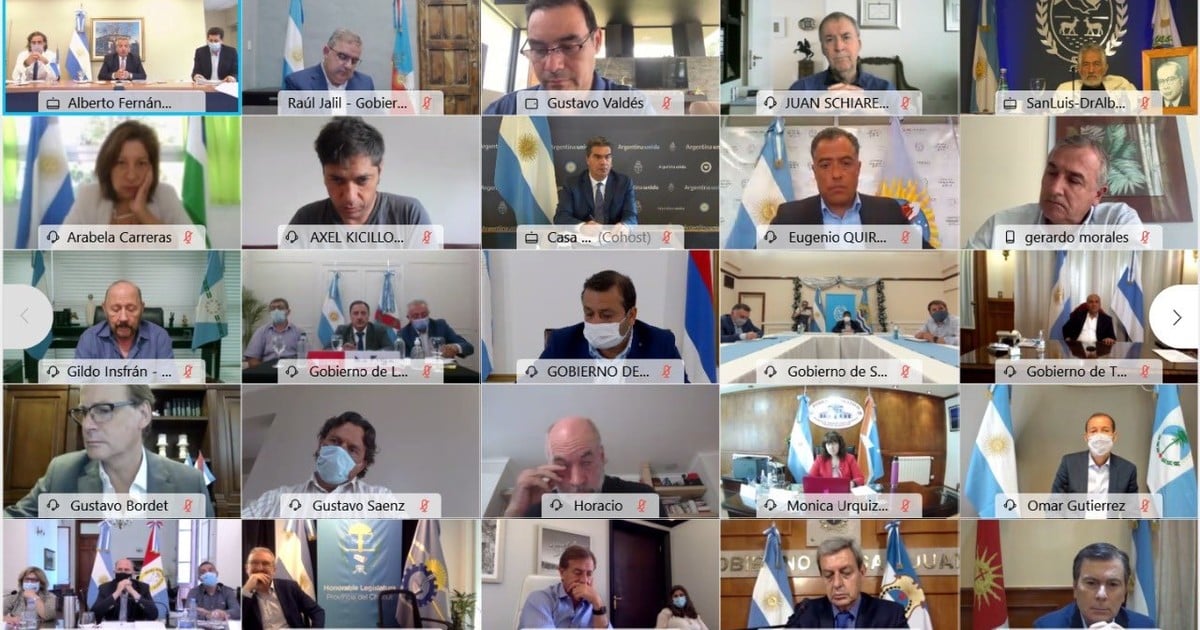 From 'unanimous consensus' to the attempt to share the political costs 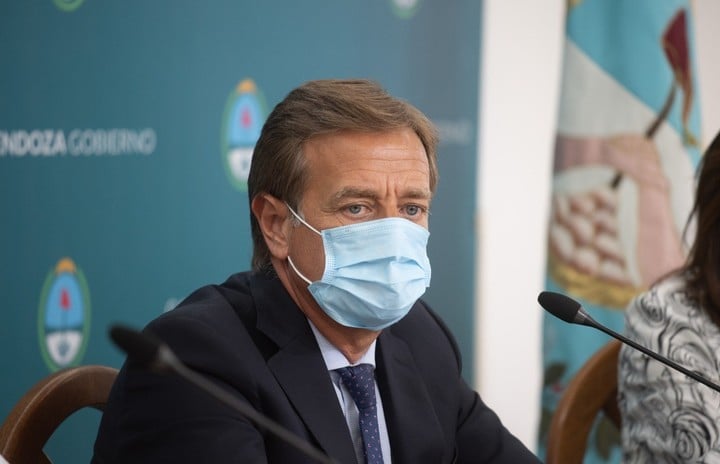 Power struggle in Brazil: are the generals turning away from Bolsonaro?

They measured Máximo Kirchner again throughout the country: he improved in 16 provinces, but is still in the red 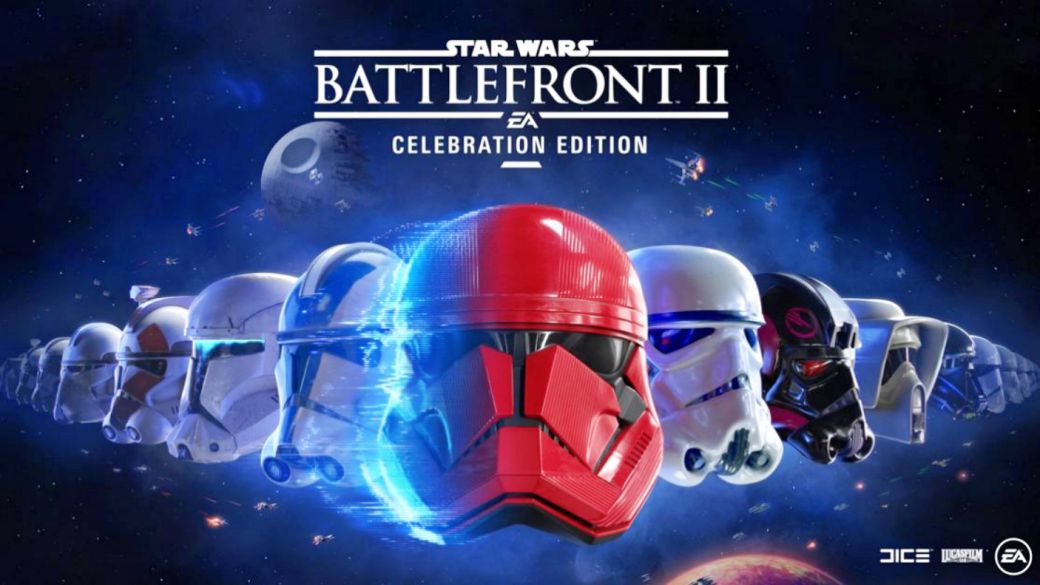 Star Wars Battlefront II, free on the Epic Games Store: date, time and how to download it on PC - MeriStation Buy PS5: replenishment thanks to the "Ratchet &amp; Clank" bundle? 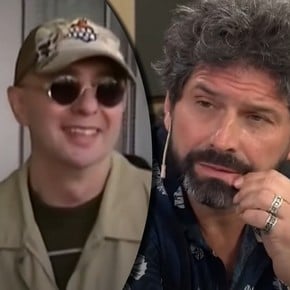 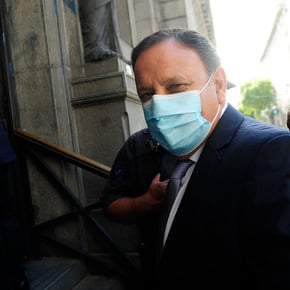 The Government seeks to 'coparticipate' the restrictions with the provinces: control of the isolation 'house by house' and time slots