Deaths in old people's and nursing homes are a major problem in the corona pandemic. Does compulsory vaccination help the nurses? Markus Söder does not give up. Deaths in old people's and nursing homes are a major problem in the corona pandemic.

Does compulsory vaccination help the nurses?

Markus Söder does not give up.

(CDU) is apparently already talking internally of a lockdown until shortly before Easter.

Last but not least, experts currently see the

as a main problem.

This is exactly what encourages

to play thoughts about

But the initiative of the CSU boss is initially met with a lot of criticism.

Söder for mandatory vaccination in the care sector: "Compare measles with Corona ..."

According to initial statements from the weekend *, Söder added on Tuesday.

"We have to think about whether we should particularly increase the protection for the particularly highly sensitive areas, that is the old people's and nursing homes," he said in the ZDF "Morgenmagazin", also in view of the continued high number of deaths.

If you hear and read that few

, you have to discuss it.

"The German Ethics Council should deal with it," said Söder.

For some contagious diseases, such as

, there is already a compulsory vaccination.

"If you compare measles with corona, the danger and importance of corona is of course much higher," he said.

to increase the general

"There will be and should not be a general compulsory vaccination," stressed Söder at the same time.

Minister Heil strictly against it - "Prohibited"

quickly came up against it:

“It is forbidden to speculate about compulsory vaccination at the moment,” said Heil on Tuesday morning in the RTL and n-tv program “Frühstart”.

He considers the previous

“Above all, I want vaccination acceptance.

Now it is a matter of explaining that vaccination is important, ”said Heil.

You have to advertise it to nurses and doctors.

The discussion about compulsory vaccination for nursing professions distracts from the actual problem, said board member Eugen Brysch of the dpa.

"Such a sharpness plays into the hands of opponents of vaccinations." Vaccinations are important to cope with the corona pandemic.

But there are far too few vaccination offers.

"Likewise, current outbreaks of infections in nursing homes prevent vaccinations from being carried out." Brysch also emphasized: "It is currently unclear whether people who have been vaccinated are immune or whether they can pass the virus on."

Söder in the criticism: thought of mandatory vaccination "comes at the wrong time"

Although he understands that the idea comes up, said its chief executive, Helmut Dedy, in the SWR2 “talk of the day”.

particular, there is a pronounced reluctance to vaccinate, in some cases only 30 percent of employees are willing to be vaccinated.

"I still believe the thought comes at the wrong time," he said.

They have not yet exhausted all possibilities

“And now to say we can't convince you, so we'll force you - that comes a little early on me.

I'm afraid the story can backfire, too, ”Dedy said.

to convince their employees to vaccinate.

Söder himself has already announced a new measure: FFP2 masks are to be made mandatory in public transport and shops in Bavaria.

Merkur.de is part of the Ippen digital network The spurned vaccination privilege - nursing staff angry: "The opposite of appreciation"

The spurned vaccination privilege - nursing staff angry: "The opposite of appreciation" “Can we really afford that?”: Home managers warn against mandatory vaccination Coronavirus: Söder complains of "too high a refusal to vaccinate" - and requests to the ethics council 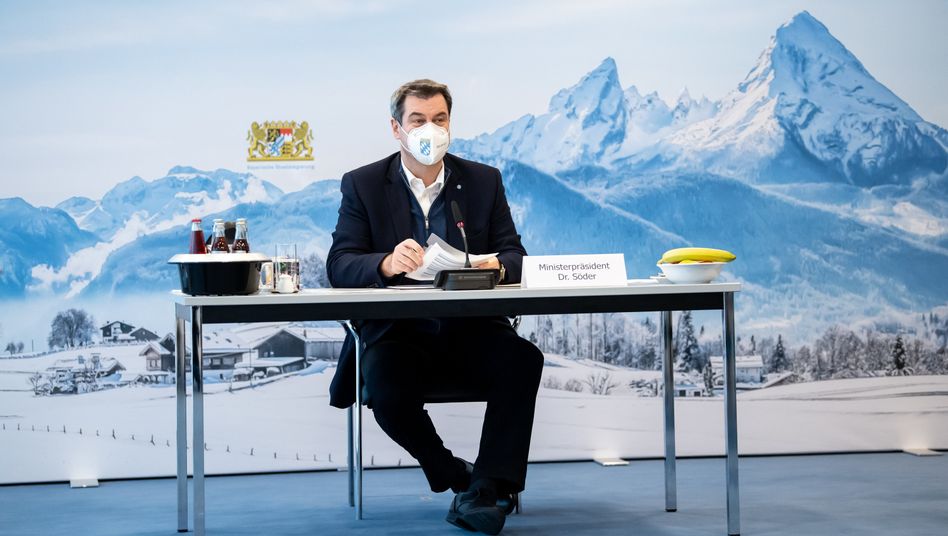