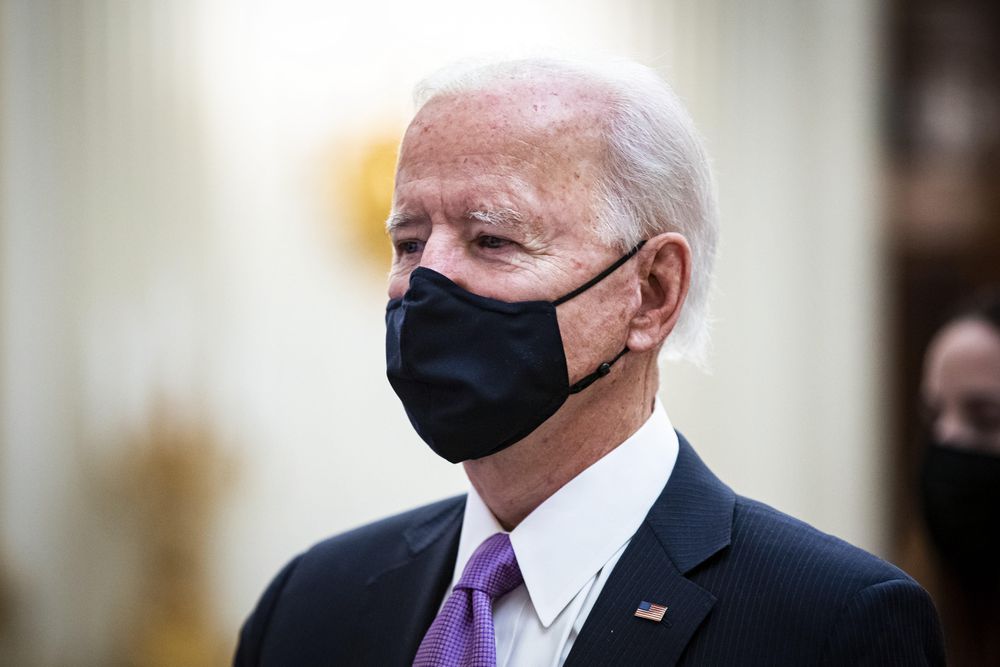 The second day, the pandemic.

Convinced of the need to act quickly to mark the paradigm shift with respect to his successor, President Joe Biden dedicated his second day at the White House, the first full, on Thursday to launch his national strategy against Covid-19 , a disease that has already claimed more than 400,000 deaths in the country.

The objective is to accelerate the vaccination campaign and diagnostic tests, and offer the conditions for the reopening of schools and businesses,

Even so, in presenting his plan to combat the pandemic on Thursday, the president said that it is likely that next month the deaths from covid in the United States will reach half a million.

It will take months, Biden has warned, for his Administration to "turn things around."

"We did not get into this overnight," he added.

"We'll get through it.

We are going to defeat this pandemic ”.

The start of the plan was embodied in a dozen executive orders, with which Biden stretches his presidential powers to limit only to what is essential a step through Congress that would hinder the exit from a crisis that, for the new Administration, is the most urgent and priority.

The decrees also include measures to address the inequalities that cause some minority communities, such as African Americans and Hispanics, to be hit by the pandemic with disproportionate force.

The president has ordered the creation of a task force dedicated to ensuring that minorities and communities most in need are not left behind.

During the transition of power, some members of Biden's team expressed their amazement and concern over what they considered the absence of a true vaccination plan from the Trump Administration, which also did not share key information on supply and distribution with them.

They assure that they do not have a complete knowledge of what has been done so far and that they are piling up complaints from States about the lack of available vaccines to continue the immunization campaign.

"What we inherited is much worse than we could have imagined," said new covid response coordinator Jeff Zients in a call with reporters.

The president is preparing to promote in Congress, where he now has small majorities, a huge package of public aid worth 1.9 trillion dollars to mitigate the impact of the pandemic.

But experience shows that the processing of the package can take time to be approved, and the Administration wants to move quickly.

Therefore, Biden's strategy against the pandemic includes taking advantage of all the powers of the federal Executive in a crisis that has multiple ramifications.

The 200-page plan does not mean that the federal state fully and at all levels take on the battle against the devastating pandemic, but it does represent a clear break with the decentralization strategy of the previous Administration.

It's the kind of response - coordinated, flexible, and powerful - that Democrats have been demanding for months and that President Trump dismissed, opting instead to give states maximum autonomy and leadership.

Mere promises abound in the plan, the success or failure of which will depend on its development and execution.

But there are also concrete and immediate measures.

Some goals will require Congress to approve more funding, but not all.

The plan is the product of long conversations with medical and scientific experts, as well as with state and social authorities.

It is, in the words of Zients, "the culmination of months of efforts to create a comprehensive strategy that will fundamentally change the course of the pandemic."

Biden experts claimed to have identified "12 shortages of immediate supply", which Thursday's decrees are intended to correct.

These deficits discovered include that of N95 masks and other protective equipment, as well as that of medical equipment necessary for performing diagnostic tests.

President Biden, Zients said, remains "absolutely convinced" of the need to invoke the Defense Production Act, which dates from the Korean War and allows private companies to be forced to collaborate in the production of critical supplies.

Yesterday marks the second round of a barrage of executive orders that Biden plans to sign in his first days in office.

Those he signed on Wednesday, a total of 17, were aimed at reversing Trump's controversial star policies.

Thus, he gave orders to re-adhere to the Paris Agreement on climate and to maintain the DACA program, which offers protection to immigrants who arrived in the country as minors on Wednesdays.

But he also approved measures related to the pandemic, such as the appointment of Zients, the requirement of masks in federal agencies and the reestablishment of ties with the World Health Organization broken by Trump.

On Thursday, following a service honoring his inauguration, which Biden and Vice President Harris attended virtually from the Oval Office, the president was scheduled to receive his daily intelligence briefing.

Next, all the focus on the health crisis.

Zients insisted that the goal of reaching 100 million doses of vaccine administered in the first 100 days of the presidency is "ambitious and achievable."

The president has ordered the Federal Emergency Management Agency (FEMA) to start setting up vaccination centers, with the goal of having a network of 100 of them up and running in a month.

He has commissioned the Centers for Disease Control and Prevention (CDC) to implement a program to make vaccines available through local pharmacies.

It has also promised states that FEMA will reimburse them for the expenses incurred in deploying their National Guard troops to assist in the campaign.

The same funds that FEMA has available for emergencies may be used to support the States in the reopening of schools. 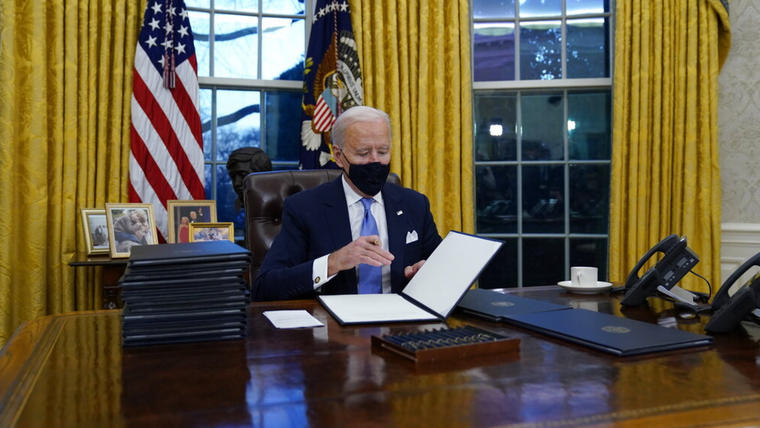 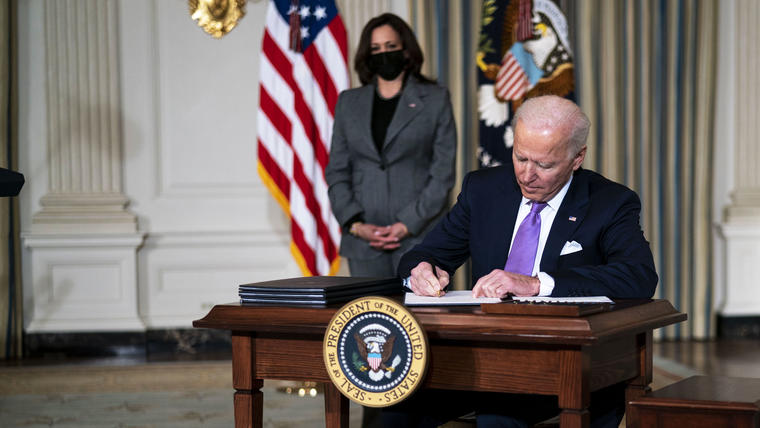 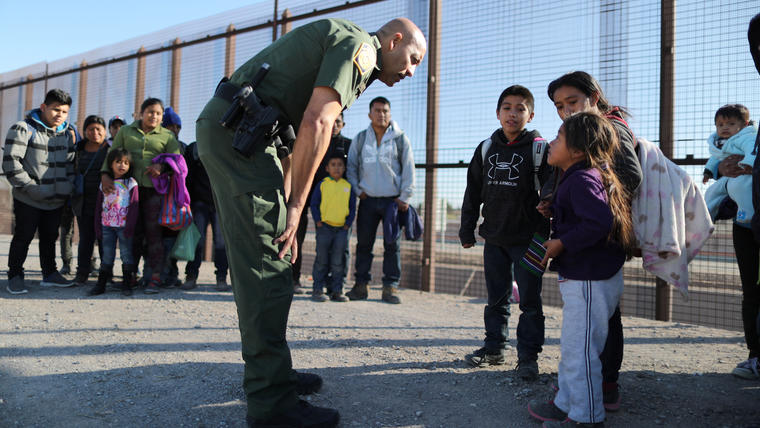 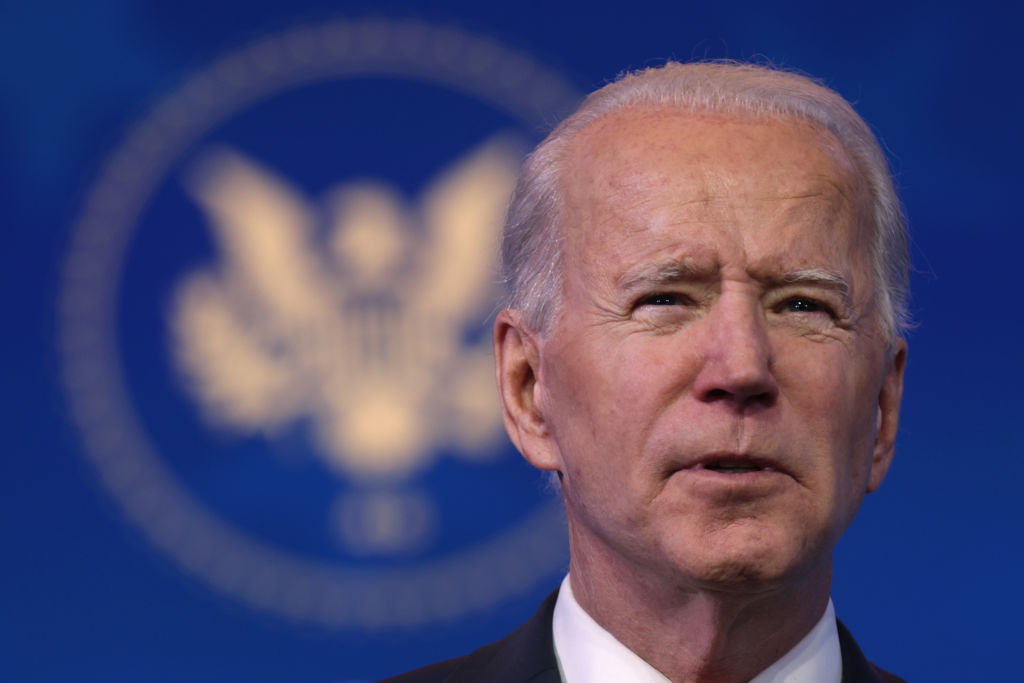