A mutation of the corona virus was discovered in Bavaria. One that may not even be experts in the laboratory of the well-known virologist Professor Dr. Christian Drosten was known in the Berlin Charité. 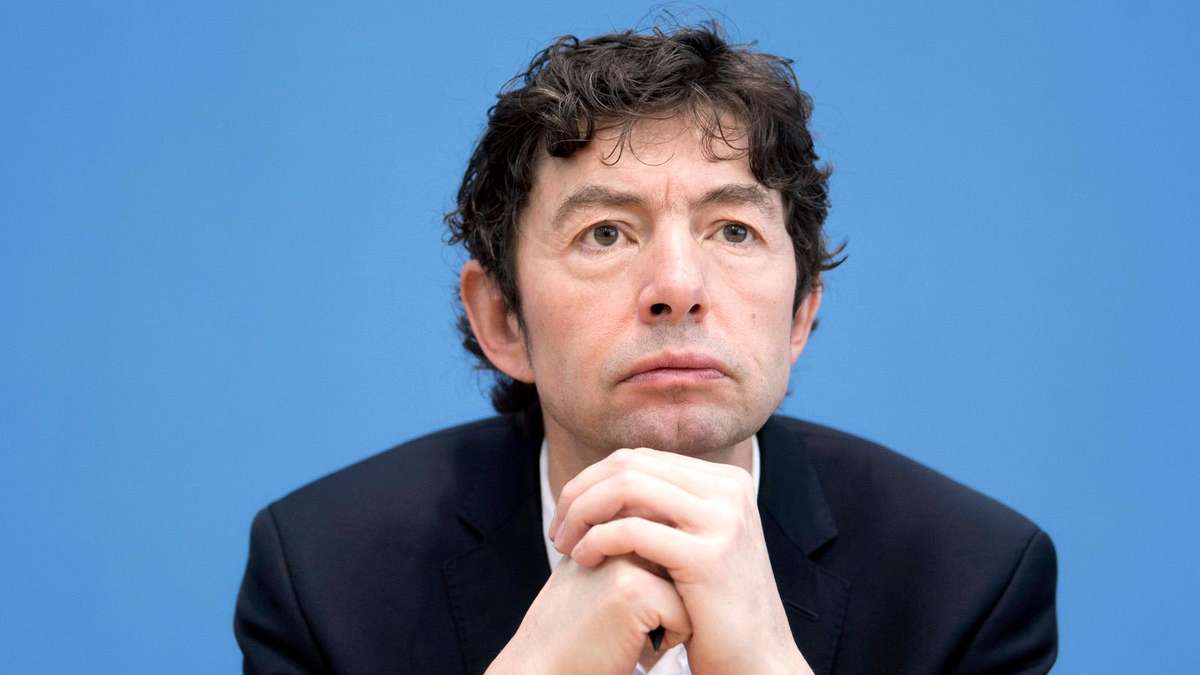 A mutation of the corona virus was discovered in Bavaria.

One that may not even be experts in the laboratory of the well-known virologist Professor Dr.

Christian Drosten was known in the Berlin Charité.

All clear from Berlin.

that was discovered at the Garmisch-Partenkirchen clinic is not a new variant of the virus.

It announced on Thursday that it was a mutation that was identified for the first time in March 2020.

What exactly this means for the affected patients and for the further course of action in the clinic has not yet been determined.

so far no indication that the

has any effect on the properties of the virus.

So far, 102 samples of the variant had been discovered worldwide.

Corona: Virus variant is currently being examined at the Charité in Berlin

35 patients and employees at the Garmisch-Partenkirchen Clinic have been

with a possibly new variant of the

Three samples are currently being

The clinic is expecting results by the end of January (see original report).

, Deputy Medical Director and Chief Physician of Pediatric and Adolescent Medicine at the Garmisch-Partenkirchen Clinic, announced

"It is certainly not one of the well-known English or South African variants," he explained.

This is more contagious than the original virus.

According to Stockklausner, there is no mutation in the Garmisch-Partenkirchen variant at position 501 - this would be typical for the British and South African mutations.

This is the case with the British variant, but it also occurs with several international variants and has been proven several times in Germany.

It is still unclear whether the

really new and whether it has an impact on the infectivity or the severity of the disease.

at the Berlin Charité, also commented on the mutation on Twitter.

"We have no evidence of any particular mutation," he explained.

He doesn't expect any surprises with sequencing at the moment.

In general, it is not uncommon for viruses to change, explains Professor

, who is responsible for the biological safety of bacteria and viruses at

"Viruses are constantly mutating," he says.

“It doesn't have to be threatening.

The vast majority of mutations are completely unproblematic. ”A virus could also be less dangerous.

It is important to discover mutations quickly.

"Then you can react quickly," explains Reichl.

But: “The capacities are limited,” says Reichl.

“Great Britain is ahead of us.” A genome analysis is carried out there for every 20th positive PCR test.

Therefore, the sequencing should also be evaluated here: "The aim is to achieve the English numbers."

The faster mutations are detected, the faster the

However, this is not always necessary: ​​"The Biontech vaccine was tested against 20 virus mutations," explains Reichl.

“It has always worked.” In the case of larger mutations, one can react: “The new vaccine can be modified,” he says

In a press conference, the Garmisch-Partenkirchen Clinic and the District Administrator inform about the first findings of the

It's not exactly the quietest phase in a hospital.

If it is usually the skiers who keep the doctors on their toes with their injuries, this year it is the corona virus that claims the Garmisch-Partenkirchen Clinic.

Doctors and administrative apparatus alike are busy trying to master the situation.

There are currently 52 infected patients, plus 21 employees.

A total of 18 positive cases more than last Friday.

As if that wasn't enough of a challenge, another message from the house on Auenstrasse is making headlines:

A new variant of

the corona virus has been discovered in the

One that not even the experts in the laboratory of the well-known virologist Professor Dr.

Christian Drosten was known in the Berlin Charité.

It is now well known that the virus mutates, i.e. changes.

"Since the beginning of the pandemic, over

12,000 changes have been detected in the sequences

At the beginning of last week, the specialists in the laboratory of the Garmisch-Partenkirchner house discovered deviating results for the first time when examining smears.

A special laboratory device that the house acquired during the pandemic made it possible.

"The machine showed different results, so we followed them up," emphasizes Niederbühl.

Scare tactics would be absolutely dubious and inappropriate.

Clemens Stockklausner, Deputy Medical Director and Chief Physician of Pediatric and Adolescent Medicine, made it.

Frozen samples from three patients were brought to the federal capital by courier last Wednesday.

suspicion that it could be a change in the virus, the colleagues confirmed

“It is a variant that the experts there were not even familiar with,” emphasizes Niederbühl.

But what does that mean?

"Scare tactics would be absolutely dubious and inappropriate," explains the managing director.

“The mere fact that it is a new variant

does not mean that it is more infectious.”

As has been shown, for example, with the British or South African variant of the virus.

Both are considered more aggressive and contagious.

In plain language: a lower viral load is enough to cause illness.

But even these mutations, according to experts, have not yet led to a higher mortality rate.

, there is no reduced protection from the known vaccines

Corona mutation discovered in Bavaria: Further meaningful details by the end of January

However, the doctors cannot give the all-clear either.

It remains to be seen whether the corona virus that emerged in Garmisch-Partenkirchen has other characteristics.

"We can't say that, we have to be that honest," explains Niederbühl.

But he does not see researching this as a “Garmisch-Partenkirchen thing.

We cannot do that as a municipal hospital. ”The experts in Berlin would have to investigate this question.

"That is now in the hands of the colleagues," confirms Stockklausner.

a response with further and meaningful details

No one is currently able to say

where the new virus variant comes from

The only difference is that not all patients in the clinic carry it with them.

To speak of a Garmisch-Partenkirchen mutation, Niederbühl considers nonsense.

“It can be anywhere, nobody notices.

The many variants are probably not even noticed by people. ”In this respect, he considers the closer examination that the Federal Government has now initiated with the reference laboratory of the Berlin Charité to be absolutely correct.

"I think in future it will no longer be enough to say whether a person is corona-positive or not."

Meanwhile, the fight against the spread of the virus in the hospital continues.

The measures were tightened again.

The corona stations and the affected stations on the fifth and sixth floors are now declared as isolation areas.

In plain language: the employees only enter it in full protective gear and are meticulously registered.

The entire staff is examined by rapid tests before the start of work.

The frequency of row smears among employees has been increased to twice a week.

Another 100 vaccinations are to be given on Monday.

The clinic and health department work hand in hand to track contacts.