Trump's cuddling course was unsuccessful: North Korea is more dangerous than ever under ruler Kim Jong Un. The Pyongyang regime is developing more and more nuclear weapons. How should Biden proceed? 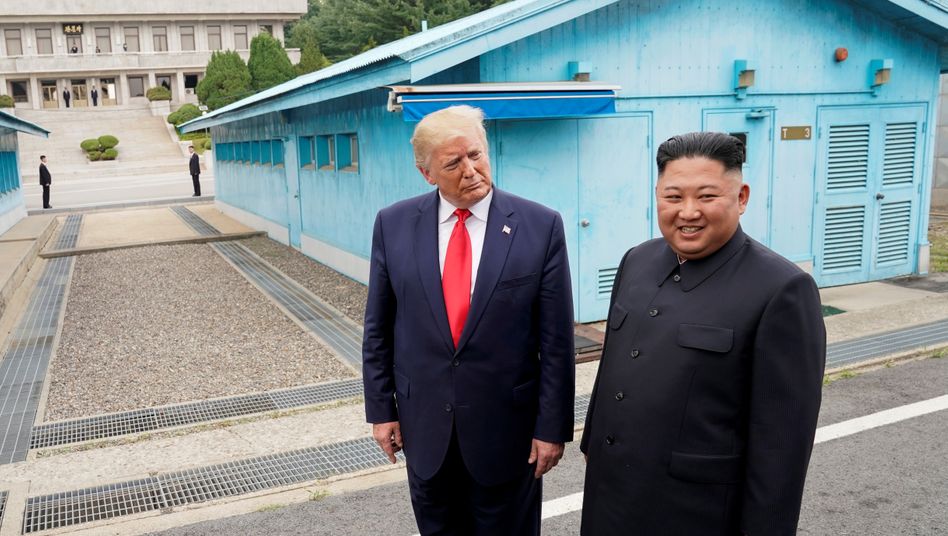 The new US president used the first hours of his term of office to make far-reaching decisions: Joe Biden rejoined the Paris climate agreement, he ended the entry ban from Islamic countries.

It's an attack on his predecessor Donald Trump's political agenda.

But how should he deal with North Korea, Trump's favorite foreign policy project?

Biden is in a paradoxical situation: For decades, US presidents have been trying to prevent those in power in North Korea from developing nuclear weapons - each in his own way, each unsuccessful.

North Korea is "a major problem that plagues government after government," said Foreign Minister-designate Antony Blinken before the Senate, "and nothing has improved."

Donald Trump first threatened dictator Kim Jong Un with “fire and anger”, so that his then Defense Secretary Jim Mattis reportedly slept in clothes because he believed an attack was imminent.

Then Trump switched to a cozy course.

In a tenure in office that was not exactly poor in terms of dramatic moments, the relationship between Trump and Kim was one of the most bizarre turns.

The famous “love letters” were followed by dialogues like this one at a meeting in Vietnam in February 2019. Back then, Trump asked Kim: “Do you ever do anything other than launch rockets?

Let's go to the cinema or play a round of golf. "

North Korea is more dangerous than ever

Despite Trump's concession, the regime continued to expand its nuclear arsenal, faster than experts expected.

Today North Korea is more dangerous than ever.

The regime is estimated to have at least 20 nuclear warheads.

At a military parade in Pyongyang last week, North Korea displayed what is supposedly the "most powerful weapon in the world," a submarine-supported ballistic missile.

The regime listed in detail how it intends to arm itself further, including with hypersonic weapons and reconnaissance satellites.

Kim Jong Un Show in North Korea: The allegedly »most powerful weapon in the world« by Wieland Wagner

That should also be understood as a clear threat to Washington.

His message is: Either Biden negotiates, or he can watch North Korea develop submarine-based missiles, ”says Tae Yong-ho, a former North Korean diplomat who fled to South Korea and is now a member of parliament in Seoul.

"This is blackmail with nuclear weapons."

Because Pyongyang is rightly afraid of not being very high on the list of priorities of the new US president.

The tasks of the Biden government are enormous anyway - contain a devastating pandemic, unite a divided country - that does not suggest that it will soon start difficult negotiations with Pyongyang.

His message is: Either Biden negotiates or he can watch North Korea develop anti-submarine missiles. "

But his advisors are more likely to bet that the economic crisis in North Korea will worsen and the dictator will come under pressure.

Sanctions work, but how far do they put Kim under pressure?

The communist country's economy is suffering from the sanctions imposed over the nuclear program.

For fear of the corona virus, the country has also isolated itself so much that trade with its most important partner, China, fell by 80 percent last year.

Kim Jong Un himself had to admit at the party congress in early January that his economic plan had failed.

Obviously, the state wants to keep more control of the many small private entrepreneurs who have formed as niches of capitalism across the country.

Destroying them would increase the plight of many people.

North Korea: Kim Jong Un wants to push ahead with the expansion of the nuclear arsenal

According to some observers, the economic crisis makes the country more dangerous;

others believe that Kim Jong Un will be more reluctant given the difficulties within the country.

According to the US weapons experts Jeffrey Lewis and David Schmerler, North Korea seems to have already begun preparations for the underwater launch of a new ballistic missile.

This is indicated by satellite images from a naval shipyard near the port city of Nampo.

A provocation to take office

North Korea has an uncomfortable habit of provoking new US presidents with missile tests.

As Vice President, Joe Biden saw North Korea test a long-range missile and then a nuclear bomb in the first few months of Barack Obama's tenure.

"When the North Koreans are dissatisfied, they do what they have been doing again and again for decades: They start a small, nice, manageable crisis," says Andrei Lankow, professor at Kookmin University in Seoul.

He believes the threats will soon be followed by short-range missile tests.

How far Kim Jong Un can go, for example with a nuclear test, also depends on ally China.

Beijing has no interest in a major escalation in its neighborhood.

In fact, Pyongyang comes under serious pressure when the key players in the region - China, Japan, South Korea, the United States - work together.

Because they all have a common goal: that Kim Jong Un gives up his nuclear weapons.

An interview by Katharina Graça Peters

There was a rare moment of unity at the end of 2017. The US responded to the North Korean provocations with “maximum pressure” and threats of war, supported by China, which supported the sanctions against the regime.

Many observers believe that there was a real chance of concessions from the terrified North Koreans at the time.

But the intensifying rivalry between the US and China provided Kim with a good opportunity to play the great powers off against one another.

Biden's future foreign minister, Blinken, has recognized the important role of Beijing: one not only has to work closely with the allies Japan and South Korea, but also "urge China to build up real economic pressure to bring North Korea to the negotiating table," he told the broadcaster CBS News last year.

This is a lesson from the past few years - as well as the fact that the longer North Korea expands and modernizes its nuclear arsenal, the more difficult it becomes to contain it.

The regime will not be completely nuclear disarmament, because the nuclear weapons ensure its survival.

He nevertheless advises - like other renowned observers in Washington - to hold talks soon in order to prevent an escalation.

The aim must be arms control: freezing the nuclear program and partially reversing it and, in return, relaxing sanctions.

Even if this will not be an easy task. 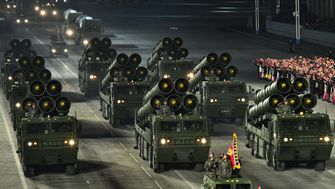 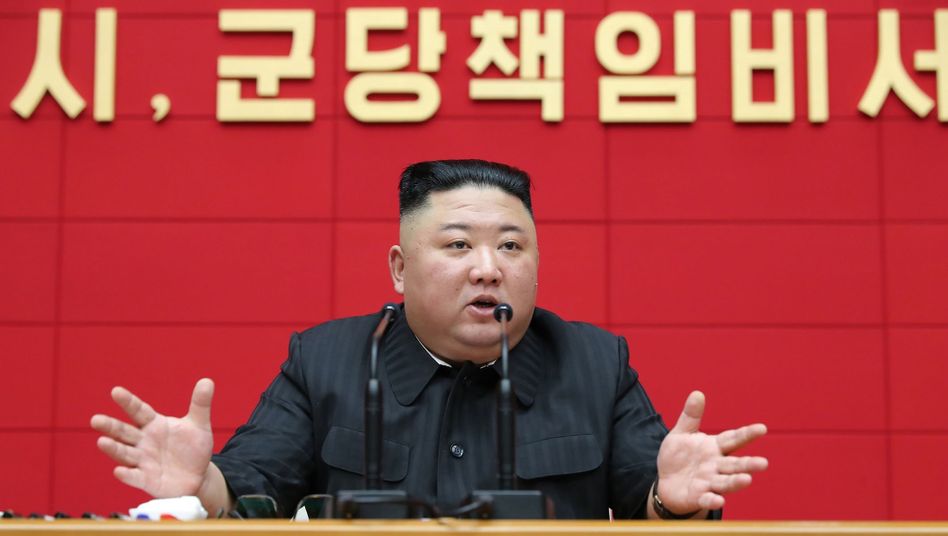 North Korea is not responding to US government diplomatic efforts