By losing 59-0 at home on Saturday against Stade Toulousain, the SUA conceded its 15th defeat in as many days of the Top 14. The resignation of a large part of the players, pointed out, augurs for the worst.

The days of the Top 14 pass and Agen still sinks a little more into mediocrity.

A defeat just before the final end of the 2019-2020 season, fifteen in a row over the current financial year, plus one in the European Challenge so as not to lose pace.

Either an ongoing series of 17 setbacks.

And a record at your fingertips.

That Agen bow to Bayonne next weekend, and he will beat that of Perpignan who, in 2018-2019, had also conceded fifteen defeats in a row before winning his 16th match.

Obviously, no one is thinking of a capital bounce.

The eight-time French champion club (last Brennus lifted in 1988) already has both feet in Pro D2.

With only 2 points in the standings (two defensive bonuses), the red lantern is 19 points behind the 13th, Montpellier (which has one game less), and 20 on the 12th, Aviron Bayonnais (two games late) .

If we continue with the numbers, the SUA has the worst attack (188 points scored) and the worst defense (570 points conceded, or any stack of 38 points per game).

At the end of the match, I saw a few smiles.

It is not really respectful of the history of the club

But the Agen supporters could hope, at least, for a reaction of pride, a few victories to save the honor.

A rebellion which the AUS players do not seem to take the path of.

Saturday, what marked the observers, it is rather the resignation, the lack of pride of the players, a disinterest in this endless ordeal.

“Finishing at 0 points is one thing, but it is especially taking 60 points at home that bothers me.

The disappointment is that we didn't see much.

Of course, there is a very big difference between the two teams, we knew that before the game.

But, in the content, we did not show anything, in particular in the behaviors, the attitude.

We did not validate the objectives we set for ourselves.

This is what bothered me the most… ”, cracked the manager, Régis Sonnes, after the rout.

Montpellier hits the bottom, Toulouse and Clermont let go of the horses

He is not the only one to have had the feeling that his team has let go, that several players have given up.

Two former players trained in Agen, who now play in the ranks of Stade Toulousain, did not fail to point out.

And to regret it.

The former AUS captain, Antoine Miquel, was not kind to his former teammates at a press conference.

When I see the attitude of some players on the field, it pisses me off.

I saw some things from the start.

It was already talking a little bit.

And then, as soon as we scored our first try, I had the impression that they were giving up.

When you see a team that takes 60 points and guys who end with a smile… I wouldn't give any names, but yes, I saw a few smiles and it's not really respectful of the history of the club.

I am mostly sad for the guys who have been around for a while and don't let go.

And for a few young people who still went there, ”deplores the Toulouse third line.

A feeling shared by Pierre Fouyssac.

It was easier for us, ”said the Toulouse center.

When I see the image we give to the supporters, to the people who love the club, it makes me sad

External criticism, but also questions from some Agenais.

Thus the captain and third-line Romain Briatte, who does not know what to do to extricate himself from this infernal spiral.

“I don't understand what's happening to us.

It will take a big individual questioning.

We have to be killers on the ground.

We might have a big general fight in the locker room before the next game… ”AUS winger Loris Tolot was just as dejected.

“We lied to each other.

I didn't get the impression that we wanted to give 100%.

We never got into the game.

We take one, two tries, and we all bow our heads.

We have no reaction, we have no one who wants to move forward, to defend strongly.

For me, when you are a professional athlete, you have a minimum union to have, it is to give 100% when you enter the field.

Even if it is the Toulouse Stadium opposite, even if we know it will be hard, when we enter a field, it is to win.

And even if we lose, we must be able to look at ourselves in a mirror at the end.

Here, this is not the case.

We don't give our all… Frankly, I was sad on the pitch.

When I see that, the image that we give to the supporters, to the people who love the club… I don't find that good so in terms of mentality, things will have to change, and quickly, if we want to hope win a match before the end of the season. ”

For Loris Tolot, the SUA is a family affair.

His father, Bruno, his uncles Jean-Louis and Eric, wore the jersey of the Lot-et-Garonnais club.

So hearing the elders of the house, Miquel and Fouyssac, regretting the smiles at the end of the match, breaks his heart.

“I didn't want to smile.

I didn't want to cry in the hallway anymore.

I couldn't wait that one thing during the match was that it ended because what we did there is nothing to be proud of.

Smiles, I don't endorse them either… ”

The problem is that several electroshocks have already been caused by the president of the SUA, Jean-François.

At the beginning of November, already exasperated - “I am considering sanctioning the group financially.

It is not normal to see these well-heeled players taking advantage of a pension situation.

It becomes unbearable that our partners and supporters support us economically in this anxiety-provoking context and that the group has no respect ”- he had dismissed part of the staff (manager Christophe Laussucq and forwards coach Rémi Vaquin), and dismissed for a week three players (Puletoa, Vaka, Taulagi) guilty of “not respecting their commitment.

They do not invest enough, do not do it during matches but also in their behavior or their lifestyle ”.

And, in early January, the boss of Agen had released Tongan hooker Paul Ngauamo, guilty, alcoholic, of having fought with a partner in an airport hall.

He finally let go to Montpellier the English winger Gabriel Ibitoye, announced as a phenomenon and big disappointment, one more ...

Agen: thanked, Ngauamo goes to Castres and sells his SUA jerseys on the internet

Decisions that have not changed the performance of his team, too many elements have definitely given up.

A lack of motivation and determination that Régis Sonnes is aware of.

“You have to be clear-headed too.

It's been a year since there have been any victories.

The players, you have to collect them every week, relaunch them.

But the manager refuses to resign himself.

“It's a situation we are going to build on and from which we will grow up.

It is in these moments that we see the men… ”There are eleven days left so as not to enter the record books. 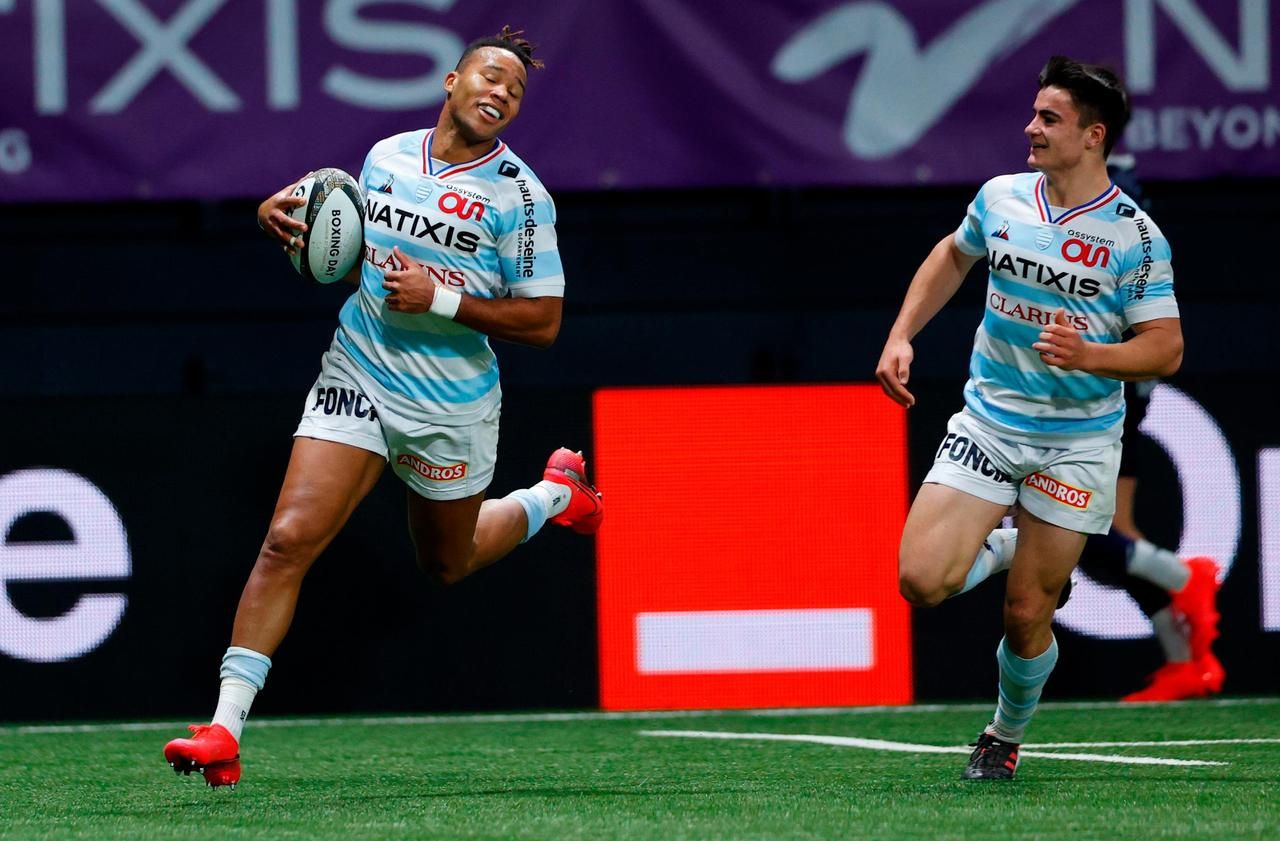 Top 14: Racing at the party against Agen 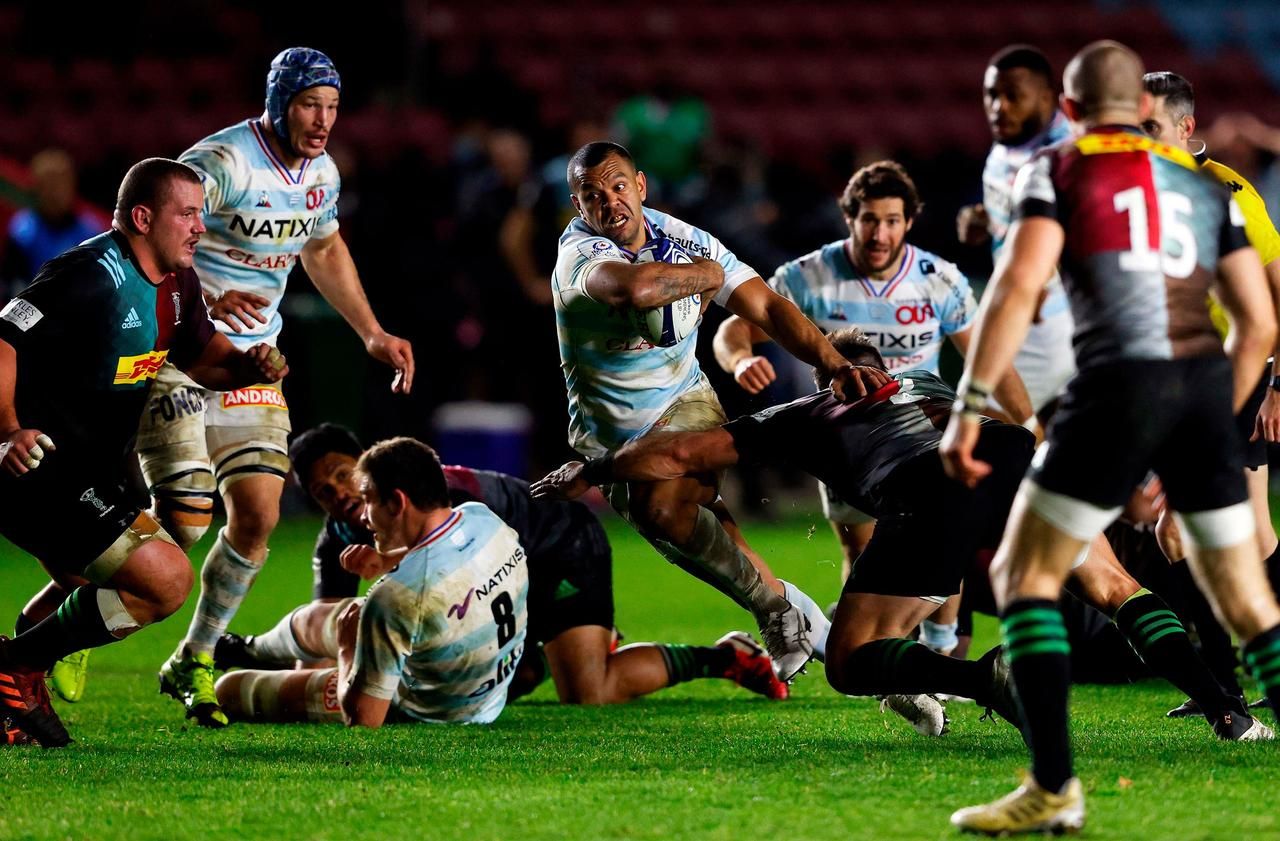 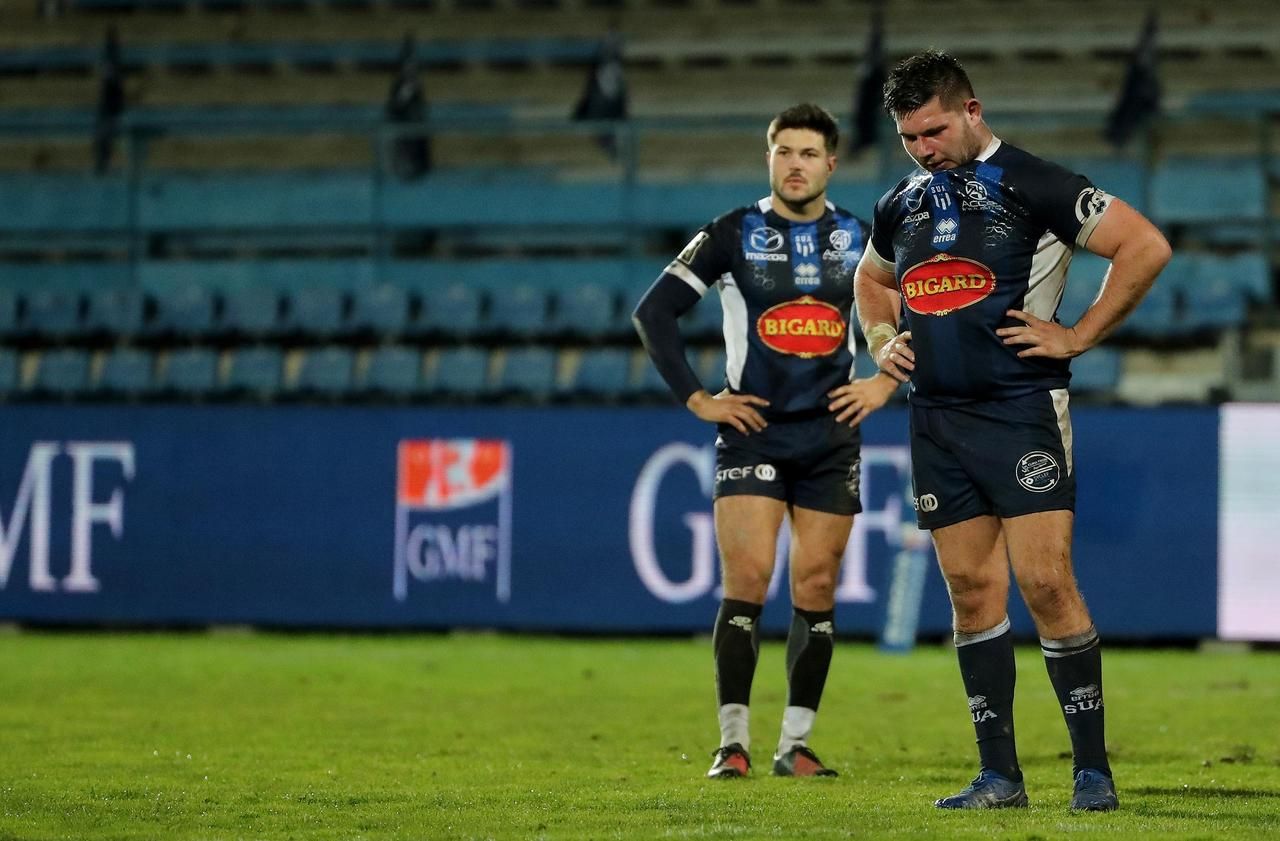