The EU is increasing the pressure on manufacturers of corona vaccines: After AstraZeneca, the second producer, has broken its delivery promise, Brussels now wants to make exports to other countries subject to approval. 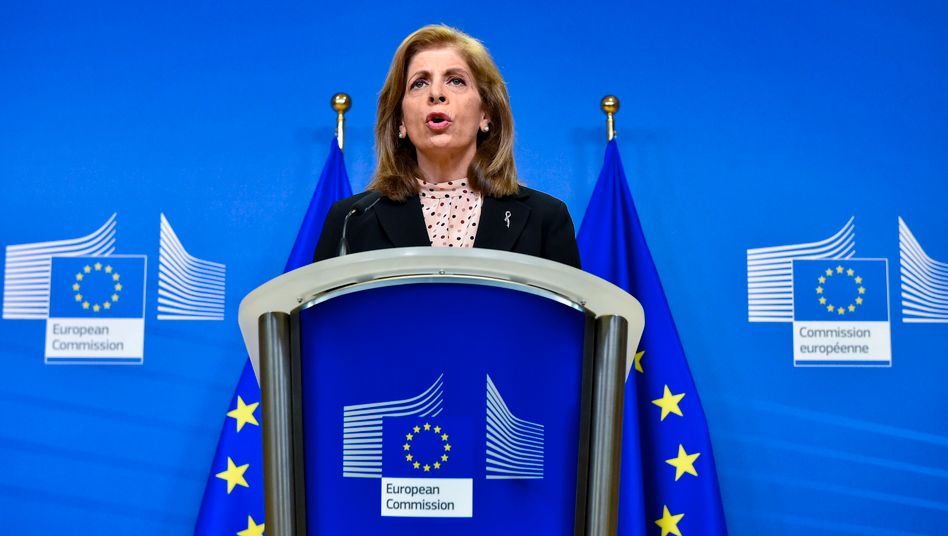 EU Health Commissioner Stella Kyriakides: "This is unacceptable for the EU"

The EU Commission is threatening pharmaceutical companies with a ban on exporting corona vaccines to countries outside the EU.

The Brussels authority is reacting to the surprising announcement by AstraZeneca that it will initially deliver significantly less vaccine than contractually agreed.

The British-Swedish group announced on Friday that after the approval of its vaccine - which is due for this week - it will only deliver 31 million doses instead of 80 by the end of March.

"That is unacceptable for the EU," said EU Health Commissioner Stell Kyriakides on Monday in Brussels.

Previously, representatives from the Commission and EU member states held an hour-long conference with AstraZeneca.

According to Kyriakides, however, the company did not give "any satisfactory answers".

At the end of August, the Commission had concluded a purchase guarantee with AstraZeneca for 300 million doses of corona vaccine with an option for 100 million more.

AstraZeneca was the first manufacturer to trade with the EU.

In return, the company has received more than 300 million euros to advance the development of the vaccine and - more importantly - to start manufacturing before its official approval.

The EU states submitted their binding orders to the company at the end of October.

Where is the vaccine?

The question now arises as to what happened to the preproduced vaccines.

From Brussels’s point of view, there are only two options: Either AstraZeneca never made them, or they were sold to other customers.

Both would be a gross violation of the treaties, say the Commission.

"We have pre-financed the development and production and are now expecting the return," emphasized Kyriakides.

“We want to know exactly how many cans were produced where and whether and to whom they were delivered.” But AstraZeneca has not yet answered that.

There should therefore be another conference with the company on Monday evening.

At the same time, the Commission proposed that the member states introduce an "export transparency mechanism" as soon as possible.

It stipulates that all companies that manufacture corona vaccines in the EU must obtain approval for exports to third countries in the future.

It is a barely veiled threat of an export ban.

"The EU will do whatever it takes to protect its citizens and their rights," says Kyriakides.

"We as the EU must be able to know whether and which vaccines are exported from the EU." This is the only way to clarify whether the EU contracts with manufacturers are "served fairly".

Additional annoyance in Brussels is that only the EU is affected by the short delivery, while all other customers continue to receive full deliveries, including Great Britain.

Before that, Commission President Ursula von der Leyen had already spoken to AstraZeneca boss Pascal Soriot on the phone.

According to a spokesman, she also made it clear that the EU insists on the contractually guaranteed deliveries: "We expect the company to find solutions and use all possible leeway in order to deliver quickly."

The development of vaccines could have been cause for celebration, Soriot said on Monday at the virtual world economic forum.

Instead, some countries have pushed their way and displayed a "me first" mentality.

Soriot added with patronage that there were "many good examples of tremendous public-private cooperation in many countries."

The collaboration between AstraZeneca and the EU, it seems clear, is not one of them at the moment.

However, the Europeans have few options to quickly defend themselves against the alleged breach of contract.

Sure, you can sue the company, it is said from EU circles.

But it does not help anyone in a few years' time to get compensation.

They want the vaccines, right now.

Another means is the threat of consequences for future cooperation.

After all, the global corporation AstraZeneca not only produces corona vaccines, but also applies for any patent or approval for a drug in the EU practically every day.

Therefore, as the Commission says, AstraZeneca should actually have a great interest in good relations with the EU.

However, it was initially unclear whether the EU could secure at least part of the AstraZeneca vaccine through the planned export license requirement.

The commission could not answer whether the company even served the world market from within the EU.

However, the export license is not only intended for AstraZeneca.

The German company Biontech and its US partner Pfizer also want to initially deliver less vaccine than planned in the coming weeks.

However, this is justified with the rebuilding of the plant in Puurs, Belgium, which should lead to the EU getting even more later.

But that is not certain.

Nobody knows how the other vaccine manufacturers with whom the EU has concluded contracts will behave. 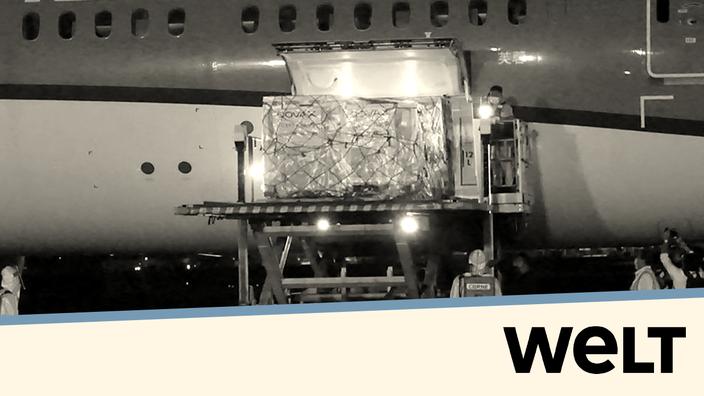 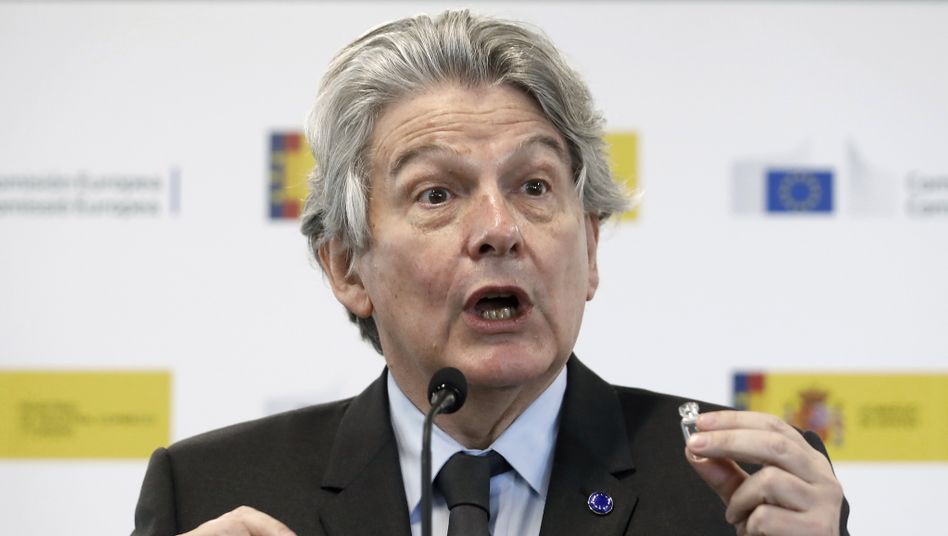 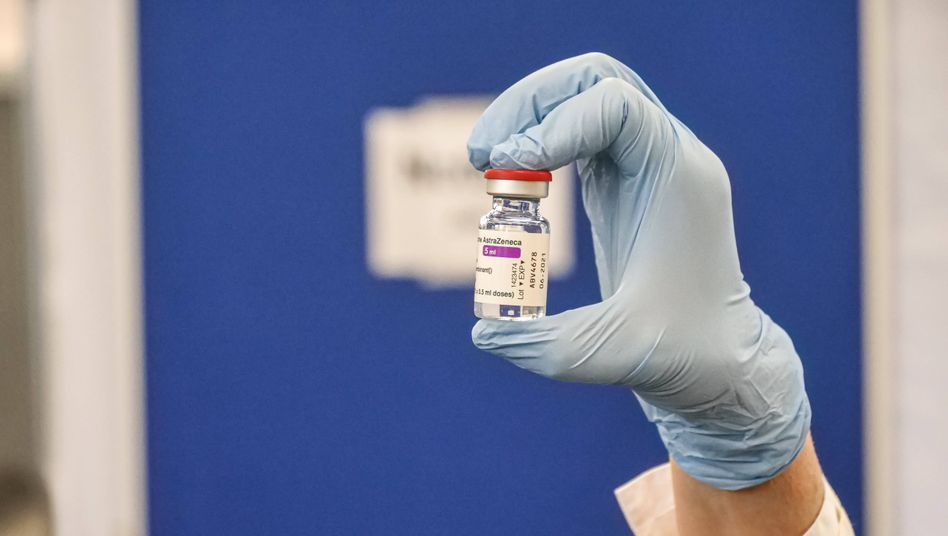 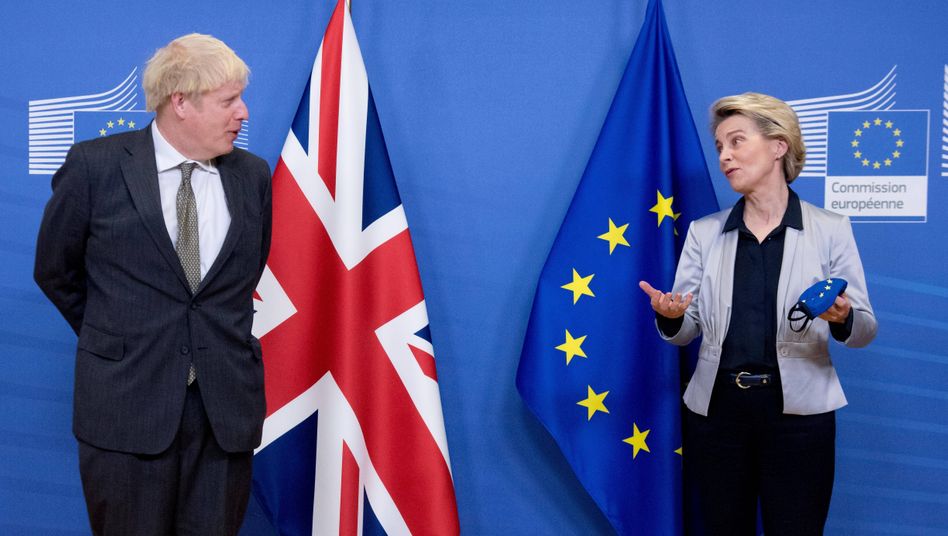 Corona vaccines: The dispute over export bans is becoming a problem for Ursula von der Leyen 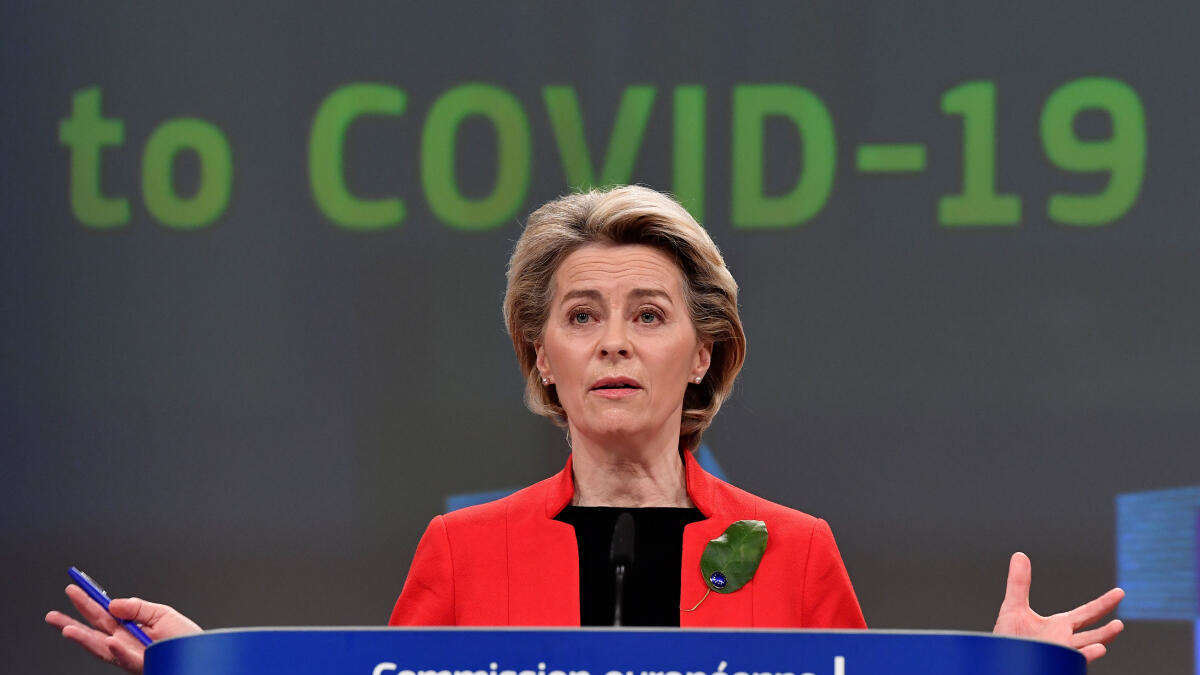 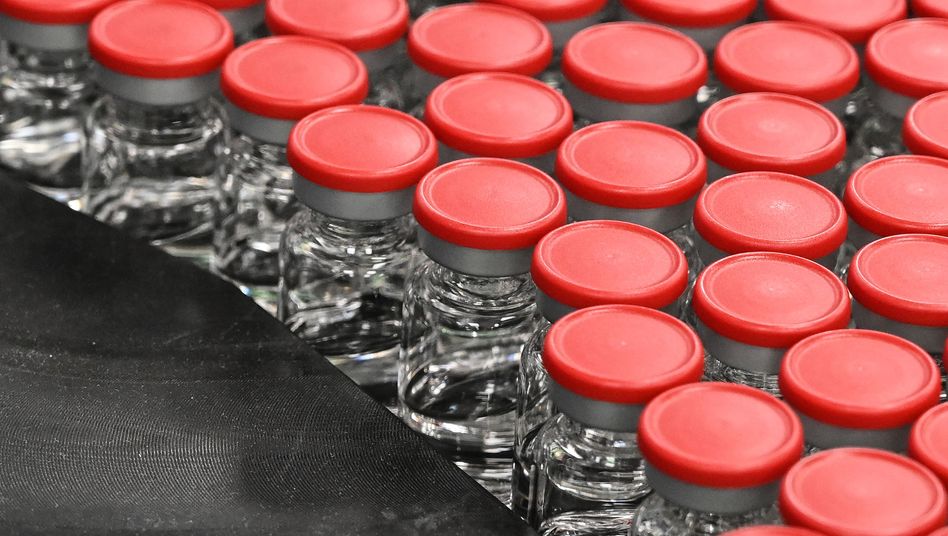 Great Britain wants to sign vaccine agreements with the EU