The Swedish fashion retailer H&amp;M wants to cut 500 jobs in view of the booming online trade and the corona pandemic in Germany. But now customers are against the plans by storm. The Swedish fashion retailer H&M wants to cut 500 jobs in view of the booming online trade and the corona pandemic in Germany.

But now customers are against the plans by storm.

) wants to cut 800 jobs in view of falling sales in Germany.

Business Insider reports that young women in particular are apparently affected by the plans.

To accelerate the downsizing, the company is planning a voluntary severance program.

The plans are "explicitly" aimed at employees who are still on parental leave, reports the portal, citing an internal paper from the

Employees on parental leave are legally protected against dismissal.

However, the regulation no longer applies after returning from parental leave.

This would mean that young mothers would be particularly hard hit by the plans.

A volunteer program was “not an issue,” said an unnamed works councilor to the portal.

There is also great displeasure at the Verdi union.

behaves "like a corporate patriarch who makes decisions over the heads of women", Cosimo-Damiano Quinto told Business Insider.

H&M: Shitstorm on the net

There is also great outrage in social networks.

The plans are "discriminatory", "disgusting" and "anti-social", it says on

Many users want to

turn their backs on

“I'm going to boycott H&M with immediate effect”, “I don't buy anything there”, “Not a cent from me for the company”, it says in the relevant posts.

The considerations of the H&M management were a

with announcement, jokes a user: "I'm just imagining the meeting at

: People, we absolutely need a new PR disaster, someone ideas?"

Corona crisis: Swedish fashion giant is using the red pencil - and wants to cut around 800 jobs

wants to cut around 800 jobs in Germany.

That corresponds to around 5 percent of all employees of the company in the Federal Republic, said a company spokeswoman on Tuesday in Hamburg.

trying to achieve the downsizing through a volunteer program in order to avoid redundancies.

"If the number of volunteers in this program is not sufficient, the decision will be made on a social selection," said the company.

In the past fiscal year (November 30), the

plummeted by 18 percent to around 187 billion Swedish crowns (around 18.3 billion euros).

The group had already announced in October that it wanted to thin out its branch network.

At other fashion retailers, too, the economic situation has recently deteriorated dramatically as a result of the corona pandemic and the renewed lockdown.

Just a week ago, the fashion chain

However, business operations are to be continued in full.

fighting for its existence.

So that the company still has any chance of survival, the management now wants to close every second location. 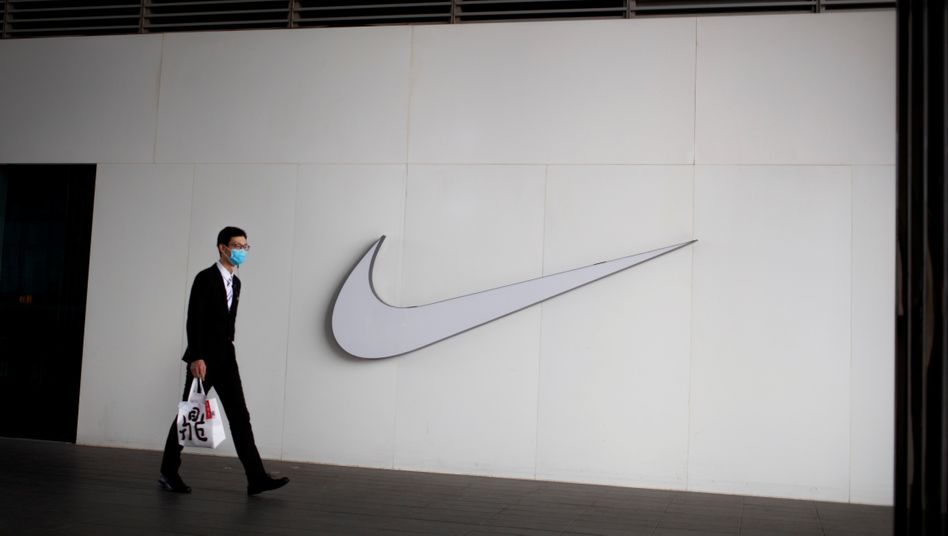 Nike distances itself from labor camps in China