Joaquín Sabina talks about polyamory, eroticism and his wedding with Jimena Coronado

The singer, in Dani Rovira's new program, affirms about his wife: “On tour, if she doesn't come she won't go. Before it was the other way around, 'sex, drugs and rock and roll ”

, which also meant his debut as a television presenter, beyond his experiences in the Goya awards galas.

The format mixes humor with interviews, both by Rovira and his collaborators, all spun by a theme.

The first episode was love, so there was talk of kisses, romances, breakups and relationships.

To talk about this universal feeling, the program had a guest who is not usually lavished in those terms: the singer Joaquín Sabina.

The artist received the program at his home in Madrid and there he chatted with the actor and comedian Pepe Viyuela.

Considered "one of the people who have spoken the most about love in Spain".

However, according to Sabina, "no philosopher, no sociologist, no poet has been able to unravel what love is."

He confessed that for him, love is "a wonderful element of the human being" because animals have sex and reproduce, but they do not have eroticism. "

Joaquín Sabina addressed what his wedding with Jimena Coronado, his partner for more than 20 years, has meant for him, whom he married in almost total secrecy on June 29.

Asked by Viyuela about how he considered that late wedding, if "as a great success or a surrender", the author affirmed that "neither of the two".

He has been with me through thick and thin.

On tour, if she doesn't come she won't go.

Before it was the other way around, 'sex, drugs and

' and you don't have to take your girlfriend or your wife, ”the musician laughed in the living room of his home in Madrid.

“In all my comings and goings to hospitals, including the last one, I have always thought: I am 71 years old, if something happens to me I want him to have papers that give him all kinds of rights.

With that "last", Sabina was referring to his fall in mid-February at a concert in Madrid that led him to go through the ICU and undergo emergency surgery.

However, he himself knew of the exceptionality of a wedding for which he has always been considered an unrepentant bachelor.

"[EL PAÍS journalist] Luz Sánchez-Mellado wrote a column about the pandemic and the new normal that said that this new normal is a disaster: Enrique Ponce is divorcing and Sabina is getting married," she said laughing out loud.

In addition to Jimena Coronado, the singer also told what was the best part of being in love.

The worst thing about love, however, for him is "everything that carries possession or excess possession, starting with jealousy, unhealthy, and ending with the 42 deaths that we have already this damn year."

He was referring to 2020, when the final balance of women murdered at the hands of their partners or ex-partners was 45.

Asked about which are the best loves, whether the long ones, the short ones, the fleeting ones ... Sabina replied, always in a joking, half-serious tone: “I'm no longer old enough to say it, but I liked it always a lot

, the crazy love that casts flames, which can last an instant or three years ... not much more than 10 years ”.

Reflecting on whether art conditions our way of loving, he explained: “As songs and all forms of art are beautiful lies, they are made to correct reality, which is grayer, more crude, less beautiful, and the songs also accompany a lot because they put a shoulder to cry on ”.

Furthermore, for him "heartbreak songs are more beautiful than love songs."

“In fact, there are not so many songs about heartbreak and there are thousands of heartbreak, because they are on the one hand a consolation and on the other a revenge.

One writes them saying 'This disgusting girl who left me

this song is going to haunt her all her life.'

For him, the good side of having created those songs is that they reach everyone, but the bad side was also clear to him, as he joked: “The bad side is that I have made my songs to get girls myself, not so that he can get them. it is in the fourth row through me, which has cost me my job ”.

"I think so," he reflected, although putting a but.

“What is not due is, as has been a lot of tradition in Spain, is to have two families.

You can have a lover and live both things with a certain dignity, but two families is nonsense, crazy, it drives you crazy.

But I have had certain simultaneities.

Now that polyamory, open relationships are in fashion ... I have nothing against it, but I am not signing up, among other things because it is no longer an age ”.

Joaquín Sabina talks about polyamory, eroticism and his wedding with Jimena Coronado 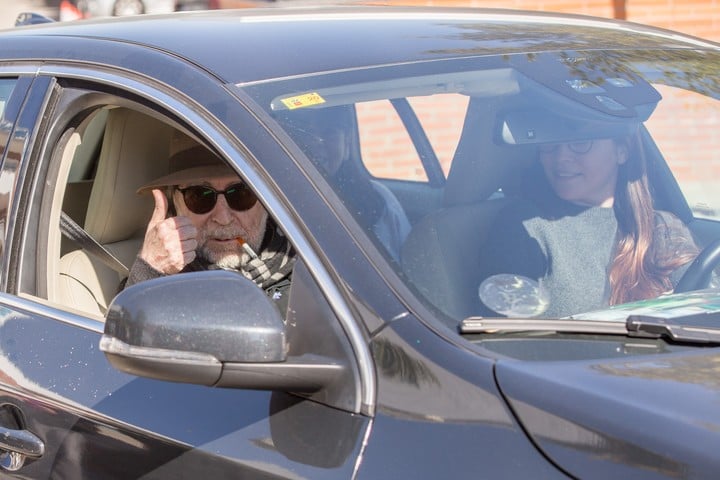 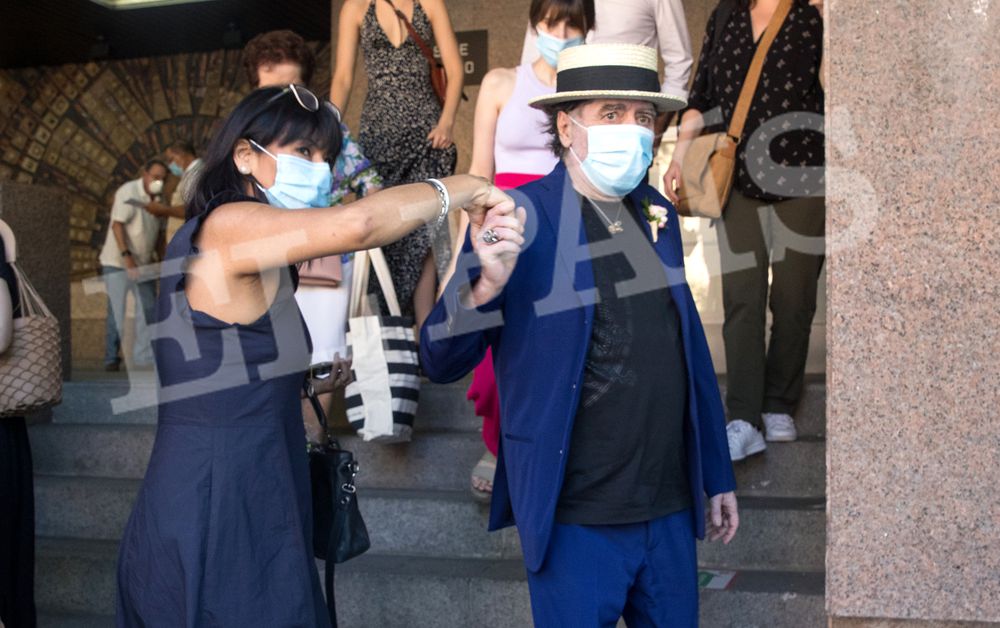 Jimena Coronado, the discreet and professional wife of Joaquín Sabina 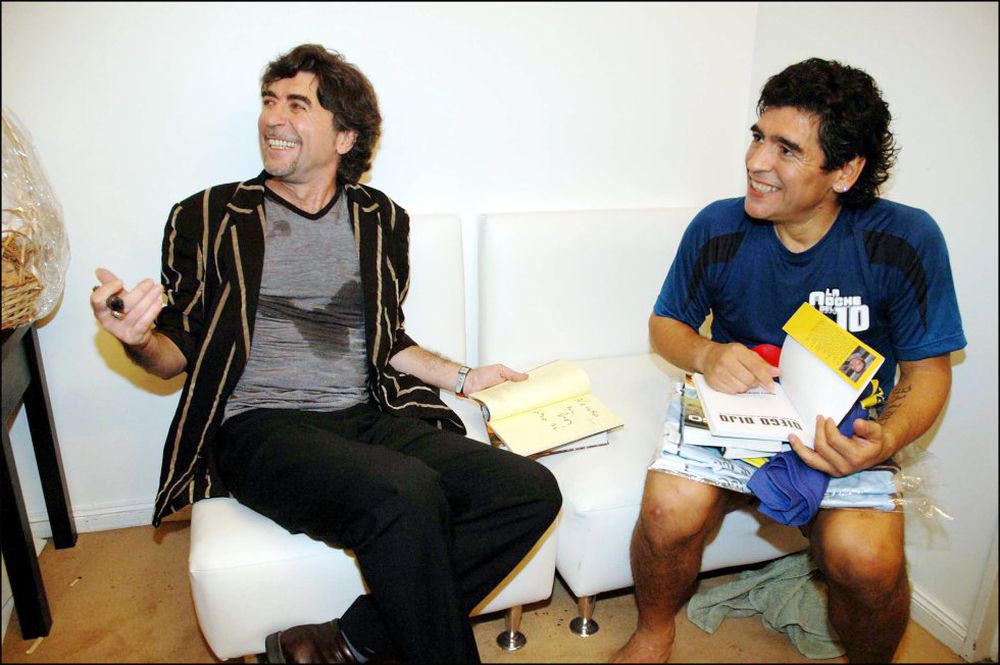 Maradona, a religion made music 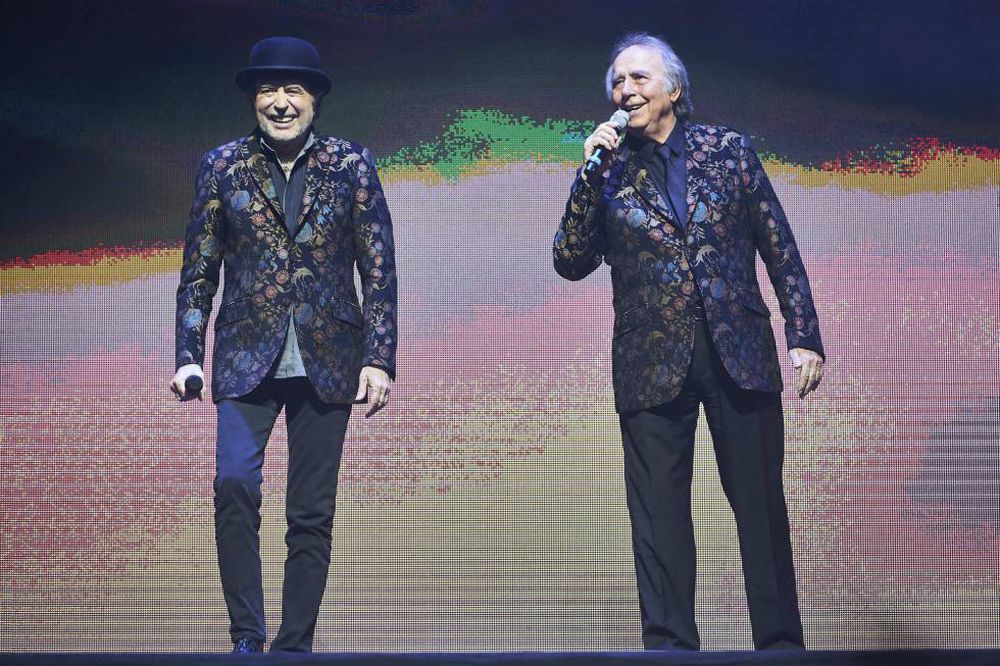 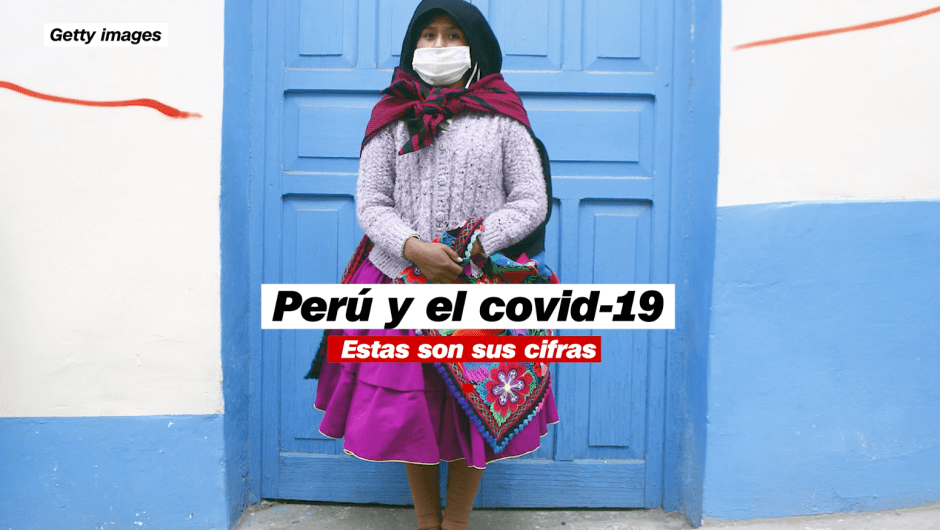 USA not enough beds and more of the pandemic