Tartous-SANA The tobacco crop in Tartous Governorate is of great importance, as it is considered one of the family crops on which a breadwinner depends Tobacco crop in Tartous Governorate is of great importance, as it is considered one of the family crops on which many families in Tartous Governorate depend as the only source of livelihood, especially in the mountainous countryside in the areas of Qadmous, Sheikh Badr, Derikish and the Akkar Plain, and its farmers suffer from high production costs.

The head of the Tobacco Cultivation Division in Tartous, Engineer Muhannad Hassan, indicated in a statement to the SANA Economic Bulletin that there has been a great demand in recent years for tobacco cultivation in the coastal region due to the success of this cultivation and its good returns and the availability of a suitable climate, as the General Tobacco Corporation opened areas for new licenses that doubled after the high purchase prices. .

Hassan pointed out that the Foundation provides facilities for farmers in terms of supervising the cultivation of the crop and following it up through specialized guides, as well as providing sterilized and guaranteed seeds of excellent quality according to the licensed areas in addition to distributing agricultural medicines during the cultivation period and deducting their price later upon delivery of the crop.

Regarding the marketing process, Hassan stressed that there is a special committee from the General Organization for Tobacco to determine the appropriate purchase price for each year according to its quality in coordination with the General Peasants' Union, as it is classified into three categories of good, medium and low. The varieties cultivated in the region vary from “Sikk Al-Bint and Burli to Al-Tabbak”

For her part, Samar Al-Shakh, head of the Agriculture Department at the Coastal Region Branch of the General Organization for Tobacco, indicated that the estimated statistics for the current year of the areas that will be cultivated amount to 7938 dunums.

Engineer Raed Mahmoud, a tobacco farmer, explained that there are some difficulties facing farmers, especially diseases and climatic conditions that affect the quality of the crop, in addition to the high costs of labor in terms of labor wages and the cost of watering, indicating that tobacco cultivation requires continuous work and follow-up to ensure a good harvest. The start of marketing of the tobacco crop in Tartous Tobacco farmers in the jungle are demanding an increase in the price of the crop, and stakeholders are setting up a committee to study costs 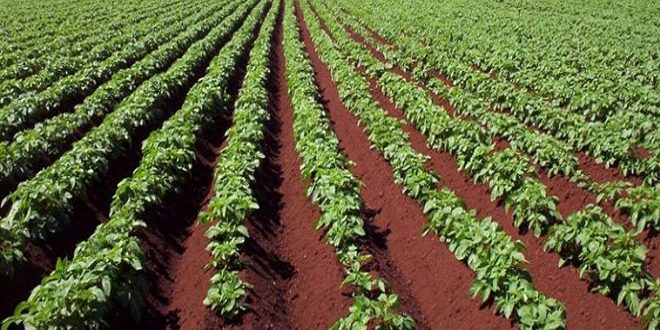 Allocating 1070 hectares to tobacco cultivation in the jungle