Today, there are 19 confirmed cases of new pneumonia, one of which was detected after death. The 66-year-old man lives in Lane 15 of Puthang Village, Sheung Shui. His family was diagnosed earlier, but he did not declare that he had seen the dead. Department of Health 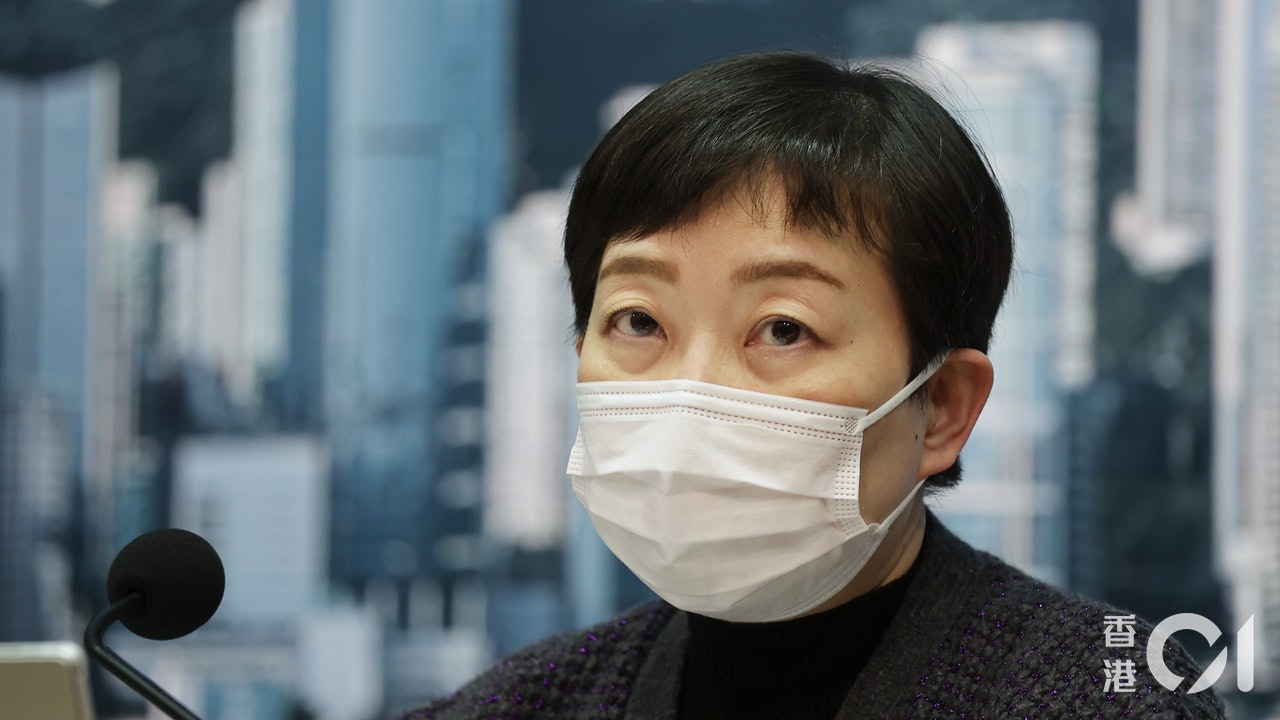 Today, there are 19 confirmed cases of new pneumonia, one of which was detected after death.

The 66-year-old man lives in Lane 15 of Puthang Village, Sheung Shui. His family was diagnosed earlier, but he did not declare that he had seen the dead.

Zhang Zhujun, director of the Infectious Diseases Division of the Center for Health Protection of the Department of Health, pointed out that the deceased had visited a doctor at the Shek Wu Hui clinic on the 26th of last month. He had submitted a deep throat saliva sample at that time, but due to the lack of strain and leakage, he needed to retest. The family could not find the deceased on the 28th of last month, and broke into the house on the 29th after calling the police and found that they had passed away in the mortuary and tested positive for the new coronavirus.

The Chief Administrative Manager (Medical Effectiveness and Technology Management) of the Hospital Authority, Yu Huiling, also pointed out that a male patient in Pok Oi Hospital was diagnosed, 6 male patients of the same condition were required to be quarantined, and 3 nurses who had vomited during their stay in the hospital were also required to be quarantined. Another male doctor lowered the patient's mask during the examination of the patient and required medical supervision for 28 days.

Zhang Zhujun said that a patient was diagnosed after his death, and a family member had also been diagnosed earlier.

Zhang Zhujun pointed out that the case number of the confirmed deceased was 10531. He lived in the 15th Lane of Puthang Village, Sheung Shui. A family member of his family saw the deceased on the 16th of last month and was diagnosed on the 22nd of last month, but it was not during the infectious period. He did not declare that he had seen the deceased. As of the 28th, his family could not find the deceased. After the police broke into the unit on the 29th, it was found that the deceased had passed away. After being sent to the mortuary, he was found to be positive for new coronary pneumonia.

Yu Huiling added that the 66-year-old male deceased went to the Shek Wu Hui Jockey Club General Outpatient Clinic on the 26th of last month due to cough and mild hemoptysis. He returned a deep throat saliva sample the next day, but was tested by the New Territories East Network Microbiology Department. The notified sample had leaks and required re-testing, and the patient was notified to sample the bottle as soon as possible, but the patient did not show up on the next day (January 28) as expected, and could not be found when calling in the afternoon. It was received from the police on January 29 Notify the patient that he died at home.

Yu said that the deceased had always been wearing a mask during consultations, and the doctors and nurses who provided diagnosis and treatment for him all wore suitable personal protective equipment, so there were no close contacts.

A male patient in Pok Oi Hospital was diagnosed and lived in the internal medicine and geriatric ward. During this period, he vomited. 6 patients and 3 nurses were required to be quarantined.

Yu also pointed out that a male patient from Pok Oi Hospital went to the Accident and Emergency Department for medical treatment because of a discomfort. He had no symptoms related to new coronary pneumonia and was arranged to enter the internal medicine and geriatric wards. Six male patients were classified as close contacts and required quarantine for 14 days; while the confirmed patient vomited suddenly while in hospital, two female nurses and one male nurse had been taking care of them, and three of them were classified as close contacts and required quarantine .

Yu Xu said that the doctor who had examined the male patient briefly lowered the patient's mask during the examination. The doctor was classified as other contacts and was subject to 28-day medical supervision.

She said that the hospital had been thoroughly cleaned and believed that the incident showed that the admission screening was effective. The confirmed patient has been sent to Tuen Mun Hospital for further treatment and is in stable condition.

A service operation assistant in Tin Shui Wai Hospital today (3rd) did not wear a full face mask while working in the toilet of the second-line isolation ward and was required to be quarantined for 14 days.

In addition, employees of Tin Shui Wai Hospital also had to be sent for quarantine. Yu Huiling pointed out that a service operation assistant had put on protective clothing and N95 masks when working in the bathroom of the second-line isolation ward this morning (3rd). Wearing a full face mask requires a 14-day quarantine to remind hospital staff to wear appropriate protective equipment to protect themselves.

New crown pneumonia | Some sports venues reopen on Thursday, a paper to see the venues and restrictions 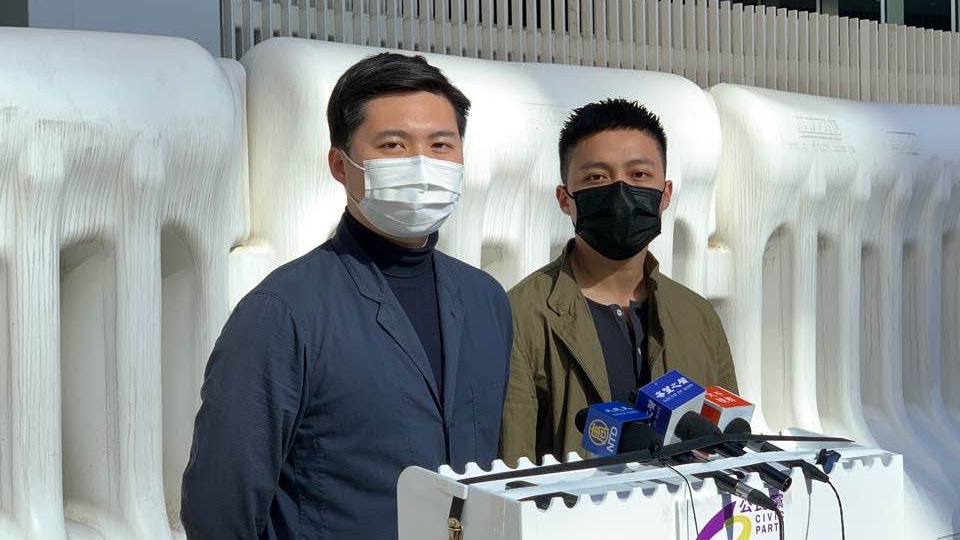 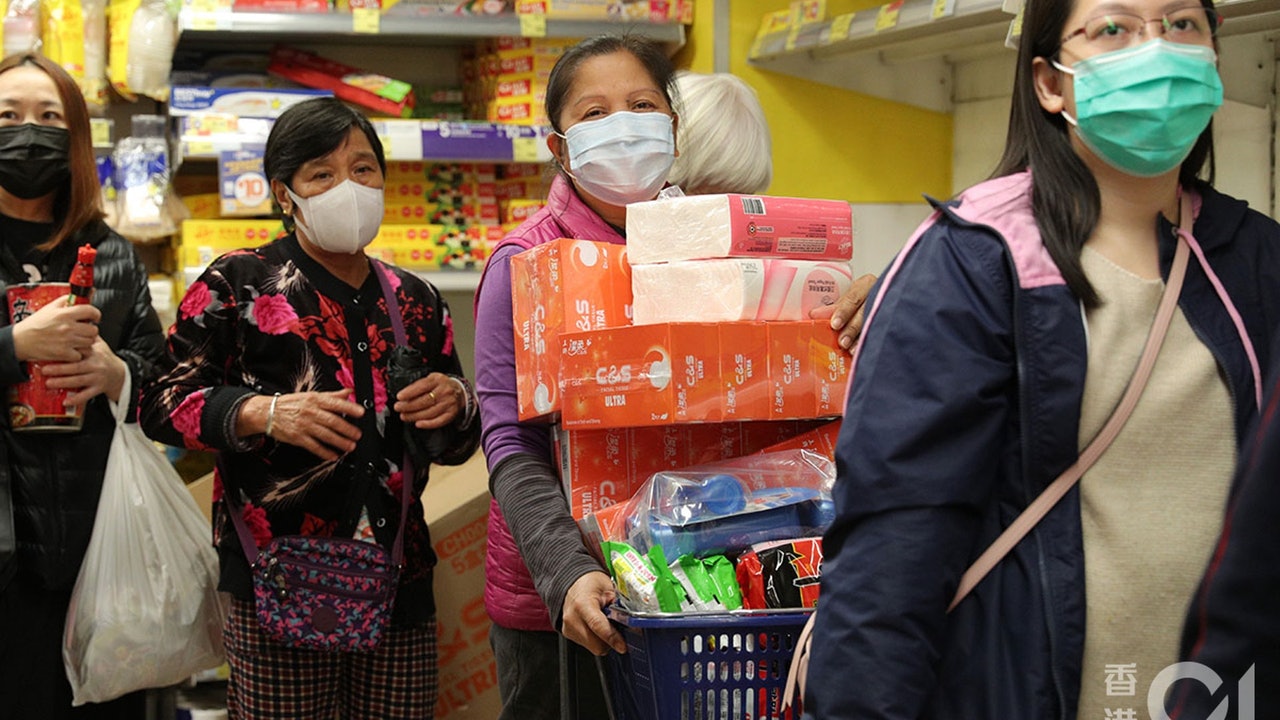 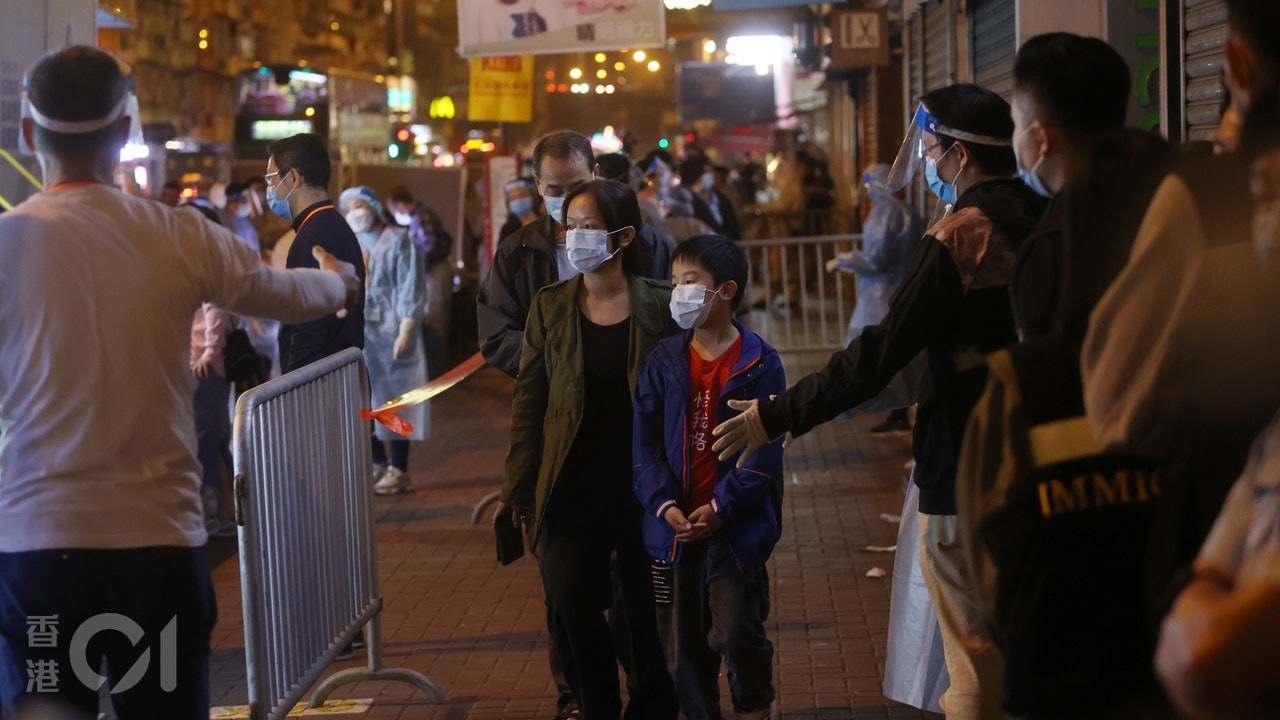 Coronavirus disease. Latest | The government again raided the closure of the three districts of the building residents must be mandatory testing 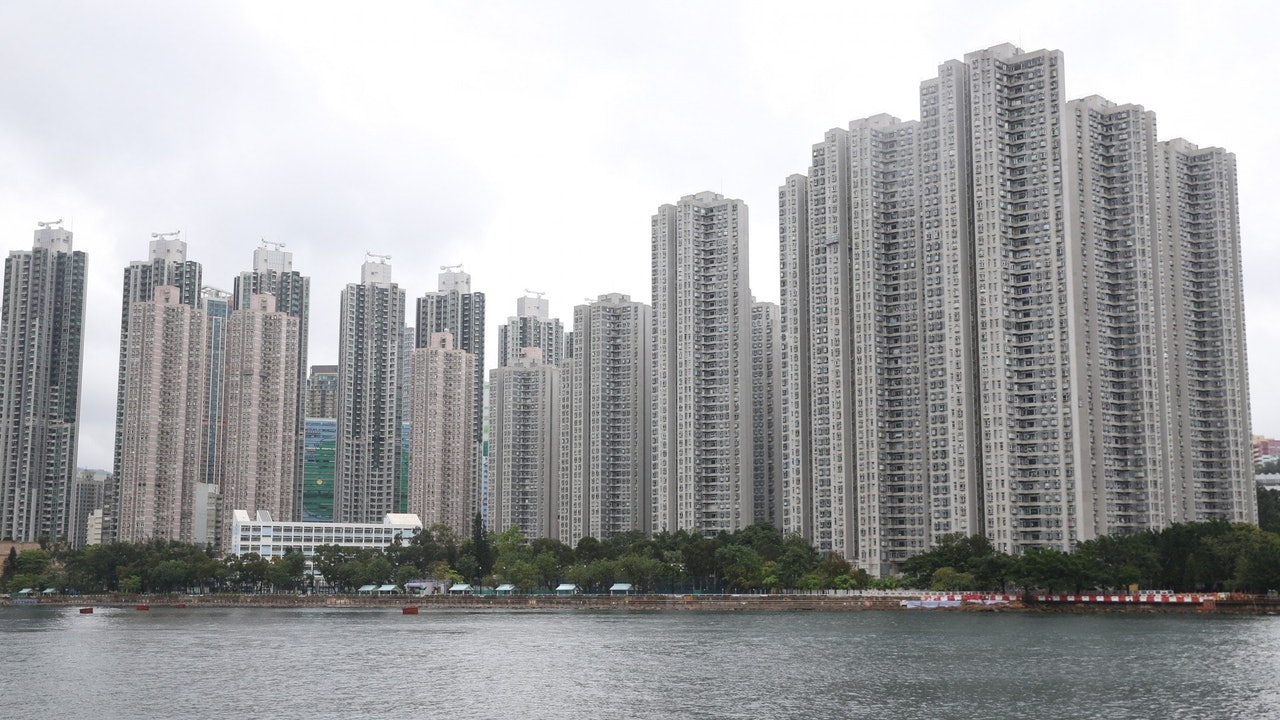 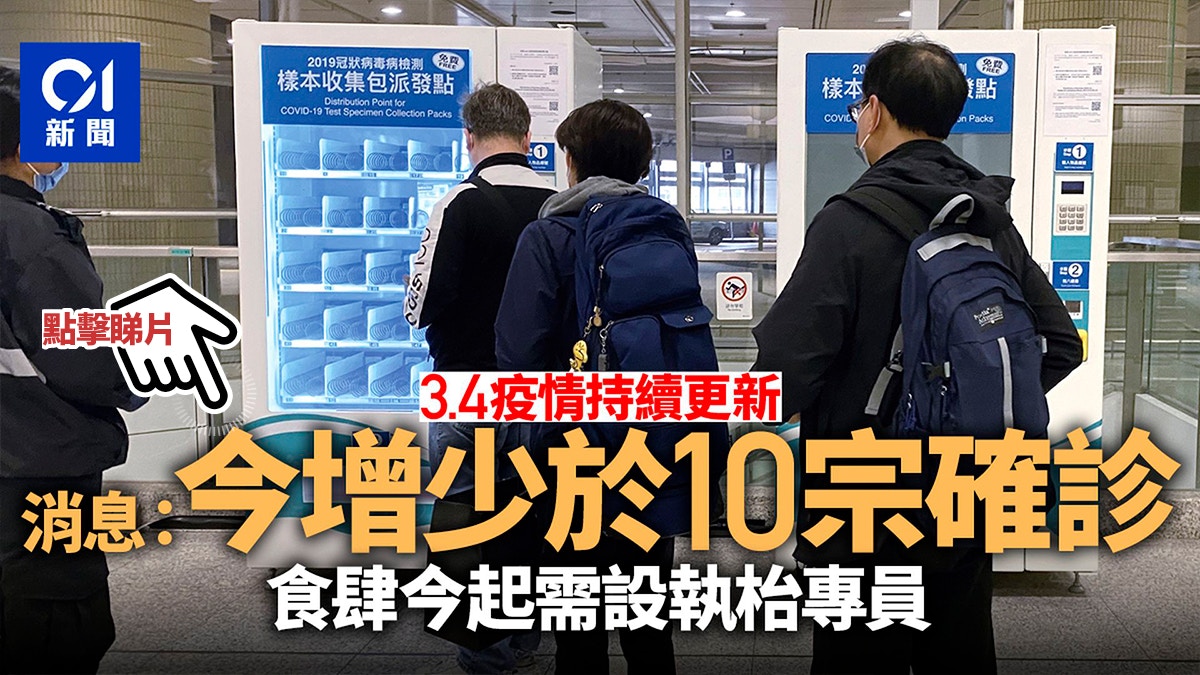