The U.S. Secretary of State has asked the Iranian envoy for the nuclear crisis team to be as diverse as possible, including experts with a variety of approaches to Tehran. The directive points to the administration's attempt to avoid "group thinking" and signal critics in Israel and the Arab world

"Experts with different positions": Blinken wants to build a diverse team to negotiate with Iran

The U.S. Secretary of State has asked the Iranian envoy for the nuclear crisis team to be as diverse as possible, including experts with a variety of approaches to Tehran. The directive points to the administration's attempt to avoid "group thinking" and signal critics in Israel and the Arab world

In the video: Iran announces renewal of uranium enrichment in Purdue to 20% (Photo: Reuters)

The new US Secretary of State Tony Blinkan has asked the new Iranian envoy Rob Mali to set up a negotiating team that will include experts and diplomats with diverse positions on how to deal with the nuclear crisis with Iran - Walla was told!

Senior officials in Israel and the Gulf states have expressed concern about Mali's appointment due to what they defined as a "conciliatory and soft attitude" on his part towards the Iranians.

Blinkan's instructions to Mali indicate that the Biden administration is trying on the one hand to avoid "group thinking" during policy-making towards Iran, and at the same time to signal to its critics in Israel, the Arab world and the US Congress that different opinions and positions will be taken into account.

According to a source close to the Biden administration, Blinken has explicitly asked Mali to include in his staff people with "more hawkish attitudes" on the Iranian issue.

Mali has started setting up the US negotiating team, and once he has finished recruiting the experts and diplomats he will start on a strategy to resume contacts with Iran.

Israeli officials: Netanyahu not interested in immediate confrontation with Biden over Iran, will provide an opportunity for dialogue

Asked to include in the team "those with more hawkish attitudes".

Senior officials in the Biden administration have said that in recent days Mali has begun initial talks with representatives of Britain, France and Germany as well as with officials in several Gulf states and Israel.

According to them, Mali does not yet have contacts with Iran and he wants to first complete the consultations with allies and allies of the United States in the world and in the region.

"Secretary of State Linken is building a dedicated team that will include sober and open-minded experts with a variety of opinions," U.S. State Department spokesman Ned Price told Walla!

"The team will be headed by Special Envoy Rob Mali, who brings with him a reputation for success in negotiations that have placed restrictions and restraints on Iran's nuclear program."

The main controversy: who will take the first step?

Mali was a member of the US negotiating team that drafted the 2015 nuclear deal with Iran.

It is one of the prominent voices calling for the return of the United States and Iran to the original agreement, before the start of negotiations on a new and broader nuclear agreement.

In an interview with Axios a few weeks ago, Mali said that both sides have an interest in returning to the nuclear deal, even before the presidential election in Iran in June.

The Biden government and the Iranian government support a return to the nuclear deal in principle, but the main dispute between the parties concerns the question of who will take the first step.

The United States demands that Iran first return to full implementation of all its commitments under the nuclear deal, and only then will the United States lift the sanctions imposed on it by the Trump administration.

The Iranian position is reversed - first the United States will lift the sanctions, and only then will Iran return to implementing the agreement.

Iranian Foreign Minister Mohammad Javad Zarif hinted in an interview with CNN earlier this week that a compromise may be possible.

He argued that EU Foreign Minister Joseph Burrell, who heads the Joint Committee of all countries that have signed the nuclear agreement, could propose a mechanism to "synchronize and coordinate" the steps the United States and Iran will take.

A hint that a compromise may be possible.

US State Department spokesman Ned Price said President Biden is committed to returning to the nuclear deal if Iran takes the necessary steps.

He said the next step would be for the United States to formulate a new nuclear deal, which would be "stronger and longer-term," and address other issues of concern to the United States, such as Iran's missile program.

However, he stressed that "there is still a long way to go" until Iran reaches a point where it is once again implementing all its commitments.

He said the Iranians needed to take many steps and the United States would have to make sure that did happen.

"In any case we will be very coordinated with our allies and our partnership as well as with Congress," he said.

In recent days, Iran has continued to take steps that violate the nuclear deal.

These are centrifuges that are banned from use under the nuclear deal, and those that are four times faster than the older centrifuges held by Iran.

The Iranians have even announced that they have installed even more advanced IR-6 centrifuges at the Purdue Underground enrichment facility.

Bennett will ask Biden not to withdraw US troops from Iraq and Syria for fear of Iranian establishment - Walla! News Rabiei: The Biden administration continues its failed policy of maximum pressure against the Iranian people

Report: Russia will provide Iran with a satellite that will allow it to spy on bases in Israel - Walla! news

No surprises: Netanyahu also makes political use of the Iranian issue from the opposition - Walla! news

US in message to new Iranian president: You will not get a better nuclear deal even if you harden positions - Walla! News

Israel and the US in talks to hold a meeting between Bennett and Baiden at the White House in July - Walla! News 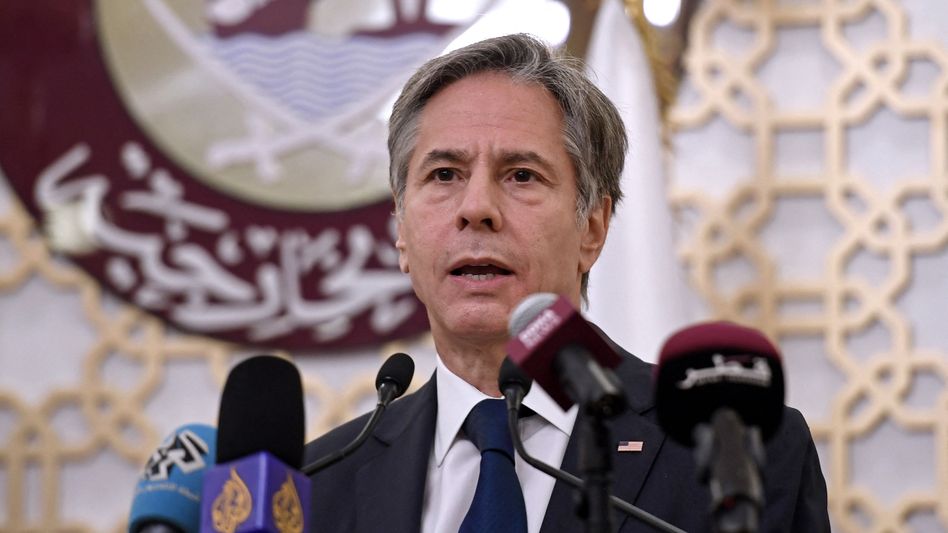 US Secretary of State Blinken: Taliban reaffirm their commitment to leave the country