While the arrival of new inhabitants from the city sometimes causes a cultural shock, the mayors of Ile-de-France and Oise can

A small haven of peace on the border of Yvelines and Eure-et-Loir.

To the north, the trees of the Rambouillet forest, to the south, the fields of Beauce as far as the eye can see.

And in the middle, Saint-Hilarion, village of 1000 souls with a school, rare shops and a 12th century church.

The impression of being in the provinces, 55 kilometers from Paris.

“But here, warns the mayor (SE), Jean-Claude Batteux, it's not just the clean air and the song of birds.

The countryside is also noise.

As in many villages, in Saint-Hilarion, they ring every half hour, and for the prayer of the angelus three times a day.

But the ringing is not to everyone's taste and a month ago, a resident complained to the mayor.

“He explained to me that he couldn't sleep, that it was unbearable and that it had to stop,” recalls Jean-Claude Batteux.

Conciliating, the chosen one tries to find a compromise and decides to stop the noise at night.

Not enough, according to this inhabitant who also wants the stopping of the angelus on Saturday morning.

“I told him about the new law on the sensory heritage of the countryside and the dispute came to an end.

“Since this law, promulgated at the end of January, the sounds and smells of the French countryside can no longer be the cause of complaints for“ abnormal neighborhood disturbances ”.

“The church works mostly for funerals, it would be unfortunate to hear the bells only at these times!

»Breathes the chosen one, living in the village for thirty years.

For him, "in rural areas, bells are part of our heritage".

The disgruntled resident has lived in Saint-Hilarion for a while but the mayor notes it, the arrival of urbanites since the first confinement has reinforced this kind of disagreement between neighbors.

Sixty families from the Paris region, Rambouillet and Eure-et-Loir have settled in the village for four years.

“We are delighted to welcome the new inhabitants but some do not bother to come to the town hall.

And that, in a village, matters.

Because knowing each other helps prevent certain conflicts: “The more people talk to each other, the fewer disputes there are.

Thirty-six families have put their suitcases in Orphin since the first confinement.

Thirty-six families have put their suitcases in the village of 1,000 people since the first confinement.

“Delighted” to see the arrival of couples with young children, the mayor (SE) must also arbitrate more neighborhood conflicts.

A tour of Yvelines and IDF news

When she hears residents complaining about the noise of the harvesters in the fields in summer, it ends up amusing her: “Here, there are farms and in July-August, it is the harvest period.

More than once a month, Janny Demichelis deals with “everyday details”.

Stories of roosters crowing too loud, trees too tall, dogs barking ... After twenty years at the town hall, she is used to the exercise: “Trying to smooth things over is my job.

And then these quarrels "never go far."

Oise: justice asks him to silence Coco, his cock

But sometimes, she admits, "you have to be able to keep calm".

Like last year when a man tries to settle in Orphin but cannot stand the sound of the bells.

After complaining to the town hall, he turned to the parish priest who replied that these "are part of village life".

He ultimately did not buy in the town.

Another time, it's a local resident who no longer tolerates the neighbour's too early rooster.

The mayor explains to him that "in the countryside, there are animals".

When it's too much, she ends up replying: “You should have chosen Larzac.

Because, for Janny Demichelis, "it's a privilege to live here and when you have a privilege, you don't complain".

IN 2008, A ROOSTER CONDEMNED TO DEATH

The affair had been around the world in 2008. It seemed however banal at its beginnings: a resident of Drocourt, a village of Vexin, had complained of the untimely songs of Coco, the cock of her neighbor, a farmer.

But the judge of the Mantes-la-Jolie police court had taken an unprecedented decision: he had asked the owner of Coco to silence his animal within a month.

In case of non-compliance with the decision, the animal had to be killed and the proof had to be provided by a certificate from the mayor of the village.

A death sentence, never seen and which had aroused the curiosity of the media around the world.

Undoubtedly overwhelmed by the scale of the media hype and a possible overturning of the judgment, the magistrate had finally reconsidered the sentence and Coco had saved his head.

Mantes-la-Jolie: the police intervene 96 times for a too noisy cock Cock crow as a cultural heritage: a model for Bavaria too? 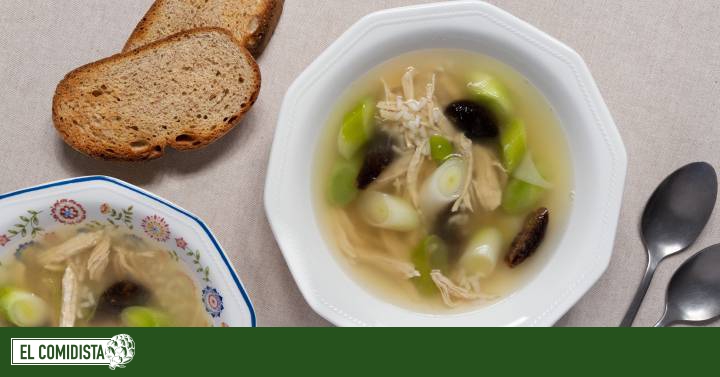 The icon of the Hatikva neighborhood is now making an amazing pita (which is much more important than football) - Walla! Food At least 6 civilians were injured in a car bomb explosion in Jenderes, Afrin region