The recent readings of the political leaders make it possible to understand what are their thoughts and concerns of the moment. Decryption.

In the fall of 2019, the former government spokesperson, Sibeth Ndiaye, immersed himself in “U4”, quadrilogies on a post-apocalyptic world 90% decimated ... by a virus.

A few months later, the Covid-19, very real this one, upsets the planet.

It now interferes on bedside tables or in the reading lights of political leaders without this owing anything to chance, or to works of fiction.

Tell me what you read ... I will tell you what is bothering you, what you are trying to understand or to anticipate.

And first and foremost, this unprecedented crisis.

If Marine Le Pen has read "I will never deceive their trust" sent to her by its author, the anesthesiologist-resuscitator and elected LR Philippe Juvin, the ecologists Yannick Jadot and Eric Piolle, rivals in the presidential election, but also Xavier Bertrand, have opted for "Where am I?"

Lessons from confinement for terrestrial use ”by sociologist Bruno Latour.

"A reflection on a return to basics in view of the times of change that we are currently living," explains the EELV mayor of Grenoble.

Either we experience them as a time of restriction and oppression, or they allow us to move.

"The general delegate of LREM Stanislas Guerini has set his sights on" Inconfinables?

The homeless facing the coronavirus "by sociologist Julien Damon, with whom he notably discussed the issue of" young capital ".

On the right, the crisis is also identity and civilization.

The president (LR) of Auvergne-Rhône-Alpes Laurent Wauquiez was passionate about "The dream of assimilation: from ancient Greece to the present day" by Raphaël Doan, which shows that "Rome is freaking out when she renounces assimilation ”with the edict of Caracalla.

The former president of LR also read Laurent Binet's uchronia “Civilizations”, which imagines Europe invaded in the 16th century… by the Incas!

“Clash of civilizations” also for the patron of senators LR Bruno Retailleau with the famous book by Samuel Huntington.

"It is a book which has been caricatured but which is anticipatory on the arrogance of the West, the assertiveness of China and the intolerance of Islam and which makes it possible to understand the shift in the world", he slips.

Jean Castex, for his part, is reading “The Prophet and the Pandemic”, sent to him by Gilles Kepel and in which the Islamologist develops his concept of “atmospheric jihadism”.

Valérie Pécresse devoured “The conquered territories of Islamism” by sociologist Bernard Rougier, which the Ile-de-France region helped to finance.

To understand "the mechanisms at work in Islamism and populism, in particular the role of economic insecurity", the ecologist Yannick Jadot was interested in "Islam, a French religion" by Hakim El Karoui just like in the collective work “The origins of populism”.

A populism that calls out to many politicians.

Besides Laurent Wauquiez, a history buff, who read “When Rome invented populism” (again by Raphaël Doan), the LREM MEP and adviser to President Stéphane Séjourné, is working on reading the “Century of populism ”by Pierre Rosanvallon.

"It's a good synthesis to understand the ideology behind this term, which has become, by dint of using it, an overused and eroded expression," he explains.

Head of LREM's ideas department and Secretary of State for European Affairs, Clément Beaune has just finished “The Heart of England” by Jonathan Coe.

A fiction certainly, but "which tells about the British unease at the time of Brexit".

From these readings which give "food for thought on the errors of history, political errors, the fragilities of society, the fragility of Europe".

A discomfort that Bruno Retailleau and Xavier Bertrand analyze through “The time of ordinary people” by geographer Christophe Guilluy, a must on the right.

An “original analysis”, according to Retailleau, on the “divorce between the elites and the middle class”.

In this troubled world, Valérie Pécresse wonders about the role of politics by reading "How to govern a king people?"

»By the philosopher Pierre-Henri Tavoillot.

A political art treatise which “explains how to convince in a very complicated democracy where every citizen is a thinker via social networks”.

Waiting on his bedside table, “Infantilization”, of the liberal Mathieu Laine who questions the role of the State.

Convinced conversely that "we have arrived at the end of a neoliberal cycle", Jean-Luc Mélenchon plunged into "L'Entraide, the other law of the jungle" by Pablo Servigne and Gauthier Chapelle.

The LFI leader finds there new reasons to believe that faced with "the law of the strongest", altruism, cooperation, solidarity and even kindness are the only values ​​likely to serve as a basis for a new world.

Latest safe bets for the politicians, memories and biographies of their illustrious ancestors.

If the Minister of the Interior Gerald Darmanin opted for those of his distant predecessor, Jean-Pierre Chevènement, "Who wants to risk his life will save it", the socialist Anne Hidalgo, like Eric Piolle, chose those of Barack Obama.

"He is not a single man," notes the socialist mayor of Paris, "he needs to be in a collective to build his political project."

As for François Bayrou, he has just finished those of… Leon Trotsky.

"It's as strong as a novel, incredibly revealing on what a revolution is and how revolutionaries are marginalized and rejected by more tactically skilful people ...", breathes the president of the Modem.

"I am marked by the hallucinating loneliness of De Gaulle and his magnificent way of reversing the course of history between 1942 and 1944", he confides.

To try to echo its own trajectory? 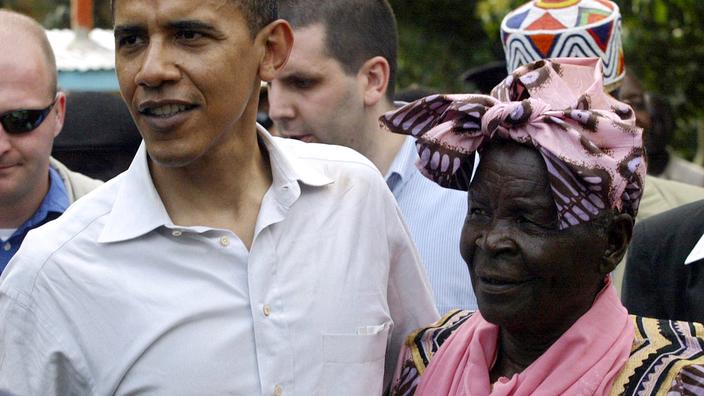 Sarah Obama, the Kenyan "grandmother" of the former US president, dies 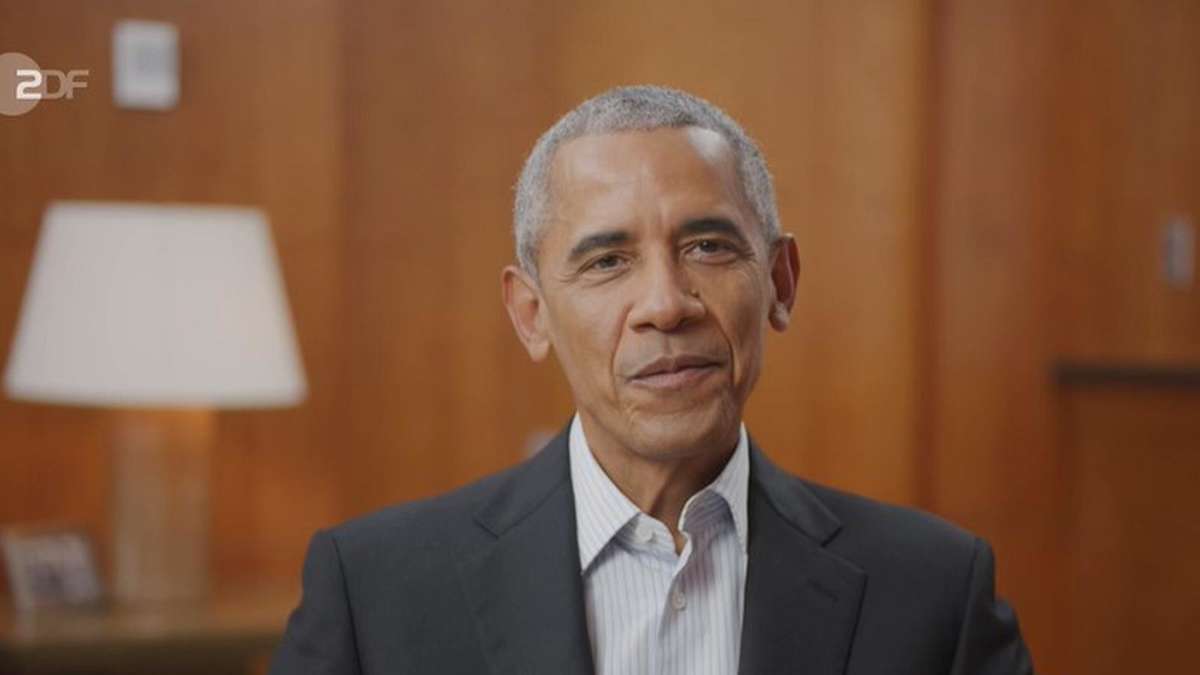 Barack Obama: Life and Career of the US President 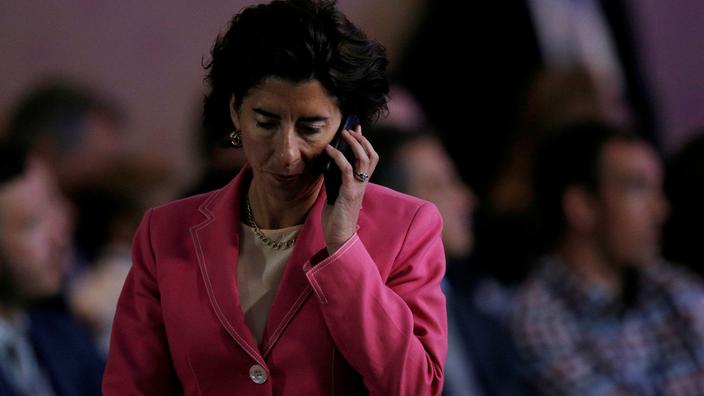 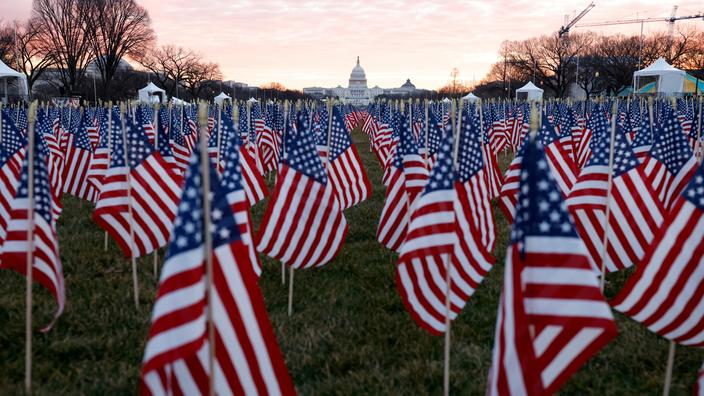 United States: five things to know before the inauguration of Joe Biden