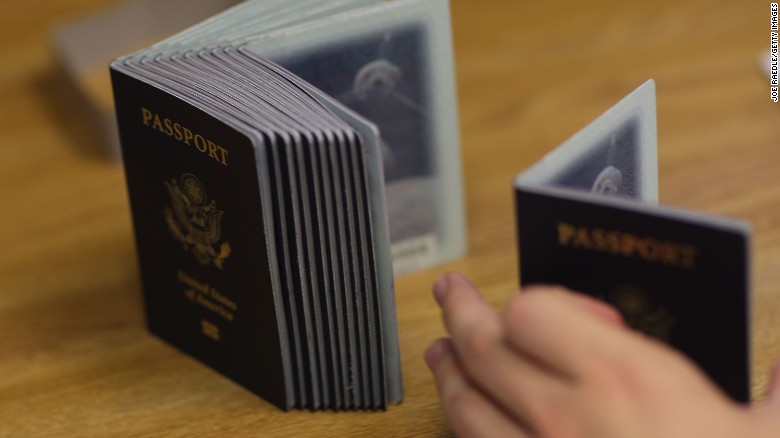 Here you can take a look at visas, travel documents for people visiting or moving to the United States.

LOOK: Consular registration: what is it for the undocumented, how it is obtained, which countries give it and why it is important

A visa is a travel document, put into a passport, that grants citizens of foreign countries permission to enter the United States for a specific purpose, be it a business trip, family vacation, or a student exchange program.

Unlike passports, visas are issued by the country that a traveler intends to visit.

There are dozens of different types of visas that cover a variety of travel purposes and countries of origin.

A visa, approved by a consular officer in the traveler's home country, does not guarantee admission to the United States.

Officials from the U.S. Customs and Border Protection (CBP), on behalf of the Department of Homeland Security (DHS), may deny permission to a traveler to Entering the United States for a variety of reasons, even if the person has a valid visa.

LEE: The US withdraws visas from Colombian magistrates and the policy between the two is tense

Visitor visas can be used for multiple trips to the United States as long as the visa is valid.

CBP determines the length of stay for each visit.

With most tourists and business travelers, the maximum length of stay per trip is six months.

Visitors must return home at the end of the approved length of stay, unless they have been granted an extension by the United States Citizenship and Immigration Services (USCIS).

According to DHS, the suspected overage rate for international business travelers and tourists was 1.21% in 2019. That is estimated at 676,422 long-stay events.

LOOK: The State Department asks for information from the social networks of "the majority" of visa applicants

The Department of State and DHS (CBP and USCIS) oversee different aspects of the visa process.

After submitting the form, applicants should call the nearest embassy or consulate to schedule an interview.

Some non-immigrant visa applicants may have to pay an additional fee when their documentation is approved, depending on their nationality and the fees imposed by their home country on travelers from the United States.

This is called the principle of reciprocity.

The United States has a Visa Waiver Program.

People from 38 participating countries, including the United Kingdom, France, Japan, Australia, and Chile, can travel to the United States for tourism or business without a visa.

The exemption only covers stays of 90 days or less.

There are more than 20 major categories of non-immigrant visas, covering different reasons for traveling.

B-1 / B-2 - These are visitor visas for travelers coming to the United States for business (B-1), tourism / vacation (B-2), or a combination of both.

F-1 / M-1: This visa is for students who come to the United States to attend an elementary school, university, seminary or other type of academic institutions.

Students have 60 days to leave the United States after completing their studies.

MIRA: Latin America, Europe and the Caribbean: some of the destinations to which Colombians can travel without a visa

Cultural exchange categories include academics, interns, teachers, seasonal workers, au pairs - a young foreign person, typically a woman, who helps with housework or childcare in exchange for food, a room, and some pocket money - and professional apprentices.

C-1 / D: This visa is a combination crew member / transit visa, issued to airline and cruise ship employees whose jobs include continuous travel in and out of the United States.

The C-1 visa is a transit visa, while the D visa is for crew members.

Both visas are required for workers coming from other countries to work on a ship or plane based in the United States.

H-1B - This visa is for skilled workers, highly skilled professionals in fields including engineering, technology, medicine, and higher education.

There are three subcategories of H-1B visas.

The H-1B1 is a free trade agreement visa for specialized workers from Chile and Singapore.

The H-1B2 is for specialists who will work on projects for the Department of Defense Cooperative Research and Development program.

The H-1B3 visa is for fashion models of "distinguished merit and ability."

LEE: Who are the foreigners who stay the most in the US after their visa expires?

(They are not the Mexicans)

The immigrant visa application process begins with a petition, which must be approved by the United States Citizenship and Immigration Services.

Once the petition is approved, the applicant pays the fees and submits documentation to the National Visa Center.

After submitting the documents, an interview with an official from the nearest U.S. embassy or consulate is scheduled.

At the end of the interview, the applicant is informed whether their visa has been approved or rejected.

The Department of State issues an unlimited number of visas to people who have a close family relationship with a US citizen.

LOOK: Trump government seeks to block visas and green cards for those who are prone to use certain public benefits

These visas are for spouses.

An immigrant who has been married to a US citizen for less than two years is a conditional resident, with a CR-1 visa.

This visa is for unmarried children (under 21 years of age) of US citizens.

These visas are for orphans who are adopted abroad by US citizens.

this visa is for orphans who are brought to the United States and the adoption process takes place in the country.

These visas are for parents of US citizens 21 years of age or older.

The Department of State issues a limited number of visas for people who have more distant family connections with US citizens.

Family sponsored preference visas can also be issued to relatives of individuals who are lawful permanent residents (green card or LPR holders).

This visa is for unmarried sons or daughters of US citizens and their children under the age of 18.

This visa is for spouses, minor children, and unmarried sons and daughters (21 years of age or older) of LPR or green card holders.

These visas are for married sons and daughters of US citizens and their spouses.

F3 visas can also be issued to grandchildren of US citizens under the age of 18.

This visa is for siblings of adult United States citizens and their spouses or minor children.

Diversity visas are available to people living in countries with low rates of immigration to the United States.

These visas are awarded through a lottery system.

Countries eligible for diversity visas are grouped into six regions.

An individual living in a country not included in the diversity program may qualify for the lottery if his or her spouse was born in one of the eligible countries.

Diversity visa applicants must have a high school education or at least two years of qualified work experience.

LEE: The cases of immigrants who die in US custody continue to increase.

In most cases, the potential employer files an Immigrant Petition for a Foreign Worker on behalf of the applicant.

In some cases, an applicant who does not have a specific job offer may petition on his or her own behalf.

There are five categories for these visas.

priority workers qualify for this visa.

Priority workers include people with "extraordinary ability" in science, the arts, business, or sports;

world-renowned professors and researchers, and managers or executives of foreign affiliates of US-based companies.

Applicants who have advanced college degrees or "exceptional skills" qualify for this visa.

E2 visas are for highly qualified professionals or those with "exceptional ability" in the sciences, arts, or business.

Most people applying for E2 visas must have a work certificate approved by the Department of Labor.

In general, employers file petitions on behalf of workers.

In some cases, however, applicants with "exceptional ability" can apply for a visa on their own.

LOOK: The doctor who helps undocumented immigrants who work in the fields

This visa is for skilled and unskilled workers, as well as professionals who have at least a four-year college degree.

All applicants must have petitions submitted by their prospective employers, as well as a work certificate approved by the Department of Labor.

This visa is for special groups of immigrants who can apply for a visa without obtaining a labor certification.

The E4 subgroups include members of the clergy, US government employees abroad, and immigrant broadcasters.

This visa is for foreigners who invest capital in business in the United States.

The minimum investment is 1 million dollars for the visa.

Also foreigners who invest in a commercial company, in certain specific geographic areas with high unemployment rates, can obtain a visa for an investment of $ 500,000 as a measure to create employment.

Special immigrant visas are granted to various subgroups, including Iraqis or Afghans who worked on behalf of the government, Iraqi and Afghan translators, and green card holders who return to the United States after spending a year or more in the United States. Foreign. 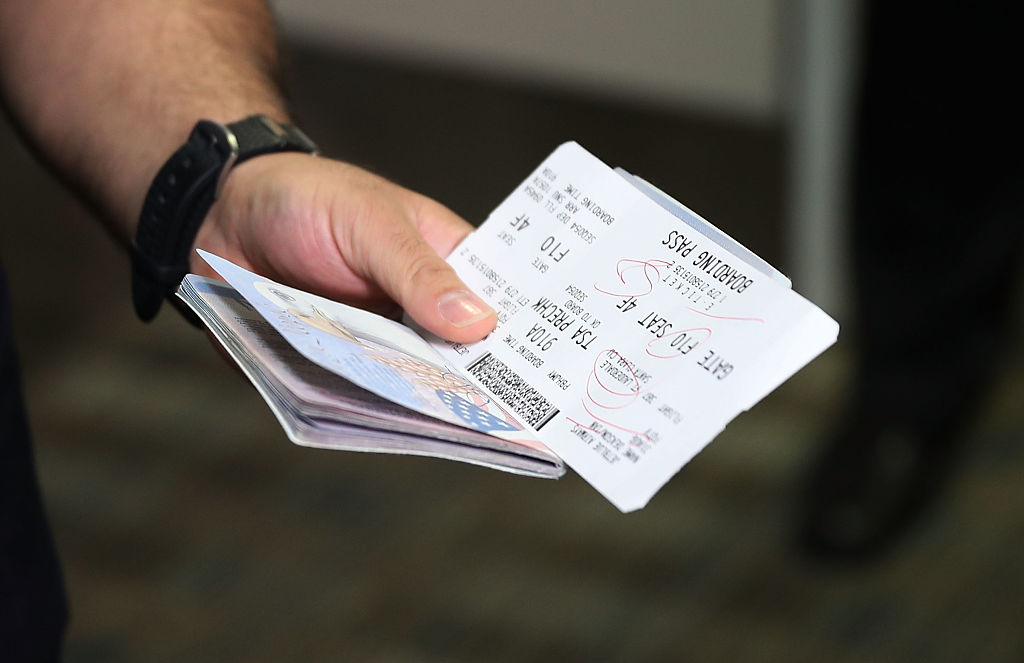 Tourist visa for the United States: how much does it cost and how is it processed? 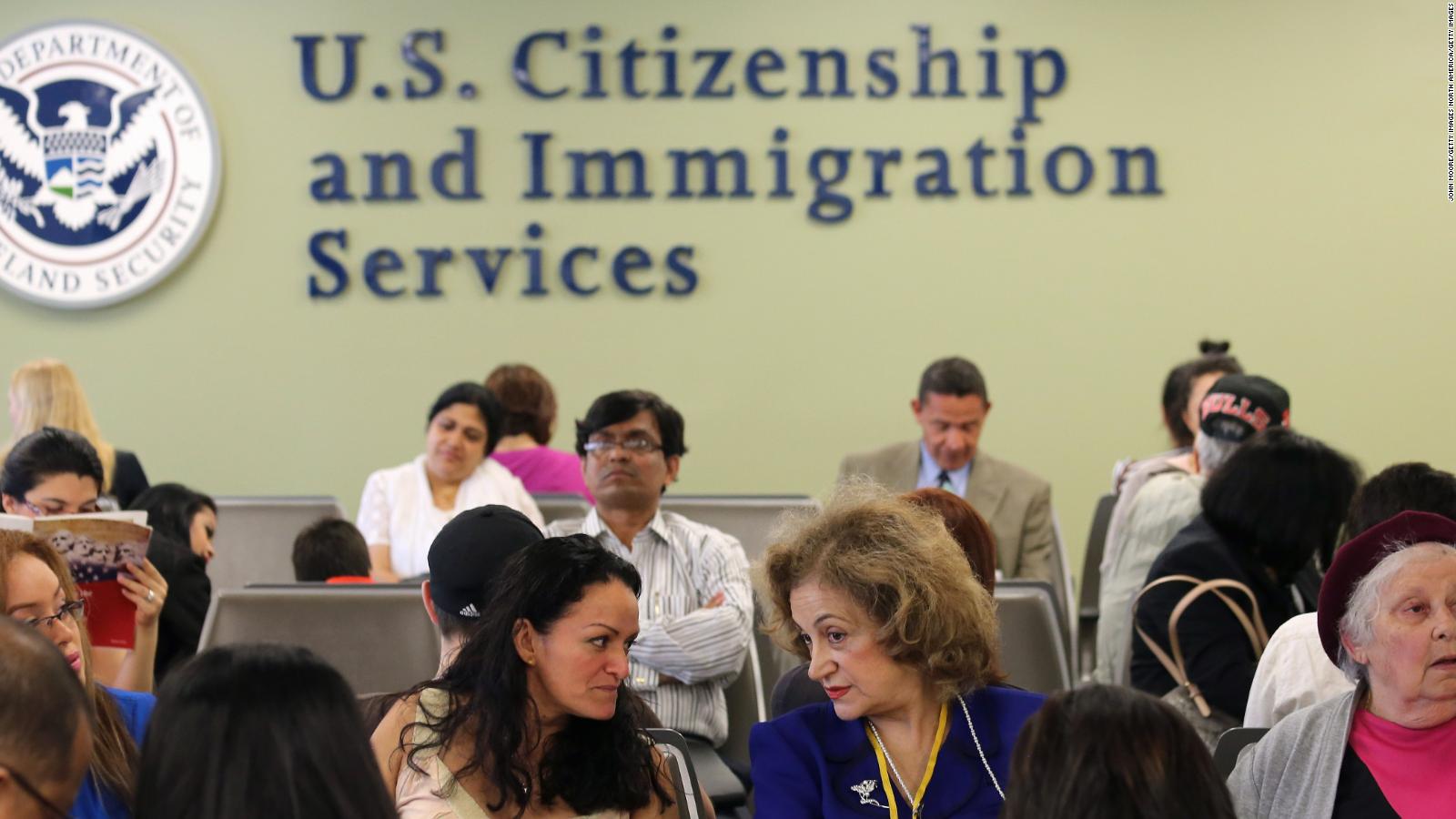 How to check your immigration status with the USCIC web tool 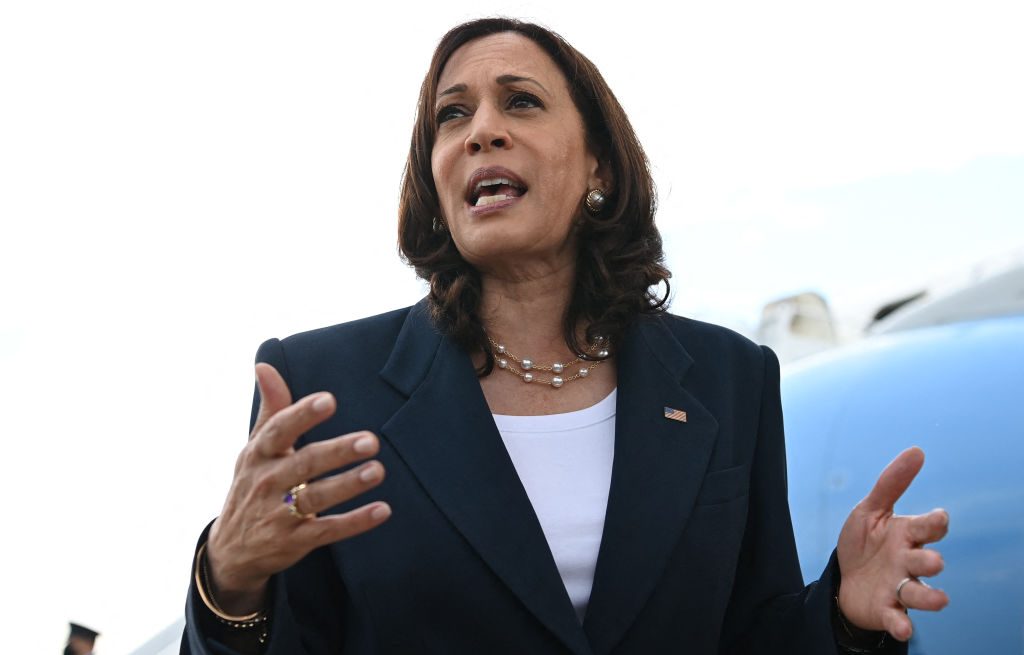 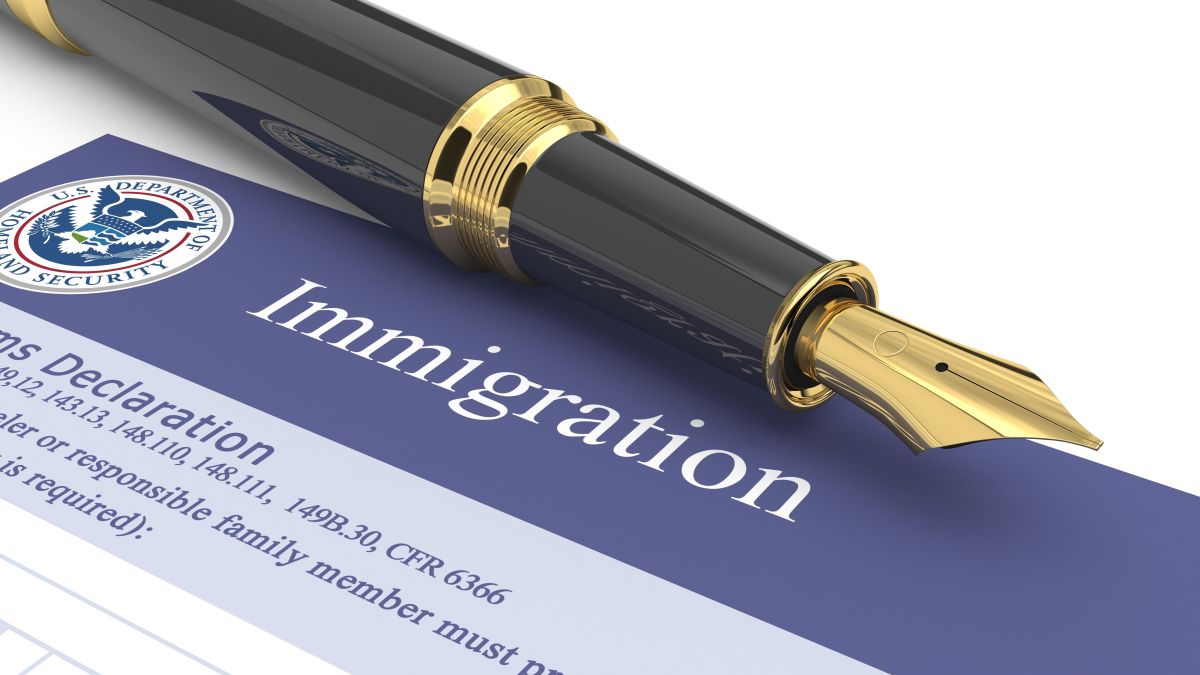 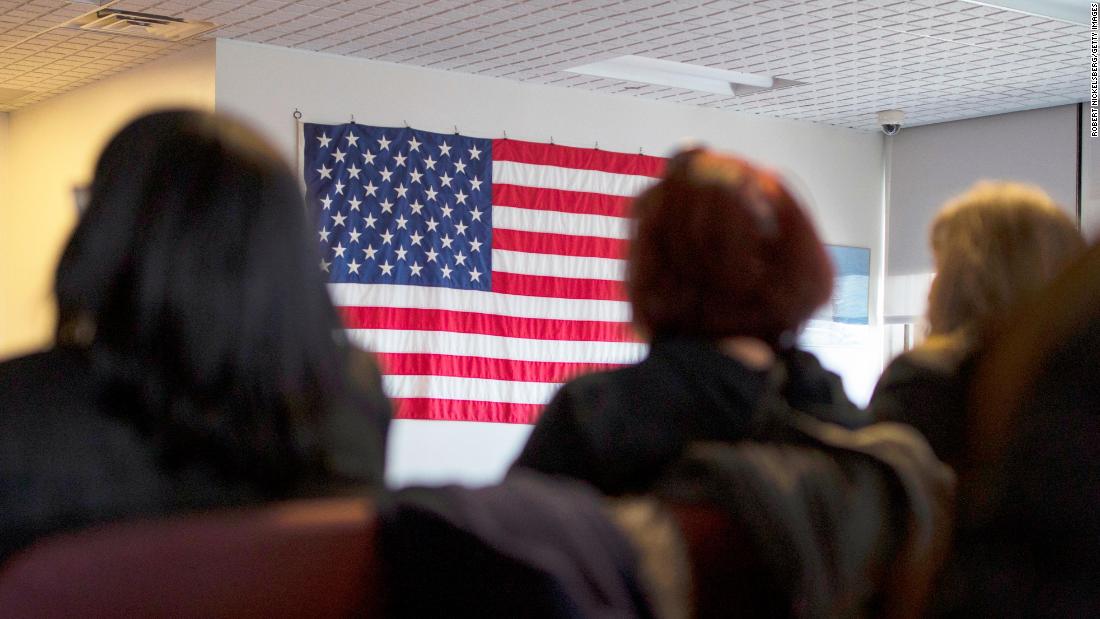 I am a citizen in the United States, can I ask my parents?