Turn around ... and leave Spain

Faced with the economic crisis derived from the pandemic, the return of migrants to their countries of origin is skyrocketing: up to 1,580 have returned in the last year. Sandra, Esther and Brayan are three of them 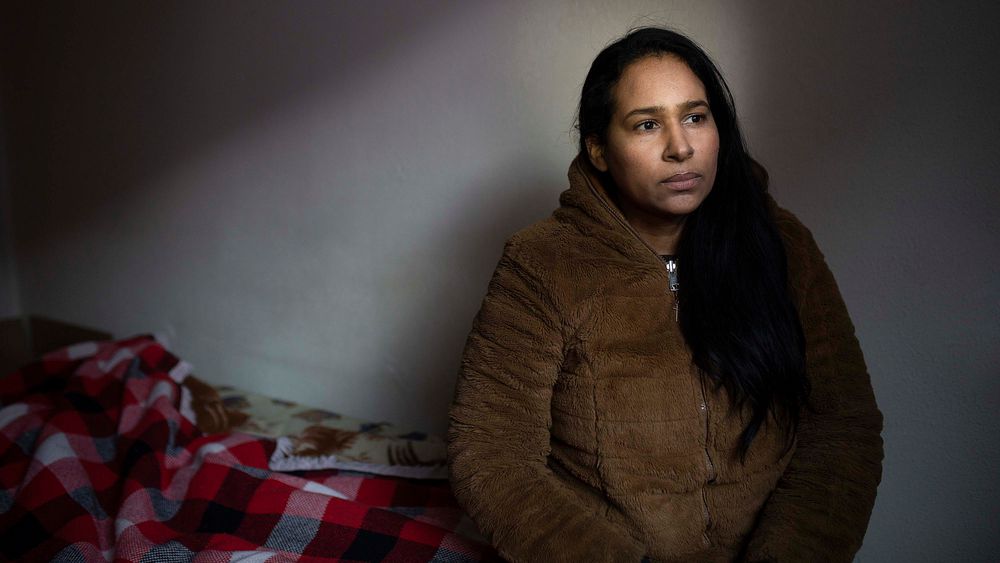 Note to readers: EL PAÍS offers the Future Planet section openly for its daily and global contribution to the 2030 Agenda. If you want to support our journalism,

"It was no longer nice to live there."

It is the answer given by Sandra Arequipa when asked why she thought of returning to her country, Ecuador.

He had already lived 20 years in Madrid and been through a lot.

She got papers very early, changed the cleaning of floors for a job in a supermarket, took a mortgage, reunited her two daughters, met a man, had a third child.

But bad weather arrived and he lost a relative in the Barajas attack and saw a sister die, was a victim of mistreatment, had to send his daughters back to Ecuador, suffered depression, stopped having a stable job, no he was able to pay the mortgage, he faced eviction ... When the pandemic hit, he was low, living off the solidarity of an organization.

The last thing this 43-year-old mother and her 15-year-old son faced in Spain was the coronavirus, which reached the apartment they shared with seven other people and fell ill.

—They called me right at the beginning of the pandemic and a girl from the Rumiñahui association asked me if I wanted to return to Ecuador.

I answered yes, that all I wanted was to be taken to my country, that I wanted to see my daughters, my parents.

With that yes, Sandra and her son were included in the productive return program that provides financial aid to migrants who decide to return to their countries of origin.

They received the tickets, some cash and the approval of a small capital, just over 4,600 euros, to open a food store in their hometown, Latacunga.

They arrived in Ecuador last July and instead of the store, which there are already many, they decided to build a small chicken farm on family land.

During the interview for this report, 2021 begins and he has the first two buckets of eggs in his hands.

The Ministry of Inclusion, Social Security and Migrations reported that 1,376 foreigners returned to their countries of origin during the year of the pandemic thanks to some of the Government's return programs, while only in the first six months of 2020, more than 90,000 left in total, with or without aid, according to the National Institute of Statistics (INE).

The total financial support granted to those who did benefit from it was around 3.5 million euros.

“When economic crises come, the situation of return shoots up.

People who are on the edge fall into a situation of extreme vulnerability ”, says Vladimir Paspuel, president of Rumiñahui.

"Before March four or five people signed up every month, when the pandemic came we had six or seven calls a week."

They are people who are between 40 and 50 years old, who have not had a job stability and some have fallen into the supervening irregularity because they have not been able to renew their residence permits.

Esther Villazón returned to a small town near Valledupar, Colombia, in mid-January, after living a year and a half in Puerto Sagunto, Valencia.

During this time, he was unable to get papers and kept a job in a hairdresser that stopped receiving clients during the pandemic.

—It was like two months in the house, what I had stored there I was sending my children.

I used to send them 50 euros a week, ”says this woman, just one day before taking a flight to Colombia.

—The euro —she lets go without thinking much— “Spain is a blessing, here you earn well and you put the fridge to burst.

There we earn little and food is more expensive.

Also in the port of Sagunto I never heard that someone was killed.

The first days I heard firecrackers and felt like someone was being killed.

In my town, when you hear that, you see that one or two are lying on the ground.

It is nervous there, it is scary to live.

"That my children are not here."

Her three children weighed in on the 40-year-old woman's decision to return.

The youngest, 16 years old, spent a few months in Spain and went to high school, but the other teenagers pushed her away, put her in the ugly group, according to her mother, and she never wanted to go back to school;

shortly after he asked to return to his country.

Esther's plan with the return money, 5,000 euros, is to open a hairdresser and sell cosmetology products.

She has dreamed of that since she was 18 years old and began to tend to her neighbors at home, with a sink, a chair and a mirror.

During those first days of January, Brayan Ibarra, a 25-year-old young man who came to try his luck in Spain two days before the confinement, also returned to Colombia.

As he did not have enough money to pay for a hotel, he had to take refuge in the Remar shelters.

He was in the houses of Madrid and Alicante of this organization, he submitted to the strict rules that they have for people with addictions who come to these places, but he could hardly leave, he went to Lorca with other migrants he met on the way.

He worked for a few days in the fields until immigration controls drove him away.

He returned to Madrid and sought accommodation in other shelters.

There he heard for the first time about the aid for the return and in a few weeks he presented the project of opening an eco-sustainable bar in his city, Villavicencio, and obtained the financial subsidy to return.

“There were days when I cried, I thought what am I doing here, why did I come here, what am I going to do next… I didn't tell my family details, but in the end it was good for my life to have been here.

I got to know the sea, I went to the Mediterranean, it was cool to be here ”.

But there will be fewer and fewer stories of return that can be told and more of exclusion.

With the money cut in the call for this year they will not be able to meet all the demand for return.

The waiting lists of migrant organizations are beginning to swell.

Rumiñahui had 120 Ecuadorian applicants seeking to return in January.

"In the majority group are Colombians and followed by people from Honduras who have entered Madrid in the two years prior to the pandemic," says the president of the entity, Yolanda Villavicencio.

"When there is a reduction in budgets, the first ones that are taken away from us are the migrant associations," denounces Villavicencio.

“We have expressed our disagreement, but there has been no response.

There is a complicated situation regarding the emergency posed by the consequences of unemployment, of the administrative collapse to deal with renewals of work permits and asylum applications ”.

For your representative, this does not solve anything.

“With the social return we see that it is to throw them into a more critical life situation than here.

That is why many people end up regretting having returned and looking for a way to emigrate again ”. 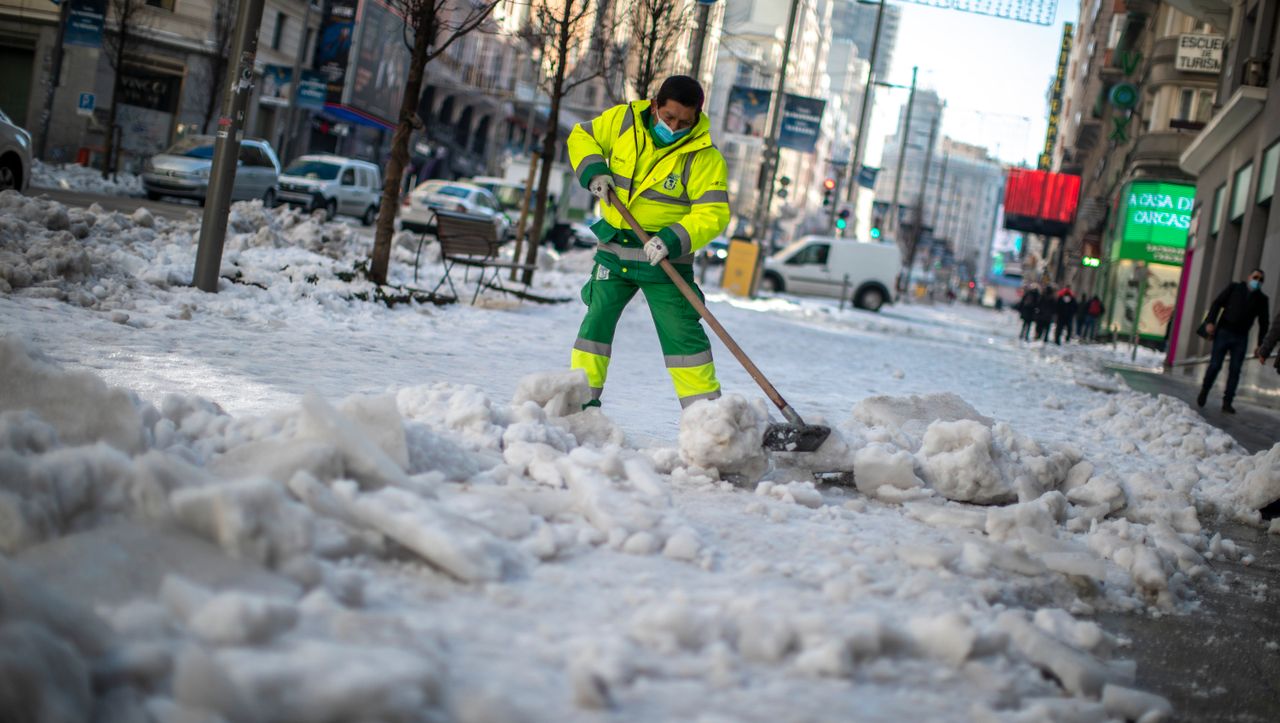 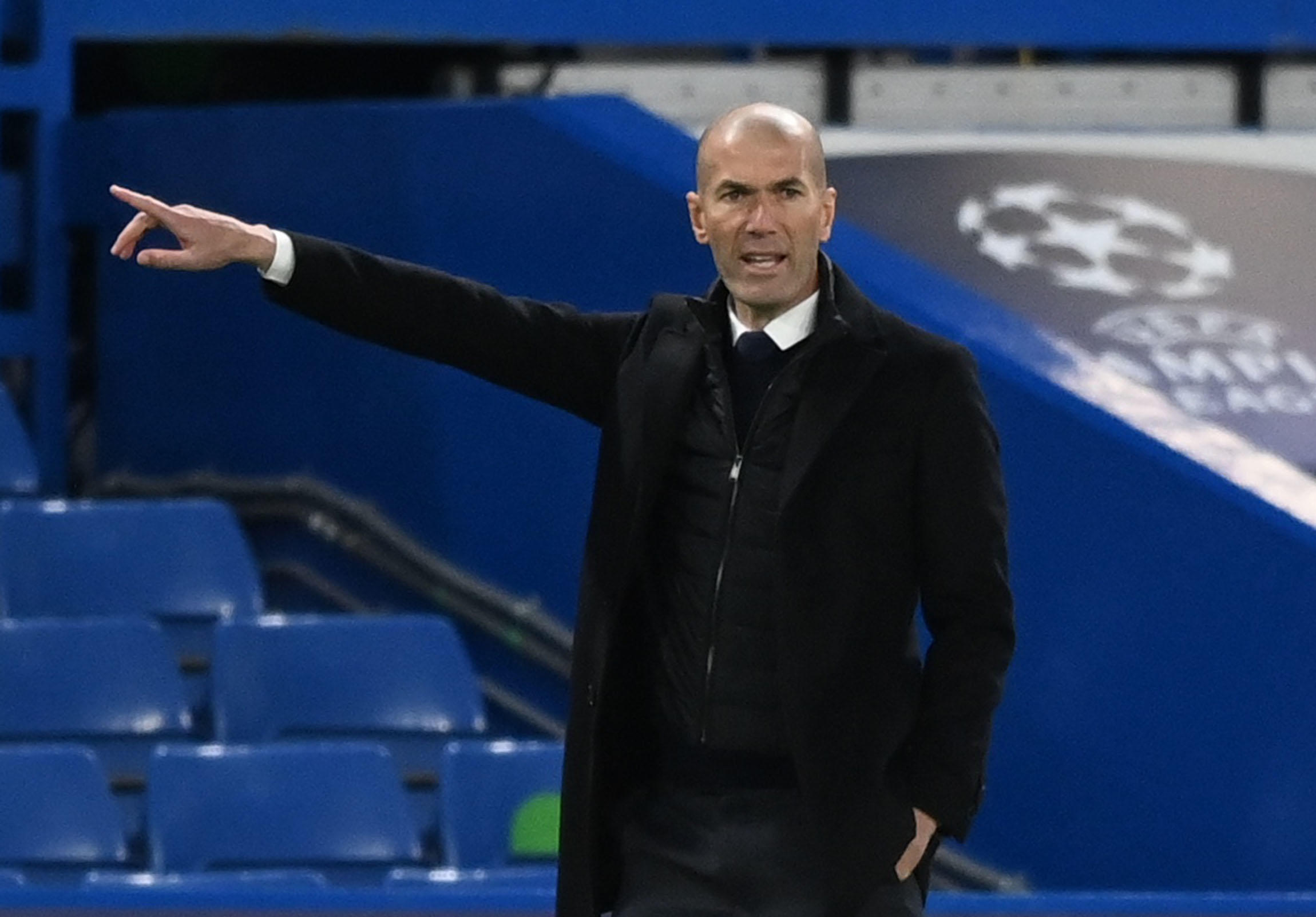 Real Madrid: why Zinédine Zidane could slam the door Snow chaos of the century in Spain: four dead - reports of a "dramatic night" - there is a threat of further cold snap 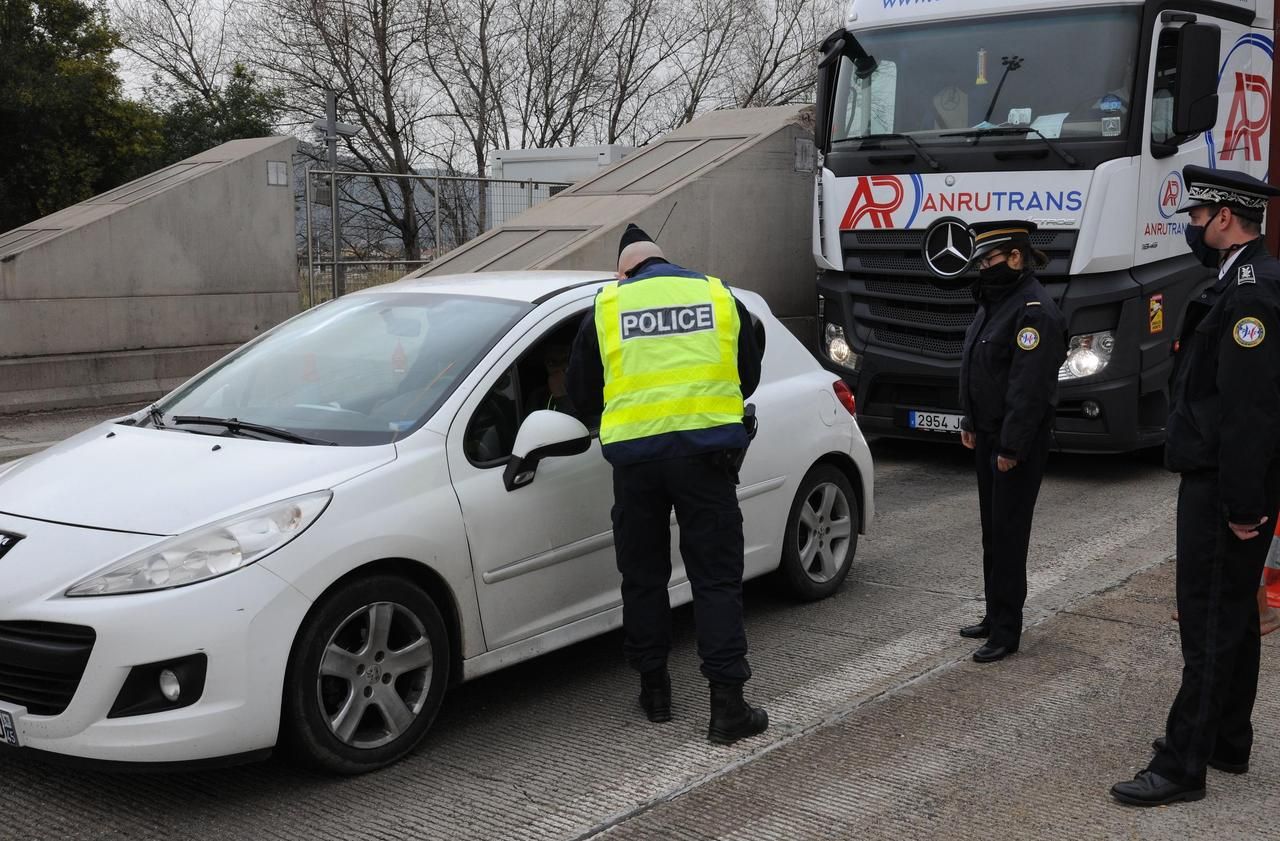 Covid screening: numerous checks at the Franco-Spanish border at the start of the holiday

Four dead after the snow chaos of the century in Spain: Now another cold snap threatens 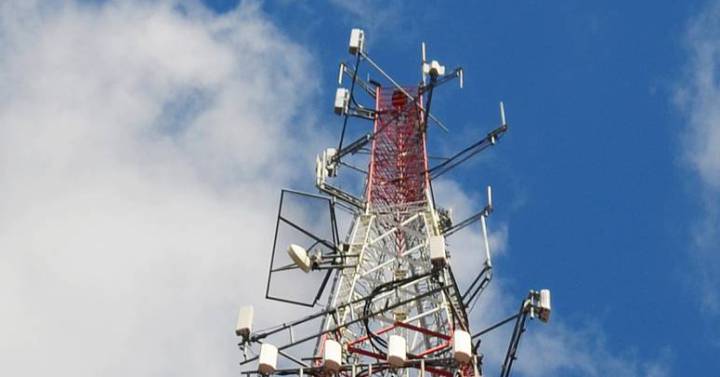 Orange launches its towers subsidiary and charges against the Cellnex model

With deconfinement, the French are back in travel guides 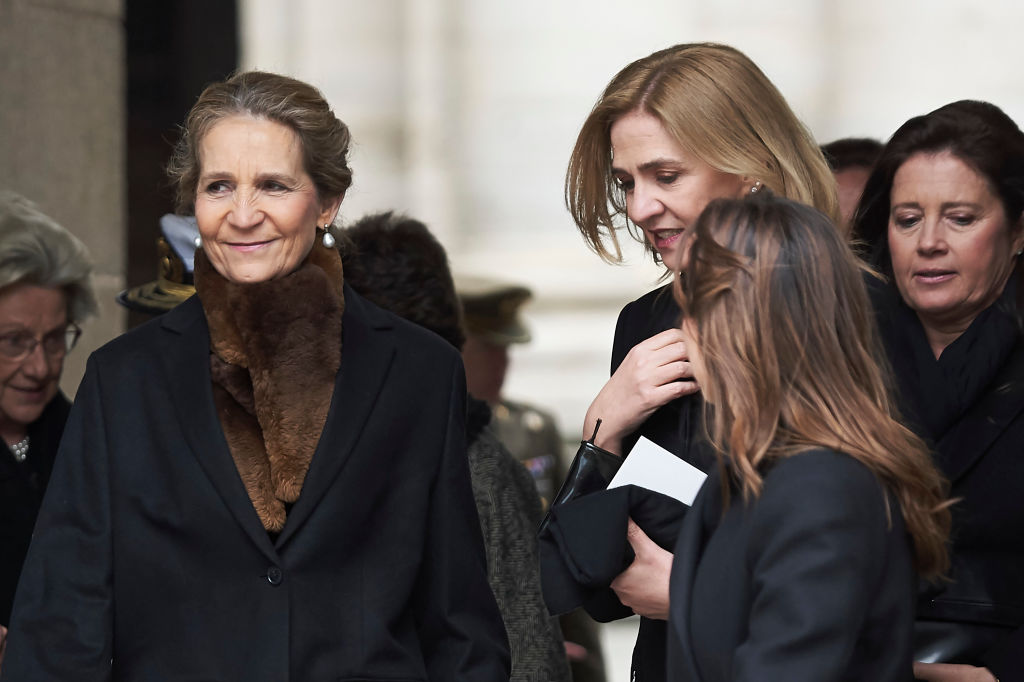