Financial Secretary Chen Maobo announced today (24th) the new issue of the "Budget". The unemployment assistance payments that are of concern from all walks of life continue to "fail," and the government instead launched the "100% Guaranteed Personal Loan Scheme" 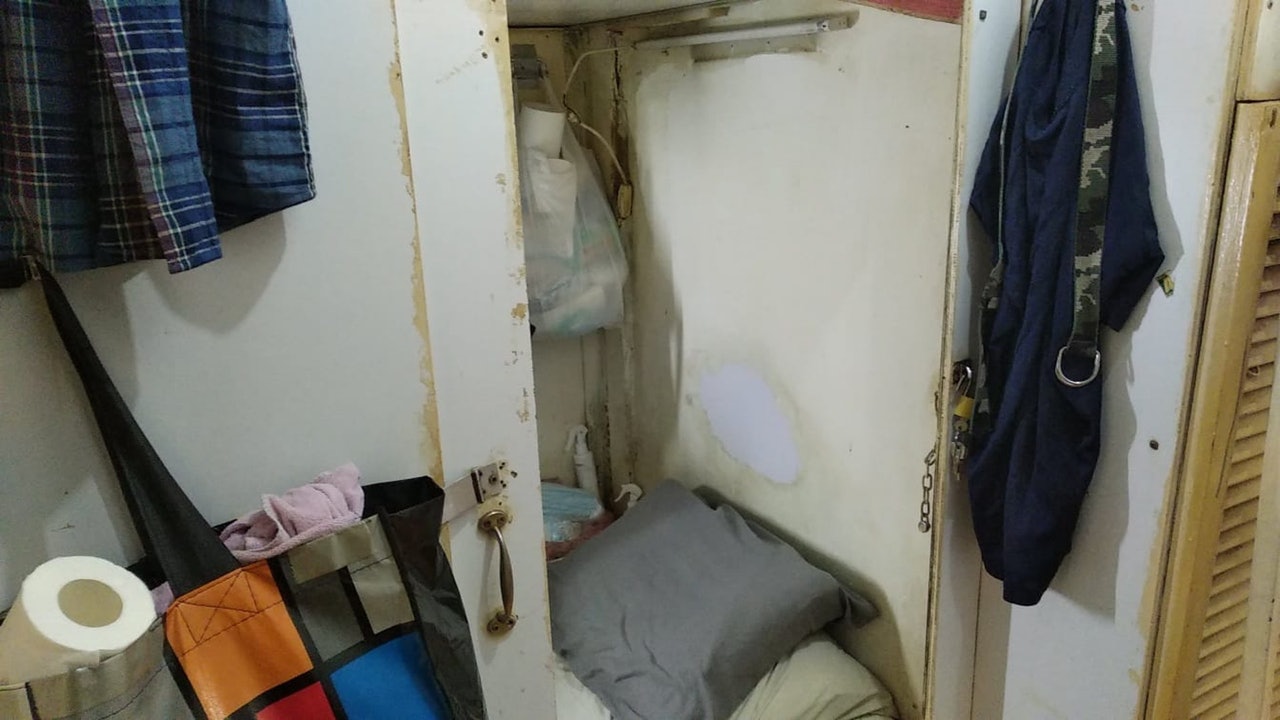 The Financial Secretary, Chen Maobo, announced today (24) the new issue of the "Budget". The unemployment assistance payments that are of concern from all walks of life continue to "fail." Instead, the government launched the "100% Guaranteed Personal Preferential Loan Scheme." You can apply if you show proof that you have been unemployed for more than 2 months. The upper limit is 80,000 yuan, hoping to help the grassroots.

However, some unemployed people living in cubicles criticized that the measures did not help much, and asked, "Should you pay me back?" There were also unemployed people who pointed out that they had no jobs in the past six months and had asked colleagues to borrow money. When paying rent, I only feel "silent" about the relevant measures.

The trade union criticized that the measures were too late and small favors and insisted that the government should introduce more specific targeted measures.

Mr. Liang lives on a bed in a cubicle on Shanghai Street, with a total of 19 residents.

Mr. Leung is 53 years old and lives with 19 people in a cubicle in Mong Kok.

In the past, he has been doing restaurant logistics work in the form of "speculation". When the market is busy, his monthly income can reach 12,000 yuan and he can take care of his own life.

However, during the epidemic, the government has implemented strict social distancing measures many times, dine-in dinners have been cancelled in the evening market, and there has been less and less speculation work, and there has been no work for six months.

With no income, he can only live on his own savings. He can only rely on relatives and friends for help.

In terms of the cost of eating and wearing, he can save even more, sometimes even eating only one can a day.

He didn't want to rely on CSSA, but he also submitted an application at the end of last month. "The savings are already covered."

He believes that the low-interest loans introduced by the government do not have much use for the grassroots. After all, the grassroots are not using money to start a business, but their daily lives are no longer able to cope with it. "It's the money borrowed, not the money returned. Huh? I’d rather borrow from my friends than from the government.”

As for the entire financial calculation, he also expressed disappointment. "There is no real help for the grassroots. IKEA has no money and will not borrow money to spend future money. The government might as well provide more job opportunities so that business people can get back work. "

Mrs. Zhang, a family of three who belong to the "N no people", lives in a residential building in Sham Shui Po, and spends about RMB 5,300 on rent and utility bills. She was originally engaged in the beauty industry. Due to social distancing measures, she had no work for almost half a year. Currently unemployed; and the husband who works as a restaurant chef takes many days of unpaid leave for several months, and the family has little savings left. The husband needs to borrow money from colleagues to pay rent.

Although the Community Care Fund launched two rounds of N-free allowances in the middle of last year and early this year, she lamented that it takes time to apply and has not yet been able to apply for the second round of allowances. "It's really life-saving money, but wait and see."

She was quite disappointed. "There is no subsidy, and the boss can carry the subsidy...If it is done well, the fourth wave of the epidemic will not be out of control."

Elderly people living alone who are unemployed for more than half a year have only 3,000 yuan left in their savings: unable to repay, borrow it?

The 70-year-old Shen Bo, who lives alone and works as a security guard, was laid off in August last year. He has not been able to find a job yet, and the CSSA was only approved at the end of last month.

He said that he was already old, and no one would ask if he applied for a job. "Everyone will ask for posterity." He said that it would be more practical for the government to subsidize water, electricity or CSSA.

Shen Bo said that he had savings of tens of thousands of yuan, but his unemployment in the past six months left him only about 3,000 yuan. He said that he would not borrow low-interest loans. He said, "I can't repay it, please borrow?"

The chairman of the Federation of Trade Unions, Huang Guo, criticized the policy for being "late" and being a small favor.

Huang Guo, chairman of the Federation of Trade Unions, believes that the relevant measures are obviously "late", but they are only small favors and insufficient strength.

Huang said that many workers have been unemployed for a long time, and they have already borrowed money from the market. The government now only allows the unemployed to "borrow money to repay the expenses," so that they will not be forced by their creditors.

▼The economy is hit hard by the epidemic, and job fairs of the Labour Department are flooded▼

Budget | News: The government pushes the guaranteed loan scheme for the unemployed to a maximum of 80,000 amortization years

Budget | The Civic Party urges all the people to send 20,000 yuan police to reduce expenditures to tide over the difficulties 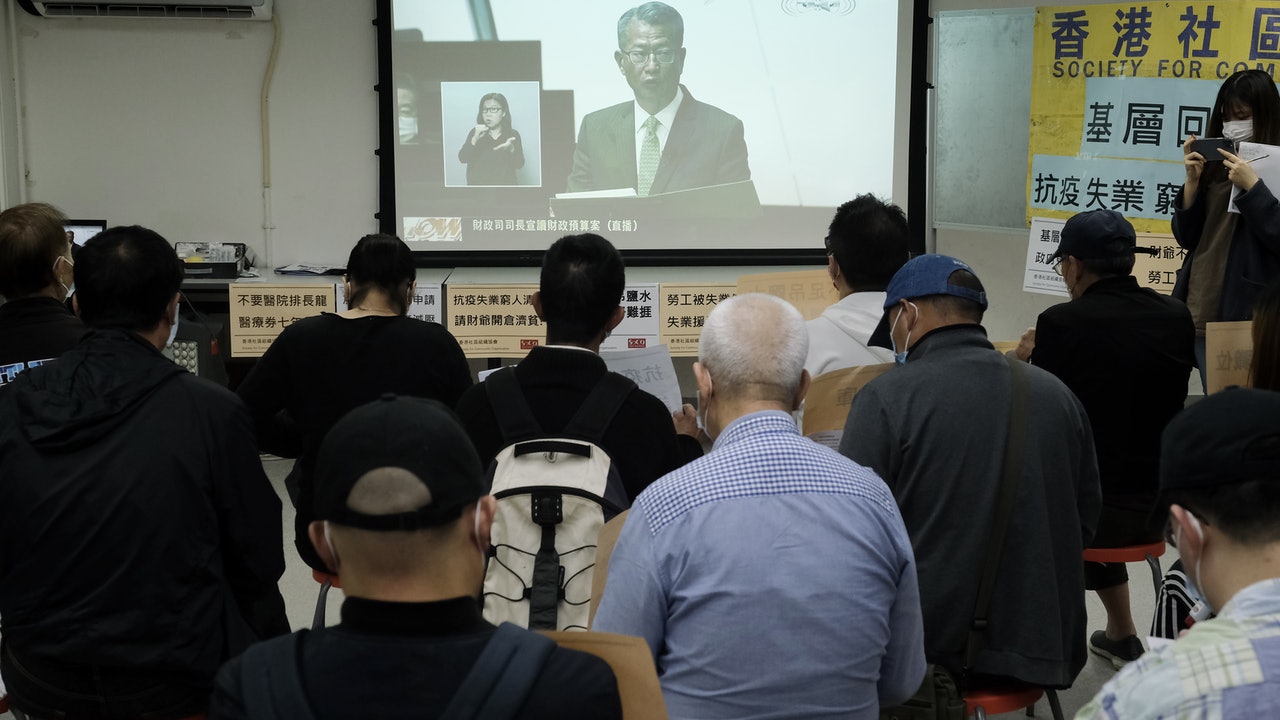 Budget | Guaranteed to borrow 80,000 to save the unemployed, restaurant manager on credit for one year, to rely on government debt 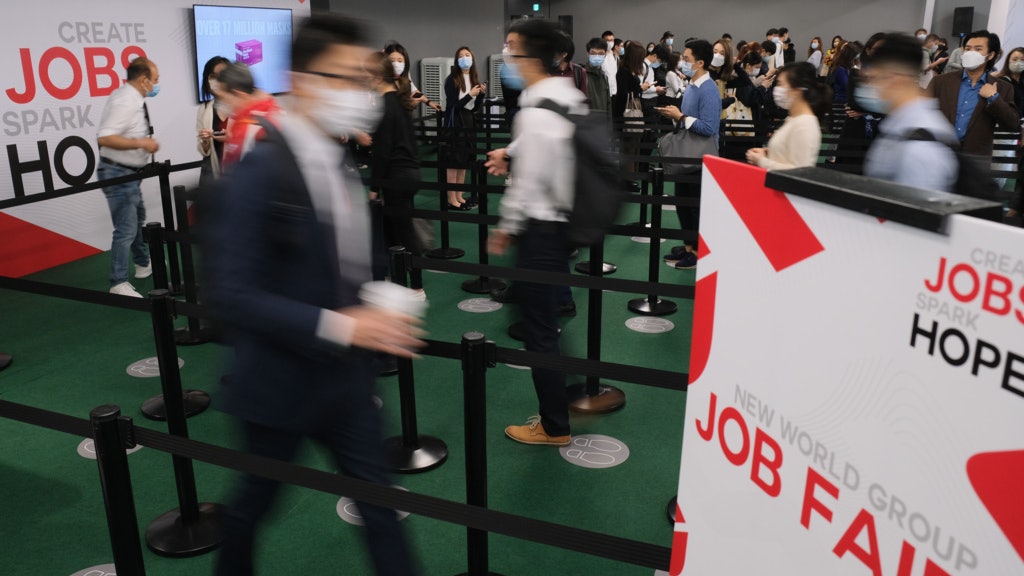 Unemployment Loan｜According to the insurance company: payment and false document application is illegal and will be submitted to law enforcement agencies 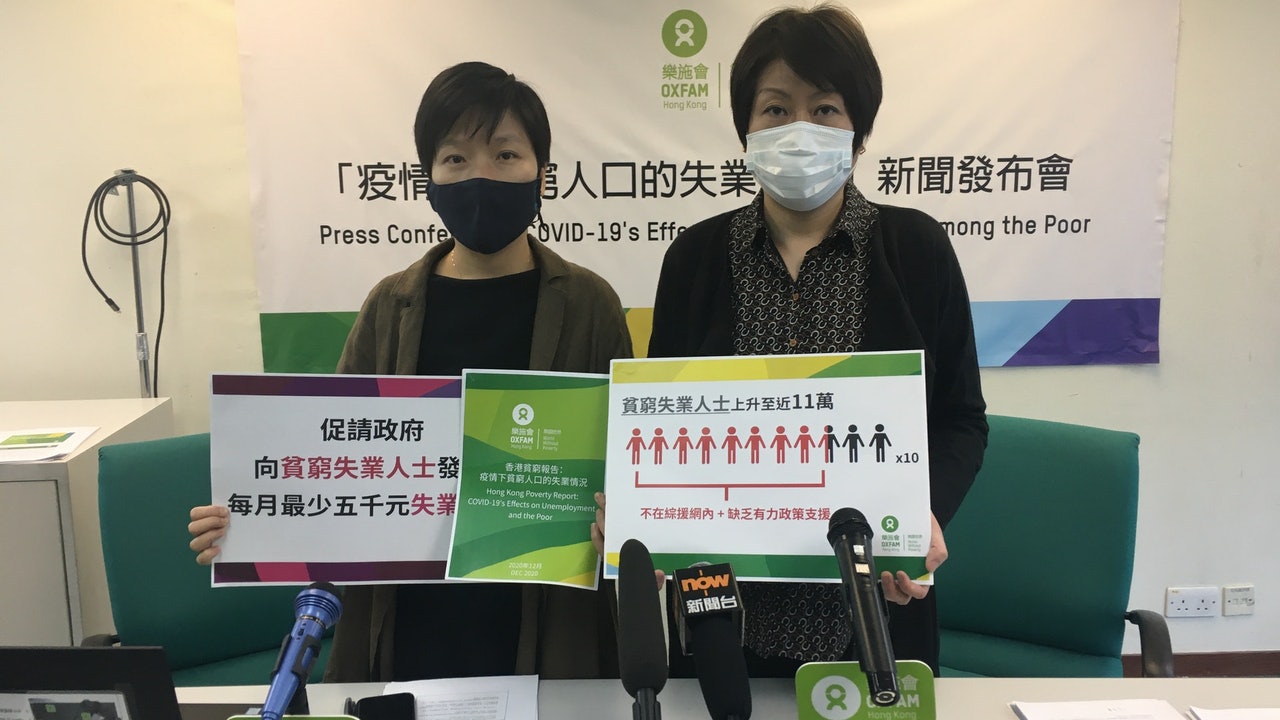 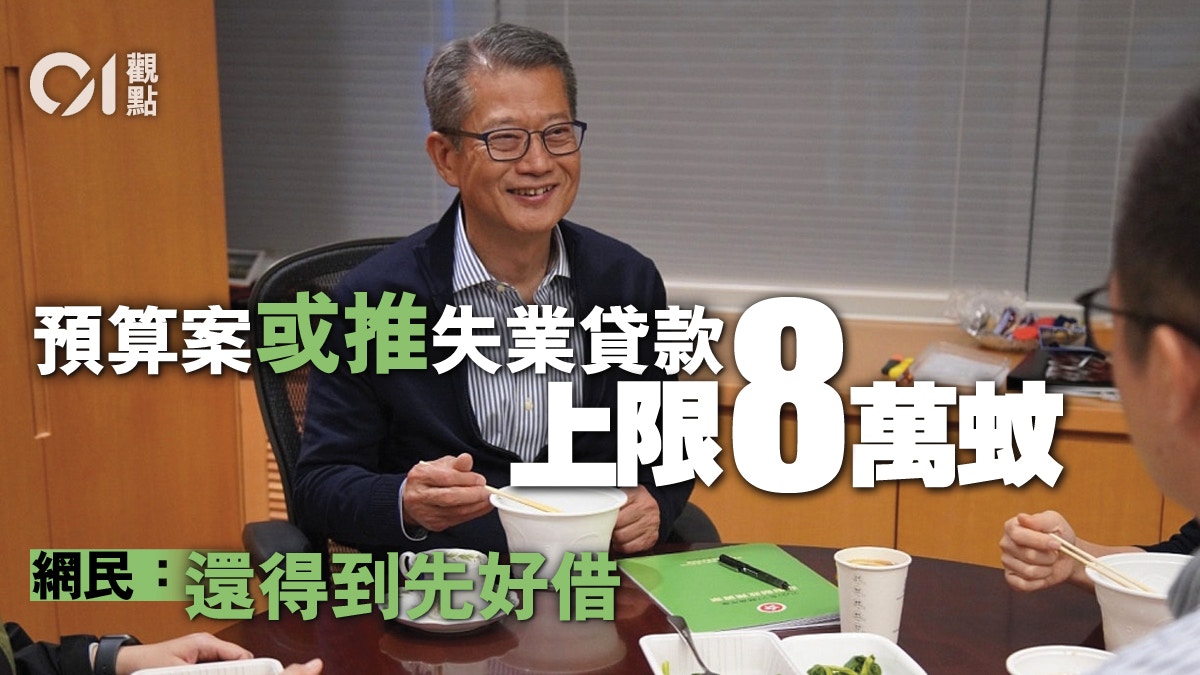 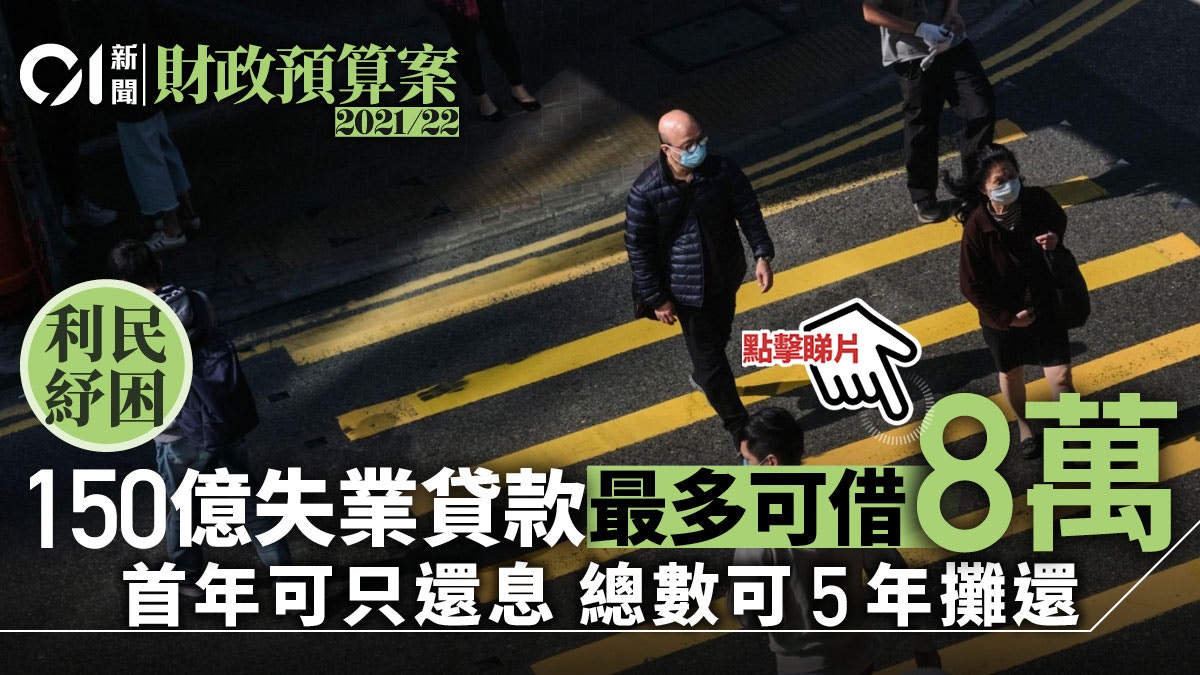 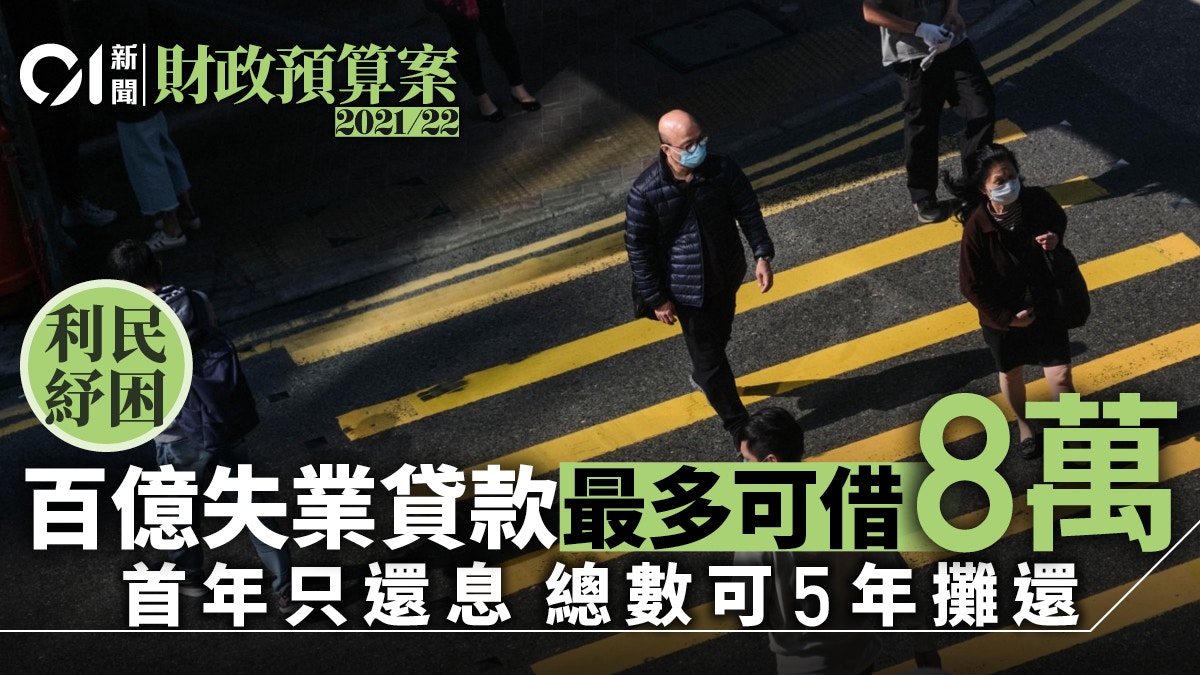 Budget｜Introduction of 100% guaranteed personal loans to help the unemployed with a ceiling of 80,000 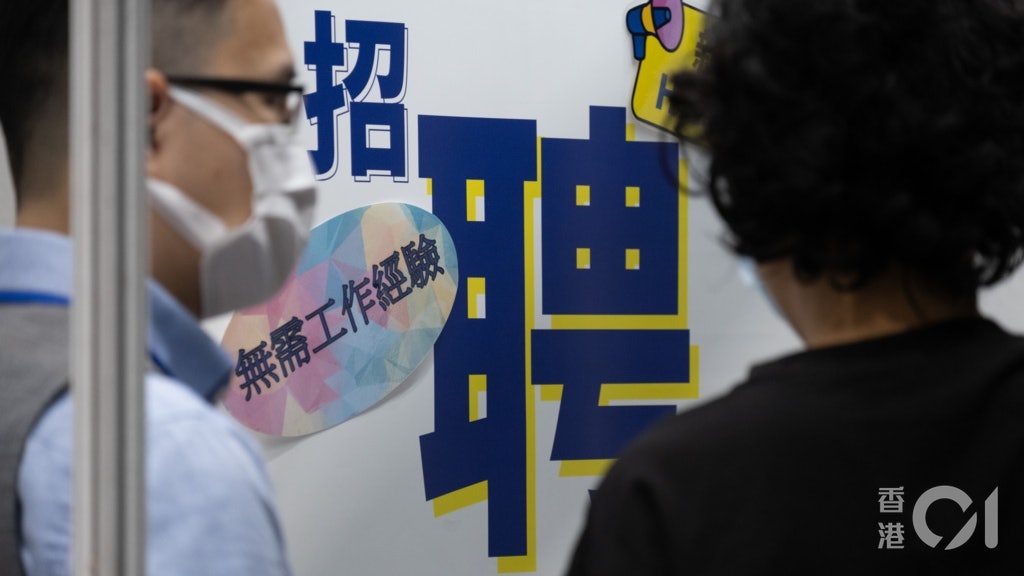 Unemployed people can apply for a special loan of 80,000 yuan from Wednesday to see the information of 10 participating banks