The fourth wave of the epidemic dropped slightly, with 13 new confirmed cases on Thursday (25th), three of which were of unknown origin. The Center for Health Protection updated the patient's whereabouts at night, and 13 more restaurants were on the list. Visited K11 MUSEA famous trendy food

The fourth wave of the epidemic dropped slightly, with 13 new confirmed cases on Thursday (25th), three of which were of unknown origin.

The Center for Health Protection updated the patient's whereabouts at night, and 13 more restaurants were on the list.

Among them, the 41-year-old male patient who visited the famous restaurant of K11 MUSEA, visited 5 restaurants within three days, including the first phase of "Beijing Building" in YOGA Dian, Yuen Long.

There is a case of origin or not living in Block I of Checheng Hin, Tai Po.

The Center for Health Protection updated the whereabouts of the confirmed cases, adding 13 restaurants to the list.

He reported that he had visited K11 MUSEA "Famous Tide Restaurant" on February 19, and also visited the "Beijing Building" Phase I of YOHO Mall in Yuen Long on the same day; he also visited Tsuen Wan Nina Plaza Mall on February 20 The second phase of "Coucou Hotpot. Tea Rest" and the first phase of "Mazu Taiwan Health Soup and Noodle Restaurant".

In addition, another 61-year-old male patient (Case No. 10922) who had visited the "Mingchao Restaurant", living in Block 7, Victoria Harbour, Tai Kok Tsui, became ill on February 23.

In terms of the patient's whereabouts, three confirmed cases have been to the Tsim Sha Tsui Center. All three of them belonged to the "Famous Food Restaurant" group of cases, including case numbers 10916, 10921 and 10924.

As for the list of buildings where the confirmed person lives, in the three cases with no source, a 34-year-old female patient (case number: 10915) became ill on February 19 and was a salesperson working for Billion Plaza in Lai Chi Kok. She lived in Tai Po Che Cheng Xuan Tower I.

The third case with an unknown source was a 16-year-old male patient who lived in Jianmin Building, Aimin Village, Homantin and became ill on February 23.

▼ Whereabouts and addresses of confirmed patients in the past 14 days▼

Confirmed restaurants | Today, 18 celebrity groups have been added to more than Hong Kong and Kowloon restaurants, Michelin Guojin Xuan on the list 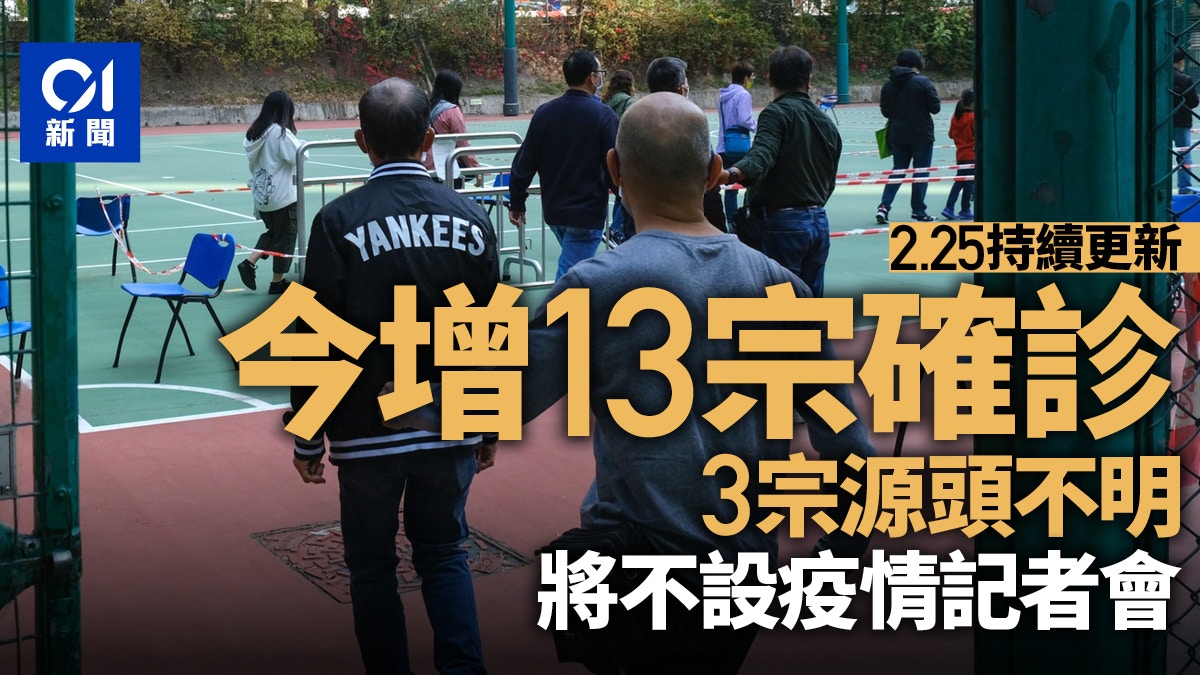 Coronavirus disease. Live | On March 1st, you can make an appointment for vaccination. Kexing Vaccination Center increases to 8