Although the intelligence report blamed Ben Salman for the operation in which the Saudi journalist was assassinated, the Biden administration contented itself with imposing sanctions on intelligence and military officials, along with restrictions on entry to civilians. Saudi Arabia denies: The report is inaccurate, those responsible have already been tried

US imposes sanctions on dozens of Saudis over Hashukaji's assassination, Ben Salman survives

Although the intelligence report blamed Ben Salman for the operation in which the Saudi journalist was assassinated, the Biden administration contented itself with imposing sanctions on intelligence and military officials, along with restrictions on entry to civilians.

Saudi Arabia denies: The report is inaccurate, those responsible have already been tried

In the video: US President Joe Biden presents his foreign policy (Photo: Reuters)

The United States is not expected to impose sanctions on Saudi Arabia's heir to the throne, Muhammad bin Salman, despite the responsibility attributed to him in the country's intelligence report for the operation in which journalist Jamal Hashukaji was assassinated.

According to US sources, sanctions will be imposed on officials in Saudi Arabia and not on the heir, in an attempt to maintain labor relations between the countries.

In Saudi Arabia, on the other hand, they rejected the report's findings, calling its assessments "false and unacceptable."

Riyadh said that "the kingdom rejects the report which includes inaccurate information and conclusions".

recur and the sanctions constitute a kind of fulfillment of promises from Biden's election campaign to reshape relations with Saudi Arabia.

This, after his predecessor Donald Trump was accused of giving Ben Salman, who actually controls what is happening in Saudi Arabia, a kind of "permission" to continue with gross violations of human rights.

Credit belongs to the young: Get to know the trend that is conquering the world

Sanctions against civilians only.

A senior Biden administration official who asked to remain anonymous said the relatively lenient approach was intended to create a new starting point for relations with Riyadh, which in recent years has been affected by the fighting in Yemen and the assassination of Hashukaji, a U.S. citizen and assassinated at the Saudi consulate in Istanbul.

"The goal is to recalibrate ties and not create a rift. We share important interests," he said.

Until his assassination in October 2018, 59-year-old Hashashkoji wrote columns for the Washington Post.

The remains of his body were not found.

According to senior administration officials, the United States Treasury Department is expected to impose sanctions on former Saudi deputy intelligence chief Ahmad al-Assiri, as well as members of the Saudi Royal Guard intervention force, who according to the intelligence report played a significant role in the assassination operation.

No action was taken against him.

The United States will also announce the restriction of visas against more than 70 Saudi citizens as part of a new policy aimed at countries that carry out activities against journalists and opponents beyond their borders, another administration official said.

In some cases, the restriction will also apply to their families.

In addition, the US State Department will begin documenting in its annual report on human rights plans by Saudi Arabia and other countries that monitor, harass or target opponents and journalists, the sources said.

Against the background of tensions in the region: The head of the CIA will arrive in Israel for talks on Iran - Walla! news 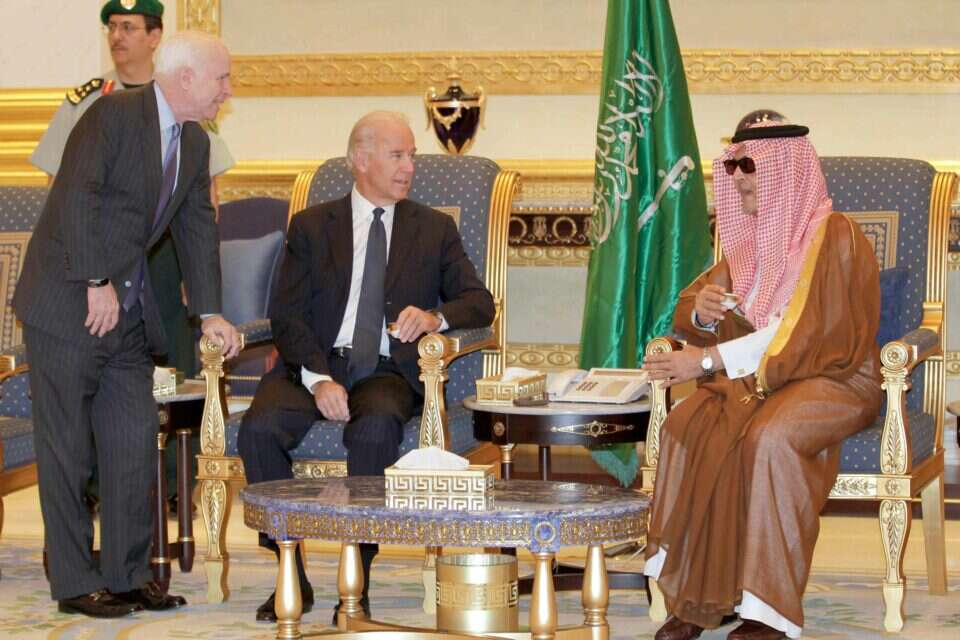 The Truth Behind The Saudi Mask Israel today

Report: Trump, Netanyahu and Ben Salman worked to weaken the status of the King of Jordan - Walla! news

Noisy action could drag Israel into war with Iran. Not sure it was necessary - Walla! news