The Scottish Prime Minister Nicola Sturgeon is embroiled in a brutal conflict with her predecessor - shortly before the general election. The fall becomes a threat to the independence movement.

They got along well: Nicola Sturgeon and Alex Salmond

They were once inseparable partners in Scottish politics: Alex Salmond and Nicola Sturgeon.

They fought side by side in elections, in parliament and in government.

They were united by a dream: The two wanted to lead Scotland to independence.

For years he was the Scottish head of government, she was his deputy.

After Salmond resigned after the defeat in the independence referendum in 2014, Sturgeon took over as "First Minister" and new chairman of the Scottish National Party SNP.

Now, only around two months before the parliamentary elections, they are engaged in a bitter battle that will also determine the next steps of the independence movement.

Public struggle for the truth

A year ago Salmond was in the dock.

Nine women had charged him with sexual harassment and attempted rape, but he was acquitted by the court in March 2020.

On Friday he himself appeared as a prosecutor in the Scottish Parliament.

He accused the political leadership in Scotland of "failure" for which no person has yet taken responsibility.

His allegations target Sturgeon and those around him, and they weigh heavily.

Salmond believes there has been "a deliberate, ongoing, insidious, and concerted effort by a number of people in the Scottish government and the SNP."

The aim was to damage his reputation and even put him in prison.

He accuses, among other things, Sturgeon's husband and SNP managing director Peter Murell as well as her closest confidante Leslie Evans.

Sturgeon insists that these allegations are unfounded or proven.

Salmond is trying to create a "parallel reality," she said on Wednesday at a press briefing.

She is supposed to testify in front of parliament herself next week.

The scandal began with complaints from two Scottish officers who alleged Salmond of sexual harassment in January 2018.

The Edinburgh government then started an internal investigation and things went wrong.

Among other things, it turned out that the officer who led the investigation had previously had contact with the plaintiffs.

That shouldn't have happened and questioned their independence and credibility.

Salmond went to court and received half a million pounds in compensation from the Scottish government in 2019.

By then the affair had expanded to include him.

The police were investigating Salmond and he was temporarily arrested in January 2019.

There was a trial that ended in acquittal.

After that, Salmond made it clear that he would take revenge.

"Sturgeon has serious questions to answer"

In April 2018, Salmond was at her home and told about the allegations.

No minutes were taken at this meeting.

It later emerged that Sturgeon should have already been informed of the allegations at this point.

A few days earlier, she had spoken to an ex-Salmond employee about it.

“Sturgeon has serious questions to answer.

She is always very knowledgeable about the details, so it sounds implausible when she says that she has forgotten something essential, «says Gerry Hassan, author of several books on Scottish politics.

He sees the possibility that Sturgeon will have to resign if the investigation determines that it has violated the code of conduct for government officials.

"Salmond has no more inhibitions"

He looks like he wants revenge at any cost.

There is no longer any chance for him to go back into politics, his reputation is so badly damaged.

"That makes him so dangerous."

So far, there is no plausible explanation as to why Sturgeon and other officials are said to have plotted against their former mentor.

In any case, the scandal brings to light the mistakes of the Scottish government and the SNP party.

And it plays into the hands of the British government.

The Brexit and the coronavirus pandemic have meant that more Scots want independence from London - the polls have shown a slim majority for those in favor of the split for months.

Until now, the wish for a state of its own has often been justified by the fact that the quality of institutions in Edinburgh is much better than London.

However, the conflict between Salmond and Sturgeon is now casting a shadow over the state of Scottish democracy.

So dramatic is the affair that Conservative MP Liam Fox took the opportunity to describe Scotland as a "pocket dictatorship".

The impact of the scandal on the Scottish parliamentary elections in May cannot yet be foreseen.

The polls still show a large majority for the SNP, but Sturgeon's popularity has already suffered from the affair.

So far, the Scottish head of government has hoped for such a large majority that she can demand a second independence referendum from the British government.

But this project could now be set back by years.

That would be a blow to the independence movement and the end of Sturgeon's career.

Great Britain: How Boris Johnson, Brexit and Corona are dividing the United Kingdom 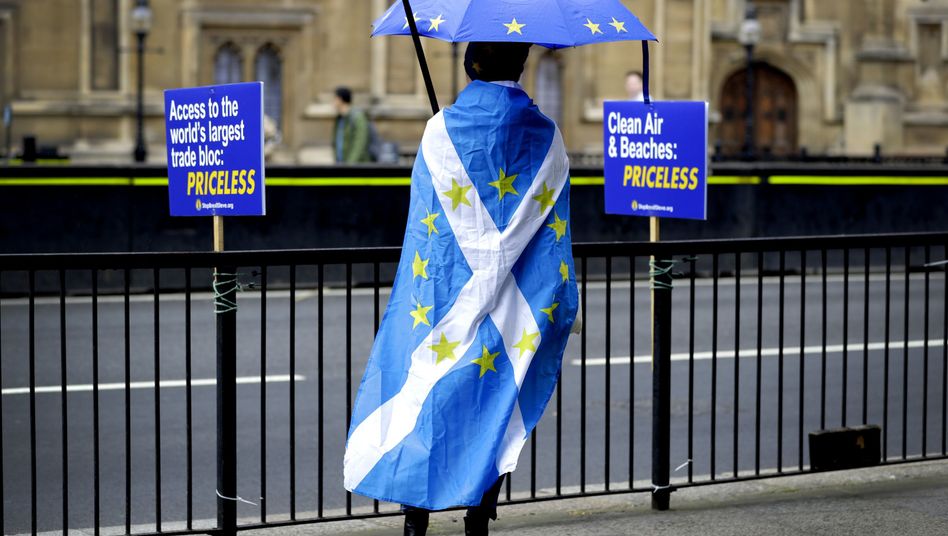 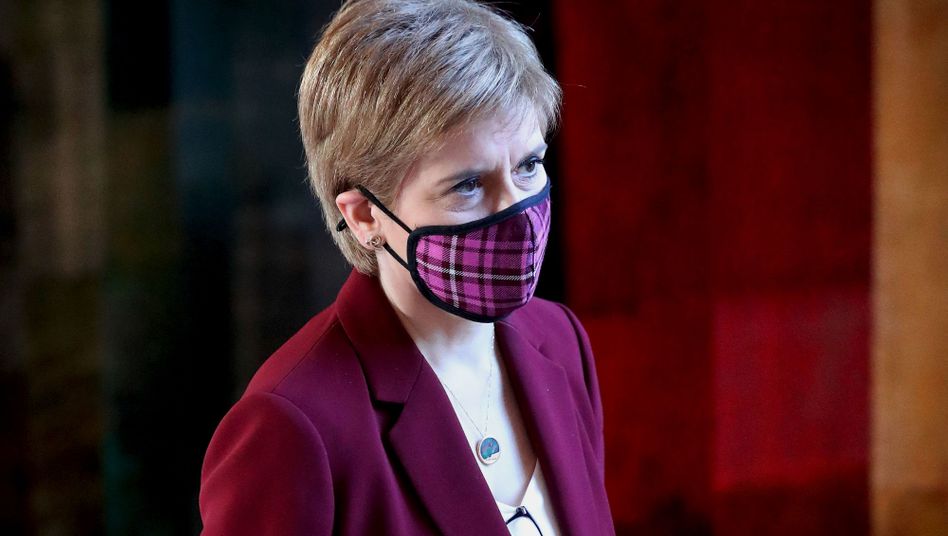 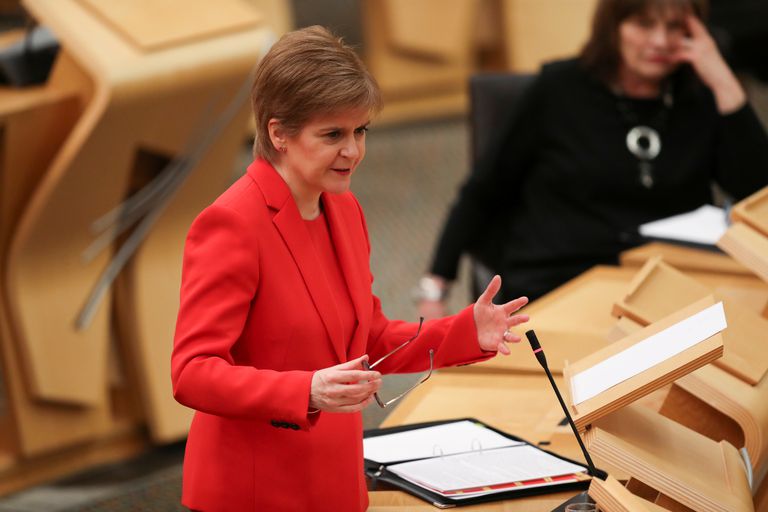 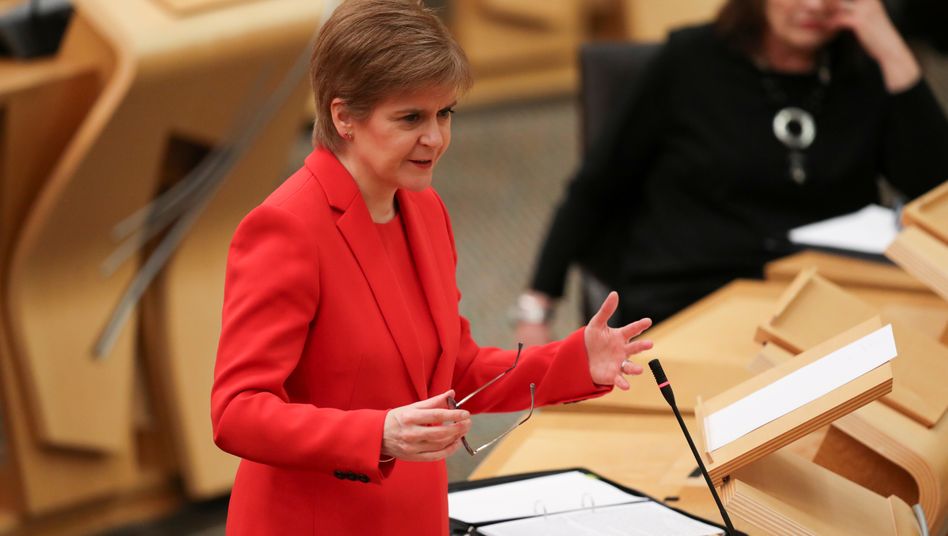