A ceremony for the Publishers Union and the Soriana Foundation in the Culture of the Field ... Working on building a true national culture The cultural ceremony held by the Publishers Union and the Syrian Foundation for Media Production at the Arab Cultural Center in the Field included digital account competitions for tens of children from Damascus countryside in addition to the results of the best song and honoring some of the artists who contributed to building the Syrian drama.

On the cultural gathering, the President of the Publishers Union, Haitham Al-Hafez, said that the diversity that includes various artistic, dramatic, literary and technical forms in a spontaneous manner must present a humanitarian and patriotic message, and we are witnessing today the distinction of our writers, our literature and our media, even our children, despite all the harsh conditions they are exposed to.

Director and media director Hassan Hennawi, in turn, referred to the importance of caring for creative children and maintaining their behavior that leads to positively contributing to the future of the nation because they present creative cases at an early age.

Dr. Munif Hamidush believed that some artists maintained the artistic and patriotic value and contributed in the coming stages to establishing a correct construction of drama and art of all kinds without being affected by any conspiracy hatched on their homeland.

The Executive Director of the Syrian Amira Al-Kurdi Foundation indicated that interest in the Syrian song and the sirens of the soap operas, which are supposed to be a superior cultural pattern, because they are among the pillars of social culture, is necessary in addition to giving a moral value to the children's victory and their superiority in mental and digital competitions.

In his speech, Dr. Munif Hamidush, Director of the Soriana Training Academy, stated that working on preparing children is a national value instead of being preoccupied with any other means that may spoil the field of their future and are able to excel and excel and pave the way for the future if they are given the necessary care.

The Publishers Union and the Soriana Foundation presented a shield of excellence to the writer Nabug Asaad for her song, which won the first place due to its human and social values ​​and commitment to artistic compositions as the most important serial badge that submitted to the competition.

Director Mazen Lotfi explained that working on developing the correct culture in dramas and dramas leads to a correct social character because society is accustomed to following these works and by necessity their components must be sound.

A ceremony for the Publishers Union and the Soriana Foundation in the Culture of the Field ... Working on building a true national culture The Russian Academy of Natural Sciences grants its membership to Dr. Thaer Zainuddin The Palestinian issue in the awareness of young people ... A panel discussion at Tishreen University in Lattakia 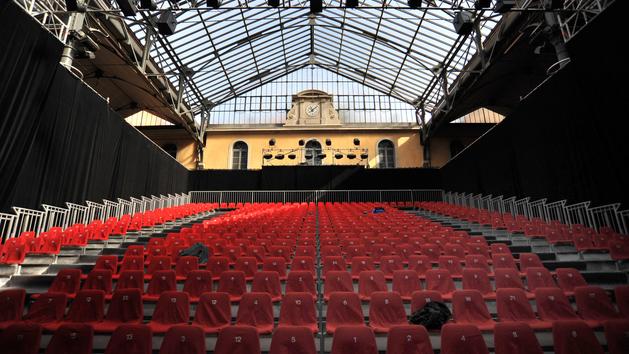 The youth conference concludes its work ... employing youth energies in society and promoting a culture of dialogue and volunteer work