Live: the march of # 27F to Plaza de Mayo after the 'VIP Vaccines' scandal

The call came up on social networks but there will be participation of opposition leaders. 02/27/2021 15:02 Clarín.com Politics Updated 02/27/2021 5:20 PM ALIVE News in Development 32m ago 16:47 The first to arrive and a harsh staging against the Government for vaccines It was just after 4.30 pm when the first protesters arrived at the Plaza de Mayo and placed, in front of the Casa Rosada, ten bags of waste that pretended to have dead people inside. The bags that simulated people 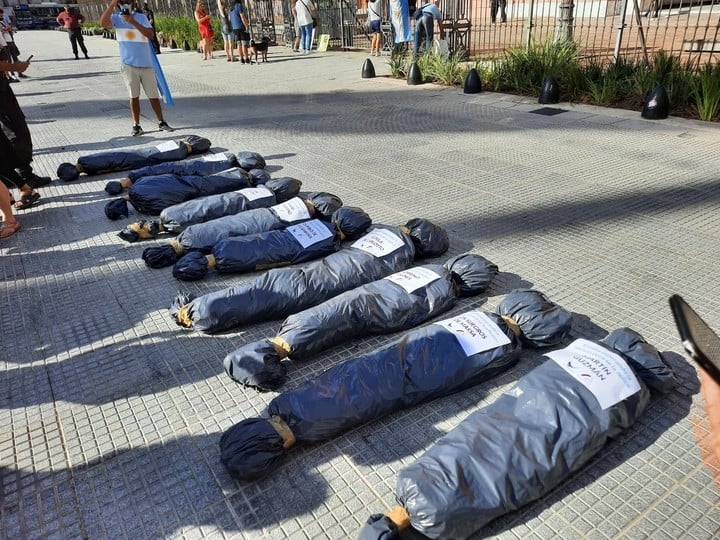 It was just after 4.30 pm when the first protesters arrived at the Plaza de Mayo and placed, in front of the Casa Rosada, ten bags of waste that pretended to have dead people inside.

The bags that simulated people who died from coronavirus in front of the Casa Rosada.

On the front of the bags they all had the legend "he was waiting for the vaccine but he applied it" and there they were mentioning the different officials or personalities who received the vaccine.

Those targeted were the Minister of Economy Martín Guzmán, the Grandmother of Plaza de Mayo, Estela de Carlotto;

It was a group called "young republicans" who set the scene, and immediately they recorded a video that they uploaded to social networks with a message for President Alberto Fernández.

Etchevehere: "The president suspended the march because it was going to be small with today's one"

The former head of the Rural Society, Luis Miguel Etchevehere considered this Saturday that Alberto Fernández requested the suspension of the mobilization organized for Monday during his speech at the opening of sessions of Congress because he was going to "be small" compared to this Saturday in Plaza de Mayo.

"There is a need to be able to manifest ourselves as ordinary citizens that we are in the face of a very irregular situation such as the privilege that officials have with respect to the rest of the population," Etchevehere said.

Etchevehere during another protest against the Government.

Cynthia Hotton: "We are fed up with impunity and corruption"

The former deputy confirmed her attendance by pointing out that "corruption is intolerable, abusive taxes, insecurity, the poverty they are generating, inflation and now VIP vaccines."

He added that "this Saturday we are all going because we are tired of this government of living, of advantageous people. We all go out to say enough. With our taxes we want a State that guarantees health, education, work, decent pensions, vaccines for all and not only for the friends, we need transparency and to be able to trust again. "

Opposition leaders, at the forefront of the call

More than an hour before the start of the demonstration against the Government for the discretionary distribution of vaccines against the coronavirus, the opposition leaders insist with the call from social networks.


Among them, one of the most effusive is Fernando Iglesias, who took a photo inside the car, wearing the Argentine flag and wondering if it was already 4.30.


Fernando Iglesias waiting for the start of the march against the Government.

Another deputy who called for the mobilization is Luis Petri, who pointed out against the Government: "They emptied their refrigerators, they adjusted their pensions, now they steal their vaccines and Gerardo Romano's ultra K justifying it says that" We must privilege the young because the old have already lived ”, that's why today #YoVoy # 27F".

VIP vaccines: the march to the Plaza against the Government will have a strong opposition presence

The scandal for those vaccinated with privilege grows day by day and at the same time the anger of those who had been complaining about the management of the Frente de Todos deepens.

Attentive to this situation, opposition leaders who were hesitant to join the protest called on the networks for this Saturday decided at the last minute to join.

They will join those who accompanied previous mobilizations and had already announced their presence in the tenth "banner" since Alberto Fernández took office.

In this way, for the first time the heads of the three parties that make up Together for Changes will take to the streets to demonstrate against this Government.

The first to sign up was Patricia Bullrich, Mauricio Macri's delegate at the head of PRO.

He was followed by Maximiliano Ferraro, who will head a column of the Civic Coalition after receiving the permission of Elisa Carrió.

And in the last hours, Alfredo Cornejo confirmed that he will join the march in Mendoza, although he clarified that he will do so in a personal capacity and not on behalf of the National Committee of the UCR, which he presides.

Patricia Bullrich, on the 'mortuary bags': 'The president was not outraged by the vip vaccination and he does have something that I did not like' 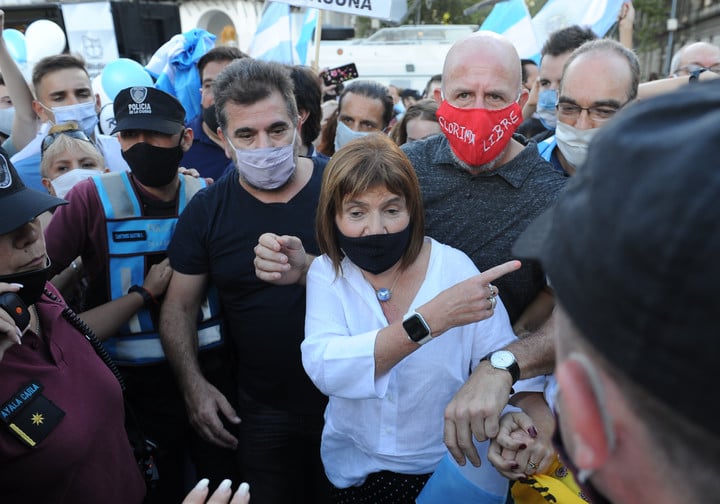 'We are still here waiting for them to ask for forgiveness', Martín Lousteau's claim for the VIP vaccination in the # 27F march 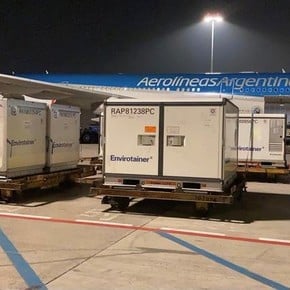 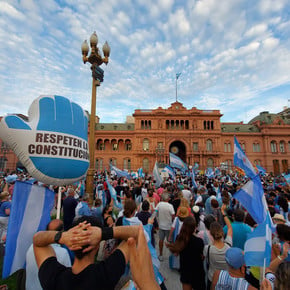 Santiago Cafiero's strange explanation about the unionists who 'broke' the protest in Olivos: 'They had arrived earlier' 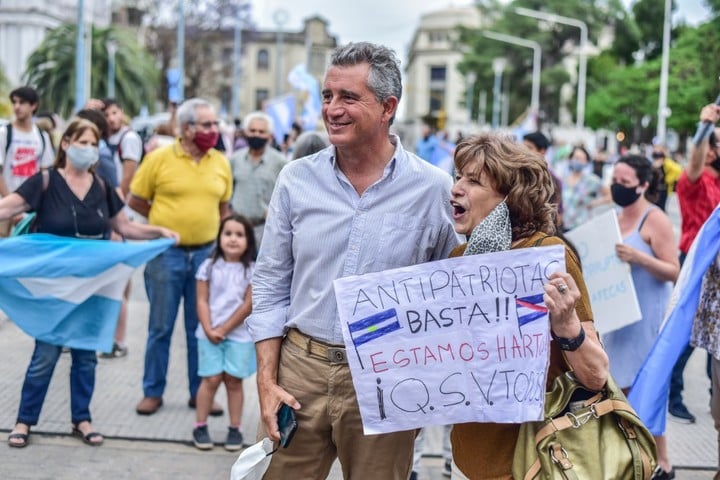 Live: the march of # 27F to Plaza de Mayo after the 'VIP Vaccines' scandal 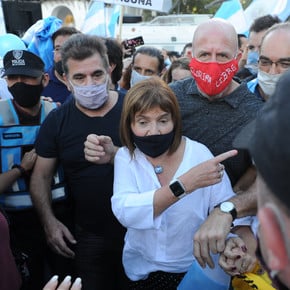 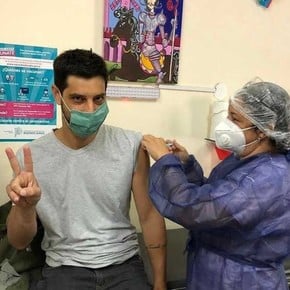 Axel Kicillof: 'The opposition climbs on any pony to try to hit the Government' 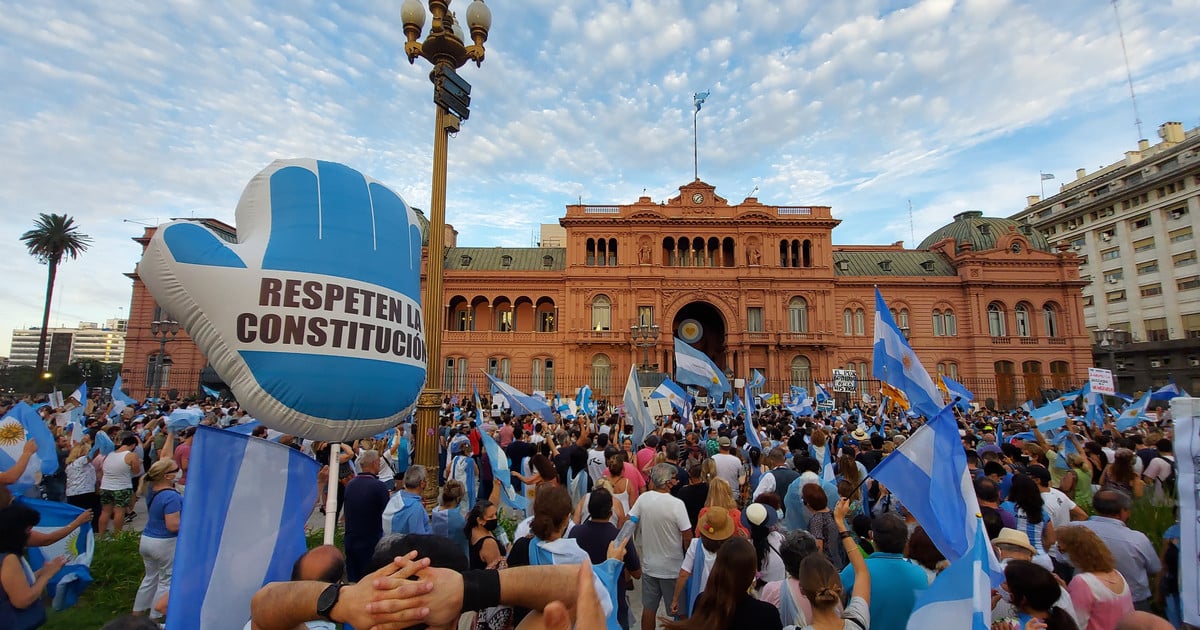