The Prime Minister was asked in an interview how he came to Israel with almost 6,000 dead from the Corona despite the vaccinations and chose to attack the chairman of the Corona Committee, MK Shasha Bitton. A new candidate for hope replied: "The contempt for the victims of the corona is one of the lows of this man's."

Netanyahu on the death toll from Corona: "Ask the Paka Paka, Shasha Shasha"

The Prime Minister was asked in an interview how he came to Israel with almost 6,000 dead from the Corona despite the vaccinations and chose to attack the chairman of the Corona Committee, MK Shasha Bitton.

A new candidate for hope replied: "The contempt for the victims of the corona is one of the lows of this man's."

In the video: "Ask the Paka Paka, Shasha Shasha" - Netanyahu's answer to the dead from Corona (from "This Morning with Aryeh Golan" here on Net B)

H. " Asha Bitton replied to Netanyahu that "Pashut and Pakot Pakot is a continuation of a campaign here that leads the prime minister and plunges Israel into a very deep abyss. "I will go to his level. I will continue to fight for the citizens of the State of Israel, without fear, with the voice of reason within me and with the tremendous support from the people of Israel."

Chairman of Yesh Atid Yair Lapid wrote on Twitter, "My God, Bibi, do not talk about the dead like that.

Netanyahu's mocking response is shameful. "According to Lapid," This is what the Israeli prime minister has to say to the families who have lost what is most precious to them.

To a life destroyed.

For mothers, infants, parents, grandparents who died of coronation in solitude, this is not a sane answer when talking about the deaths of Israeli citizens.

What Netanyahu should have said is: I failed, I bow my head in memory of the dead. "

New Tikva chairman Gideon Saar attacked the prime minister's remarks, saying that" the nature of Netanyahu's shameful attack on Dr. Yifat Shasha Bitton is another example of hate speech. Sent from one who calls his political rivals 'illness' and 'suffering'.

"The day after Netanyahu, and he is close, we will return a respectful and cohesive dialogue between us and heal Israel."

Netanyahu later responded to criticism from the political system, referring to the mortality data and asking the public to get vaccinated.

"97% of those who died from the corona were not vaccinated in two doses. Therefore, I am not willing to tolerate the disruption of health guidelines and the delegitimization of vaccines that cynical politicians do that I referred to today," Netanyahu wrote on his Twitter account.

"I have zero patience for Pike News while I fight to save lives. Go get vaccinated and save your life!"

Zohar: The Corona crisis has reached districts we never dreamed of - there is a huge difference between our management and theirs - Walla! news

The debate between Bennett and Shasha Bitton in the cabinet: "Do not say impossible, I was Minister of Education" - Walla! news

Vote and help the Minister of Education decide - whether to vaccinate in schools? | Walla! - Walla! news

Shasha Bitton's Zigzag: Chairman of the Committee on the Rights of the Child Supported Vaccination in Schools - Walla! News 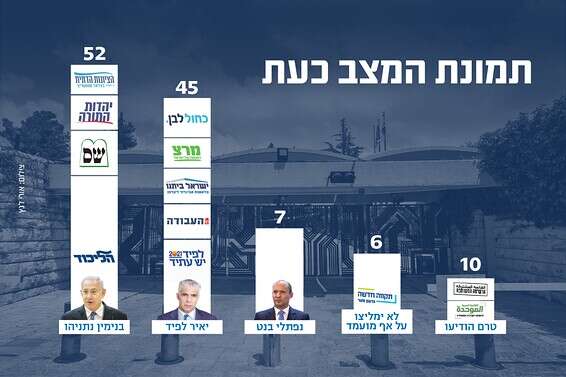 "The counselor who was killed is a final warning": Tel Aviv resident accused of threatening Minister Shasha-Bitton - Walla! News

Shasha Bitton: "The issue of closure should be removed from the agenda" - Walla! news