Baden-Württemberg: Susanne Eisenmann and Winfried Kretschmann in a TV duel

Less than two weeks before the state elections in Baden-Württemberg, Prime Minister Winfried Kretschmann and his CDU challenger Susanne Eisenmann met for a TV duel. It started diplomatically and ended in polemics. 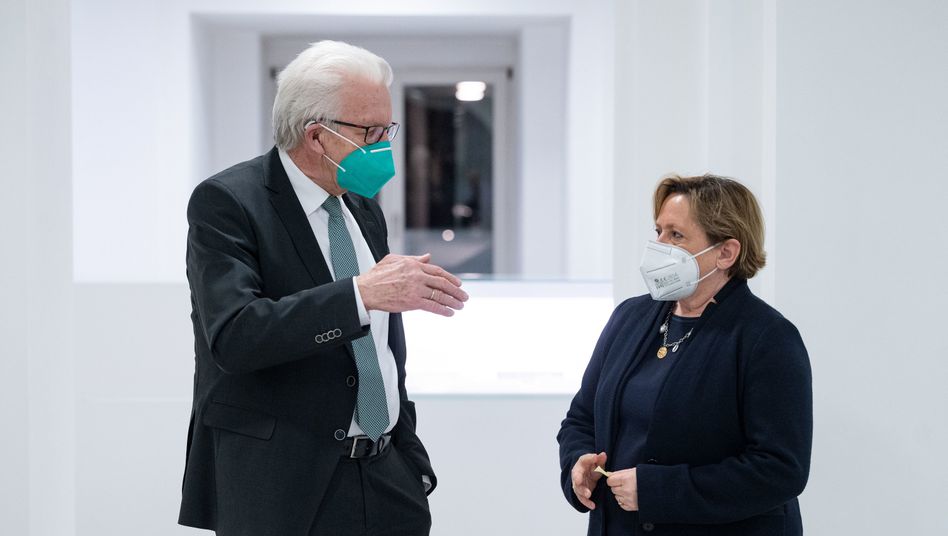 It is not easy to campaign against each other when you govern together.

The Greens have formed a coalition with the Blacks in Baden-Württemberg since 2016.

Now they were suddenly facing each other in a TV duel.

The Südwestdeutsche Rundfunk tried everything to build up tension two weeks before the state elections on March 14th.

As in a boxing match, the arrival of the prime minister and his challenger was shown.

And the moderator Fritz Frey announced with a serious expression: "So that is also clear, neither of them knows my questions."

Kretschmann and Eisenmann were only allowed to have a piece of paper and a pen in front of them.

In addition, he will stop the speakers' speaking times "to the second," said Frey.

To anticipate that: the precise stopping of the time did not work.

And the TV duel ended in a draw.

Kretschmann drank a warm herbal tea and Eisenmann a glass of water.

First of all, it was about the all-determining topic, the corona pandemic.

The Prime Minister warned right at the beginning: "We must not now risk rushing into a third wave through openings that are too fast and too wide."

Just a few days ago, his state ministry launched a paper that promised a step-by-step relaxation of the corona measures with the help of comprehensive rapid tests.

The challenger Eisenmann had already called for the rapid tests to be expanded at the end of January.

"Better late than never," she said triumphantly in the TV duel.

In addition, it could not be acceptable that hardware stores are allowed to reopen, but schools are not.

She complained about having heard of Kretschmann's test initiative from the press.

It is of course mean when the prime minister steals your idea.

Because what Kretschmann proclaims can be read all over Germany minutes later.

What Eisenmann says often fizzles out.

According to various surveys, the Greens are in front of the CDU.

According to a survey by Infratest dimap, 65 percent of Baden-Württemberg residents favor the incumbent prime minister as head of government, while the minister of education only 16 percent.

The TV duel was therefore an opportunity for Eisenmann, 56, to increase their profile.

And she tried to take her chance.

Wahl-O-Mat 2021: Who you want to vote for in Baden-Württemberg

As soon as the pandemic management was ticked off, in which Kretschmann scored as a warning corona crisis manager, the minister of education switched to attack.

Time and again she succeeded in presenting herself as a dynamic counter-image to the presidential ruling Kretschmann.

"A steadfast policy makes perfect sense," she commented on Kretschmann's efforts to make the automotive industry, which is important for Baden-Württemberg, fit for the future.

"Only the hand shouldn't fall asleep."

When it came to traffic, Eisenmann had slight advantages because she managed to force Kretschmann into the supposed prohibition discourse that sometimes resonates with his party.

She quoted from the election manifesto of the state Greens, according to which citizens should cover every second trip on foot or by bike by 2030.

So it went on.

Because then the moderator quoted Frey from the election manifesto of the state Greens: There is talk of “future-proof, green settlements” that cannot be realized with “single-family housing estates”.

Kretschmann said it was not about ideological debates.

Affordable housing is »a serious concern«.

You have to build in an environmentally friendly way and prevent the ever-increasing erosion of land.

Eisenmann countered that single-family houses would also have to be "available as living space" in the future.

They don't believe in prohibitions.

At the end of the duel, Kretschmann looked slightly annoyed, Eisenmann laughed nervously.

The speaking time was faded in for the last time.

Kretschmann spoke over two minutes longer than his challenger.

"I hope you can live with it," Frey said.

"If it is the other way around in the election, it fits," said Eisenmann.

Before the state elections in Baden-Württemberg: TV duel between Kretschmann and Eisenmann 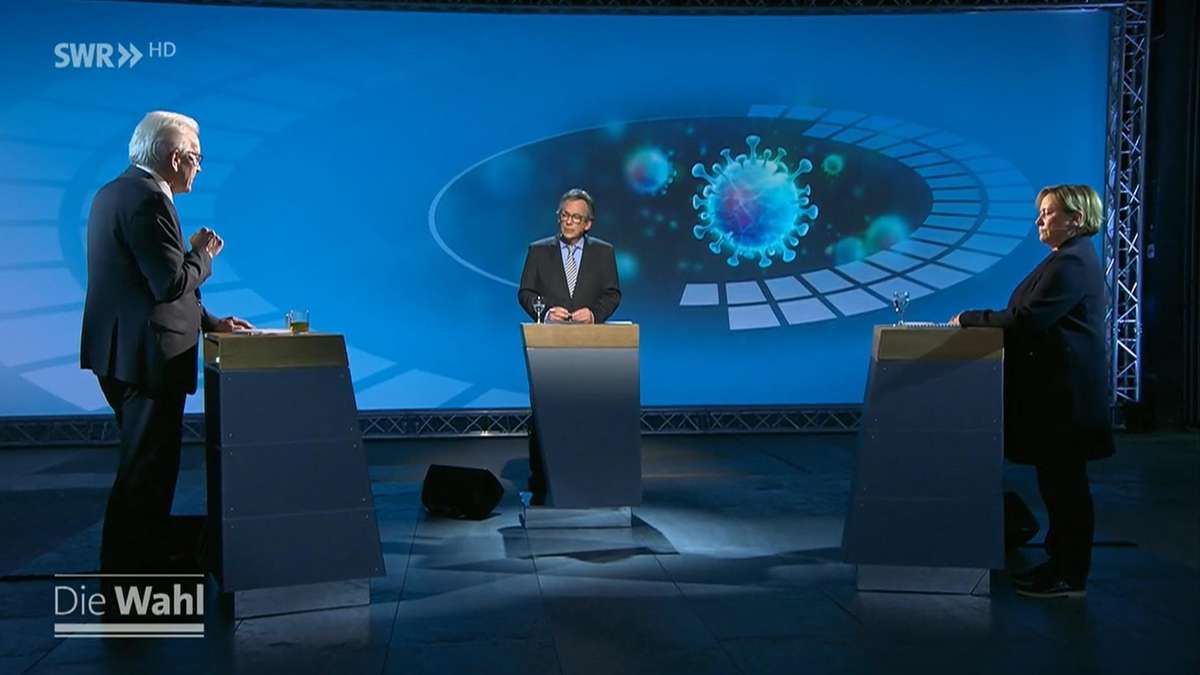 Top round for the state elections in Baden-Württemberg: Can the CDU and SPD still catch up with the Greens? 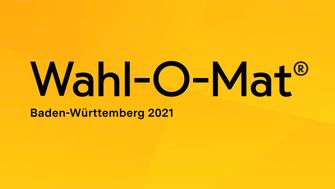 Baden-Württemberg: Susanne Eisenmann and Winfried Kretschmann in a TV duel 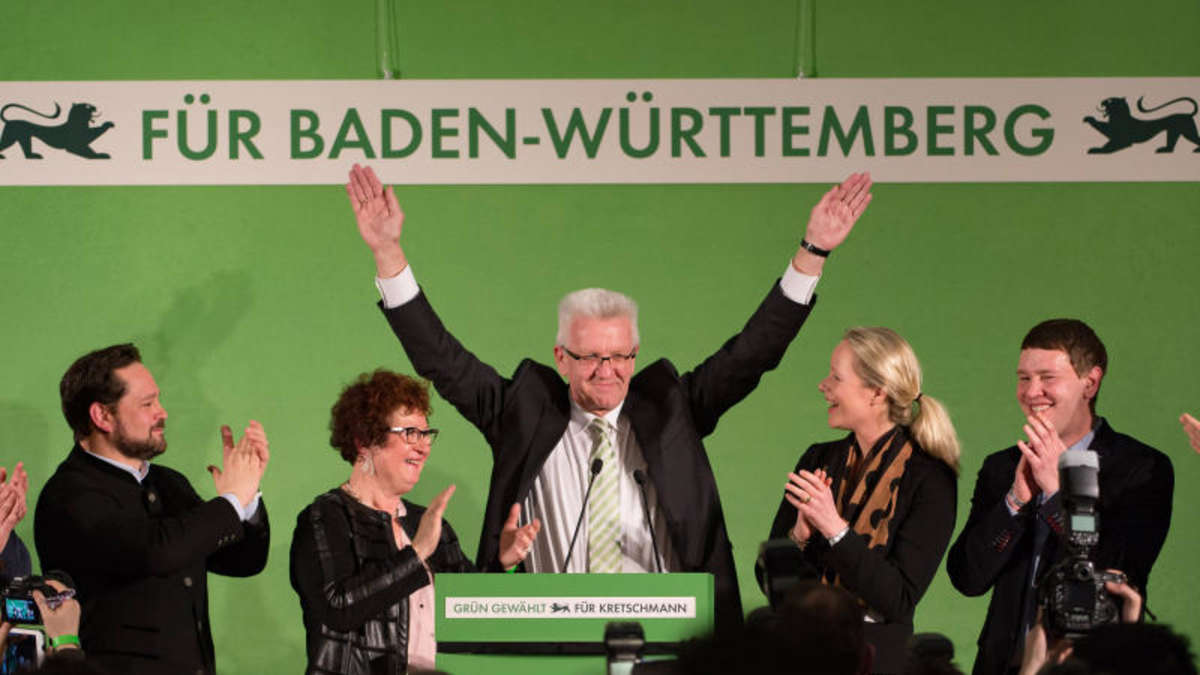 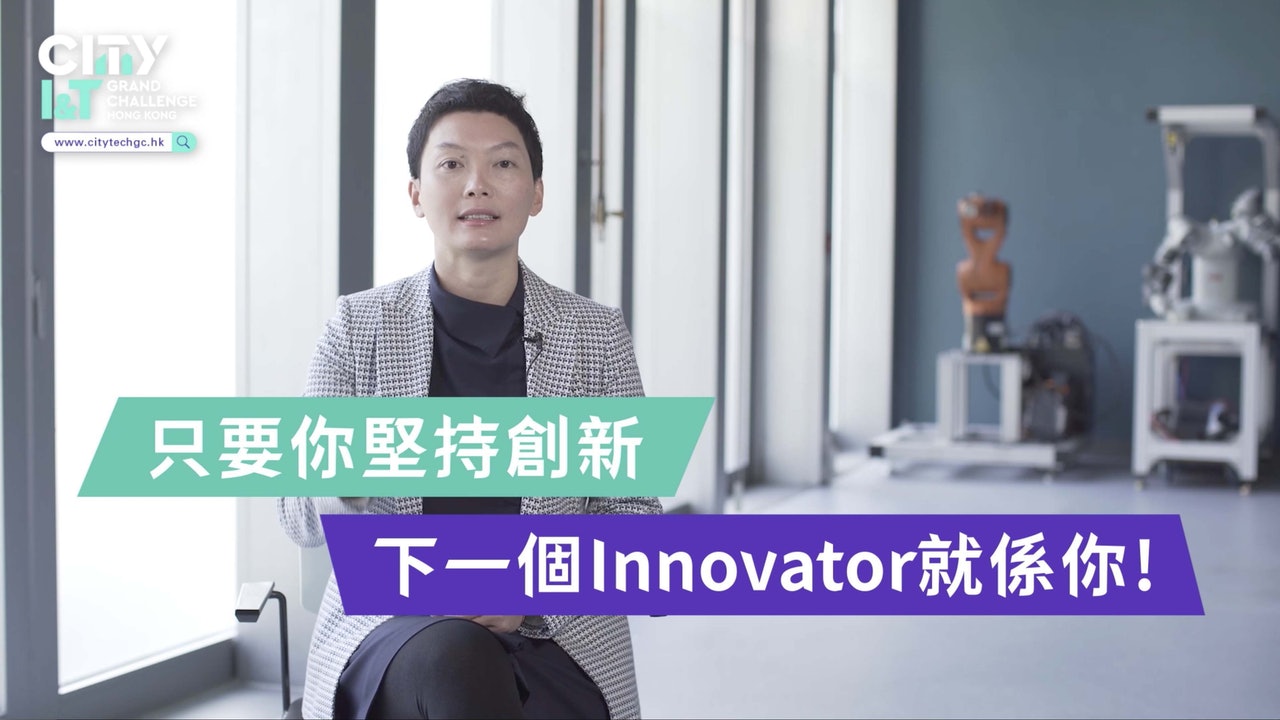