This Wednesday, the French team lifted the veil on the car that will compete in the 2021 season with the tandem Fernando Alonso-Esteban Ocon at its wheel. The litany of presentations for the season which will begin on March 28 in Bahrain continued this Tuesday in Formula 1. Thus, just hours after Mercedes unveiled the curves of its new Silver Arrow, it was at Alpine's turn to reveal the colors of its very first Formula 1. Obviously different colors since, to mark the transition from Renault to Alpine, the brand's traditional yellow with the diamond has given way to a dominant blue, even if, French identity requires, white and red appear here and there.

From a chassis point of view, with the regulations in force this year freezing, no need to look for big differences between the Renault RS 20 and this Alpine A521.

"READ ALSO - Formula 1: why the sulphurous and extremely wealthy driver Nikita Mazepin is no longer welcome

For change, we need to look more behind the scenes.

At the level of the pilots, already, with the replacement of Daniel Ricciardo, left for McLaren, by Fernando Alonso.

The two-time Spanish world champion was not, however, present for this presentation due to his recent cycling accident, which forced him to hospitalization a month ago, unlike his future teammate, the French Esteban Ocon.

Among the reserve drivers, Alpine took the opportunity to announce the arrival of Daniil Kvyat, who was still starting next season in the Alpha Tauri team.

Another change, the arrival at the head of the team of Davide Brivio, from Suzuki in MotoGP, replacing a Cyril Abiteboul no longer part of the F1 project at Renault. Black dress, tricolor edging .... The Alpine is revealed a little The first images of the future Alpine have leaked Formula 1: the very first images of the future Alpine have leaked

Alpine wants to "regularly compete for the podiums" in 2022 F1: Hamilton sets off on record-hunting with his new Mercedes 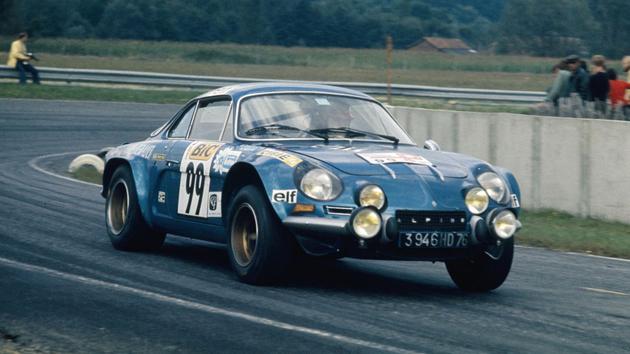 From Berlinette to Formula 1… The Alpine saga, the French outsider F1: After a year 2020 marked by the victory of Gasly, AlphaTauri aims even higher