It was because of a teacher from the Vicente López school: the authorities had to suspend the return to classrooms throughout the establishment.

After the long wait, in many educational institutions in the Province of Buenos Aires, the

Within the framework of the start of the 2021 school year and under the corresponding health protocols, schools and schools once again received students in bubble classrooms, with reduced times and a lot of control.

But in some establishments, the consequences of the pandemic have already begun to put sticks in the wheels.

, located in Vicente López, one of the establishments that could not carry out the corresponding return to the classrooms.

The institution in the northern area of ​​Greater Buenos Aires, which among its significant number of students has in its enrollment

the children of the Minister of Education

, Nicolás Trotta, had to postpone the return since

one of its teachers presented symptoms compatible

"Unfortunately we see ourselves in the need to

postpone the start of classes next Monday and Tuesday

since a teacher is currently diagnosed as a

, and the teaching group is currently

," announced the authorities of the school to the parents of the students through an email sent this Sunday, February 28 in the afternoon.

The Pedro Poveda Institute did not start classes due to a suspected case of coronavirus.

Indeed, the boys could not return to face-to-face classes at the

, one of the two modalities (the other is English) will

to determine if it is carrier of the virus.

, who clarified that he will not comment on that particular school,

Although he did confirm that his children had not returned to the presence this Monday.

The determination made by the Poveda authorities according to the current protocol to avoid contagion sources of Covid-19 was not well received by some mothers and fathers of students, who

did not hide their discomfort

at the postponement (English, which is dictated in turn late, yes it started).

"There is a teacher considered as a suspicious case, but we do not know by whom or how many symptoms he has. All primary level workers, including managers,

for having worked together in the previous days even despite complying with the prevention regulations. They isolated themselves and did not start with classes, "said the mother of a student who complained in WhatsApp chats.

"We do not understand

. At the first difficulty, they closed everything. We understand that the rule, the Jurisdictional Plan, does not say that. We sent emails and a note to the school

and they did not answer anything

, just that they did comply with the protocol in the previous work meetings, respecting the use of chinstraps and distancing. But they did not even offer us to teach classes by Zoom or Meets for the boys ".

It is worth noting that in the notification sent by the institute to the families, Mónica Diéguez (general director), Beatriz Pincemin and Claudia Contartese (legal representatives) remarked that "

the way to proceed

will be indicated by the result

"In the event of

a negative result, we will resume activities normally

. If it is positive, we will apply the corresponding processes," they added in the statement.

the teaching group for tomorrow's shift will remain isolated

At least, this Monday and Tuesday (Wednesday was scheduled in advance not to open, so it also remains to see what will happen on Thursday and Friday with the odd bubbles).

The educational agenda in Vicente López

Classes began this week about

These are the municipal establishments where they began to implement the protocol to prevent coronavirus infections.

As in other territories of the country, the temperature measurement, the use of alcohol in gel and sanitizer and the school days in bubbles of up to 15 students, with distance and masks, marked the pulse of the return to the classrooms.

16 nursery schools with more than 800 students

, who today began the adaptation in person until they reached the hours established by the protocol.

The 1-year-old and baby rooms begin in person on March 29.

The maternity classes are all full-time: that is why each group is divided into two (morning and afternoon).

On the other hand, there are 10 kindergartens and more than 1,300 students, today they all started virtually and tomorrow, Tuesday, room 5 and room 4 begin in person.

Room 3 starts from March 15 and the gardens with full time will work in two shifts (morning-afternoon).

On the other hand, those who have two shifts will have a face-to-face week and another with asynchronous encounters.

Dorrego School, for its part, has 500 students, some boys full-time and others single-time.

Different face-to-face and virtual formats will coexist there to guarantee the classes.

Finally, the Paula Albarracín de Sarmiento School, has more than 1,000 students in two shifts, it will begin next week with two groups that will attend every other week, one in person and the other virtual.

National teaching parity: the Government and the unions agreed to an increase of 34.5%, in three installments 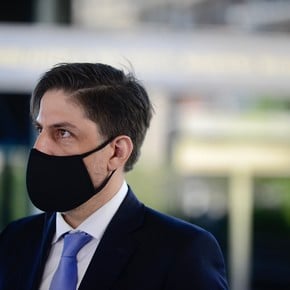 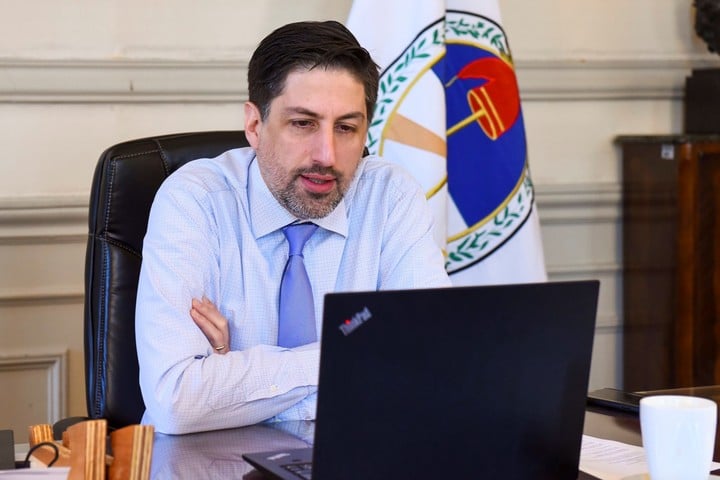 New controversy between the Nation, the Province and the City of Buenos Aires over the start of classes in 2021 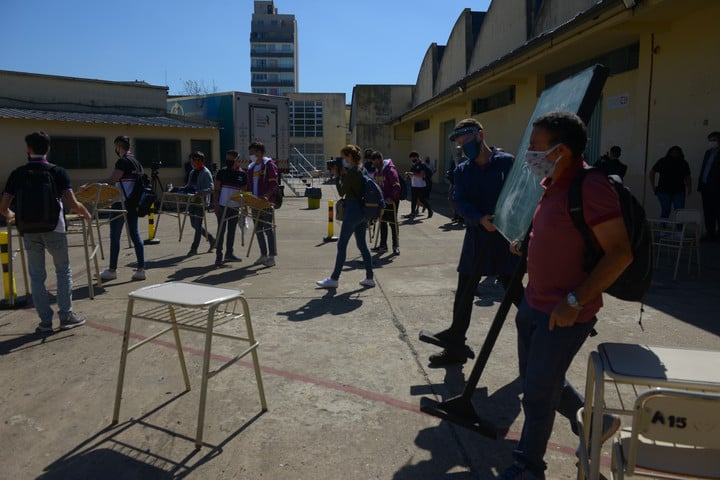 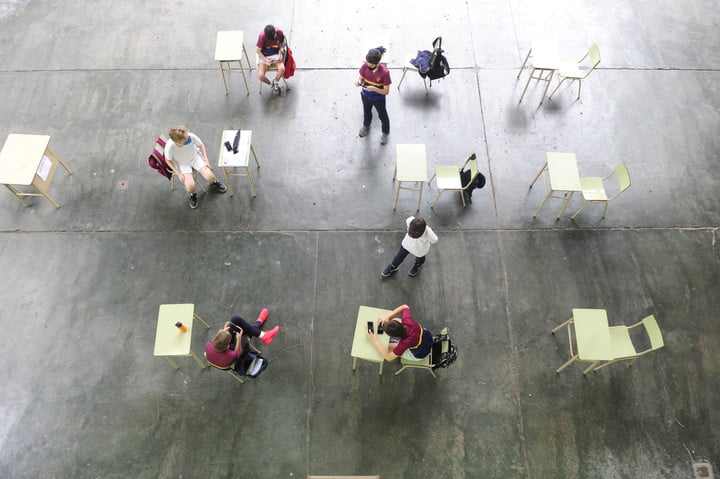 The City confirms that face-to-face classes will begin on February 17: 'We want to avoid irreparable damage' 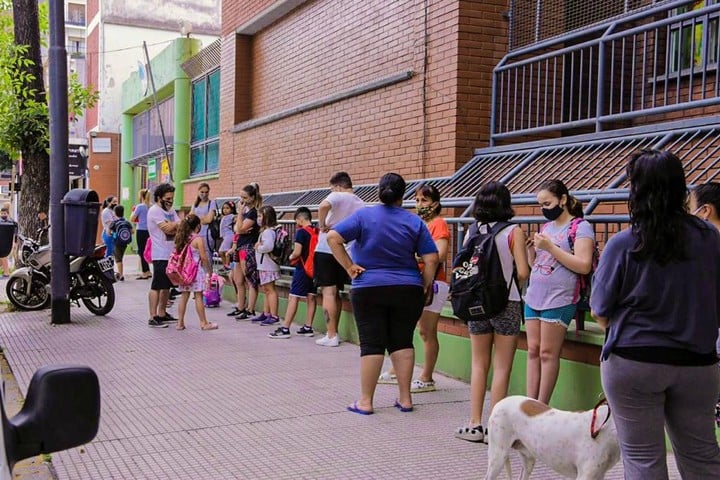 Back to face-to-face classes: how many days will the boys go to school and what they will do the rest of the week 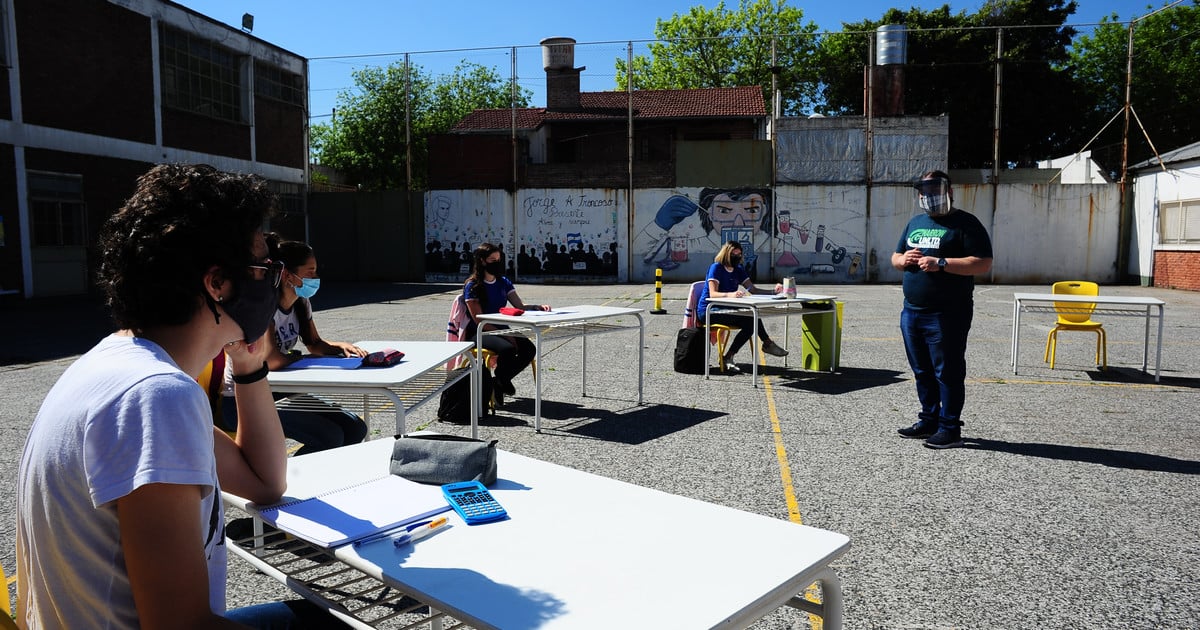 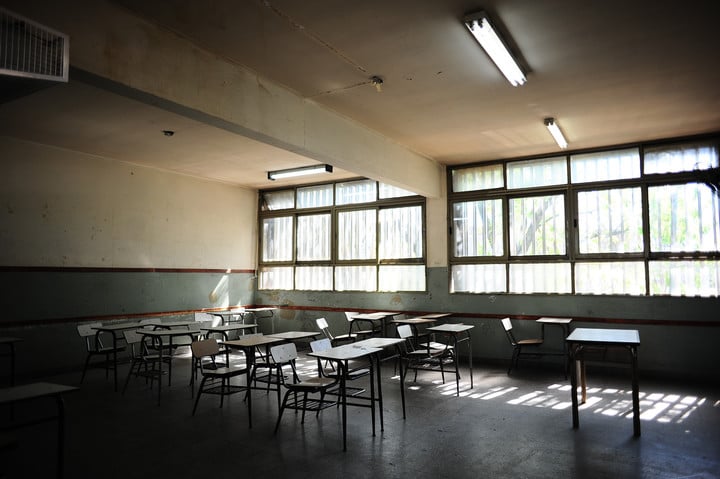 Back to school: what will happen in schools when a coronavirus infection is detected 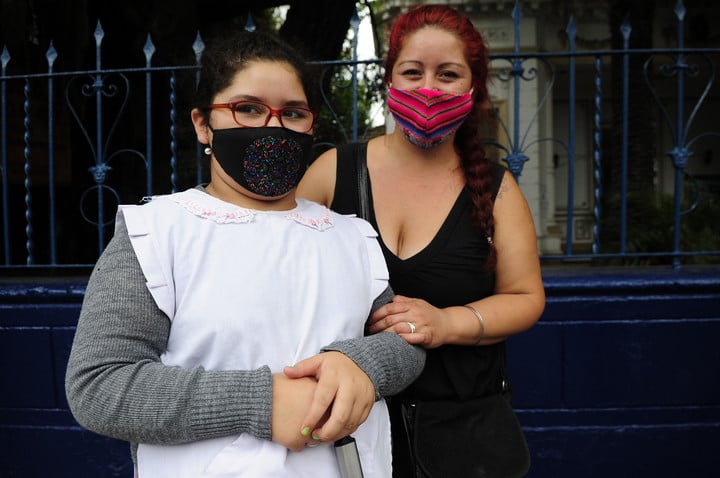 The two faces of face-to-face classes in the Province: those who started and those who did not