The first 60 over 80 year olds are vaccinated

60 cans of Biontech vaccine: This is how the Planegger vaccination center started on Tuesday. From Wednesday, the Bavarian Red Cross immunized 120 Würmtaler daily in the container facility on the P&amp;R parking lot west of the train station. 200 vaccinations are possible, but the vaccine is still missing. 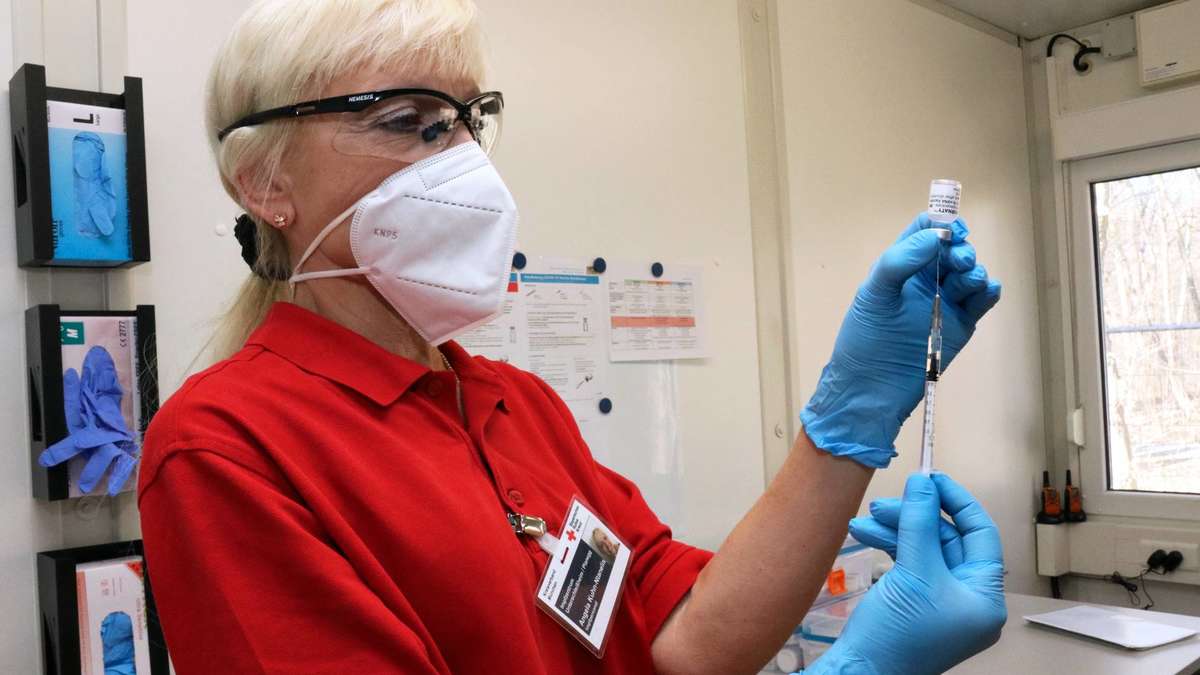 60 cans of Biontech vaccine: This is how the Planegger vaccination center started on Tuesday.

From Wednesday, the Bavarian Red Cross immunized 120 Würmtaler daily in the container facility on the P&R parking lot west of the train station.

200 vaccinations are possible, but the vaccine is still missing.

- The first people who want to be vaccinated come shortly after nine.

Jörg Leismüller, who runs the station together with Alberto Di Miele, sends her away again.

The two women don't have an appointment.

When it starts at 10 a.m., half a dozen are already waiting - with an appointment.

"People over 80 are always very punctual," says Stefan Müller, administrative manager of the vaccination center in Unterschleißheim, the branch of which is the Planegg facility.

The Haberl couple from Neuried, he was 89, she was 86, had registered last week.

The call came on Saturday that it would be their turn on Tuesday.

And Adolf Schauer from Martinsried took so long with his vaccination registration until it was clear that he would come to Planegg.

“If the center hadn't opened, I would have waited for the family doctor to vaccinate.

I definitely didn't want to go to Unterschleißheim, ”says the 84-year-old.

Fourth station in the district

After Haar, Oberhaching and Unterschleißheim, Planegg is the fourth vaccination center in the Munich district, albeit not independent.

"In terms of population, the Würmtal does not need a center of its own," said District Administrator Christoph Göbel at the opening.

"But we assume that within a few weeks a few thousand doses of vaccine will be available every day." Planegg complements "our system well".

Like Unterschleißheim, the location is operated by the BRK district association in Munich.

15 employees, medical specialists and administrative staff, work in the vaccination center at the train station, plus security.

"We are struggling with the fact that space is limited," says administrative manager Müller.

Because of the trees in the west and the railroad tracks in the east, it was not possible to go wide.

Müller: "I think the station is super cute."

In the center there is an FFP2 mask requirement.

If you want to enter it, you first have to have your temperature measured.

Behind the entrance on the left there is a dispenser with hand disinfectant.

In order to be able to fill out the information sheet in the next room at the bar table or while sitting, everyone receives their own ballpoint pen that they can keep.

Then it goes to the waiting room, in which an information film on the subject of Corona is shown.

Behind it, six cabins await those willing to be vaccinated, some with a couch.

The ward is barrier-free, there is a separate wheelchair entrance and the first vaccination booth has a wider door.

Next to it is the wheelchair-accessible toilet.

After a personal consultation with the doctor, the BRK employees administer the injection in the vaccination booth.

Then it goes to the surveillance room.

If there are no side effects, those vaccinated can leave the center and come back for the second dose a few weeks later.

Two refrigerators are ready for the vaccine

The syringes are drawn up in a storage room, behind that is the room with the two refrigerators, the temperature of which is constantly between two and six degrees.

The district receives two vaccine deliveries per week from the Bavarian State Office for Health and Food Safety.

The vaccines intended for the Würmtal are brought from the Klinikum rechts der Isar in Munich in cool boxes to Unterschleißheim and from there to Planegg on the same day.

Integrating Planegg as a subordinate position in the driving process is not possible, explains Müller.

“The defrosting phase begins with the delivery of the cans from the Klinikum rechts der Isar.” There are then five days to inject the mRNA-based vaccine from Biontech or Moderna.

Müller personally drove the first 60 cans to Planegg on Monday.

Another delivery followed on Tuesday.

In addition to Biontech, it contained Astrazeneca, the vaccine that has so far only been approved for under 65-year-olds.

On the first day, only those over 80 were immunized, and from Wednesday “younger clients will also be at the door,” said Müller.

The staff of the station are intended as "substitute vaccines if something is left in the evening".

Along with the slowdown in the operation, starting today, every citizen over the age of 16 will be able to get vaccinated in Corona - Walla! news

Covid-19: two months after its launch, where is the vaccination campaign in France? General practitioner is looking for a person entitled to vaccinate: "Bavarian vaccination management pulls up my toenails"

A strange turn in the vaccination chaos: GPs are finally receiving vaccine - but there are no more patients 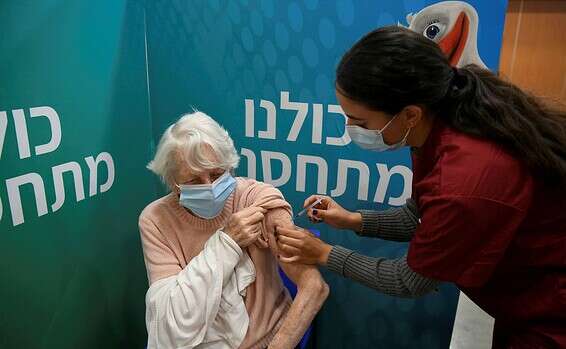