"I believe Bennett will sit under a torch" Israel today

| political Minister Akonis and Yaakov Bardugo discussed the "sleepy" Likud campaign, and the minister said: "Bennett sat with Lapid, maybe they will do week-to-week shifts" • Listen to the podcast Broadcaster Yaakov Bardugo and Regional Cooperation Minister Ofir Akunis Photo:  Eric Sultan 20 days for elections, which may lead to another 120 days of no decision. 120 days of chaos and feud from the semina

Minister Akonis and Yaakov Bardugo discussed the "sleepy" Likud campaign, and the minister said: "Bennett sat with Lapid, maybe they will do week-to-week shifts" • Listen to the podcast

20 days for elections, which may lead to another 120 days of no decision.

120 days of chaos and feud from the seminary of Attorney General Mandelblit with his "assistant" Benny Ganz.

20 days for elections and two burning questions are at stake.

First: Where did Torch go?

He is present at the intersections and centers of his power, but works mostly so as not to be able to "drink" his friends.

Bardugo on the morning - Ophir Akunis

The second and more burning question should bother the right: Where has the Likud campaign gone?

The party holds according to the polls about one million and 300 voters, but only a million go out to vote.

How will people get to the polls when there is no campaign?

Where did the Likud ministers go?

Take to the streets.

You are at war and the media is fighting you, you will fight back.

When you are not out, your public will have to make do with how you are represented in the studios and in "Great Country."

Today we will talk with the Minister for Regional Cooperation and MK on behalf of the Likud, Ofir Akunis, and with the political correspondent of "Israel Today", Yehuda Schlesinger.

Hiding games: Where did Lapid and the Likud campaign go?

Yehuda Schlesinger: "Yair Lapid's campaign is there, only his planned and accurate messages are silent at the moment. There are occasional zoom performances and talking MKs, but no more than that.

The main and craziest thought in the political world in Israel is that 'it must not be too successful' because then it will erase its small partnerships.

Next week we are expected to hear it more.

On the Likud side, there is the problem you are talking about - the 'sleepy campaign'.

From my conversations with Likud MKs, I do not feel that they do not want to work, but that the method of work is a little different. "

"But things are starting to arise. The Israeli public has not paid attention to the election campaign until now, everyone was busy with Corona, children at home, survival. I'm not sure it's too late, there are a lot of digital means in the Likud working with them today.

Akonis: "Bennett and Lapid will sit together"

Likud Regional Cooperation Minister Ophir Akunis said he did not believe Naftali Bennett would not sit under Lapid as prime minister, and that there was such a conclusion between them: "Naftali Bennett will certainly sit under Yair Lapid's government.

Otherwise what will he do?

Will there be a 'kitchen shift' week-week-week headed by the prime minister?

Akunis later revealed that Israeli citizens will soon hear of more "surprising" countries, as he defines them, that Israel will sign with them to normalize relations: "I can not guarantee it will be before the election," the minister stressed, "but can guarantee there will be announcements of very surprising countries. An engine to tell more details at this stage - but there will be a big celebration. "

He also revealed that yesterday (Tuesday) he met with the new emirate ambassador and that there is a trade volume of four billion dollars a year, with the emirates alone.

I'm talking about Mrs. Cohen from a room or Mr. Levy from south Tel Aviv, who want the help.

The citizens of Israel are at the bottom of his campaign. "

"A new political axis has been created here: the Gantz-Mandelblit axis. To a large extent, even the curbing of the economic plan by legal advice, when it fits the Bnei Gantz campaign - it is unthinkable."

Akonis also referred to the Likud's "sleepy" campaign and said: "Our campaign starts tonight in the nation's buildings. You will see things in the streets as well, we will take the Likud voters from the houses to the polls. The main problem is the voters who do not go to the polls. Take the city of Bat Yam, for example. There were 53% of voters there, when in the left-wing strongholds you saw the herd galloping to blue and white. This is currently the main problem, the potential for voting for the Likud.

"When we form a government, we will pass the overcoming clause"

"When a right-wing government is formed in full, we will pass the overcoming clause. This is the order of the day. It will strengthen democracy," Akunis said.

"Israel can no longer exist for a long time with the anachronistic system of government that exists in it. We need a huge change in the system of government to prevent four or five rounds of elections a year. Yes, that also includes a change in the judges' elections. The public, and being stopped every time and for everything and anything, is something that is unthinkable. " 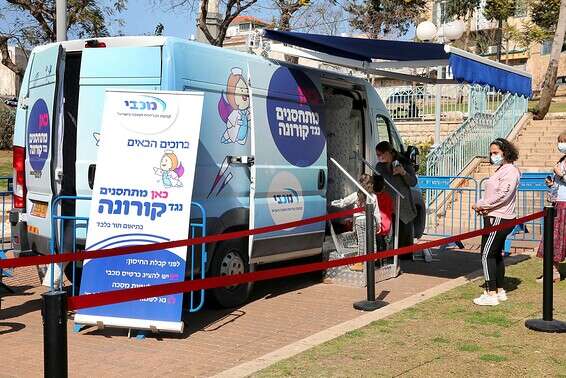 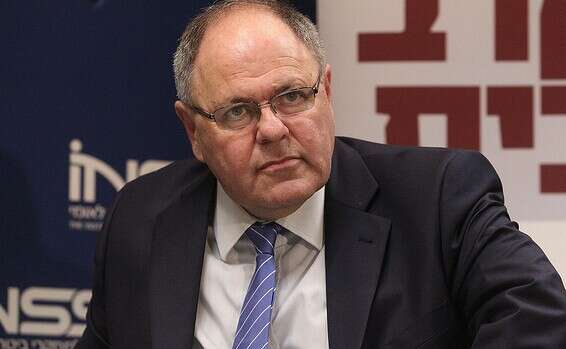 Dayan contradicted Saar: "We will sit down for negotiations with Lapid" | Israel Today

Gideon Saar: Does not rule out rotation with Lapid, and with Bennett Israel today 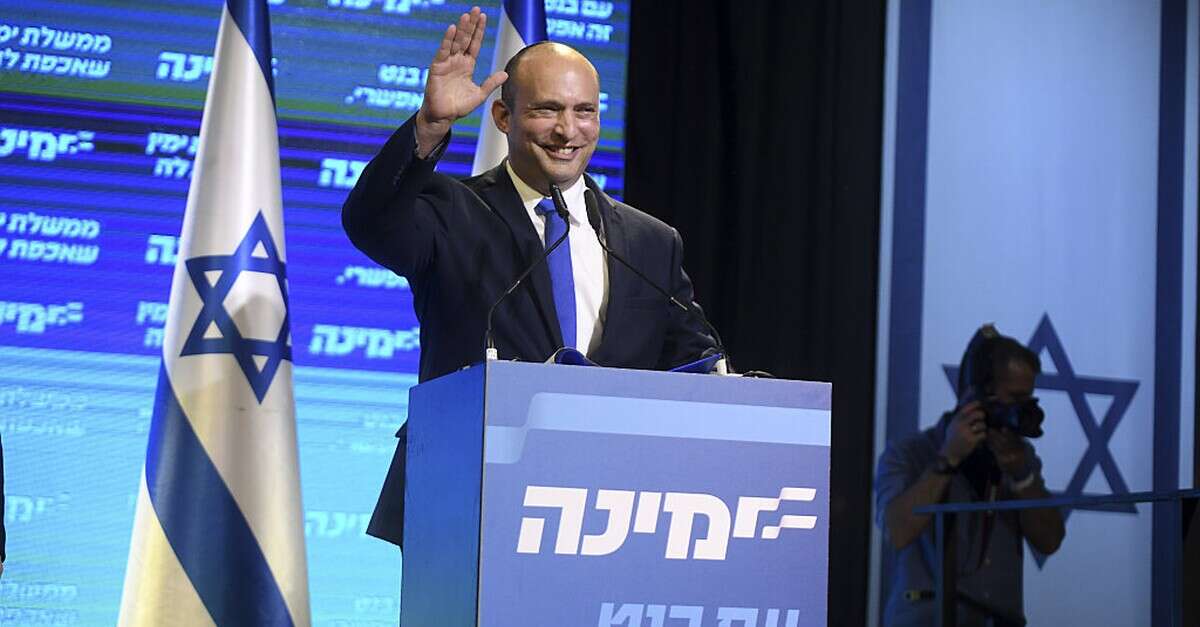 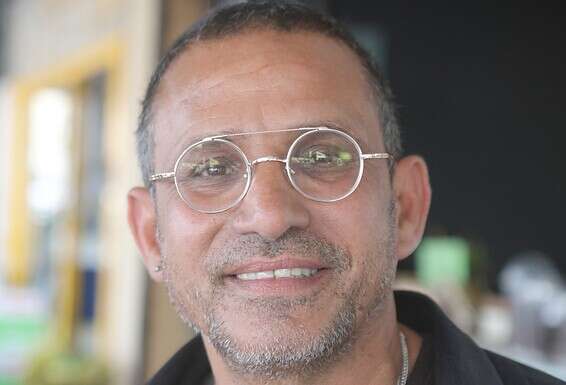 "I believe Bennett will sit under a torch" Israel today 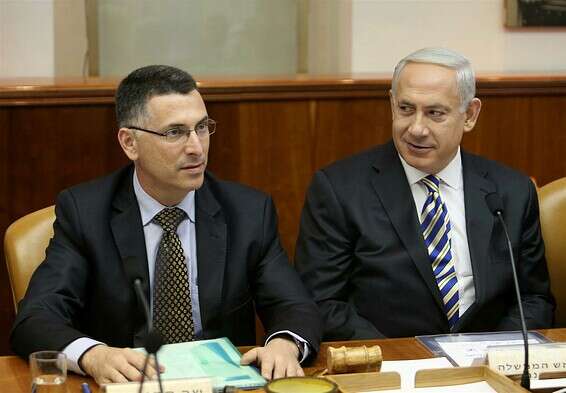 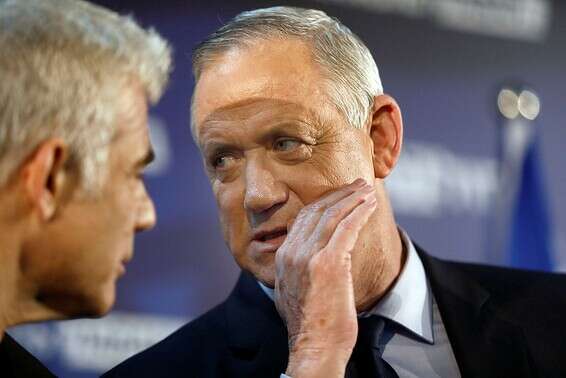 Who will form the government? The president will meet with party representatives next Monday Israel today