"I'm breaking the slab, it's friends who bring me to eat": the cry of rage from a restaurant owner from Champigny

Like thousands of traders, Antonello Brozzu, 51, has not received the aid provided by the solidarity fund since December, because

Until March 15, 2020, Antonello Brozzu felt good in his sneakers.

"I was not rich, but I made a decent living," sums up the restaurant owner from Champigny-sur-Marne.

Then the health crisis gave him a desperate new skin, which "gives him the impression of being assisted", at 51: "I have to log in to ask for money.

For almost a year, he has been renewing the request for help from the solidarity fund every month.

But at the start of the year, a change in the computer system disrupted everything.

“I received a refusal very quickly, by automatic email, for the month of December.

Antonello is far from being the only one in this case: on the Facebook page of the General Directorate of Public Finances (DGFiP), hundreds of traders express the same incomprehension.

In February, more than one in three entrepreneurs had still not received aid for the month of December, according to the Federation of autoentrepreneurs, which is concerned about the deterioration of processing times.

This is “neither a bug, nor an anomaly”, assures the DGFiP, but a “strengthening of certain controls”.

A computer filter that wreaks havoc

“For December, we added an IT filter on turnover.

This was not possible before, because we did not yet have all the data for 2019, explains Jérôme Fournel, the director general of public finances, in an interview with “Ouest-France”.

We have to make sure that the beneficiaries are legitimate to get it.

This is why we now compare the taxpayer's claim for compensation with the activity he declared.

The crisis forces them to confine themselves to their restaurant

This filter is a "nightmare" for Antonello.

"Do we put our lives on hold during the checks?"

I call almost every day, sent six emails, and still don't know why I'm being denied this help.

I double-checked my statement, I screwed up ten euros in their favor.

My restaurant friends are in the same case.

We are not cheaters.

I do not need their help, but that the State lets me work, ”the restaurant owner, who put all his marbles in this business five years ago, gets angry.

In July 2019, Antonello had fitted out a terrace for the reopening of his restaurant.

Its office clientele, working from home, does not allow it to switch to take-out.

Before the crisis, his small Portuguese restaurant, open only for lunch, welcomed a clientele of employees.

Antonello did try to reopen in July, but its turnover turned out to be catastrophic.

“My clients are all teleworking.

He quickly drops the curtain, too bad for the take-out.

“It costs me less to close than to open”.

In November, Antonello breathes a little.

“I have used them to pay off all my debts accumulated since March.

From that moment on, the restaurateur never ceases to sink.

“My landlord was patient but he started procedures with the bailiffs to protect himself from his bank,” worries Antonello, who can no longer pay the rent (2,500 euros per month) for his establishment.

On December 23, "as a Christmas present", his bank no longer allows him to have an overdraft.

The measure does not prevent him, two months later, from accumulating a backlog of 600 euros.

"It's been three months since I haven't had a euro, I'm breaking the bank, even a lettuce I can't buy it, you understand?

he asks, his voice shaking.

These are friends who bring me to eat.

I didn't see my kids during the February vacation because I can't afford a train ticket for them.

Fortunately, my apartment is already paid for, otherwise I will be homeless.

At our request, the DGFiP carried out research on the specific case of Antonello Brozzu.

The problem seems to be related to a simple confusion in the numbers of Siret and Siren, relating to an activity other than catering.

The manager previously owned businesses other than his restaurant.

“There was therefore room for doubt about the nature of her activity and request for help,” she explains.

You have to be vigilant when filling out your form and check that everything is correct and up to date.

Antonello swears he was careful.

“I already had this problem, I didn't want it to happen again.

Apparently they are not updating their files.

Anyway, his situation was rectified the day after our appeal.

According to the Directorate General of Public Finance, around 15 billion euros have already been paid to traders in difficulty, including 357 million euros for those of Val-de-Marne. However, she recognizes that the nine million applications form a "bottleneck", leading to a "tense" waiting situation for entrepreneurs. “We can regret that it takes a little while. "

"I'm breaking the slab, it's friends who bring me to eat": the cry of rage from a restaurant owner from Champigny

Lynching of Yuriy: the teenager, violently beaten in Paris, ensures that he was not part of a gang 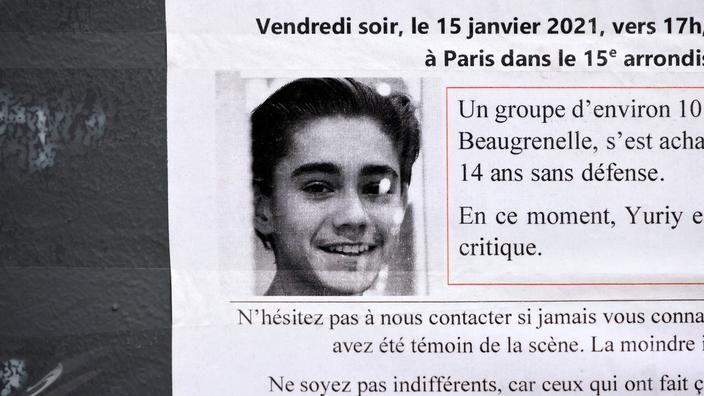 Beaten in January, the young Yuriy ensures that he is not part of a gang 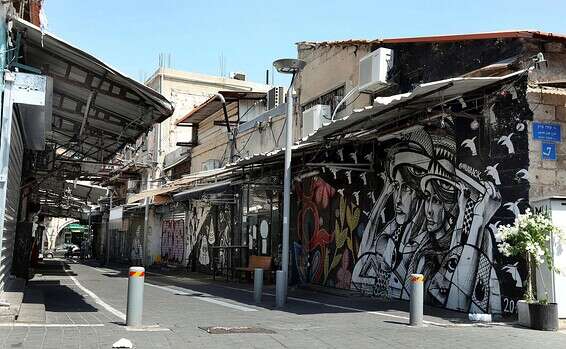 "We can not survive a third closure" Israel today 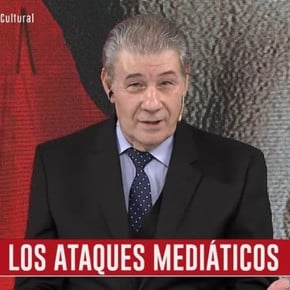 'You are no longer welcome here': Nicolás Wiñazki recounted the bad moment he lived with his family in a restaurant

We tested these restaurants that open clandestinely

"This country is going crazy!" : the owner of an underground restaurant arrested in Neuilly-sur-Seine 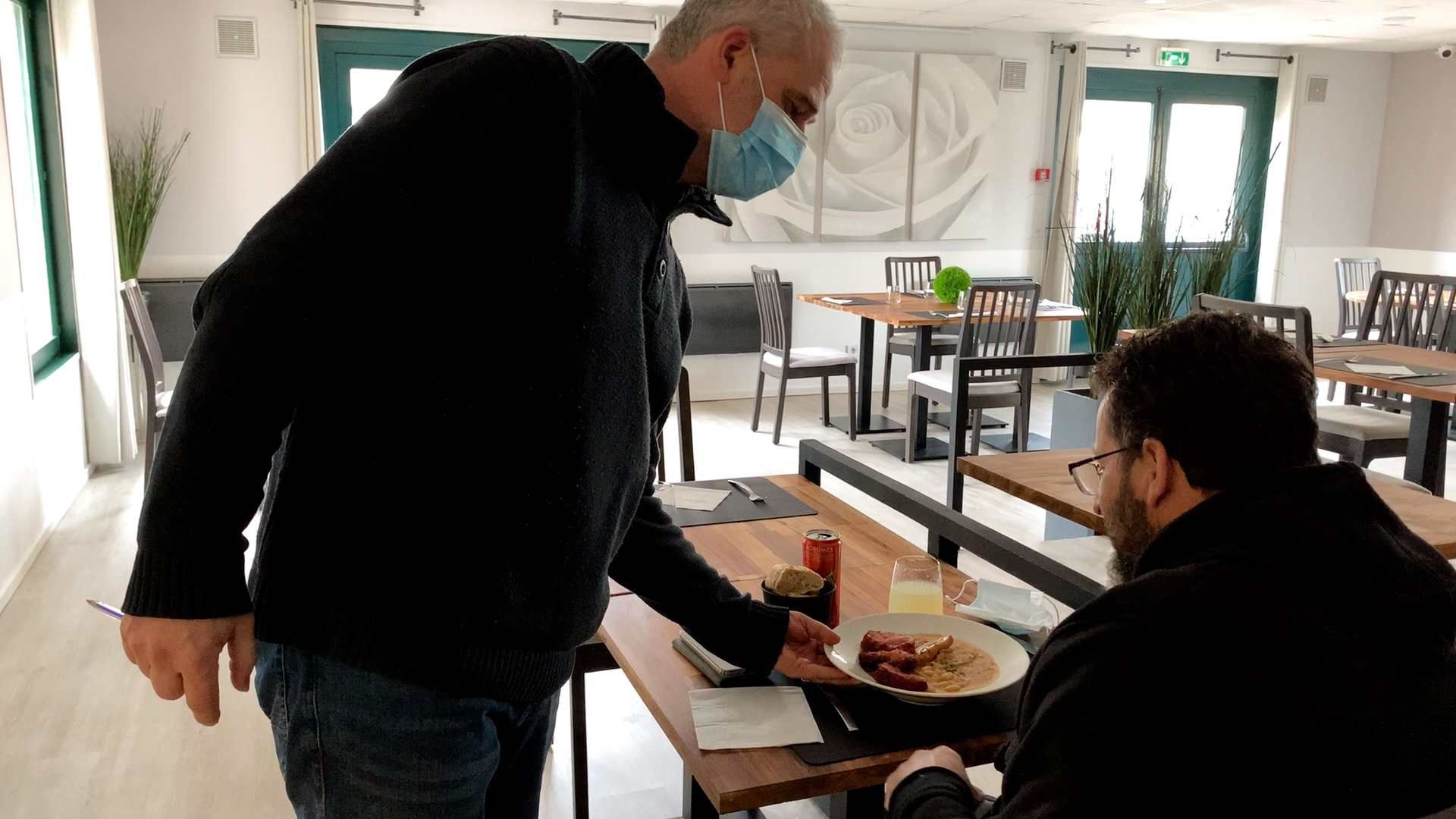 VIDEO. The puzzle of restaurateurs to welcome construction workers