'My brother-in-law hit me,' said the woman before she died without naming which of them killed her

Teresa Leguizamón was able to wield a few words before falling into a coma at the Narciso López Hospital in Lanús. Two days later he passed away. They investigate the partners of their five sisters. 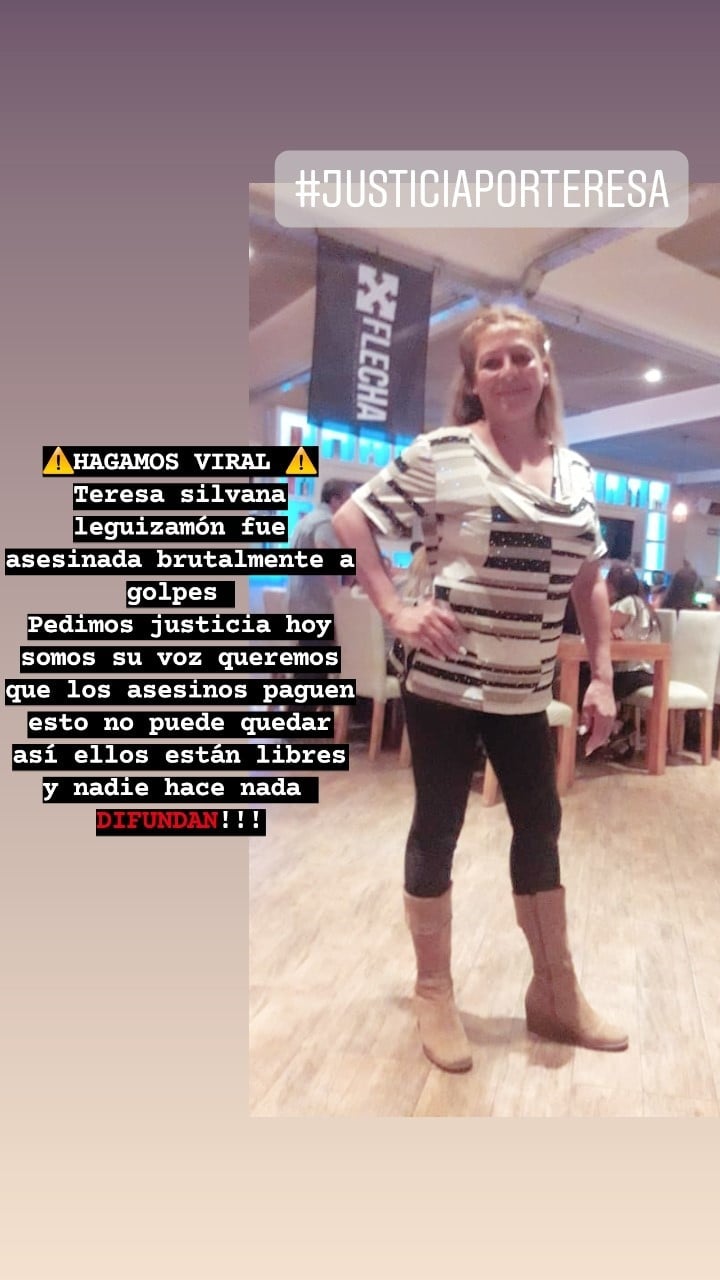 More than a month has passed since the death of

and her family continues to ask the same thing as then: that justice be done, that the cause be moved.

Lanús's neighbor died on January 30 from internal bleeding and a stroke that was caused by multiple blows she received days before she died.

Before dying, her sisters say, Teresa told the doctor who was treating her: "

My brother-in-law hit me

on the head with a stick."

Monica Leguizamón, one of the five sisters of the victim, says that on January 28, Teresa's husband contacted Evangelina, another of his sisters.

“She told him that she had decompensated as a result of the stress caused by finding out that one of her brothers-in-law had had a motorcycle accident.

Something that nothing to see.

The point is that he completely minimized the situation so Evangelina decided to call Nancy (another sister) ”.

Then they called Alex, Teresa's eldest son, 21 years old - he had two other daughters, 16 and 2-, who the next day went to the house and when he opened the door, he found a devastating panorama: “He saw his mother unconscious agonizing in bed with her baby at her side and separated by a chair.

The husband was away, he had gone to work and

apparently had bathed her before leaving.

Alex immediately called the ambulance and they took her to the Narciso López hospital, ”says Monica.

Teresa's family's request for justice in the networks.

In the guard they interrogated her and that was where, "in a state of semi unconsciousness," says Mónica, Teresa said that they had hit her on the head with a shovel.

Two days later, and without coming out of the pharmacological coma to which she had been induced, she died.

The hospital itself made the complaint due to the evidence that it could be a femicide.

But then the ordeal of the Leguizamón sisters began.

“We approached the 10th Police Station and they told us to come back on Monday, February 1, because they didn't work on weekends.

We went that day and they didn't want to take the complaint from us, supposedly because the hospital had already made it and they had to send an expert doctor to look for the medical history ”, recalls Monica.

"On Thursday they transferred the body to the Lomas morgue and finally confirmed the cause of his death: beatings."

Although there are suspects, since Teresa mentioned a brother-in-law, no one has yet been summoned to testify.

“They changed the prosecutor and the truth is everything is very slow.

They have already made all the corresponding inquiries but this is not progressing.

The femicide was on January 30, we are already finishing February and they still haven't moved their eyes to read my sister's case, ”says Monica.

And he says that they still do not know which of the brothers-in-law could be involved in the femicide, "but the husband was an accomplice," he remarks.

The request for justice from Teresa Leguizamón's family.

“Supposedly he arrived from work on the 28th, he saw her lying on the floor, he picked her up, bathed her and laid her on the bed, all bruised with hemorrhages in various parts of the body.

Later he says he called SAME who came to his house but they did not take her because 'it was a dizziness and nothing more', but from what I saw in the photo of the morgue even the most foolish realizes that something had happened to him my sister, ”says the victim's sister.

The case is in the Functional Instruction Unit (UFI) 8 of the Avellaneda-Lanús Judicial Department, specialized in crimes against sexual integrity and family and gender violence, in charge of the prosecutor María Soledad Garibaldi.

According to the judicial investigation, Teresa was a

victim of gender violence for

a long time since her husband controlled and restricted her to such an extent that he did not allow her to communicate with her own relatives.

"He broke her cell phones and in this way no one knew anything about her and she also minimized the situation, that's why we didn't know anything," says Monica.

Currently the family is waiting for a response and justice present so that he or those responsible can pay for the events.

"We only want the immediate arrest of the guilty and that it be a trial with the full weight of the law," concludes Mónica.

They made the barbecue: the camera of a bar shows how they loot tables and chairs "on the go" 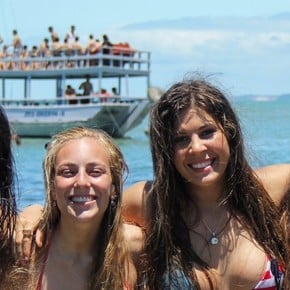 'He got off and killed him', they investigate the crime of a young man behind the triple shock of Alejandro Korn 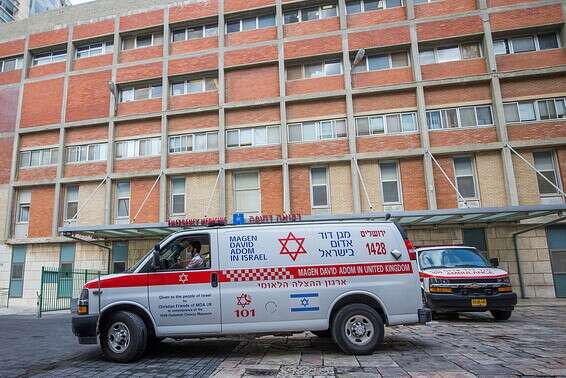 Relatives of the pregnant woman who died of corona call: "Go get vaccinated, take care of themselves" | Israel today 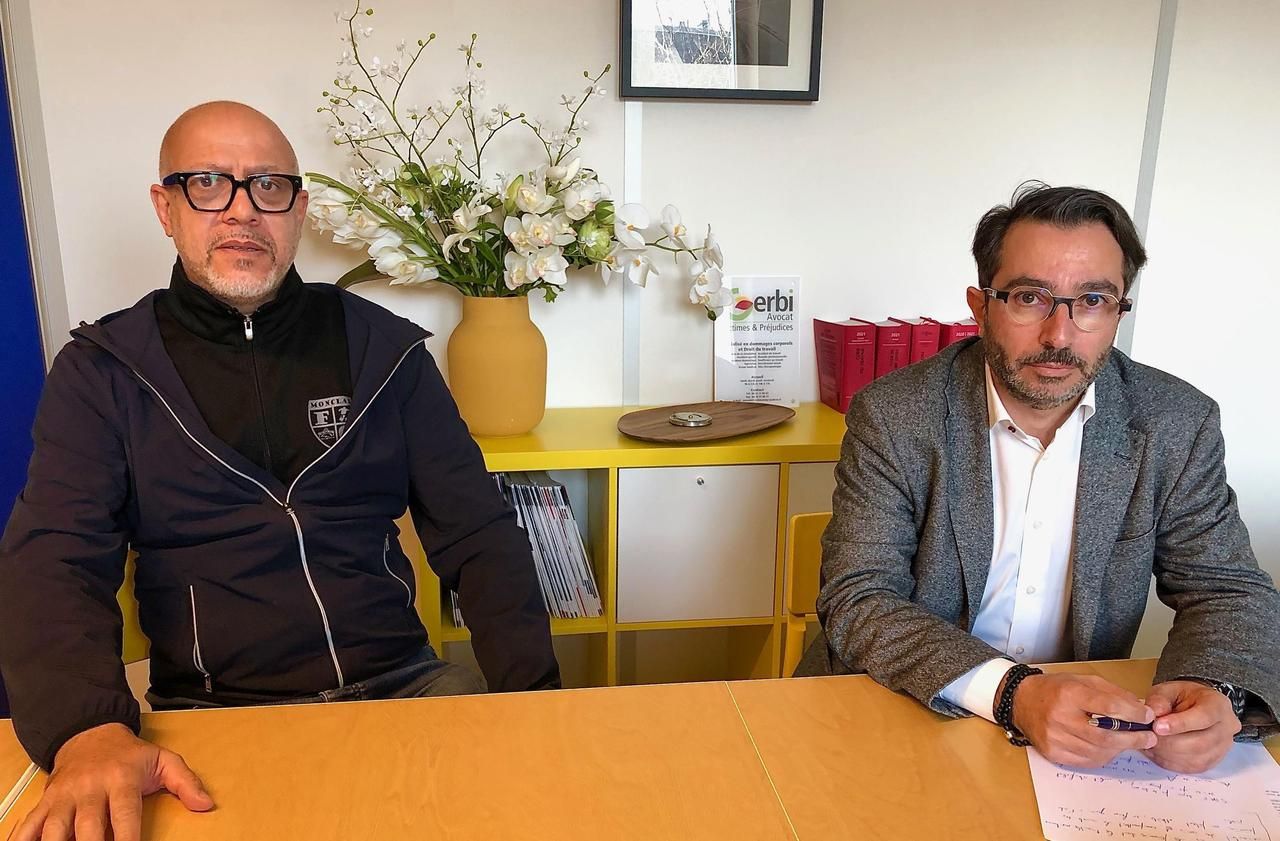 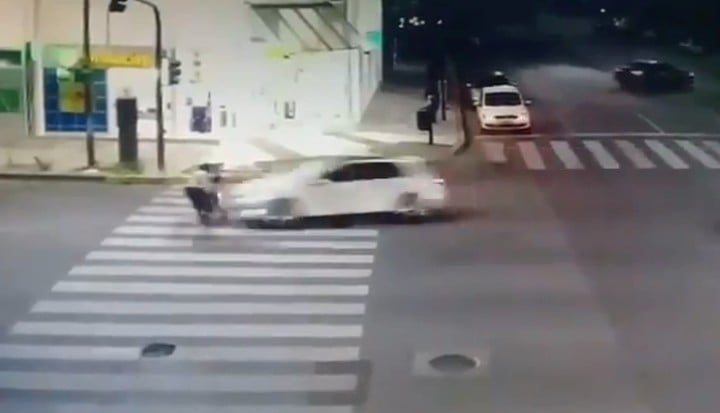 One month after the death of Isaac Sus, the boy run over in Flores: 'Every day is worse, every day he is missed more'

Nawel, 23, stabbed: her parents devastated by the release of the suspected killer 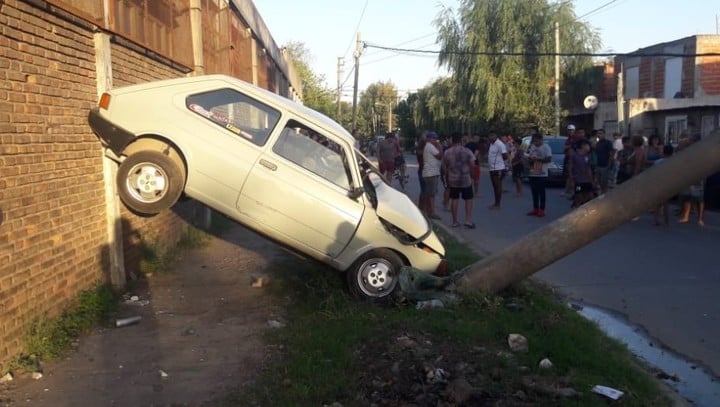 'His son went out to kill': the strong cross between the mother of the boy who was driving the car and the brother of the victim in González Catán 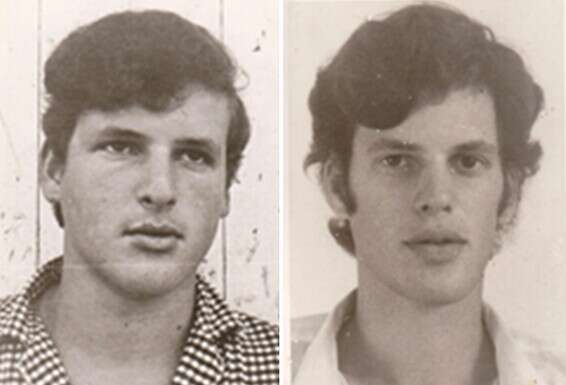 And another knock on the door: When bereavement struck twice | Israel today