18 torn animals - Another wolf attack in the Bayreuth district?

Seven wild animals were killed in an attack in Bavaria. Traces probably indicate one or more wolves. Now there was another attack. Seven wild animals were killed in an attack in Bavaria.

Now there was another attack.

Again 18 animals were killed in a game reserve in the Bayreuth district.

The tracks indicate a wolf, said a spokesman for the Bavarian State Office for the Environment (LfU) on Wednesday.

It could be the second wolf attack in Betzenstein within a few days.

Bayerischer Rundfunk had previously reported on it.

The LfU confirmed that the fallow deer that had been killed was found on Wednesday morning.

Not even two kilometers away is the enclosure where four days earlier, presumably wolves from the pack in the Veldensteiner Forest invaded.

The owner had found seven wrecked animals there, including three red deer and four wild sheep.

Even before the enclosure of the first attack, experts saw wolf tracks again, said the LfU spokesman.

But a new fence protected the animals.

The wolf probably moved on and looked for another enclosure, the experts suspect.

Analysis of samples must first show whether it is actually one or more wolves in both cases.

In Bavaria there are locally-based wolves or wolf packs in eight regions.

In addition, individual wolves are detected almost every week elsewhere, most recently in early February in the districts of Amberg-Sulzbach and Neustadt an der Waldnaab.

According to the LfU, these are mostly migrating animals that have left their parental packs and are looking for their own area.

Man finds seven animals dead in the game reserve: Was it an attack by a wolf?

Bayreuth - Seven animals were torn down in an attack in a game reserve in Betzenstein (Bayreuth district).

The tracks indicate one or more wolves, as the Bavarian State Office for the Environment (LfU) announced on Monday.

Experts have now examined the enclosure and taken genetic samples.

Analysis of the samples will show whether it was actually a wolf attack.

Man finds seven wild animals dead in their enclosure: was it a wolf?

Some animals escaped in the attack.

Experts suspect that wolves from the pack in the Veldenstein Forest invaded the enclosure.

The enclosure was not specially protected against wolves, as a spokeswoman for the authority emphasized.

The owner also did not apply for a special fence, although the material and installation costs in the area are usually completely covered by the authorities.

Should a wolf actually have killed the animals, the Free State will also compensate the costs for the damage.

Video - Wolves in Bavaria: More and more animals are at home in the Free State

Wolves in Bavaria - animals are detected almost every week

In eight regions in the Free State there are location-based wolves, or wolf packs.

Almost every week, individual wolves are also detected elsewhere - most recently in early February in the districts of Amberg-Sulzbach and Neustadt an der Waldnaab.

According to the LfU, these are mostly migrating animals that have left their parental packs and are looking for their own area.

The detection of young animals in the Bavarian Forest is putting politicians under pressure.

Many questions have not been clarified in Bavaria.

Conservationists and associations are now calling for actions instead of words.

18 torn animals - Another wolf attack in the Bayreuth district? 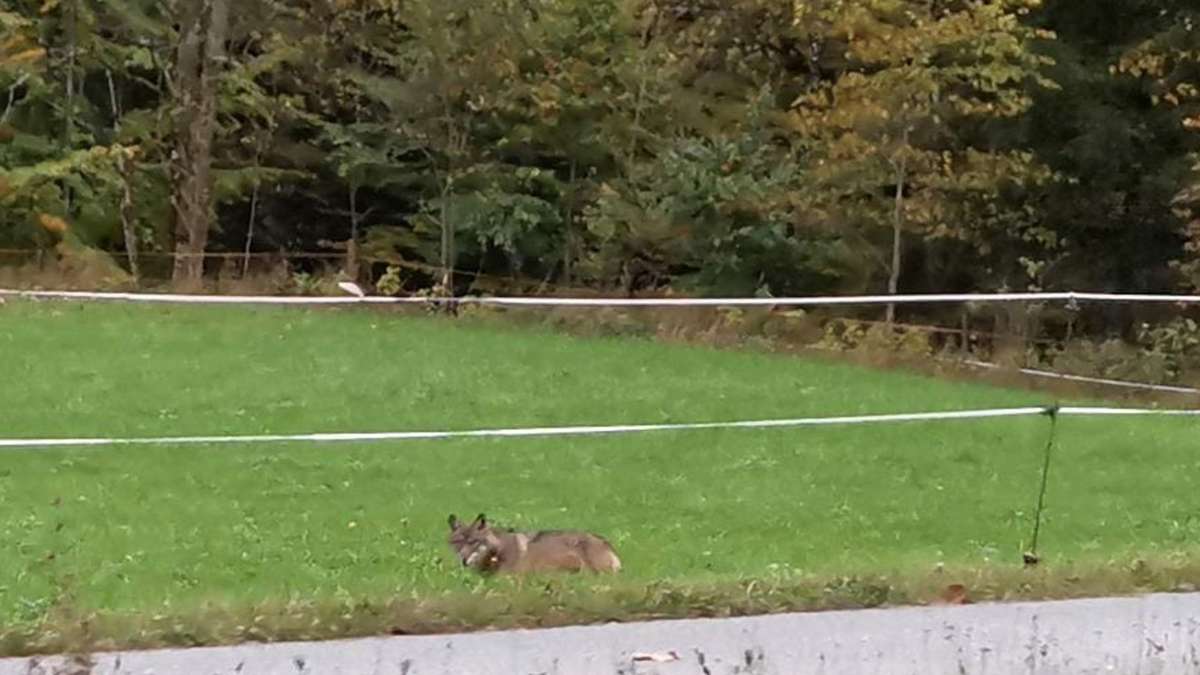 Man finds seven animals dead in the game reserve: Was it an attack by a wolf?