In the end, was it the Nüßlein case? After months of tug-of-war, Merkel's GroKo finally agreed on a lobby register - violations can be expensive. In the end, was it the Nüßlein case?

After months of tug-of-war, Merkel's GroKo finally agreed on a lobby register - violations can be expensive.

Berlin - The grand coalition agrees on the introduction of a lobby register.

Most recently, the CSU politician Georg Nüßlein made the headlines.

The MP is being investigated, among other things, because of the initial suspicion of bribery of elected officials in connection with the purchase of corona respirators.

Nüßlein's lawyer denies the allegations - but the pressure on the GroKo increased again.

Despite months of negotiations, the Union and the SPD threatened a massive flop in the search for a lobby agreement, as

So now the turnaround, the CDU / CSU and SPD parliamentary groups have agreed on a register.

The obligation to register should apply to lobbying with members of the Bundestag, parliamentary groups and the federal government, as both sides confirmed on Tuesday evening.

Initially, the ARD capital studio reported on the agreement.

The SPD is satisfied with the outcome of the negotiations.

"We persisted, it paid off," said parliamentary group vice-president Dirk Wiese to the

It is a "good day for more transparency".

Merkel's GroKo still comes to an agreement at the lobby register: Violations cost up to 50,000 euros

In future, professional interest representatives will have to enter themselves in a register and provide information about their employer or client, the number of employees and financial expenses.

In this way, the grand coalition creates "significantly more transparency and traceability in the emergence of political projects," said the Union.

In ministries, meetings down to the function of a sub-department head should make an entry in the register necessary, said the MP Matthias Bartke, who negotiated the agreement for the SPD parliamentary group as rapporteur on the subject.

The lobby register should be kept digitally at the Bundestag and be publicly accessible.

Violations are expected to result in a fine of up to 50,000 euros.

Lobbyists do not need to disclose individual contacts, explained Bartke.

However, interest representatives would have to register if they had contact with the group of people recorded in the government and the Bundestag.

Anyone who does not adhere to it will be blacklisted.

“Lobbyists are more afraid of that than of a fine,” said Bartke.

The draft could therefore be approved by the plenary in March. 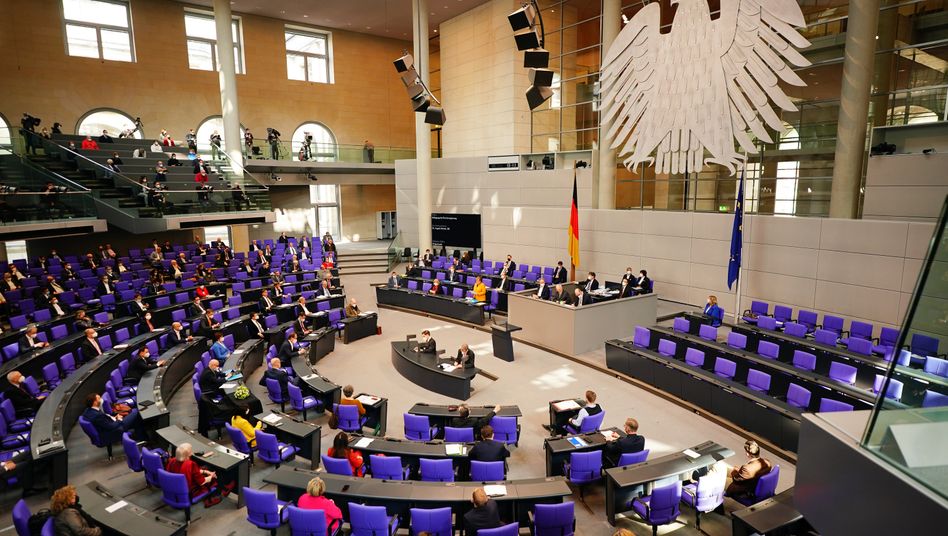 After the mask disaster: Union agrees to strict parliamentary rules - "On euros and cents"