Adolf Hitler and Amazon? Not a good combination, the British in particular were horrified when they saw the app's new icon.

Not a good combination, the British in particular were horrified when they saw the app's new icon.

Munich - Adolf Hitler and the Nazi era were the darkest chapter in history.

In this country, history is eagerly dealt with in order to educate and avoid repetition.

Unfortunately partially unsuccessful, as you can see from the compilation of the federal government.

A certain party is now being monitored by the secret service.

The Nazi era was by no means a “fly shit”.

But now it became an issue again in connection with Amazon.

Amazon's shopping app has been restructured, and some people didn't like it at all.

The new icon was released at the end of January - and promptly caused outrage.

The light brown square with a blue jagged base and a curved arrow may have come across many people.

But that doesn't exist anymore.

While the symbol was initially compared to the Youtuber Rezo in this country (because of his blue hair), other countries mainly thought of Hitler.

Here is the logo that caused controversy.

(You can swipe left and right on the white arrow)

There is a saying in English: "You can't unsee it".

This is used under many optical illusions or images to make clear a detail that is inconspicuous at first glance and then no longer “cannot see it”.

The British tabloid, alluding to Hitler and "You can't unsee it", headlined: "YOU CAN'T NAZI IT" and contrasted the jagged logo with a picture of Hitler's beard.

While the British are clear about their opinion, there are some Germans who find this strange.

"Anyone who sees a grinning Hitler should urgently receive psychological treatment ...", says one on Twitter.

Another writes: "Of course you can see Adolf Hitler anywhere if you want".

Nonetheless, the shitstorm seemed to be gaining the upper hand.

And how does Amazon react?

The logo was secretly changed to a blue square with a folded corner.

Without issuing a major press release, while the first change to the logo was still the goal of "creating anticipation, excitement and joy".

Der Spiegel quotes journalists and blogs who only noticed the new, changed icon by chance.

Guardian journalist Alex Hern tweeted: "I totally missed the fact that Amazon secretly changed the logo ... and it looks less like Hitler".

The white logo with a blue shopping cart and the blue-jagged icon are now history, just as Hitler should be. 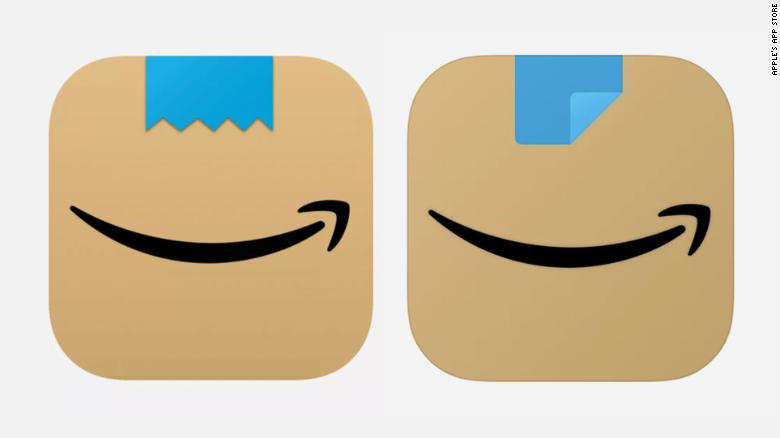 Amazon changed the icon of its app, after unfavorable comparisons 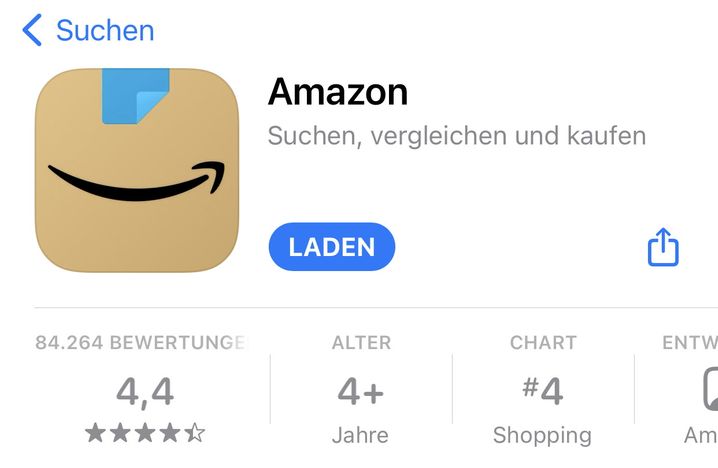