Some Catholic bishops have intervened to dissuade Church members from getting the Johnson &amp; Johnson vaccine.&nbsp; 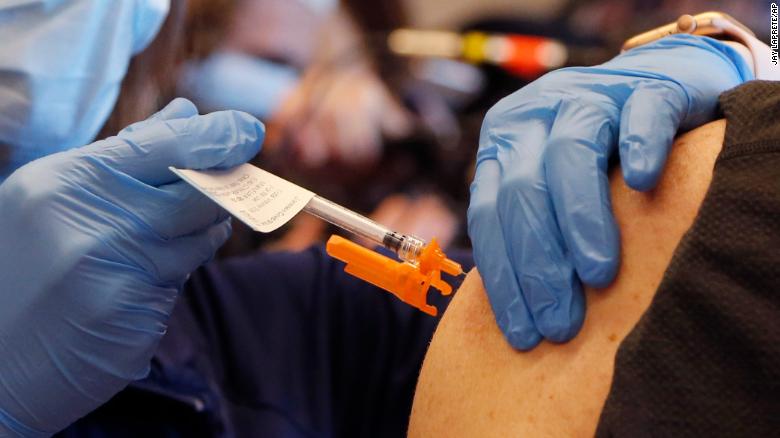 As officials and health experts are in the race to vaccinate Americans against COVID-19, some Catholic bishops have stepped in to dissuade Church members from getting the recently approved one-dose vaccine. from Johnson & Johnson.

The US Conference of Catholic Bishops, as well as at least 6 other dioceses across the country, have released statements expressing "moral concerns" about the vaccine due to the use of laboratory-grown cells that are descended from cells extracted from tissue. aborted fetuses in the 1980s.

The vaccine is the third licensed in the United States.

Unlike its predecessors, from Pfizer / BioNTech and Moderna, the Johnson & Johnson vaccine requires only one injection and can be kept at normal refrigerator temperatures, making it easy to transport.

Health experts have warned that Americans should receive the vaccine offered to them.

LOOK: US Catholic Bishops call not to apply Johnson's vaccine & # 038;

"We are not in a scenario where we can choose vaccines."

Before the US emergency use authorization for the Johnson & Johnson vaccine, the doctrinal office of the Roman Catholic Church, the Congregation for the Doctrine of the Faith, said that “it is morally acceptable to receive the covid vaccines -19 who have used cell lines from aborted fetuses in their research and production process.

The new statement from the Conference of Bishops contradicts a note approved by Pope Francis, who received a vaccine in January.

The December note said that "the use of such vaccines does not constitute a formal cooperation with the abortion from which the cells used in the production of the vaccines are derived."

In a statement to CNN, Johnson & Johnson said: “We are proud to bring our COVID-19 vaccine to the world and to contribute to ending this pandemic.

Our single-shot COVID-19 vaccine uses an inactivated non-infectious adenovirus vector - - similar to a cold virus - that encodes the coronavirus 'spike' (S) protein, and there is no fetal tissue in the vaccine.

We can manufacture hundreds of millions of doses using our engineered cell line system and we look forward to delivering those doses around the world and helping to meet the critical need. '

An administration official pointed out the December Vatican statement to CNN, adding that the Biden administration is also "addressing concerns and working with local messengers on how to address that, including religious leaders."

Make a vaccine with cells that descend from fetal tissue

Pfizer / BioNTech and Moderna used cell lines originating from fetal tissue to test their vaccines, while Johnson & Johnson used them in "development, confirmation and production," according to Dr. James Lawler, an infectious disease expert at Nebraska Medicine.

Those cells are thousands of generations removed from the original fetal tissue, Lawler said.

Along with the use of cells, the Johnson & Johnson vaccine is manufactured differently than the other two licensed vaccines.

The company developed an adenovirus vector vaccine, in which adenovirus, which has been modified to not cause disease, carries genetic material with a coronavirus spike protein into the body so that a person's cells can produce the spike protein. by itself and activate your immune system against the virus, Lawler said.

Johnson & Johnson used the fetal cell line because it is "a well-studied industry standard for the safe and reliable production of viral vector vaccines," Lawler said.

What the bishops say about the vaccine

But now, the statements of the American bishops are encouraging Catholics to choose to receive the Pfizer / BioNTec or Moderna option when possible.

The Archdiocese of New Orleans called Johnson & Johnson's vaccine "morally compromised" in a statement last week, and the Dioceses of Baton Rouge, New Orleans and Burlington, Vermont, have issued statements expressing concern about the vaccine.

Bishop Michael Duca of the Diocese of Baton Rouge issued a statement that reads: "If for any reasonable circumstance you can only receive the Johnson and Johnson vaccine, you should feel free to do so for your safety and for the common good."

LOOK: What measures should those who are already vaccinated take?

The statement, which was echoed in Burlington, went on to say that the decision to receive the vaccine is between an individual conscience and their healthcare provider, but that "in no way does the Church's position diminish the wrongdoing of those who chose to use lines. cell phones from abortions to make vaccines «.

While the Pfizer and Moderna vaccines should be chosen over those of Johnson and Johnson whenever possible, the US Conference of Catholic Bishops said in a statement Tuesday that it is "morally acceptable" to receive vaccines when options are "ethically irreproachable. " Are not avaliables.

"Given the global suffering that this pandemic is causing, we reaffirm that getting vaccinated can be an act of charity that serves the common good," the statement said.

The statement was an update of one published in December that echoed the Vatican statement, saying that the Pfizer and Moderna vaccines were morally acceptable despite their "remote connection to morally compromised cell lines" due to the severity of the pandemic. . 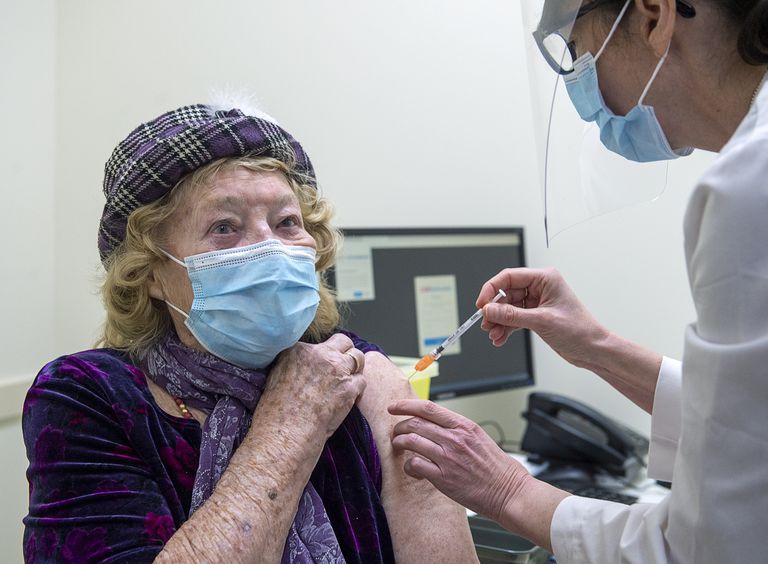 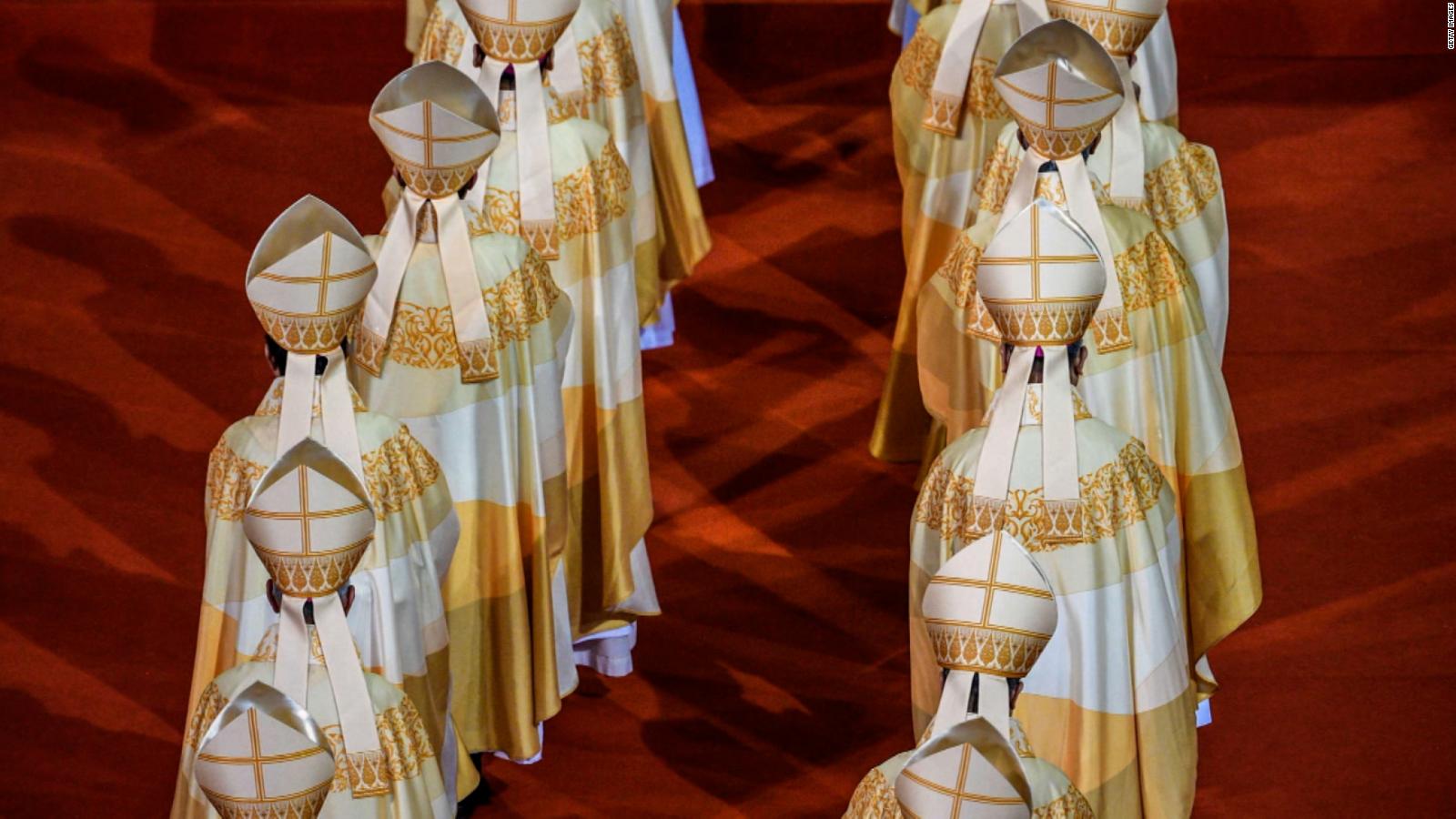 US Catholic Bishops Call Not To Get Johnson &amp; Johnson Vaccine | Video | CNN 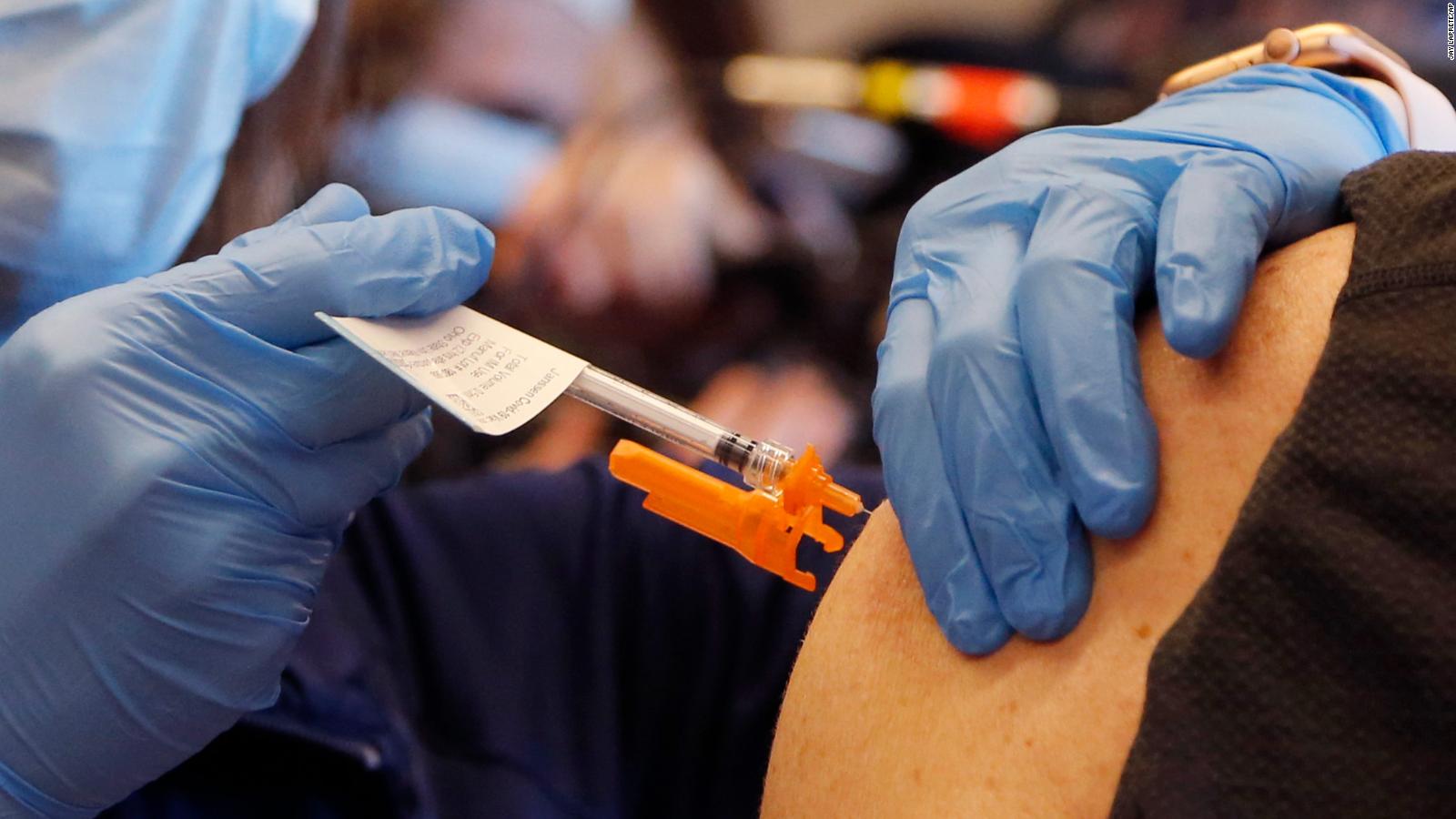 What is the difference between the covid-19 vaccine and others? | Video | CNN 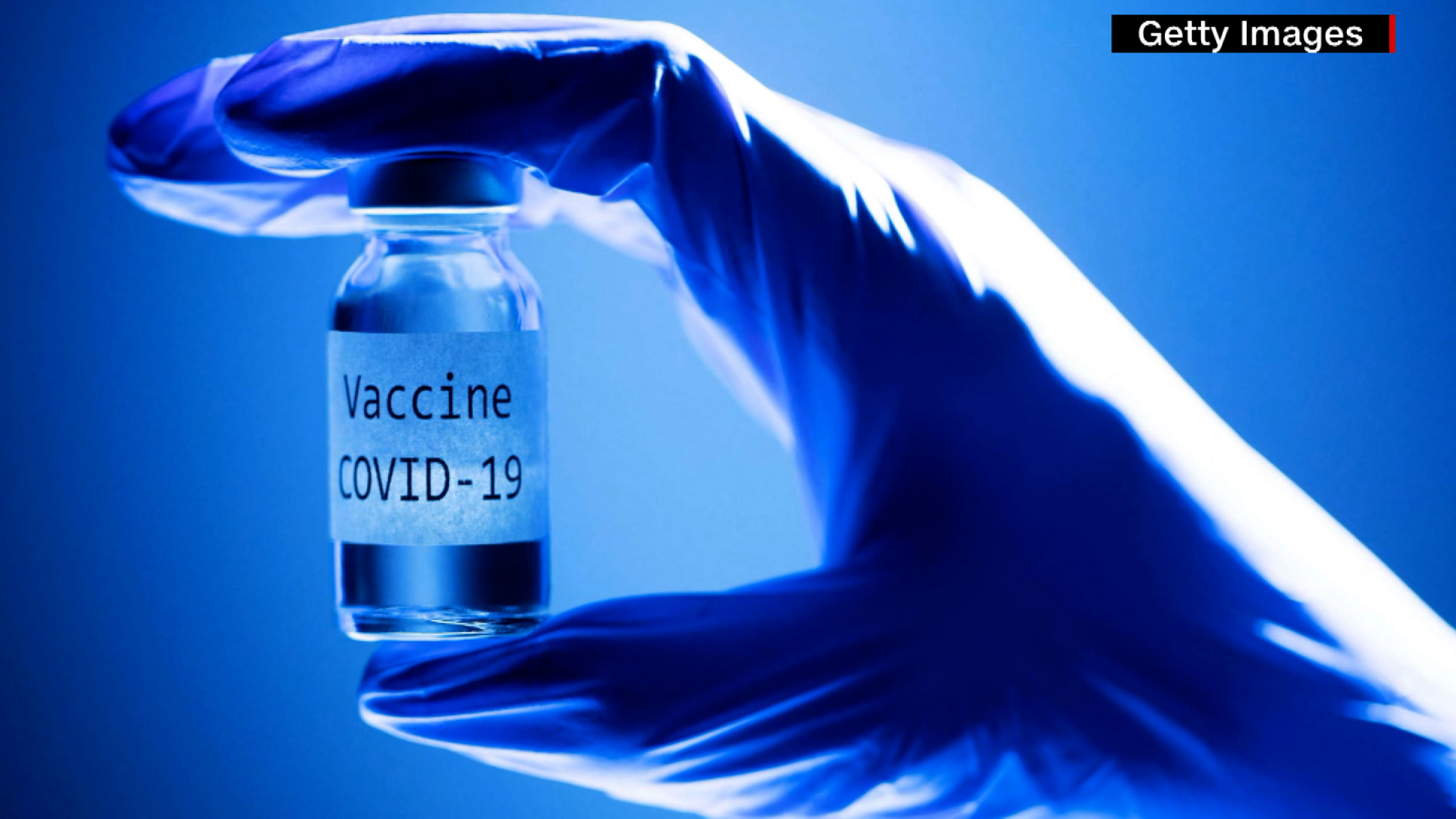 What do vaccines for covid-19 contain? An expert responds | Video | CNN 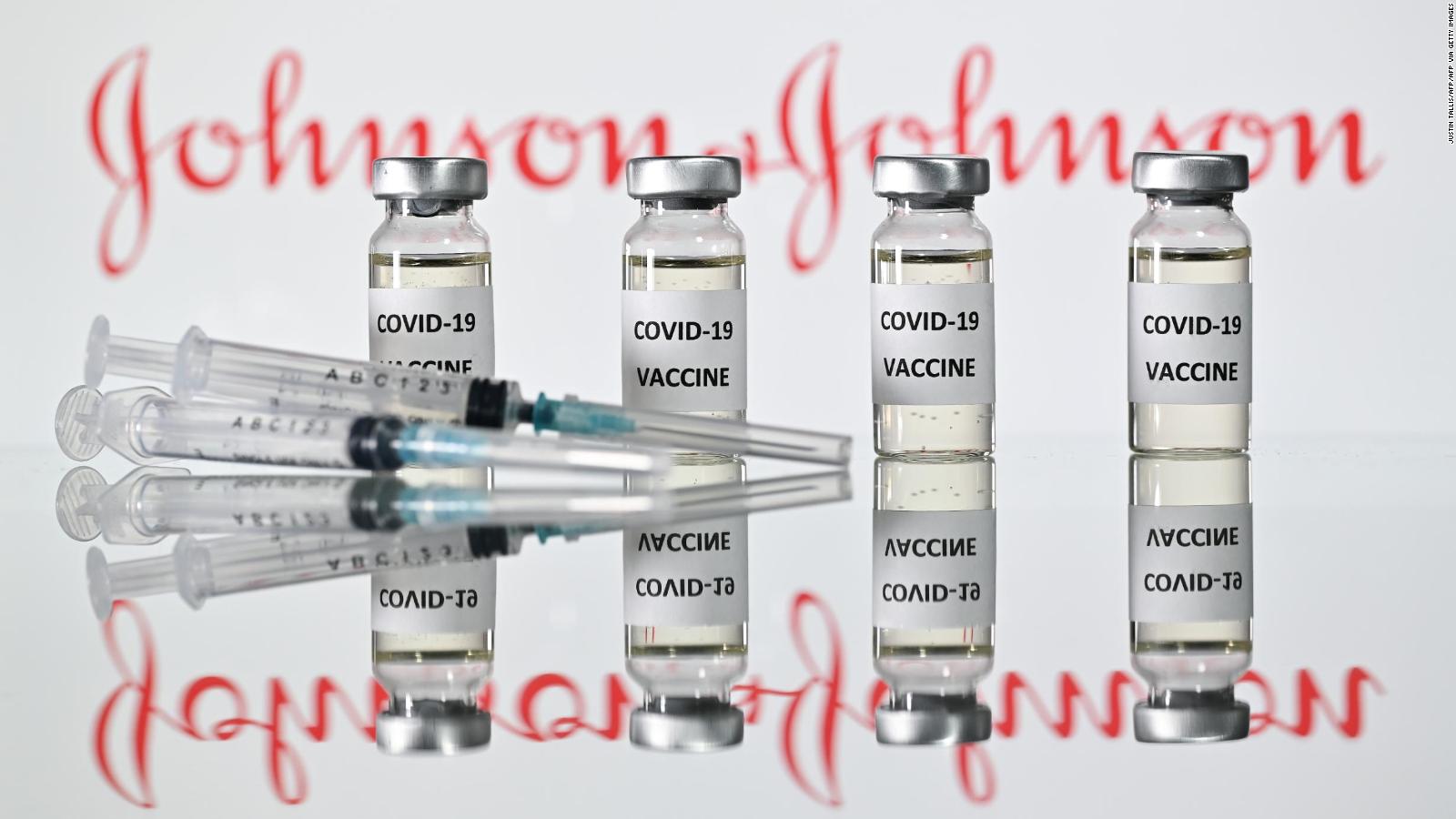 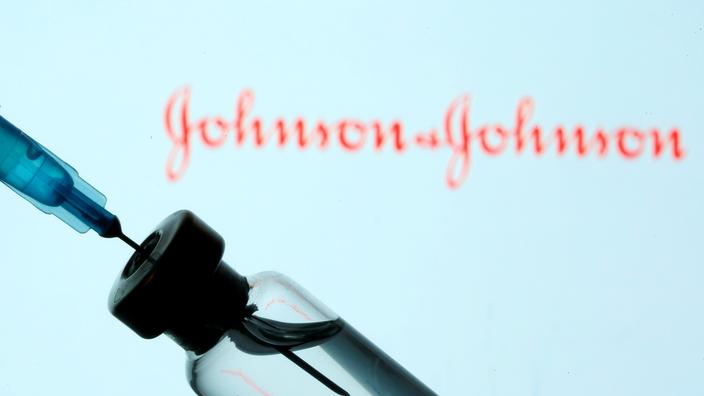