From Nuremberg to Las Vegas: German magician clears the US TV show - soon a show on the Strip?

A magician from Nuremberg can convince the cult magicians Penn and Teller from the USA with his trick. Maybe that's his ticket to a show in Las Vegas. A magician from Nuremberg can convince the cult magicians Penn and Teller from the USA with his trick.

Maybe that's his ticket to a show in Las Vegas.

- It is the "Germany is looking for the superstar" only for magicians and in the USA.

The TV show of the American magician legends Penn & Teller "Fool us" is looking for talents who manage to convince with their tricks in the classic casting show manner.

This year, a magician from Nuremberg * also took part and astonished even the industry's old hands.

Nuremberg: Kuch wanted to be a magician even as a child

The 46-year-old Christoph Kuch, who lives in Stein in the Fürth district but runs a magic school with colleagues in Nuremberg *, is already successful as a mental magician in Germany.

In 2011 he won the German championship of magic and in 2012 even the world championship in the mental magic division, writes

And now the man, who was given a magic box as a child and has not put his wand away since then, wanted to convince the elite of the magical world - and that with a goldfish bowl.

With a supposedly simple card and dice trick, he succeeded in convincing the magical duo Penn & Teller, who have been successful in America for decades, in the final show last Saturday (February 27th).

Due to the corona pandemic *, he was only able to perform his trick virtually, but that didn't detract from the enthusiasm of the two jury members.

At the beginning of his performance you can see Kuch with a scarf over his head.

A woman from the audience - the trick was recorded last year in the Stuttgart Renitenztheater with 20 spectators - has to draw a randomly selected card from a pile.

Different professions are noted on all of them.

She gets the astronaut.

Then Kuch pulls the scarf from his head and sits in front of her in an astronaut helmet.

Nuremberg: Penn & Teller were only able to put twelve people into it

Even after the first part of the trick, Penn, whose full name is Penn Fraser Jillet, and his partner, who only goes by the name Teller, are thrilled.

Both have been doing the show “Fool us” (“Leg us in”) for ten years.

The aim of the show is to show the experts a trick that they cannot decipher.

According to Penn, there have only been twelve people in that time who have succeeded.

And Kuch is one of them now.

In the show “Fool us” by the magicians Penn (left) & Teller, the Nuremberg mentalist Christoph Kuch took first place.

In the second part of his demonstration, the magician from Nuremberg * shows objects numbered from one to six.

He then asks a spectator to throw a dice.

It will be the three.

The third item is a stuffed animal fish.

Kuch then takes off his astronaut helmet and spits a live goldfish from his mouth into a glass.

"What a crazy number", Penn comments on the appearance of the German magician.

Nuremberg: Victory on the TV show could be the stepping stone to Las Vegas

Penn and Teller wouldn't be professionals if they didn't already have an idea how the trick could work.

They have to explain their proposed solution to another jury, who learned from Kuch how the trick works.

Everything happens behind the camera so as not to reveal too much to the audience.

Only when the cameras come on again will the result be announced.

The presenter speaks on Saturday night - also on Kuch's 46th birthday - the perhaps life-changing words: “You set her up.” Kuch cheers, while Penn and Teller are probably still pondering the trick.

It is not yet certain whether winning the show will be the 46-year-old's big stepping stone to Las Vegas.

He will definitely travel there if the corona numbers allow it.

Because part of the profit is an appearance together with the cult magicians in the American gambling metropolis.

It is unlikely that he will tell the two of them the trick there.

You will always receive the latest news from Nuremberg and the region from us.

From Nuremberg to Las Vegas: German magician clears the US TV show - soon a show on the Strip? 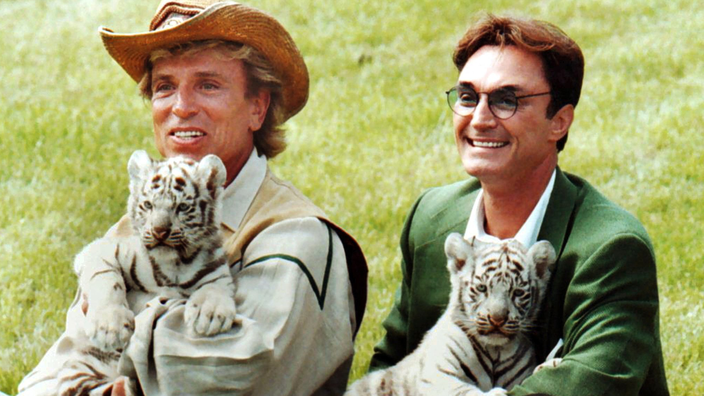 The magician Siegfried Fischbacher, of the duo "Siegfried &amp; Roy", has died “Siegfried and Roy”: After Roy's death, Siegfried also dies - the future of the white tigers is already clear

“Siegfried and Roy”: After Roy's death, Siegfried also dies - the future of the white tigers is already clear