No vacation before Easter? First details about the Corona summit known

The federal and state governments are again discussing the Corona measures today - but it looks like the tourism industry and those who like to travel have to be patient. The federal and state governments are again discussing the Corona measures today - but it looks like the tourism industry and those who like to travel have to be patient.

: All of Germany is looking forward to the Corona summit again today: The federal and state governments are again discussing the Corona measures that should be valid in the coming weeks.

The draft was drawn up by the federal states of Berlin and Bavaria as well as the Ministry of Finance - they are responsible for preparing the MPK.

lockdown should possibly be extended until March 28th

This continues to have a full impact on the travel industry:

Instead, the decision on this will be postponed again to the next Prime Minister's Conference - and it will take place on March 24th: “The light will be on further opening steps and the perspective for the areas of gastronomy, culture, events, travel and hotels not yet named here the infection situation taking into account the started test strategy, vaccination, the spread of virus mutants and other influencing factors at the next meeting of the Chancellor with the heads of government of the federal states ", according to information from the

: Italy and Austria far behind: Germans want to go on holiday here at Easter.

In addition, the Chancellery continues to advise citizens in the draft to stay at home if possible and not to travel: “With regard to the

, the federal and state governments urgently appeal to all citizens to travel domestically and abroad that is not absolutely necessary to renounce."

For entry from risk areas - i.e. countries where the corona incidence is above 50 - the quarantine obligation continues to apply.

Returnees have to go into self-isolation for ten days and can only end this prematurely with a negative test, which is carried out on the fifth day after arrival at the earliest.

In addition, those affected must complete the digital entry registration.

As far as the return from

is concerned, travelers have to be prepared for stricter measures: According to the draft, the quarantine should last

and must not be shortened by a negative corona test.

Vacation in Germany will probably only be an option again after Easter.

Corona summit from the federal and state governments: Hotels remain closed for the time being - first glimmer of hope

: At yesterday's federal-state summit, it was decided to

extend the corona measures until March 7

Hairdressers can reopen as early as March 1st, subject to strict hygiene and protective measures.

But what about hotels and excursions?

With regard to travel, nothing has changed so far with the new resolutions.

The government continues to advise against unnecessary private travel and visits, even to relatives

This applies to both domestic and national day tourist excursions.

Due to the coronavirus mutations, which have now also arrived in Germany, a

7-day incidence of a maximum of 35 new infections per 100,000 inhabitants is the new measure of all things

If this incidence is reached in a stable manner, the next step in opening retailers is to open with a limit of one customer per 20 square meters.

In addition, museums, galleries and body-hugging service companies should be allowed to open their doors again in this case.

The current decision also contains the

and other troubled sectors such as the catering trade.

With a stable 7-day incidence of 35, an opening does not seem to be planned yet, but the government wants to consider a concept in this regard: “In order to give citizens and companies planning perspectives, the federal and state governments are continuing to work on the development next steps of the safe and fair opening strategy with regard to contact restrictions, of culture, sport in groups, leisure time, gastronomy and the hotel industry, so that our life regains more normalcy ”, it says in the decision.

Possibly a relaxation for the hotel industry is only planned if the incidence of 20 new infections per 100,000 inhabitants in seven days has remained stable - at least that was indicated by a

that was sent to all country leaders and Chancellor Merkel in advance of the video switching conference (see last Update).

However, there is no mention of this in the current resolution, so it remains to be seen what the federal and state governments will decide at the next summit on March 3rd.

The government continues to advise against day tourist trips.

: Today, Wednesday, the federal and state governments are discussing the corona measures in Germany again.

Some information was leaked in advance - so easing for tourism and gastronomy is not yet in sight.

The federal and state governments, on the other hand, are planning to extend the lockdown - as it now exists - by at least two more weeks.

Thus, easing is not to be expected until March 1st.

However, the Chancellery and the country chiefs seem to be

Business Insider has a confidential paper from the State of Berlin, which chairs the Prime Minister's Conference.

It speaks of a

, according to which, depending on the incidence figures - below 35, below 20 and below 10 - there could be various easing measures.

In addition, dynamic factors such as the number of reproductions or the utilization of the intensive care beds should play a role in possible relaxation.

According to the current status, the 3-step plan provides that

relaxation for tourism is only possible

the incidence of less than 20 new infections per 100,000 inhabitants

in the last seven days

More precisely, tourist overnight stays could then be possible again.

The gastronomy should experience loosening even from an incidence of 35, so the idea.

Then, according to the plan, your own household and two other people are allowed to visit a restaurant - but with a curfew.

Only in the latter scenario should the curfew be omitted.

However, it is not yet clear whether this plan will be discussed at today's conference or not.

In addition, according to

, the current draft resolution, which is to be discussed by the federal and state governments, is not expected to be

Further tightening for travel and excursions?

First details of the federal-state summit announced on Wednesday

: After a long time, the corona incidence has finally fallen below a value of 100 new infections per 100,000 inhabitants in the last seven days.

The Robert Koch Institute reported a value of 73 on Tuesday (February 9th). Many Germans are therefore hoping at the federal-state summit on Wednesday that the corona measures * will be relaxed - especially the tour operators, restaurateurs and hairdressers affected by the pandemic.

Likewise, many Germans would like to be able to maintain more contacts and go on day trips again.

But is it actually realistic that the lockdown will be defused after February 14th?

Day tourists have to be patient

The first details of the decisions that will be made at the federal-state summit on Wednesday have already been leaked.

Among other things, Focus Online reports that

, according to internal information, the lockdown is to be extended until at least the end of February

prevent daycare and school openings for the time being,

There is currently no information on possible easing in tourism - which may indicate that there will not be any either.

A trip to the Baltic Sea or hiking in the mountains - many Germans would like to get out of their own four walls.

The RKI is said to be

the side of the

countless day trippers who are out

As Focus Online reports, from the point of view of the institute there are often avoidable and often unconscious contacts and thus transfers - even if the risk is personally assessed to be negligible.

The problem is that potentially infectious people emit a large part of their viruses before the first symptoms set in.

Therefore, with a view to the meeting on Wednesday, even

further tightening of day tourism could be possible

: Ski vacation 2021: When do the ski areas in Austria, Italy and Germany open?

“Third wave” on the march?

In particular, the corona variants from Great Britain and South Africa are currently only causing the government to think hesitantly about easing.

The SPD health expert even explains in an interview with n-tv: “We will get a third wave.

At the moment, that is almost impossible to avoid. ”According to him, the mutants should ensure that the number of corona cases in Germany rise again at the beginning of March - even in lockdown.

That is why there must definitely be an extension of the lockdown.

(fk) * Merkur.de is part of the nationwide Ippen-Digital editors network.

: Always bolder: Tourists circumvent the ban on accommodation in Austria so shamelessly. Mallorca-off after corona summit? The federal government is now planning this for those returning to travel 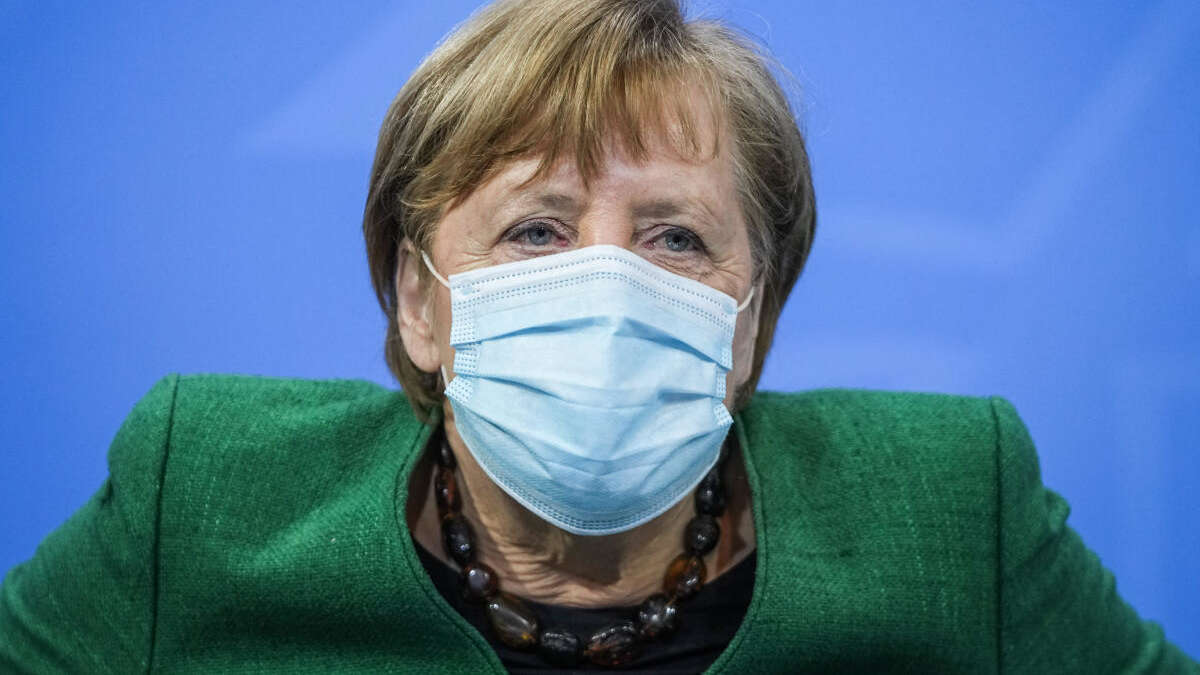 Leaked before the Corona summit with Merkel: New paper shows - special rules for Easter should come