Quacquarelli Symonds (QS), an international higher education rating agency, announced the 2021 global university subject rankings. A total of 72 courses in Hong Kong ranked among the top 50 in related subjects in the world, 4 less than last year, but overall courses were selected 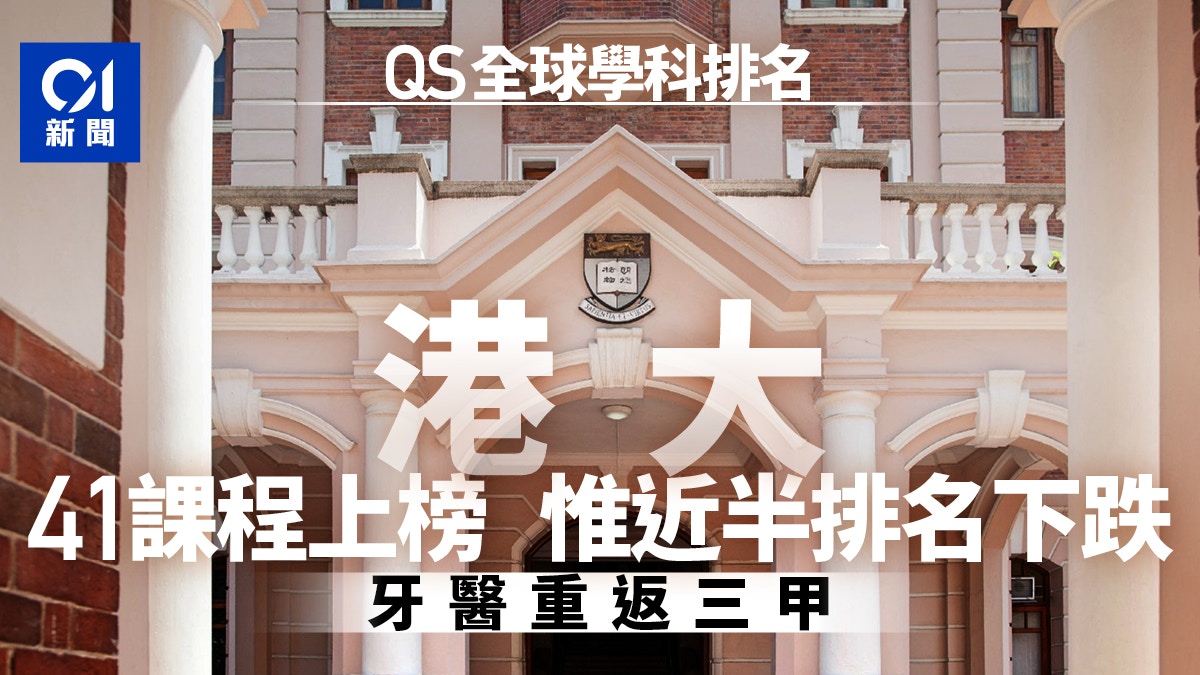 A total of 72 courses in Hong Kong ranked among the world’s top 50 related subjects, 4 less than last year, but the total number of selected courses reached 171, about 10 more than last year.

Among them, the University of Hong Kong has 28 subjects ranked among the top 50 in the global subject area, making it the fifth-largest institution in Asia, with 9 courses less than the first.

Under the new crown pneumonia epidemic, mainland China is committed to conducting research. Of all research on the new crown virus in the world, more than 10% are conducted by mainland universities, second only to 26% in the United States.

Among them, Wuhan University and Huazhong University of Science and Technology have risen in the QS medical professional rankings due to the publication of research papers related to the epidemic.

Based on academic reputation, employer evaluation, paper citations, and average academic productivity and influence, QS analyzes the situation of about 1,440 universities in 85 regions around the world in 51 disciplines, involving about 13,883 university courses.

QS announced the 2021 global university subject rankings. The University of Hong Kong has 28 subjects listed in the top 50 in related fields, making it the fifth-most university in Asia.

The Asian region continues to be ranked first by the National University of Singapore, with 37 courses in the top 50 in related disciplines, followed by the University of Tokyo in Japan (36 courses), Peking University in the Mainland (34 courses) and Seoul University in South Korea (32 Courses) ranked third and fourth respectively.

The University of Hong Kong ranks among the top 50 in the world with 28 courses, making it the fifth most in Asia.

As for the Chinese University, it ranked among the top 50 in the world with 19 courses, becoming the 8th most in Asia.

Four local colleges and universities have ranked among the top ten in the world.

In addition, the education courses of the Education University of Hong Kong are also good, ranking 16 in the world.

The President of the University of Education Zhang Renliang was pleased with the 16th global ranking of pedagogy. He bluntly said that the epidemic has changed the traditional teaching model and brought challenges to teaching. It is expected that online courses will continue to be the "new normal" after the epidemic. The University of Education has allocated additional resources to improve online teaching.

The best performance of the Chinese University of Hong Kong is communication and media research, rising 4 places and ranking 11th in the world.

CUHK's communication and media research ranks 11th in the world

As for the best-performing subject at City University, materials science is ranked 25th.

The computer science majors of 3 universities rank among the top 50 in the world: University of Science and Technology (30th), CUHK (31st) and Hong Kong University (43rd).

QS compared 51 disciplines this year, which is more than 48 last year.

A total of 171 courses from 9 tertiary institutions in Hong Kong were selected, about 10 more than last year.

A total of 41 courses of the University of Hong Kong made the list, which is the most in Hong Kong, an increase of 2 from last year, but 20 courses have fallen in rankings.

HKUST pointed out that university rankings have repeatedly risen and fallen due to different factors, and will refer to and grasp the areas that need to be improved, continue to promote innovative scientific research, and provide quality education.

According to CUHK, different rankings have their own scoring criteria, and the ranking results will also be different. The CUHK continues to pursue excellence in teaching and research, provide quality education, and contribute to Hong Kong, Mainland China and neighboring regions; Hong Kong University reiterated its commitment to providing quality education in teaching and research. It strives for excellence in knowledge exchange, and strives to become a world-class university in Asia and enhance the international reputation of HKU

In the QS2021 World University Rankings by Subject, 6 local tertiary institutions have been ranked among the top 20 in the world.

(The original chart was provided by Quacquarelli Symonds, and some data was revised by HK01 after being corrected by QS)

QS: Combining online and offline teaching can become "the most successful university in the future"

Ben Sowter, senior vice president of QS Think Tank, believes that Hong Kong is still a world-class higher education system, but global competition is becoming increasingly fierce. Any university or government should not be complacent and believe that it can combine online and offline institutions to provide first-class teaching. It is "the most successful university in the future."

The two highest-ranked university disciplines in China are civil and structural engineering at Tsinghua University and agriculture and forestry at China Agricultural University. Both disciplines are ranked 7th in the world.

There are 88 universities in Mainland China with a total of 731 courses on the list, of which 126 are among the top 50 in the world, the best results in the past 20 years.

The two highest-ranked university disciplines in the country are civil and structural engineering at Tsinghua University and agriculture and forestry at China Agricultural University. Both disciplines have risen 3 places in the global rankings year-on-year, becoming 7th in the world.

Overall, there are 303 universities in Mainland China that have improved their academic performance compared to last year. Among them, 92 courses are on the top of the rankings, while 200 subject rankings have fallen during the same period.

Ben Sowter said that over the past 20 years, the rising rankings of mainland universities have become a trend. He described China's higher education sector as being "prepared to lead the world in responding to highly complex and urgent challenges", and that the Chinese government and academic circles have "crafted well-developed strategies for decades." Ability" is reflected in this QS ranking.

For example, he pointed out that in addition to global pandemic diseases, the climate crisis is also true. The Mainland accounts for about 15% of the world's future development research on the earth, second only to 19% of the United States.

QS 2021 Asian University Rankings Hong Kong fell out of the top three, and Shuren continued to become the only private school in Hong Kong on the list 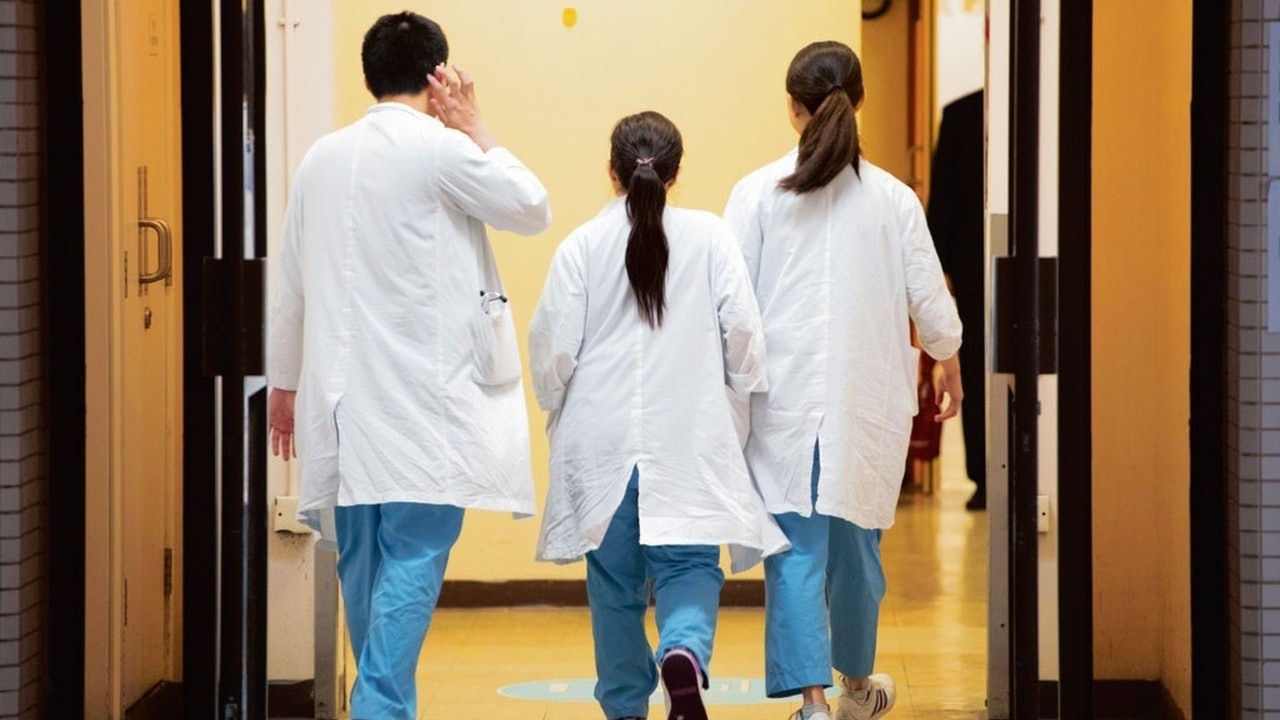 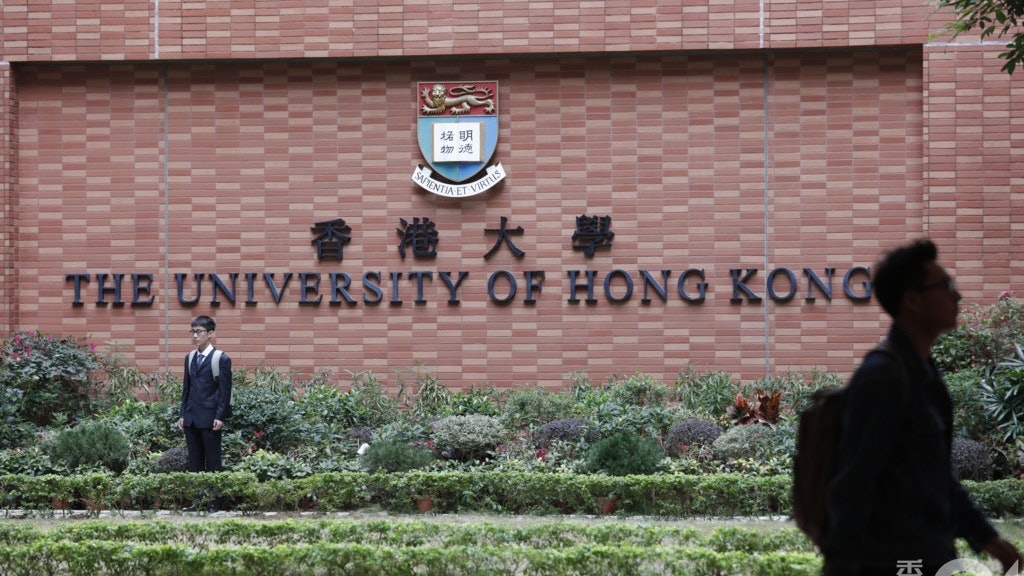 Hong Kong fell out of the top 50 in the global university reputation ranking, Tsinghua University ranked 2nd in Asia 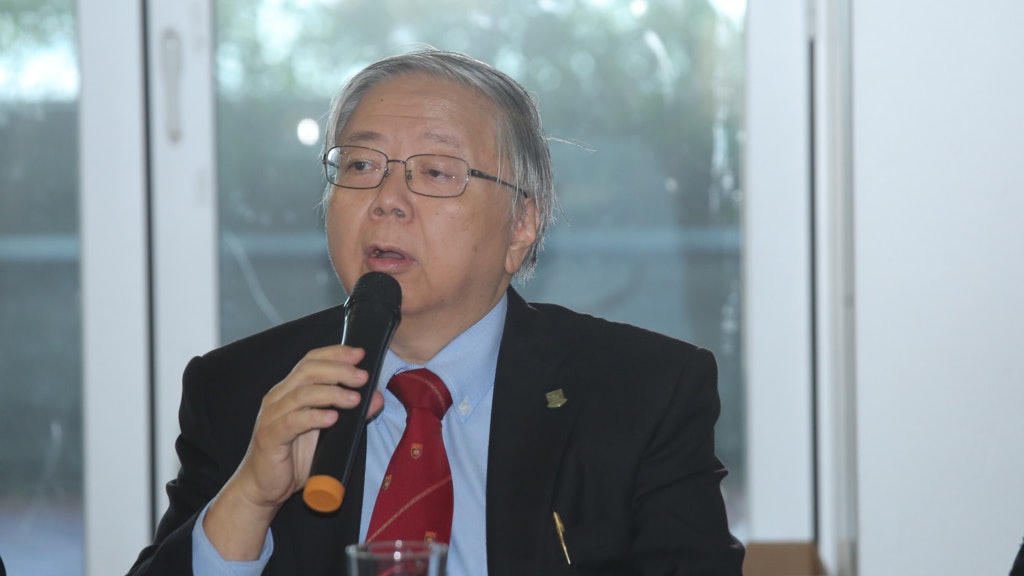 Wei Yonggeng, a 47-year veteran of the University of Hong Kong and the JUPAS designer of the university, was awarded the honorary title of University Fellow 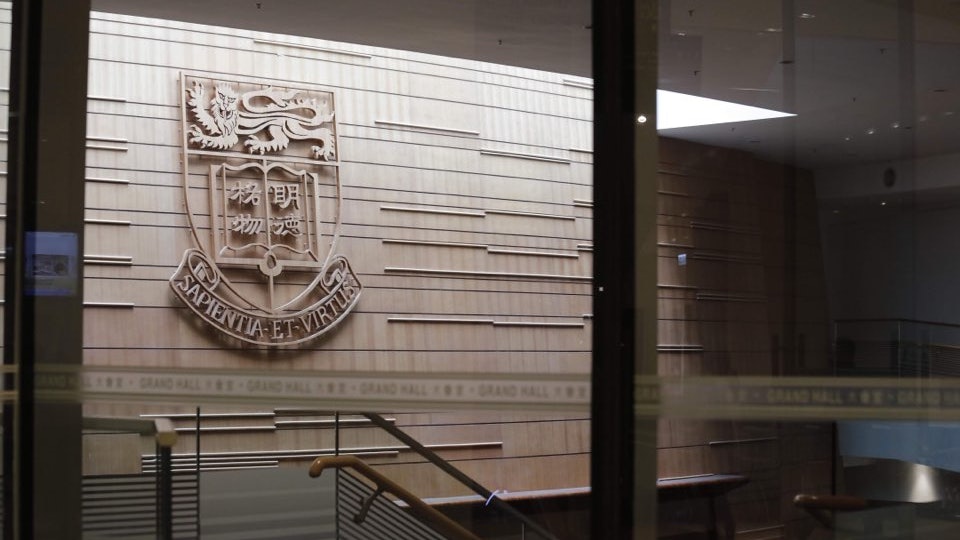 QS 2021 Asian University Rankings Hong Kong fell out of the top three, Shuren continued to become the only private school in Hong Kong on the list 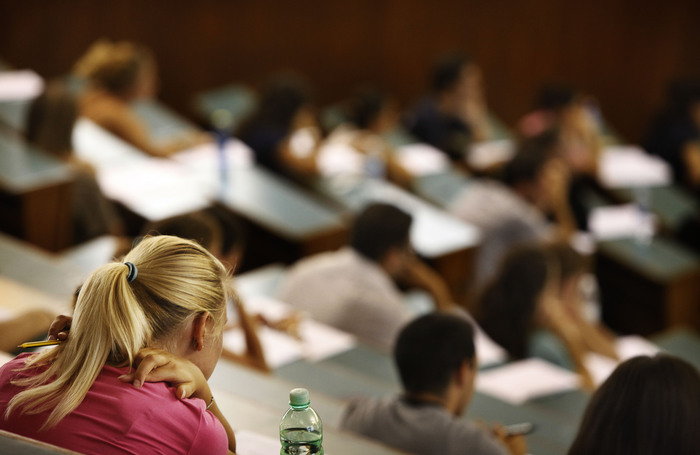 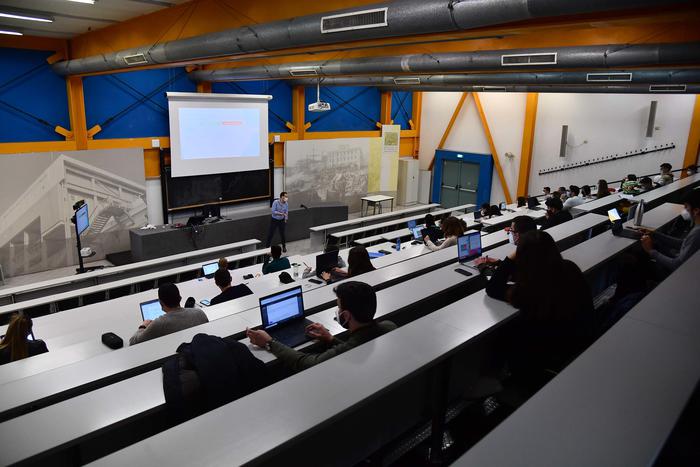 Top wisdom in the classic, Italy for Covid research 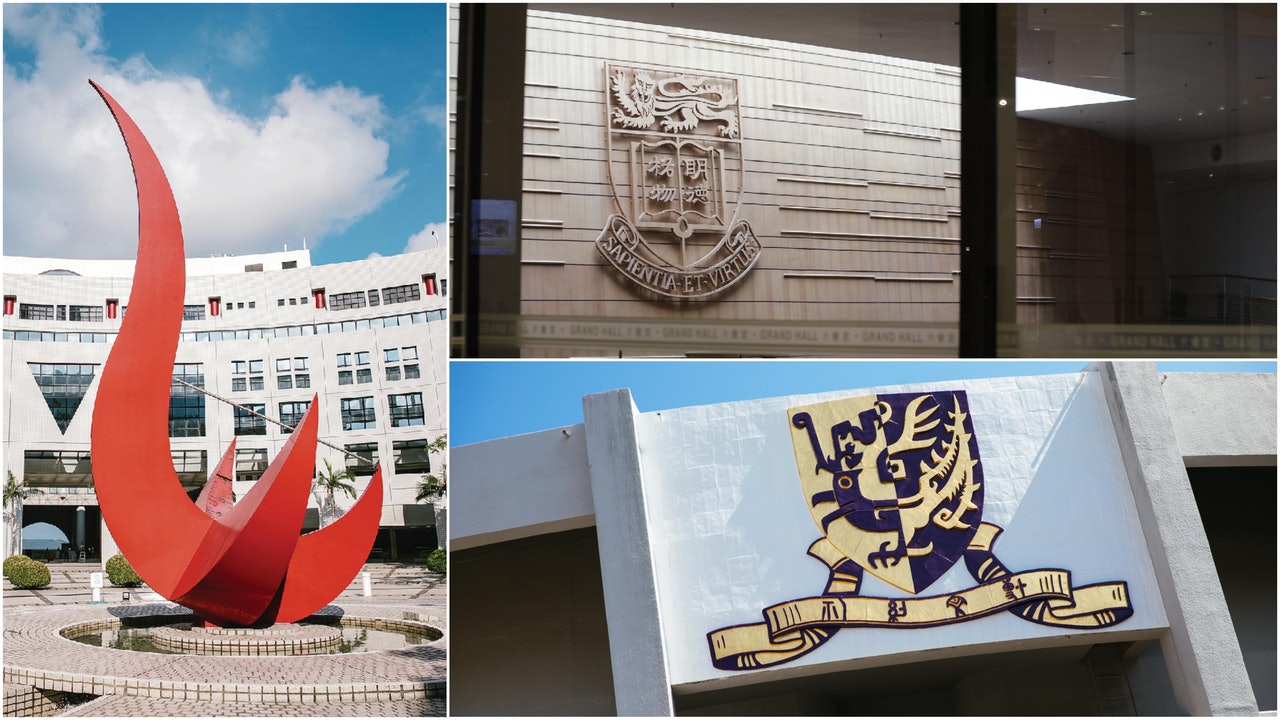